We're used to revivals of television shows. TV networks cancel shows all the time, and sometimes shows that fans really love get picked up by streaming services. We saw that recently with the revival of Lucifer on NetflixOriginally started as a disc-by-mail service, Netflix has grown to be one of the largest media companies in the world (and one of the most valued internet companies as well). With a constant slate of new internet streaming-based programming that updates all the time, Netflix has redefined what it means to watch TV and films (as well as how to do it). after Fox canceled it, and we're just got news of another streaming transfer as Hulu is taking over airing The Orville, also from Fox. And now we have another Hulu takeover of a canceled show, the resurrection of Veronica MarsWhen it first debuted on UPN, it's doubtful any suspected that this plucky "girl detective" television series would go on to spawn a movie, novels, and a revival series, keeping it fresh in the minds of fans 15 years (and more) later.. 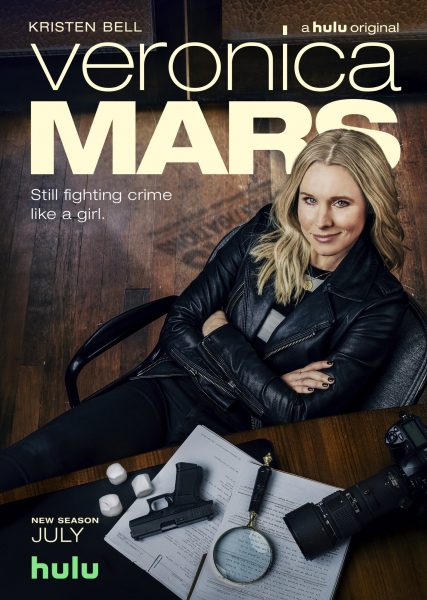 The path for the show to is streaming return was an interesting one, a path few other shows have tracked. It's something I touched upon in the first season review of the show, but about the only other shows I can think of to follow a similar path to Veronica Mars -- from short-lived television show (with a heavy dose of executive meddling in the third season), to a cinematic revival (and a novels, too), before returning to the air in some capacity -- is Star TrekOriginally conceived as "Wagon Train in Space", Star Trek was released during the height of the Hollywood Western film and TV boom. While the concept CBS originally asked for had a western vibe, it was the smart, intellectual stories set in a future utopia of science and exploration that proved vital to the series' long impact on popular culture.. And you wouldn't expect that same kind of fervent dedication to a little, teenage noir show as you would for a sci-fi epic. And yet...

That said, the new season of Veronica Mars goes out of it's way to be an of-a-piece continuation of the original series, picking things up just a few years after the movie (which, itself, was an direct continuation) as if nothing has really changed much for the characters. Veronica (Kristen Bell) is still Veronica, still the Private Investigator we've always known her to be, still working out of the same office space with her father, Keith (Enrico Colantoni) at Mars Investigations. She's still dating Logan (Jason Dohring), and the two of them still have a rough relationship as they each can be prickly in their own ways. That relationship is further tested when Logan proposes and Veronica immediately says no -- she likes the space they're in and, after seeing both her and his parents fail in their marriages, plus all the failed marriages she's seen working as a P.I., she hates the whole concept.

Outside of our returning characters, we have the fourth major "character" of the show: Neptune, CA. Neptune is a cruel mistress, a sunshine-bathed temptress (as opposed to the usual dark and stormy setting of most P.I. shows), that, this season, is going through its own bit of a struggle. While normally Spring Break is a great time of year for the businesses along Neptune's boardwalk, a series of bombings along the business district (along with other petty crimes adding fuel to the proverbial fire) has shaken the district. People are fleeing the beaches, taking their money with them, drying up business. Veronica and Keith end up on the case, hired by a wealthy senator after his son is maimed in the first bombing, and as they dig they find a conspiracy over land deals... along with a few other dark and sinister dealings.

As an eight episode season, this Hulu revival shares much in common with the maligned third season of Veronica Mars. The season has a much tighter focus on the main plot line, rarely having the main characters of Veronica and Keith deviate from the bombing case. It also sends a number of the usual main cast, such as Wallace (Percy Daggs III), Weevil (Francis Capra), and Mac (Tina Majorino), into lesser roles (or, in the case of Mac, not showing up at all). This does change much of the dynamic of the show -- it's more focused, but many of the enjoyable narrative diversions, such as finding out what Wallace is up to, what trouble he's getting into while veronica is off on her own case, are lost. 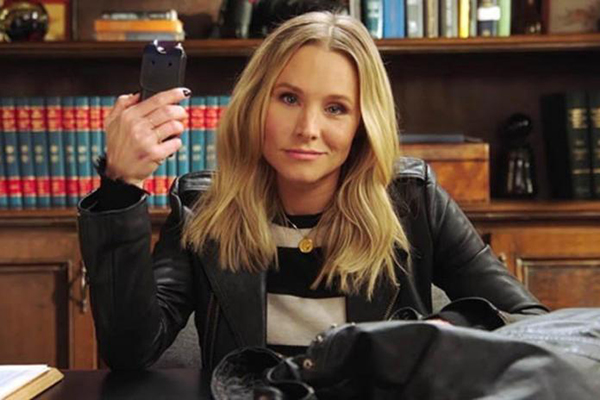 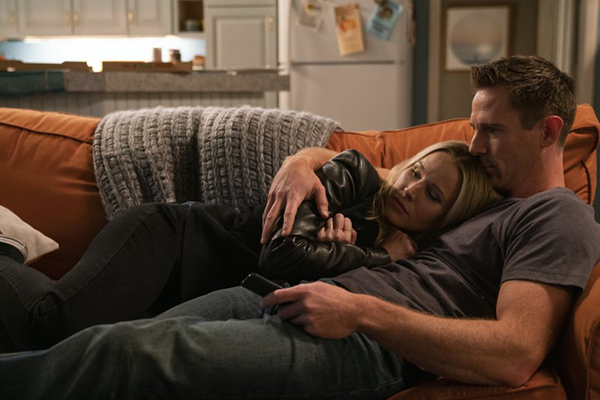 In fact, this season is so focused it feels like "The Veronica Show". Yes, she is the titular character, but previous season tended to feel like ensemble episodes. The various recurring characters would each have their own lives, their own stories going on, and they didn't always have to tie into what Veronica was doing -- second season, for instance, featured an episode where Wallace had his own case that he handled himself because Veronica was too busy with her own plot line Storylines like that helped the world of the show feel more full, more real. Here, everything is about Veronica, in service to her and her needs and her cases (which, honestly, are usually the same thing).

This, in turn, only highlights the biggest issue with the series: Veronica really isn't that likable of a character. In the previous series the show had a running gag about how Veronica would always ask favors of everyone else. She was a user, making everyone else rotate around her whims. The series was able to balance that out, though, by having other characters come to the forefront and ask for help from Veronica, which in turn made her into a kind of give-and-take guardian angel. Without that balance, though, Veronica is all take, all need without anyone or anything to balance her out. It makes her very self-centered, a less-than-pleasant person to be around.

It's a shtick that wears thin this season even with the continuing awesome performance of Bell. She's great as this character, no mistake, and even at her worst (and this season does seem to want to highlight Veronica t her worst), Bell still makes her scenes enjoyable. You don't want to dislike Veronica, no matter how much the story makes her into a terrible user, and that's a credit to Bell. Plus, her continuing, awesome banter with Colantoni continues to be a highlight of the series. If Veronica didn't have at least Keith to balance her out, this show just wouldn't work.

What's most surprising is that the series is able to reform Logan into likable character. I noted in my review of the movie that Logan felt sanded down, less interesting than he was in the show. We still get a "good guy" version of the character here, but some of that spark returns, little peeks of the old Logan coming out. I like that the series is able to make him a better person while still having the fire, but the issue here is that Veronica has a sort of abusing relationship with him. He's a better person now, but Veronica doesn't like how normal and evened out he's become. She wants the fire, and she brings it out of him, but even he notes that her behavior isn't healthy. 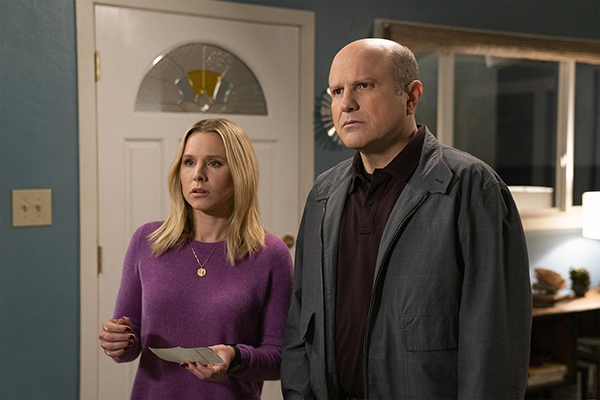 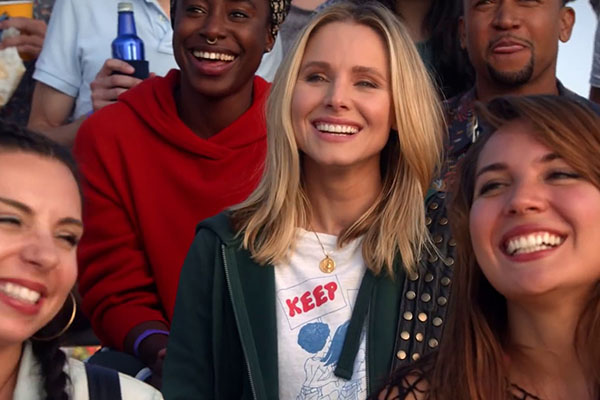 of course, it's easier to accept a driven and focused Veronica when she's dealing with a serial murderer. The bombs keep coming, getting more pointed and more personal (and, later on, with notes attached). Veronica has to devote a good amount of her life to finding the person responsible for these crimes, and at least on this front the series is firing on all cylinders. This is probably the most interesting, and best developed, major case the series has ever presented. It's deeply considered, with a number of narrative paths for the heroes to take, with plenty of clues and red herrings for the team to explore along the way. I appreciated the level of care taken with this case as well as the fact that it always felt like we were getting all the information we needed to solve the case on our own. The major players are all introduced early and, once all the pieces fall into place, we get the connections between the crimes and can identify the murderer.

Detective shows aren't easy and, as early season shows, it's all too easy to go for a flash twist that wasn't very well established. A side character with little development could suddenly become to killer despite us having to reason to suspect them. Here, everyone that could be the killer is given plenty of time and development such that the ending of the series feel narratively satisfying. And, as a bonus, the eight episode length of the season never feels overly long -- this isn't a streaming season with too much padding. In most respects, then, this season is well conceived and developed, showing the right level of care from all involved parties to make it as good a season of the show as they could.

Is that enough? We have a great mystery with solid development, but it's dragged down a bit by a lead character who is, at times, kinda crummy. But then maybe that's purposeful. Maybe, in the same way that Neptune is Veronica's city, her cruel mistress bathed in sunshine and sea spray, Veronica is her own mirror of other, self-absorbed, hard-as-nails private eyes. Maybe the show is playing directly with those tropes this season, just gender-flipping them (with Logan as her "girl on the side"). It certainly explains some of the narrative decisions (even if it doesn't totally excuse them).

I think, for most fans, this season is going to be viewed as another satisfying entry in the franchise. It's a pretty solid season overall, and its few flaws can be explained away in service of detective tropes (as well as a shorter episode order). It's not perfect, and I know there are plenty of detractors out there already (I've read more than a few angry reviews so far), but I think the good far outweighs the bad. For me, this season was solid enough that if and when Hulu announces season five of Veronica Mars, I'll be there.