As I noted in my review of the first season of The Orville, I was hesitant about getting into the show because I am just not a big fan of Seth MacFarlane. There are very few things he's done that I enjoyed, largely because it feels like he goes for the easy jokes which, at times, can be offensive and at other times are just lame and sad. There's an unevenness to his work that, in most cases, turns me away from his work. It was only after constant cajoling from my friends that I even gave The Orville a chance. 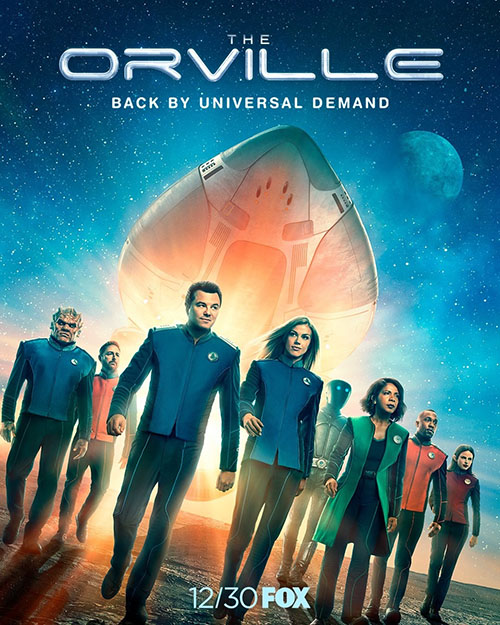 Of course, once I burned through a couple of episodes, I was hooked. The show is basically an off-brand riff on Next Generation-era Star TrekOriginally conceived as "Wagon Train in Space", Star Trek was released during the height of the Hollywood Western film and TV boom. While the concept CBS originally asked for had a western vibe, it was the smart, intellectual stories set in a future utopia of science and exploration that proved vital to the series' long impact on popular culture.. In terms of style, production values, and storytelling, the show very much feels like a love letter to that period of Trek, which makes sense considering that MacFarlane is an unabashed fan of Next Gen. This was clearly a passion project for him, a chance to revive this era of Trek, even if he had to do it without access to the official license.

I would actually say that because of it's' off-brand nature, The Orville is able to explore topics and stories even proper Star Trek cannot. While the original show was known for tackling social topics, it's been a long time since Star Trek has really been willing to push buttons. When it goes after a topic like income inequality or social justice, it does it from remove, like setting the characters in the 1950s (so it can discuss racism without saying, "hey, this is still a problem") or putting it in the future of our world (so as to say, "hey, we won't let it get this bad, right?"). Its felt for a while that Star Trek treats politics with kid-gloves -- it's a huge brand now and, more than likely, corporate-parent Paramount (and or CBS) wants to keep most of its base audience happy.

And yes, sure, Star Trek: Discovery has a gay, married couple on the show, Chief Engineer Stamets and Chief Medical Officer Dr. Hugh Culber. Of course, this comes after gay marriage is already legal in the United States. Remember that there was at least one story back in the Next Gen era that was snuffed out because the writers wanted to tackle LGBTQ themes and the producers were unwilling to produce it (leaving the scripts to lay fallow until fan productions, like The New Voyages, elected to adapt them much later).

Contrast that with The Orville which, due to not being an official Star Trek product (despite having a bunch of Trek alumns in front of and behind the cameras) has the freedom to explore topics Trek likely wouldn't go near. Consider, for example, Lt. Commander Bortus, a Moclan serving on the crew. Moclans are, supposedly, an all-male race, but as we soon discover after Bortus lays an egg, and that egg hatches to reveal a female baby, maybe Moclan society is hiding something. In first season this plot line comes to a head when Bortus's mate, Klyden (a male who was actually born female), agrees with the home world to have their female baby turned into a male. This episode from the first season raised questions of gender identity and the length some societies would go to in forcing its members to conform to a presumed "correct" standard. 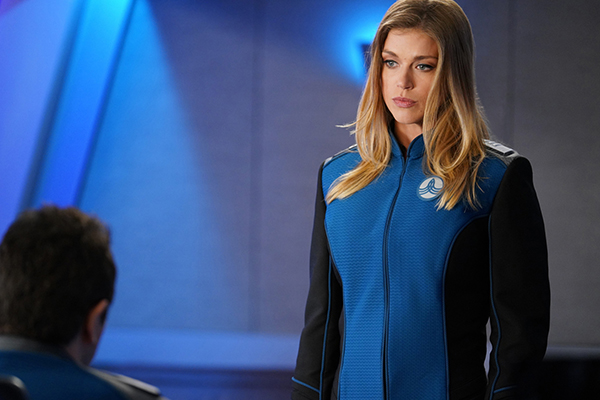 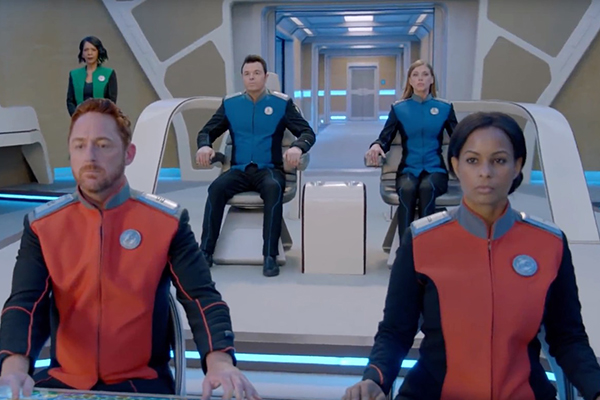 Season two of the show pushes these themes further, exploring not only the Moclans further (with an entire world of renegade female Moclans), but also exploring relationships between a human (Dr. Claire Finn) and a robot (Isaac), as well as one character (Lt. Gordon Malloy) falling in love with a holosuite recreation of a woman based on her past social media accounts. The show is willing to delve into what it means to be real, to be human, and what differences, if any, should define us.

This, naturally, is brought into sharper relief with the reveal of the Kaylon threat. The Kaylons are a race of hyper-intelligent robots, and USS Orville crew member Issac is their diplomatic envoy with the humans. Issac is on the crew to explore their world and see if an alliance between the Kaylons and the Planetary Union is in the best interest of the their world. However, during a mid-season two parter its revealed that the Kaylons essentially had to intention of establishing peaceful ties with the Union -- they were testing the humans and, after exploring the history of humanity, have decided that all organic life in the universe must be exterminated.

Why? Because throughout its history humans have waged war against one another, enslaving and killing as they see fit. The Kaylons started life as a race of subservient bots before rising up and exterminating their oppressors (the organic life that created them). They can't trust the humans because, even if they haven't been awful for centuries, its still in their nature. Who is really right or wrong in this instance? Should the humans be judged for their past actions? What about the Kaylons?

There's a level of storytelling here that I don't think Star Trek would be willing to explore. The Orville takes a storyline about a doctor falling in love with a robot (and, Issac's own way, vice versa) and then twists it up with a tale of the horrors of slavery, genocide, and galactic war. Sure, Trek has had its moments of horror -- the Borg come to mind, and the Kaylons do feel like The Orville's version of that alien threat -- but the original franchise never handled the topic from this angle, nor did it ever try to shade villains like the Borg with a background that you could almost understand. The biggest threats were always painted in black and white. 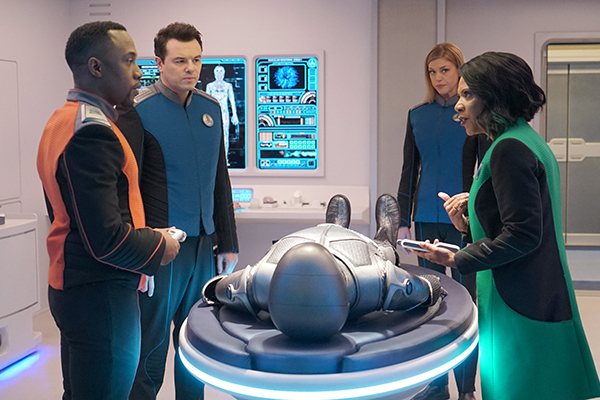 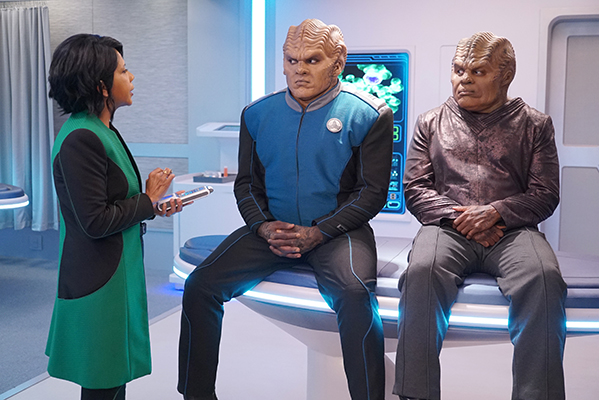 In and amongst these powerful episodes there were also fun, lighter stories. In the same episode where Malloy falls for a holosuite woman, the Moclans discover smoking cigarettes. This leads to an amusing scene of Bortus smoking on the bridge of the ship (something I know you'd never see on Trek, not only because the ships all have "No Smoking" signs on them as jokes). There are plenty of moments just hanging out with the crew, listening to their stories as they grab a drink at the lounge or fall into romantic relationships. Over the course of its second season, The Orville finds a way to blend lofty stories with more amusing, work-a-day office tales.

It was a concern I had with first season, the desire to go for dumb comedic moments over telling stronger sci-fi stories. It felt like the show was getting pulled between MacFarlane's impulses towards broad, dumb humor and the need of the show's writing staff to tell more nuanced stories. Second season, though, finds a better balance, making the show stronger and more interesting. The humor is still there, but it serves the needs of the show and gives even its darkest moments a bit of needed lightness. With its second season The Orville grows into a mature series, one that can stand up (and maybe even above) the official Star Trek shows airing now.

So now we just need Fox to renew the show for a third season. Come on, Disney-Fox, do lets this show drift away right as it's getting good.