The One Without Spock

After the heights of Star Trek II: The Wrath of Kahn it would be hard for any film to follow. How do you reach the same heights with a new story? Do you need a new villain just as cool as Kahn, and is it even possible to find one with that kind of built-in history? The next film in the series, Star Trek III: The Search for Spock, largely tries to side-step this issue by tackling a more personal story for the crew. It's not always successful, but it's still a fun little flick in its own way. 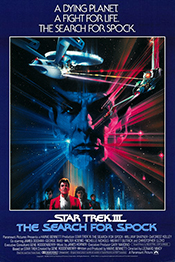 After Spock's death in the last movie, with the crew launching him, via photon torpedo coffin, onto the surface of the Genesis Planet, the crew of the Enterprise heads home, ready for some rest and relaxation while they mourn their lost crewmate and fix the Enterprise. However, a couple of issues get in the way almost immediately. Firstly, Starfleet has decided to decommission the Enterprise -- she's an older ship, and with the amount of damage she sustained from Kahn, repairing her just isn't worth it. This is sad enough news, but then Kirk gets a visit from Spock's father, Sarek, who tells Kirk that Spock's mind could still be alive but they need his body for a Vulcan ceremony to ensure his passage to the afterlife (Vulcan mumbo-jumbo inserted here).

Soon, Kirk has figured out that before he died, Spock passed his consciousness on to McCoy. McCoy, for his part, has been acting really squirrely, so this seems to make sense (in a Vulcan superstition kind of way). After Kirk lodges a request to go back to Genesis to recue Spock, one which the Federation denies (as the Genesis Planet is a no-fly zone due to politics), Kirk and his crew steal the Enterprise and travel back to Genesis anyway. What they find there, though, is a somehow reborn Spock. Oh, and also a whole lot of Klingons.

As much as I understand the desire to have a villain in the movie, the Klingon plotline is the least interesting thing about the film. Commander Krug is an underwritten role and while Christopher Lloyd certainly does his best with what he's given, there just isn't a whole lot he can do. The film doesn't spend enough time with the Klingons to really make them a threat, and their plotline of "the Federation created a super-weapon so we must have it" is dangerously close to a retread of Kahn's motivations. If the film had given the Klingons more to do, instead of just using them as, essentially, a generic villain to throw against Kirk, this part of the movie would have been better. 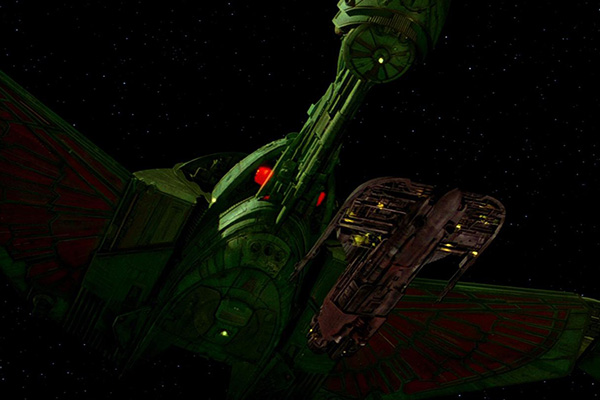 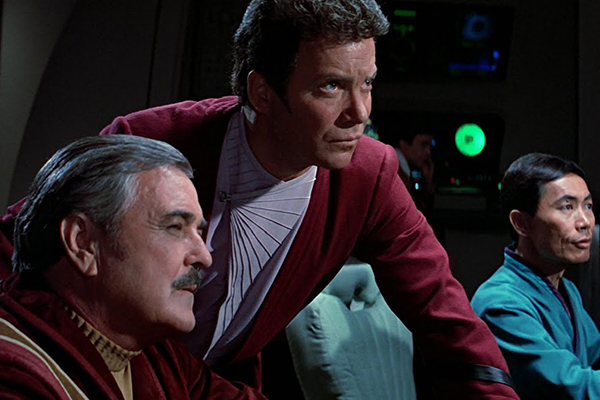 The bigger issue, though, is that the film undersells the Genesis Planet. Created at the end of the previous film, the planet seemed like a world of hope and potential. The act of sending Spock's body down to it made it feel like a new beginning, a gift of a protector (even if only in spirit) to guide this fledgling new world. That's the tone at the end of Wrath of Kahn, so a film that goes back to the planet immediate, as Search for Spock does, should explore that hopeful new world and show it's true potential, right?

Nope. As we learn in Star Trek III: The Spockening, Genesis was actually built on shaky ground, so to speak. Kirk's son, Dr. David Marcus, designer of the Genesis Wave (the particle or whatever that powers the Genesis project), used "protomatter" in the device to make the reaction work. Protomatter is, apparently, dangerous and volatile and scientists in the future apparently don't use it for blah blah reasons. Thus, the Genesis Planet is already dying, with days, maybe hours, left to it before it explodes. That completely undermines the hopeful message at the end of the last movie, while also making you wonder, "why even bother studying this planet if it's already going to go 'splode?"

It doesn't help that the scenes filmed on the Genesis Planet are absolutely fake looking. Every shot there is clearly on a sound stage, a budget-saving maneuver that makes the planet look fake. It's hard to care about anything going on with Genesis when it's clearly cardboard, Styrofoam, and a few fake plants. Craft Services is clearly just outside the shot, waiting for the actors to return when the scene ends. It's silly and dumb and I really just couldn't invest in anything on Genesis because of it.

This sucks, because the actors are clearly investing in the material they're given. The first half of the film is great, with the characters plotting a way to get back to Spock before pulling off a great caper to steal the Enterprise. All of these scenes are top-notch and if the rest of the film could have been like this, somehow, it would have been great. But then the film just has to mire itself in bad science and silly Klingons and it all falls apart. Saavik, too, who's part of the team on the planet, gets a great scene where she can invest both in the emotionality of her character while still playing her as very Vulcan. This is a high point for the character, and new actress Robin Curtis really sells the scene. 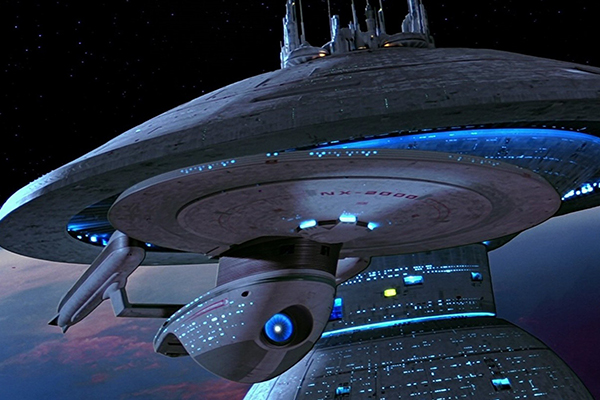 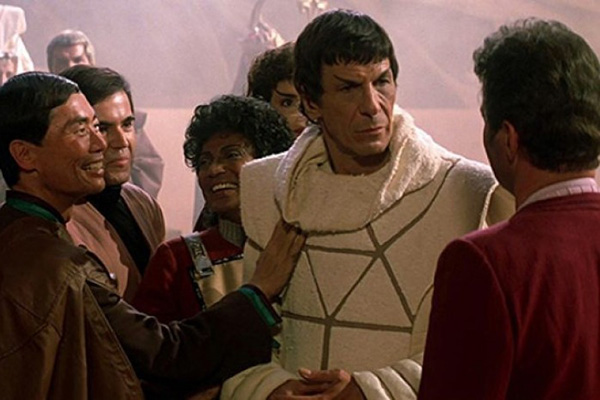 If you've wondered why I've barely talked about Spock when this should be his movie, that's because the Spock we get is a non-entity. He's a wordless character that quickly ages as the planet does (because "something something science") before, conveniently, being saved by the crew of the Enterprise right when he's back to the age he was at the end of the last movie. Sure, it's nice because we don't have to recast Spock, but at the same time it all ties up too neatly with a bow and, before that, Spock just stands around, a dull husk waiting for his brain.

I think the real issue with Star Trek III: The Search for Spock is that Paramount made it into a movie. Clearly, the Trek franchise was all about the movies when this came out, so it had to be a movie, too. But it's not hard to view Star Trek II: The Wrath of Kahn as what could have been an awesomely paced two-part episode that could have closed out a season of a show. Trek III, then, could have been an episode to tie up a loose end, a way to bring back Spock after a hiatus, but it wouldn't have had to be a mega-episode. Maybe aired at the start of the next season, or maybe mid-way in to drive up ratings with a returning cast-mate.

What it didn't need to be was a movie. By stretching the film out the cinematic length, the producers had to put in a lot of padding that betrays the great material within the script. If it had been smaller, or had time to focus on what worked, Star Trek III could have been great. Instead, it's just kind of middling. Not as terrible as some Trek films, but also nowhere near as good as the movie that came directly before.