We certainly don't lack for Star TrekOriginally conceived as "Wagon Train in Space", Star Trek was released during the height of the Hollywood Western film and TV boom. While the concept CBS originally asked for had a western vibe, it was the smart, intellectual stories set in a future utopia of science and exploration that proved vital to the series' long impact on popular culture. at this point. It's absolutely incredible to think that we went from a point where there were no Trek shows on the air, and no movies in development, to having five shows actively going at the same time (a feat even the TNG era couldn't match) and at least one new movie in development. The fandom has really seen quite the shift over the last few years (all thanks to the rise of streaming services). 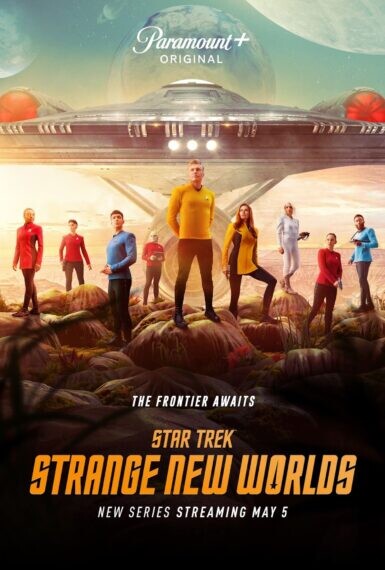 Of course, while we do have a ton of new shows, not all of them have been good. Discovery took a little while to find it's feet, Picard has been nothing but a train wreck, and Prodigy was amusing but slight (to the point that I haven't yet finished it because, eh, I just haven't cared). The one bright point was Lower Decks, an episodic comedy show that worked so well largely by doing all the things the others shows didn't: caring about its characters first and then investing deeply in the overarching mythology of the franchise. It might skewer Trek but it does it lovingly.

Loving is probably the best term I can use to describe the fifth Trek show to join the ranks of Paramount+, Strange New Worlds. Although may complained that we didn't need yet another show that explored the TOS era of Trek (what with the The Original Series, The Animated Series, and then two seasons of Discovery), but there's no arguing that an interesting angle was set for the series. Following the adventures of Captain Pike (Anson Mount returning to his the role after his great run in Discovery season two), the show provides a captain we didn't really get to follow much originally (just "The Cage" and "The Menagerie" going by the original continuity) so we can see his captaincy aboard the U.S.S. Enterprise.

I actually think this angle is interesting simply because Pike aboard the Enterprise is something we didn't really get to explore before. It's a period of Federation history we know from reports (and three episodes), but hadn't really seen. The character was rich for exploration (as proven by his stint on Discovery) and this show would help to actually fill in a period of Trek history viewers might actually want to see. Yes, sure, some characters will naturally have plot armor -- Pike and his known fate, plus Ethan Peck's Spock, Celia Rose Gooding's Nyota Uhura, and Jess Bush's Christine Chapel, plus, naturally, the ship itself -- but the series is able to tell a lot of stories with energy, heart, and stakes simply because so much of what happens here can set its own course free of ties to any other series. It works really well. 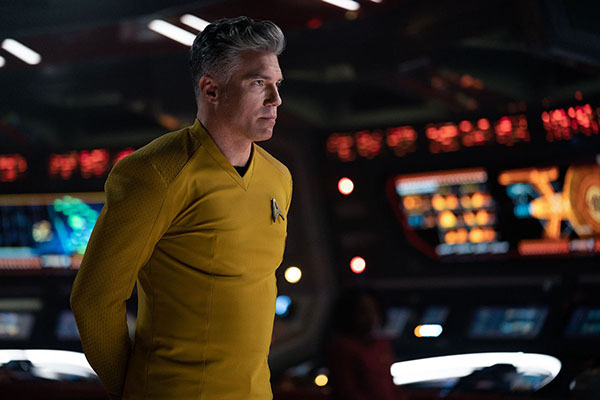 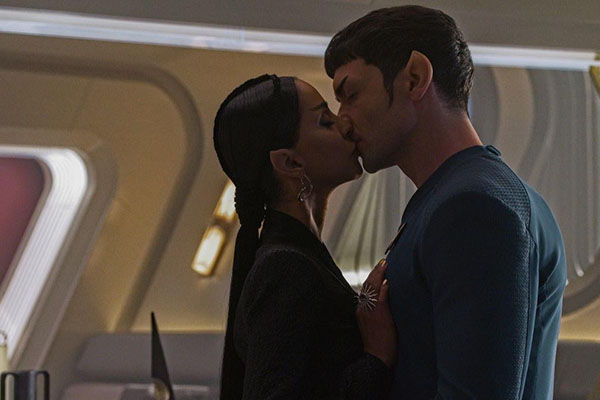 That's the beauty and magic of Strange New Worlds. Each episode can be whatever the show wants it to be without any worry about serialized storytelling or season long arcs. It shares that DNA with Lower Decks as well as every older show in the series, and is a strong step away from the format of Discovery and Picard. The show doesn't have to strain to fit a big, "important" arc into its framework because it doesn't need one. The goal is to explore and see what the universe has to offer and so the show does, episode to episode, reveling in just enjoying the adventure.

There's something pure and fun about Strange New Worlds that's missing from much of the more recent Trek. Freed from the confines of trying to fit in a villain, or some universe-ending threat, the show can instead look at what happened in the era of TOS and explore any narrative diversion it wants. A comet that worshiped as a god? Sure. Spock body-switching with his fiancee? Why not. Dealing with tense trade negotiations, or delivering first aid, or fighting the Gorn? All in a day's work for this crew. Each adventure is different from the next (there are no two-parters in this first season) allowing the show to truly have fun in this era so it can find cool stories to tell any way it wants.

Not every episode is a winner, mind you. "Lift Us Where Suffering Cannot Reach" has a plot that feels like it was taken out of a third rate The Outer Limits episode (not even good enough for The Twilight Zone), while "The Elysian Kingdom", sweet as its intentions might have been, is a slight fantasy tale that feels out of place in this series. This episode actually reminded me of one of the many TNG, "oh no! We're trapped on the holodeck" episodes, just without the holodeck (but all the tedium). It's cute, but not great.

A couple of only okay episodes, though, are balanced out by a series of very strong stories. Each episode is designed to explore a couple of the crew members and give them their due. Unlike on Discovery you actually et to know every bridge officer on this show to the point where you not only know their faces but their names and can identify their personalities. You know how they'll act and you can tell when something seem off or out of character for them. The stories compliment the crew (and vice versa) showing the producers know exactly what they're doing with this series. 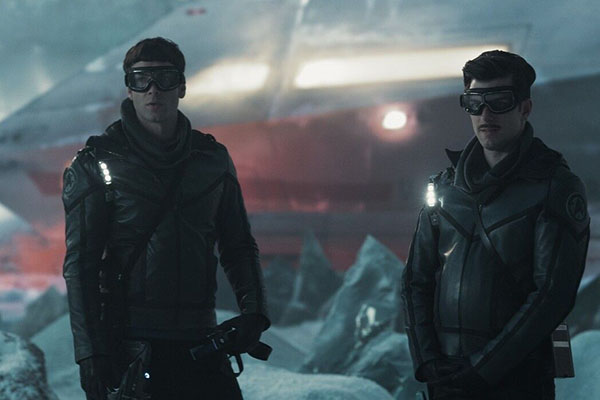 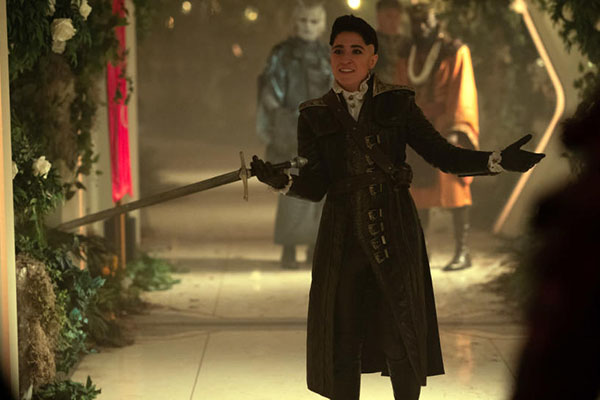 As far as the crew, there really aren't any bad characters here. Some inclusions might seem questionable at first, but they all grow on you eventually. Having Gooding's Uhura here (on her first training cruise) might seem odd, yet another legacy character added simply to make this feel like TOS, but she's given plot lines that help grow her beyond just a rehash of her character from the classic shows and movies. Meanwhile, new character La'an Noonien-Singh intermediately threw up red flags for fans due to her obvious connection to Kahn. Instead of just being a character there to reference "Space Seed" and The Wrath of Kahn, La'an, has her own story going on (or loss and grief and PTSD) as well as anger towards genetically modified beings. It's a nice twist on what could have felt like a stock character, allowing her to grow beyond her ancestor.

Plus, let's not undersell how nice the Enterprise looks here. The ship has gotten a further face lift since Discovery, getting a retrofit to modernize it. It does look nicer, and prettier, than it ever did in TOS, but there are still enough solid references to classic design to allow the ship to feel a connection to her classic look. This is how you update a ship into a new era while still keeping its referential continuity in check.

The current era of Star Trek has been hit or miss, but there is no doubt that Star Trek: Strange New Worlds is an absolute hit. It gets all the nostalgic feels going without playing just to the classic fans, all while telling solid stories with a great crew. This might just be my favorite Trek show going right now, even edging out the already great Lower Decks. This is Star Trek at its finest and hopefully we get more productions like this in the future.