Future Trek, the Trek to the Future of Trek

Thoughts on the Future of Star Trek

Recently, there was an announcement from CBS that Patrick Stewart, actor of beloved Capt. Picard, would be returning to (arguably) his most famous role for a new Star Trek series set in the "future" of the main timeline (i.e., not the Kelvin universe Paramount is following). While this is cool (so long as it's given time to breathe and not suck, unlike Discovery), I do wish Trek could be allowed to visit time periods we haven't already seen before. 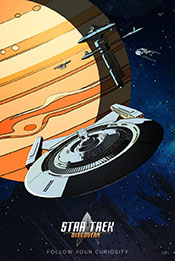 Think about it. The Original Series was followed by The Animated Series and an attempt at a relaunch with Phase II that eventually became the classic movies. This allowed us to fully explore that time period in the continuity and tell plenty of stories with that cast. The next major time period was set nearly 100 years later and involved The Next Generation before leading into Deep Space 9, Voyager, and the Next Gen movies. Again, this time period has been effectively explored.

After these shows, TV projects jumped back before TOS to show us a time period that hadn't been all that explored. This show, Enterprise, could have explored the time period well but it seemed to mostly get caught up in referencing later works and showing us tales of "so this is why [blank] happens later." Okay, or they get mired in a time war no one asked for and really never went anywhere. There were a lot of interesting ideas, but the problem with prequels is that you have to find a reason to justify their story. We know the Federation is going to come about regardless of what happens on Enterprise because that's the future.

Of course, then we get the recent projects, such as the Paramount reboot series (the Kelvin universe) showing us new adventures with the The Original Series characters (with a time-travel reboot twist) while CBS is exploring the time period right before The Original Series with Discovery. Of the two, the Kelvin-verse is more successful, I think, simply because as a new version of the universe, the rules of the stories (who lives and dies, what will happen to the Federation down the road) isn't set in stone so the writers don't have to be beholden to anything. Discovery, though, really wants us to care about a Klingon War that, clearly, is never going to go anywhere because, of course, this show is set in the main universe and, as a prequel, we already know the major events that will come about after.

I'm not saying a series with Picard again can't work. Certainly an angle could be found to make further stories with the stylishly bald commander work. I just don't know that another show set in the TNG time period is really necessary. This is especially the case if we take any of the extended materials further exploring this part of the timeline, such as Star Trek Online set in the decades after, have already explored this period further. Why not try to find something new and different to do with the universe? 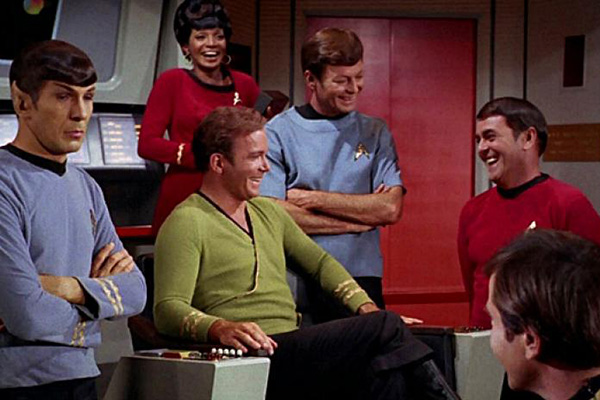 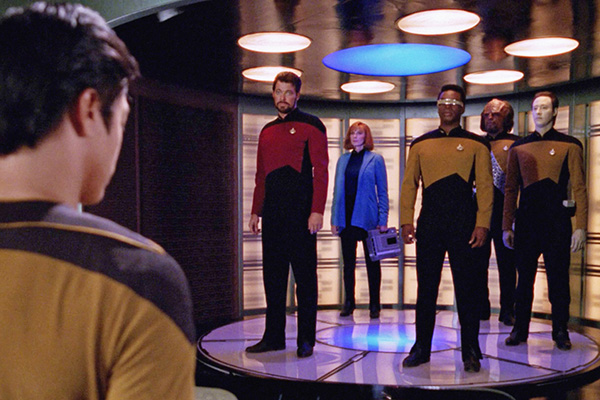 Like, how about we jump another 100 years into the future and explore the Federation through a new version of the Enterprise as they deal with some new threat. An easy way to give this a twist (and make it different from Discovery would be to maybe have the Federation and Klingons merge into some kind of joint union, a true Alliance that would allow the free sharing of ideas, ideals, and customs and make the two sides stronger. Into that you an insert a threat, some new and powerful alien species, that threatens the Alpha and Beta quadrants. In this scenario, the Federation would want to quietly push against the aliens to find a way to avoid war while the Klingons, especially Klingon Elders, would want to rush forward and start a war. This could drive a wedge between the two sides causing drama and action. It's not hard to see plotlines involving a civil war at home while the aliens keep pushing back the borders of the Alliance.

Of course, an easy one, too, would be to just bounce the Kelvin universe forward and play around with the Next Gen timeline set in the new universe. I don't know that this one works as easily especially since we still don't have that great a feel for the rules of the Kelvin-verse yet so it's hard to say how the Federation would shake out 100 years later. And if a Next Gen setting is used, wouldn't that blunt some of the impact of the stories being told in the current movies? This one is probably something the movie studio is considering, but I don't know that it's a good idea to explore it just yet.

So instead, what about if we just go an set a series on a different planet away from the main continuity. If we use the Kelvin-verse again, what if we had a movie (or trilogy of films) set over on Bajor before the Cardassian occupation. Maybe the Federation sends a ship over as an envoy and they get caught up in the sudden war between Cardassia and Bajor. As a trilogy of films it could give the setting time to explore and expand, plus we could have the Bajorans as the main characters (the Federation officers essentially act as audience surrogates, learning about Bajor as we do). Things can get dark as Cardassia quickly moves in and takes over, but it also could have a happy ending in the third flick wherein the Bajorans liberate themselves (with just a little help from the Kelvin Federation), potentially even freeing themselves 100 years before they're supposed to. That's a twist on expected events that pays off from the new timeline while also giving us new space and new characters to focus on.

Finding a way to set up stakes and actually make us care about the characters is key. You have to find a way to setup a story that actually matters, not just a new look at the same events or a similar setting. The further Star Trek pushes itself the better it can get. Well, to a point. You do still have to have a good creative force behind the scenes making a series that matters (and not just seven seasons of filler, such as Voyager). That's why I don't think we need to worry about long, seven-plus season events. A few movies, or four or less seasons, can explore an idea better, with less table-setting, than long, planned events might. 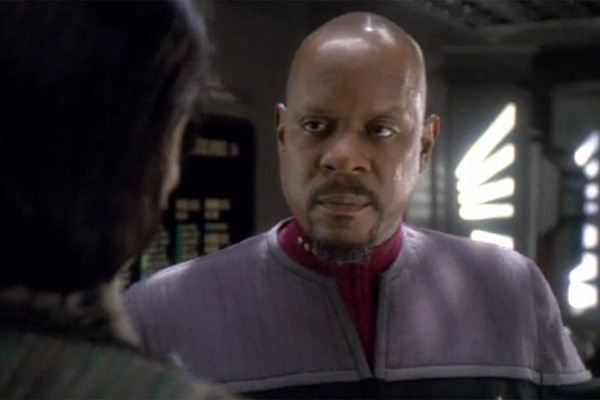 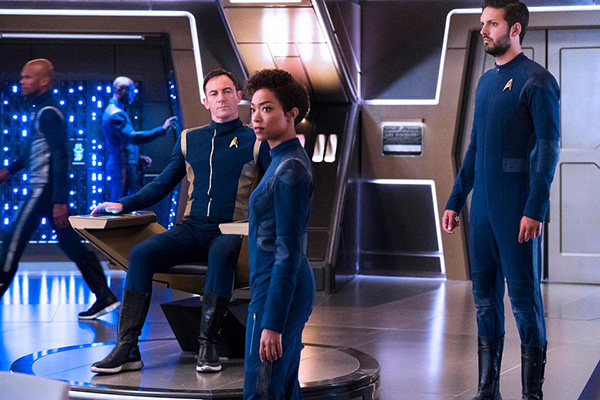 Just look at the Black Mirror episode "USS Callister". Sure, it's essentially a (loving) parody of TOS so it's able to build off the ideas (and expectations) of that series. But it also doesn't linger -- one episode, full concept, and then it moves on. We don't need a second episode of that setting as that would probably dilute the great concept. However, the episode is also longer than the standard episode of the series allowing the story time to really tell itself. It's the right amount of time without being too much. Trek could stand to learn from that -- keep the seasons just brief enough to avoid table-setting (Voyager) but also don't rush through the story in a single season (Discovery).

And, please, just give us something new. I'll take a Picard series since it's already in the works (and no one will ever complain about more Patrick Stewart). But afterward, CBS/Paramount, how about that Bajor series? Or just anything else than more of the same.