Jumping to the Future

It has been a rough road for Star TrekOriginally conceived as "Wagon Train in Space", Star Trek was released during the height of the Hollywood Western film and TV boom. While the concept CBS originally asked for had a western vibe, it was the smart, intellectual stories set in a future utopia of science and exploration that proved vital to the series' long impact on popular culture.. We covered the rumors that much of Trek was going to get a shake-up, and while those rumors have proven untrue (Discovery, for example, has been renewed for a fourth season), the basis for the rumors does point to the fact that fans have not been entirely happy with the direction of the franchise since it was picked up by CBS All-Access (and, frankly, weren't too thrilled with it since, essentially, Star Trek Into Darkness). 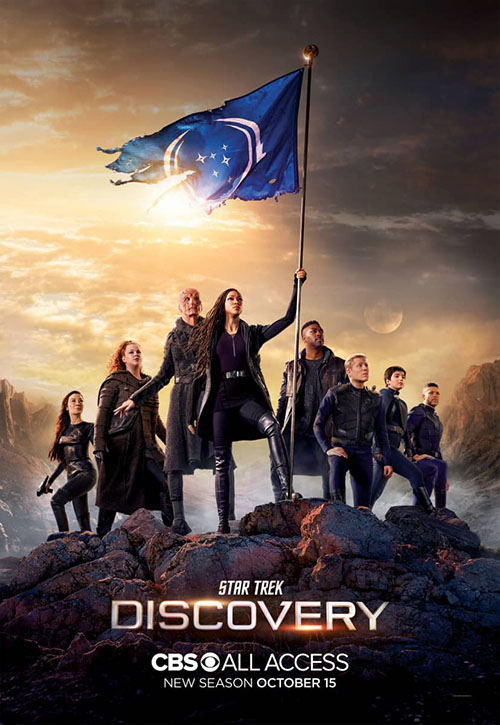 There have been some bright spots, not the least of which was the first season of Lower Decks, but those also highly the low-lows that we've suffered through (the first season of Picard). The first series to launch on the CBS app, Discovery, was pretty rocky in its first season, but it managed to pick up steam in its first set of shorts and second season. Now, here we are, launch into a brave new world for the series, and it's a very different era of Trek than we've seen before.

When Discovery debuted there was much only fire directed to the show over the time period it was set in, After the reboot movies mined the timeline of the Original Series, most fans felt we didn't need yet another show during that same time period. What could we learn from yet another show during that era? The second season helped to allay those complaints by giving us Anson Mount's Christopher Pike, giving us time to spend with a character that have been under-served by the first series in the franchise. But still, the complain does have some weight: Star Trek seems stuck in two time periods, The Original Series and The Next Generation eras (even Enterprise felt like it was created just to explain those two latter periods). In theory, stuff has to have happened in other time periods, right?

Well, now with the third season of Discovery we do finally travel to a new period (one that's even past that of the Time War briefly shown a few times in the generally reviled Enterprise). We're not 900s past the time of TOS and the universe looks pretty different. While technology has advanced some, the galaxy was hit by a major cataclysm 125 years ago, an event called "The Burn". When that struck, a wave of energy swept the galaxy, blowing up any ship from any culture that had their warp drive engaged. Most Federation ships were wiped away, and all known sources of dilithium, the energy source that powered Warp Drives, exploded. This left the Federation crippled and, over time, most worlds abandoned the governing body.

Dropping into this new world we have Michael Burnham (Sonequa Martin-Green), traveling in her "angel" suit, followed by the U.S.S. Discovery. Due to the "sphere data" they have on board, and the threat it would have posed to the 23rd century, the crew had to travel all together to this time. But because of the laws of the future (put in place after the Time War) they also can't travel back. Instead they have a new mission: to learn about the Burn, find the source that caused it and, hopefully, find a way to help the Federation rebuild and make it a bold and bright future once more. 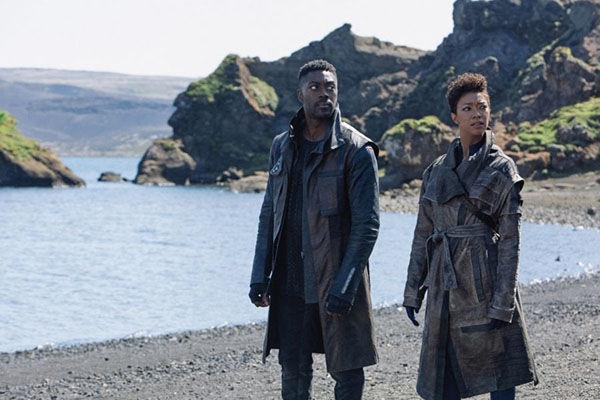 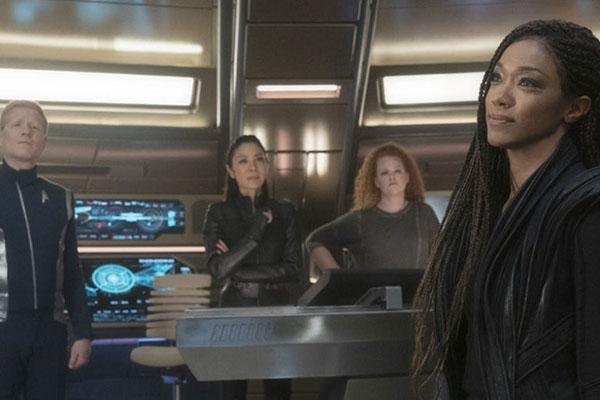 It's important to note that this show, once again, is markedly better than where it was in its previous season. I actually rather enjoyed the second season of the show (as noted, because of Captain Pike), but the change of venue for the series allows it to open up and expand its scope. Instead of always looking back (or forward) at the Original Series -- its characters, its adventures, its connections -- the show is forced to explore a new universe so removed from what came before that the show can't even try to make those kinds of connections anymore. "Oh, Spock? Yeah, he was great. He's gone. What else you got for us?"

That's not to say that the show loses its sense of what came before (hell, they even manage to work in a brief reference to the "Kelvin" universe, which I thought was a nice touch). This show manages to strike out in its own path, finally coming out from under the shadow of everything else in the franchise so it can expand the universe and finally tell stories that feel unique this this series and this cast of characters. This is what the show needed and the only sad part is that it took two season for the show to finally find its proper feet.

The show can still be uneven, mind you. When its focused on its core cast of characters -- Burnham, Saru (Doug Jones), Tilly (Mary Wiseman), Stamets (Anthony Rapp), Culber (Wilson Cruz), and new addition Cleveland "Book" Booker -- and lets them focus on being emissaries of the Federation, their best and truest selves, its great. The cast has developed palpable chemistry at this point and can sell the stories, good or bad, that the show presents. Everything just clicks together for a whole series of episodes this season and its great.

But at the same time, the show still manages to give into its worst impulses right when you least expect it. Take the exit of the Mirror Philippa Georgiou . This was a character that came on near the end of the first season, during the ill-conceived Mirror Universe arc in the show, and she's never really blended properly in the show. Frankly, the series never knew what to do with her so it just sped through her character arc as best as it could. Then, during this season, she starts to die from some weird illness and, in a quest to find a cure, Phillipa travels back to the Mirror Universe, and back in time, to try and set right what all she did wrong. 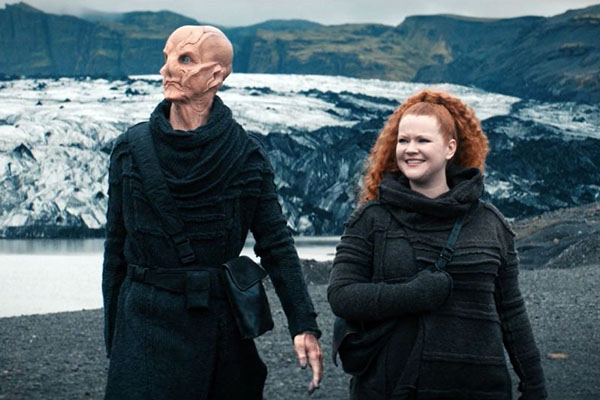 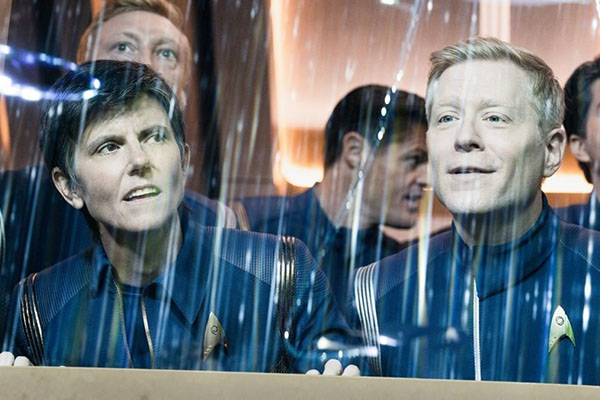 Did we really need another visit to the Mirror Universe at this point? It's a conceit that worked best in small doses, but as the franchise has gone back there, over and over, the whole idea of the Mirror Universe has worn thin. And yet we get two episodes dedicated just to Phillipa and her Mirror journey, and... it just doesn't work. It's flat, its uninteresting, and it really doesn't inform us of anything we didn't already know (nor does it make us care about her character at all).

But I'd argue what was worse is the new villain for this season, Osyraa (Janet Kidder), leader of the Orion/Andorian crime organization, the Emerald Chain. In concept, a criminal organization that crossed the stars and created their own "federation" via fear and power is an interesting contrast to the Federation. But over the course of 13 episodes we never really get a feel for just how bad this syndicate really is. Hell, we only meet one of their leaders, Osyraa, and see one of its ships. That's not a syndicate, that's a puppet regime getting by on threats and wishes.

It doesn't help that Osyraa herself is a barely-sketched villain. I'll once again note that the best villains are ones were understand, that even (in a way) we care about. Osyraa is a scenery-chewing prop with no back-story underneath. We never learn about her, never understand her, and while she does some bad things, Discovery is always there to stop her. There's no scope, so while the season builds to a thrilling conclusion in its own way, it does still feel just a little hollow because the villain they best is little more than a well-acted prop.

Maybe, and this feels weird to say, we needed more episodes this season. Clocking in at only 13 parts, this third season is the shortest yet for the show, which does give it a tight pace and a story that has to move. But because we barely learn anything about the villains we end up needing more, not less, time here. Time to establish the world, to learn about the burn and, yes, to find out all we can about the Emerald Chain. Instead, we rush to the conclusion and then are told, in the end sequences of the season, that the Emerald Chain is broken up and the Federation finally has a chance to rebuild.

Oh, right, and spoilers for all of that... 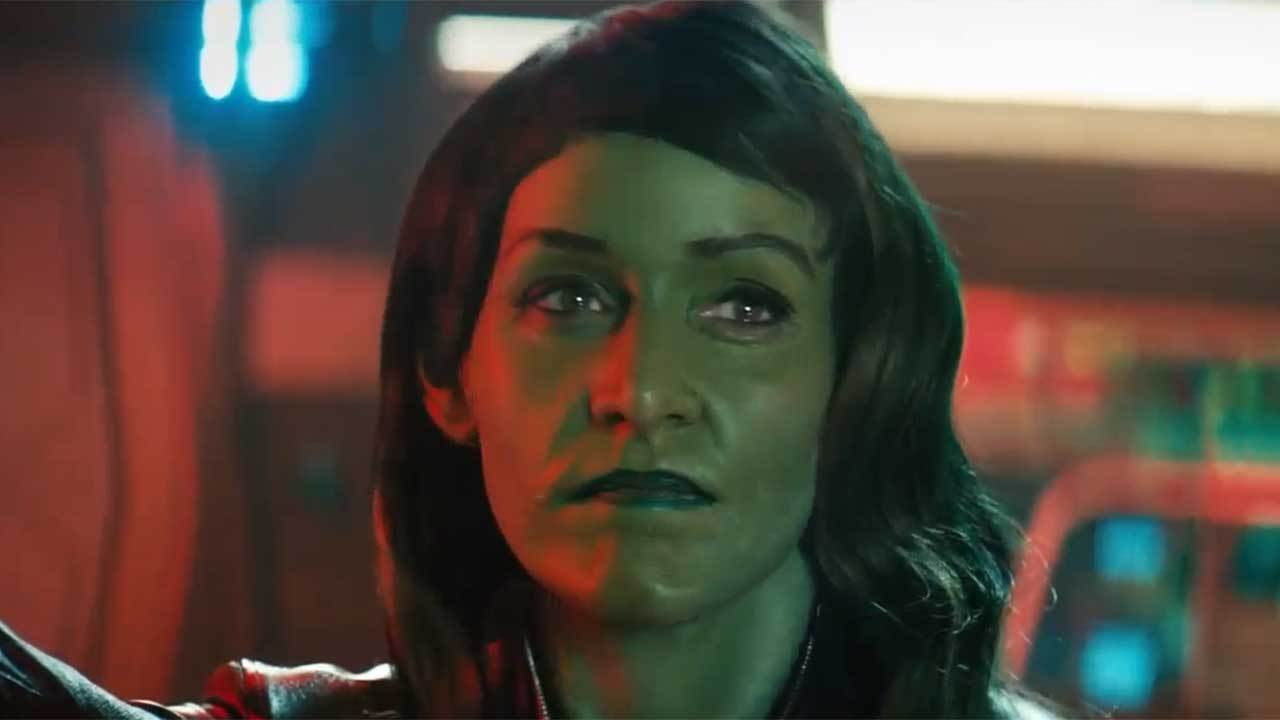 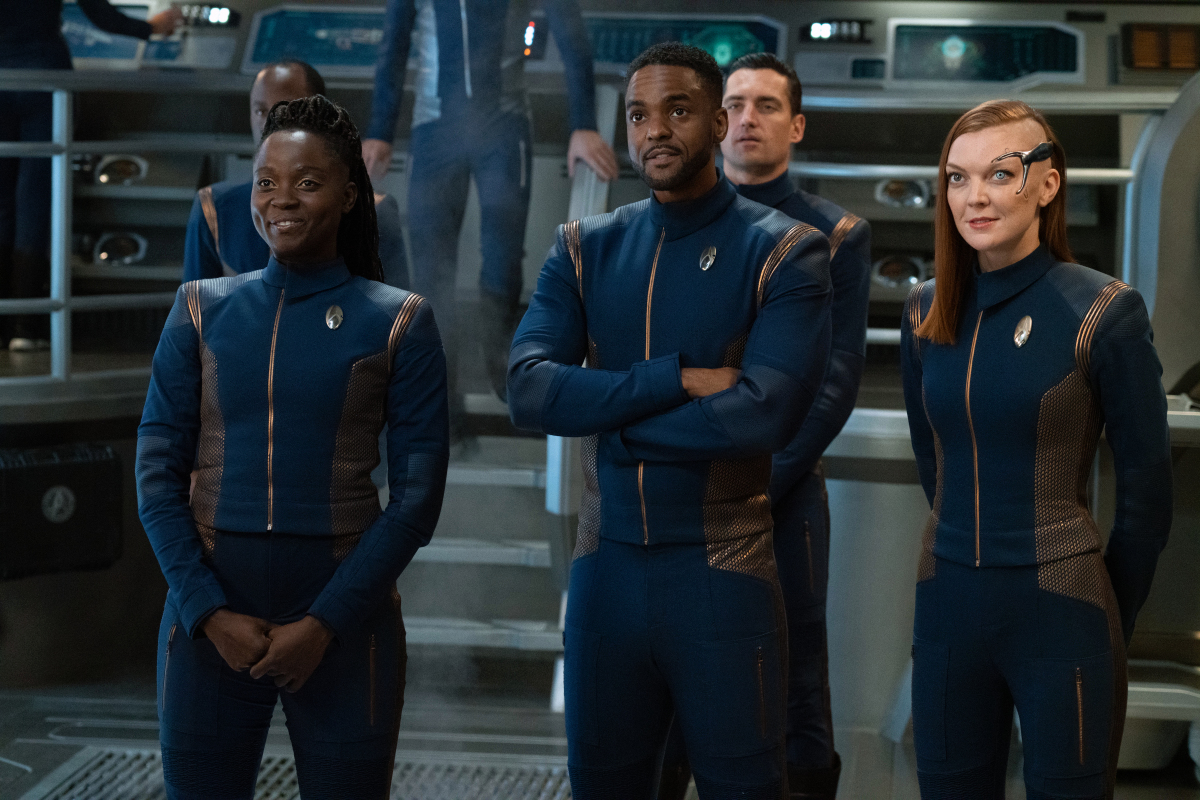 All things considered this is still the best villain the show has given us -- how sad is that? -- but it feels like two big steps forward for the series with a few little stumbles back. We're making progress, Discovery, and I'm proud of you for that. You gave us a new era with new possibilities, and you can now explore all of it and forge a new path for Star Trek. And yet, even now, I have to hope that you'll improve in the next season because there's still a lot of room to grow. I have to hop this show can continue to improve because, at a certain point, it will be around long enough that the quality will begin to drop off (as it does with all long-running shows).

Fix these last issues, tell us a compelling story with a compelling villain, and just maybe you'll grow to be the best Trek show on the air. Right now, that honor still goes to Lower Decks, but it was a closer race this time.