Here's to the California Class

I have noted this before but it's worth saying again: I think Star TrekOriginally conceived as "Wagon Train in Space", Star Trek was released during the height of the Hollywood Western film and TV boom. While the concept CBS originally asked for had a western vibe, it was the smart, intellectual stories set in a future utopia of science and exploration that proved vital to the series' long impact on popular culture. is at its best when it focuses on episodic stories. We've seen both sides of the coin in recent years, from the heavily serialized Discovery to the very episodic Strange New Worlds, and when it comes to tapping into what works best in the Star Trek universe, the episodic content wins. It puts the focus on the stories, on the discovery of those new worlds (a foundational aspect of Trek), and it lets the characters grow and evolve organically. The best of Trek is its episodic content. 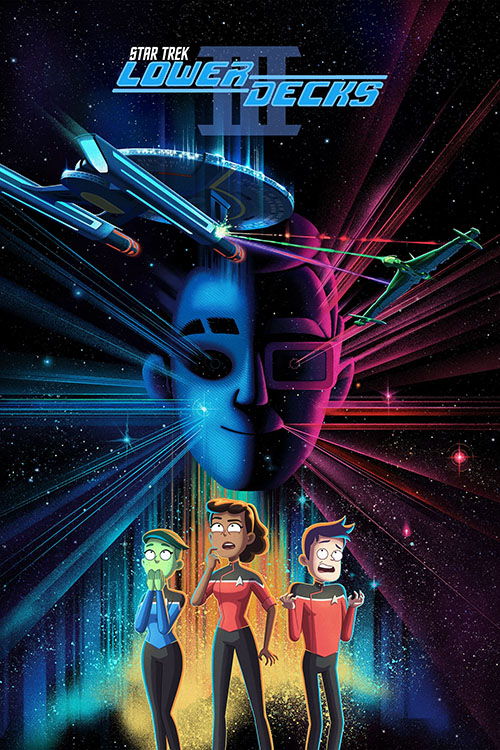 Most of the recent shows launched under Paramount+ (and CBS All Access before it) have been serialized. Those long form stories tried to compete with the flash and bang of the Star WarsThe modern blockbuster: it's a concept so commonplace now we don't even think about the fact that before the end of the 1970s, this kind of movie -- huge spectacles, big action, massive budgets -- wasn't really made. That all changed, though, with Star Wars, a series of films that were big on spectacle (and even bigger on profits). A hero's journey set against a sci-fi backdrop, nothing like this series had ever really been done before, and then Hollywood was never the same., to create something viewers could get interested in. Like the new Star Wars, though, they were lacking. They had the budgets to compete, but Star Trek has never really worked on whiz-bang action festivals. It's better when it focuses on the characters and the ideals. The trend towards serialized storytelling changed, though, when Lower Decks premiered and, aside from the continued travesty that is Picard, the franchise has steadily been improving.

Lower Decks is one of my favorite shows in the franchise. Yes, it gives us a funnier side of Trek -- the franchise can have its funny moments, but never like this -- and yet it still maintains the ideals of Trek. It's a different kind of show but it still works within the context. Ranking it among the best, though, means I have high expectations for the show. It can't just be good and funny anymore as they already did that. I want it to continue being great, to really stretch itself and show what it can do.

Back for a third season, it feels like something is off with Lower Decks. It's still funny, it still doesn't its delightful deep cuts of Star Trek continuity, and it still manages to skewer the franchise while holding up its ideals. But as far as consistently giving us good episodes that feel like the best of Trek, this season was lacking. It wasn't as funny, as inventive, or as subversive as seasons past. It had the elements but lacked a certain spark.

What this season reminded me of, more than anything, was Rick and Morty. Mike McMahan, creator of Lower Decks, has worked on a lot of funny shows in the past but his most recent work before launching this series was Rick and Morty. That's a show that takes a lot of big swings and, when it find the right groove and the right tone it's like nothing else on TV. Some seasons are absolutely stellar, mind trips that take you way out to places you didn't know a cartoon could go. Other seasons feel ho-hum, like the writers couldn't find that spark. That happens with any series, but Rick and Morty pretty consistently has a pattern of on an off seasons. I feel like that's what happened here, too, with Lower Decks. 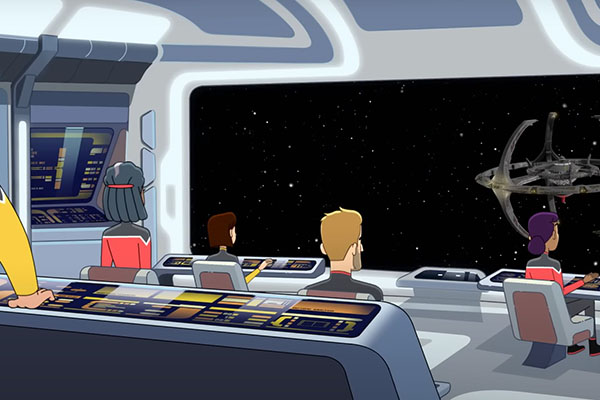 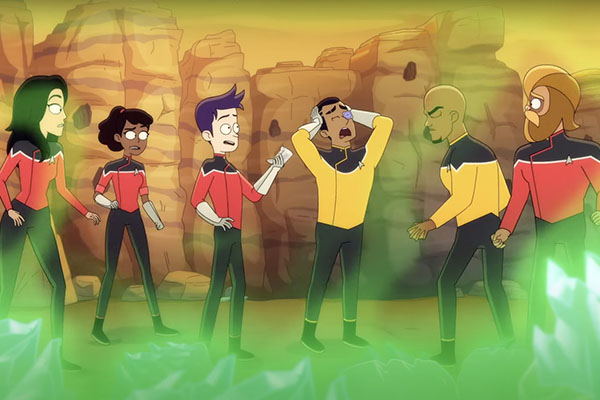 Some of it might just be a constraint of the format. Star Trek is adverse to letting characters grow and evolve because then they can't be consistently relied upon to fill certain roles. If you look at Next Generation, for example, every one of the bridge officers stayed the same rank through seven years of adventures. No officer should stay the same rank that long without there being something wrong with their careers. Hell, Riker at one point got a field promotion to Captain and then that was taken away when it was narratively convenient. That's not how ranks work, not for any officer.

In the case of Lower Decks, the conceit of the series requires that all our people -- Mariner, Boimler, Tendi, and Rutherford -- remain ensigns, consigned to the lower decks without any chance to get out. They consistently perform their duties well, and are even (as we learn this season) held up as heroes for the California Class ships. And yet, not one of them has gotten promoted to Lieutenant J.G. yet. Three years in and they're all still ensigns. That's crazy. That's the series not letting them grow or change in meaningful ways.

There's this feeling of stasis for the whole series that is just illustrated by the lack of movement in ranks. It's Trek, we accept that these characters are going to stick together and ride along with their ship because it's home. That's not necessarily realistic but it is how these shows work. But even if they don't get promoted they do need to be allowed to evolve. They need to expand their horizons, take on new responsibilities, learn to be more than what the show has predetermined for them. That hasn't happened this season.

There were goo episodes this season, don't get me wrong. "Room for Growth" allowed the characters to push against their boundaries some (in a limited capacity) while also introducing a great Klingon board game (that I really want to play), and "Crisis Point 2: Paradoxus" is a goofy holosuite episode that has fun with the conventions of the whole franchise (creating a kind of show within a show). These episodes illustrated great ways this series can push against its framework. These are the episodes I live for. 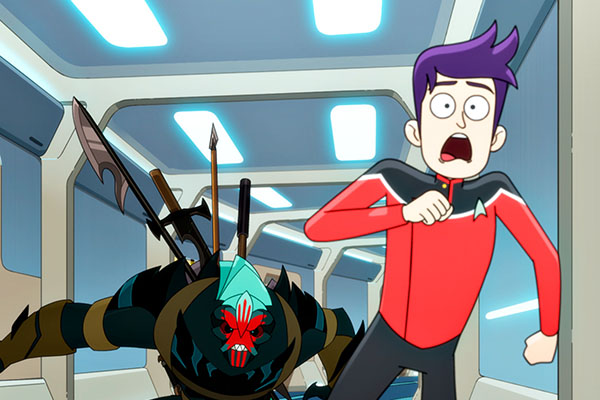 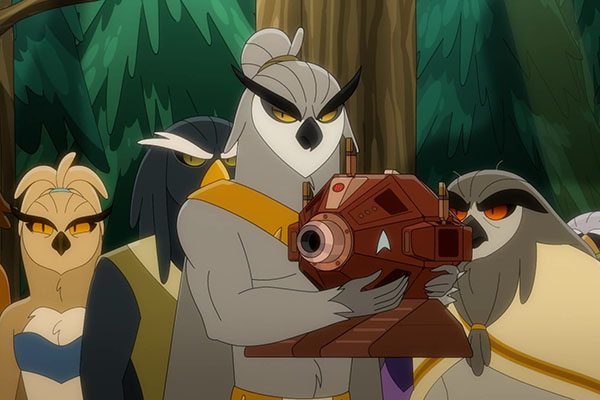 At the same time, we also got some pretty weak episodes. "Grounded" is the season premiere and its sets up the idea that the lower deckers have to free their ship and save their captain in the face of a court case for a crime she didn't commit... but then it does all the heavy lifting for that drama off screen and just ends that whole storyline before it even began. Meanwhile the season finale, "The Stars at Night", takes equally easy ways out to introduce a villain, have him reveal his plan, and then have it all resolve itself with very little effort. Narrative shortcuts were taken, in part because this is a half-hour cartoon sitcom and there's only so much drama you can cram into that time. Still, if the show wants to take big narrative swings it has to commit to it and not half-ass out.

I liked this season of Star Trek: Lower Decks because I enjoy the characters and the show had a great sense of humor (when it taps into it properly). This season was uneven, though, and feels like it wanted to do more than it was really able. It needed more time in the hopper with its scripts to get everything right. It was never really bad, but it wasn't often superb, and if the show can't nail its high points like it has in the past then it needs to try harder. It didn't try hard enough this time around.