The Predator series has been in dire straits for some time now. That's what happens when you create a film that, essentially, has no room for a sequel. When you look at the original Predator, that was a movie that played with the conventions of action movies at the time. It setup a bunch of big, burly men who would always win in an action movie, and then, midway through, it starts picking them off one by one. The surprise of that turn of events, and then the eventually war of wills to see who comes out on top, makes for a perfect morsel of action-horror, but it's not a formula that can be repeated. 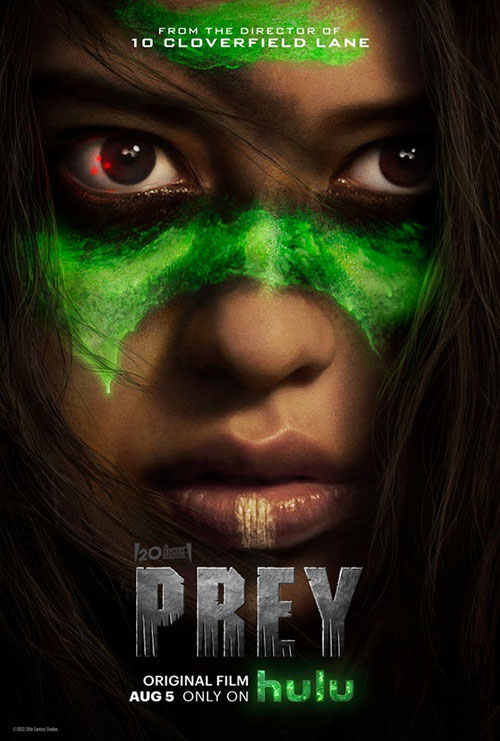 The movies that followed each tried to blend their own style of action films with the core concept of Predator, generally to mixed results. Danny Glover in Predator 2 made for an awkward, if amusing, sequel. Robert Rodriguez made a movie very much in his vein with Predators and it's the closest we've gotten to a solid sequel (even if audiences didn't show up for it the way studio Fox wanted). And then, well, the less said about Shane Black's awful The Predator. Each of these films tried their own twist on the formula, but it's hard to say any of them really nailed it. It could lead people to think a Predator sequel would be unfilmable.

Now, in 2022, we can definitively say that it is possible to make a good, even glorious, Predator sequel. The trick, as proven by new film Prey, is that you have to stop trying so hard to replicate the original film and, instead, work to the strengths of the concept: one warrior, out on a hunt, looking to prove themselves to their tribe. The trick with Prey, and why it works so well, is both our hero, and the alien hunting them, have the same goal and it leads to the closest battle of equals we've seen since the original movie.

We start with Naru (Amber Midthunder), a healer and gatherer in her Comanche tribe. Naru is good with medicine and knows her way around healing, but she would prefer to be out on the hunt, taking down game that could take her down as well. She wants to hunt because everyone tells her that she can't. Well, except her brother, Taabe (Dakota Beavers), who believes she has the warrior's spirit in her. While out exploring on her own she sees the sight of the Thunderbird (although, in reality, it's a Predator ship moving through clouds) and realizes its her time to be the hunter.

When one of the tribe ends up lost in the woods, she joins the band sent to find and rescue them. She's there to act as a tracker and healer, but once they find their lost companion, Naru ends up joining her brother to track the animal that injured their tribesman: a great mountain lion. However, Naru realizes there's something more out there. Something bigger. Something worse. She tried to warn the others but they don't listen, forcing her to go off on her own to hunt, fight, and kill this beast before it kills them all. 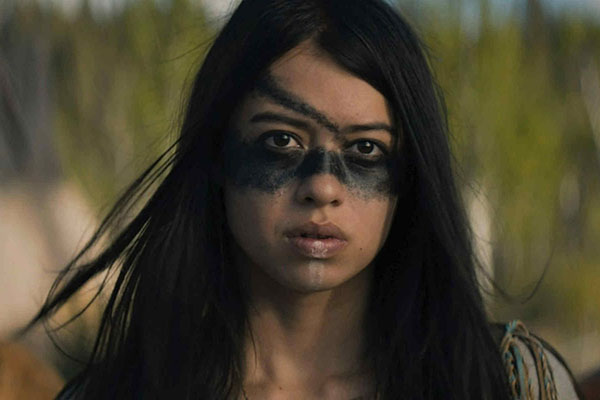 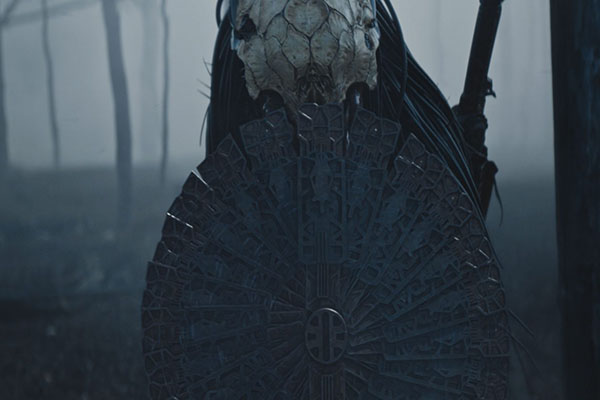 The first thing I appreciated about the film is that it doesn't try to hide what's going on or play like there isn't a Predator in the mists. The film starts us with Naru but immediately shows the Predator landing on the planet, activating its cloak, and going on the hunt. There's no attempt at a mystery, no having the characters go about their lives for half the film before, "RARGH!" a monster leaps out. Naru and the Predator have parallel stories as they each go on their hunt and the film kicks that off immediately.

That leads the second big improvement this film makes over many other films in the series: this is very much a meeting of equals. Naru is considered too soft, too weak by many of the male hunters in her tribe, but as far as the actual hunt is concerned, she's in control. She's smart, she's capable, and she can hunt her way making her (as we see over time) a better hunter than many of those peers. She's at her best when she's on her own, hidden among the mists, finding her own path through the hunt, which makes her a lot like the Predator stalking her, her tribe, and the various deadly beasts of the world.

I've read reviews of Prey that like Naru to Ellen Ripley from the Alien side of the Aliens v PredatorOriginally two separate franchises, the Alien and Predator series came together first in a series of comics and video games before, finally, Fox Studios merged them together is the Alien v Predator film franchise. mega-franchise, but I think that misses her true character. People say that because these are two female action heroes in the same shared universe but, aside from being a woman, Naru doesn't have a lot of character traits that make her at all like Ripley. Instead, watching her on the hunt, watching her prefer to be by herself, watching her strategize and plot and scheme, Naru reminds me of Riddick. Smart, capable, and she doesn't take any shit. She's the kind of action hero this series needed.

It helps that she's played so well by Amber Midthunder. Midthunder finds strength in her character, showing just how much she's ready for this hunt on her terms. It's not that she doesn't have emotion -- we see hope and love and fear for her -- more so that there's a straight, steely spine at her center that does not bend or break. Where others run away from the threat, she finds a way to move towards it. The Predator has power and weapons but Midthunder turns Naru, who has neither of those traits, into his competitive equal. 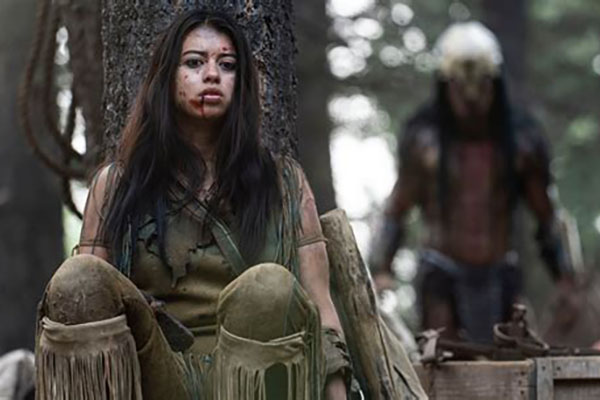 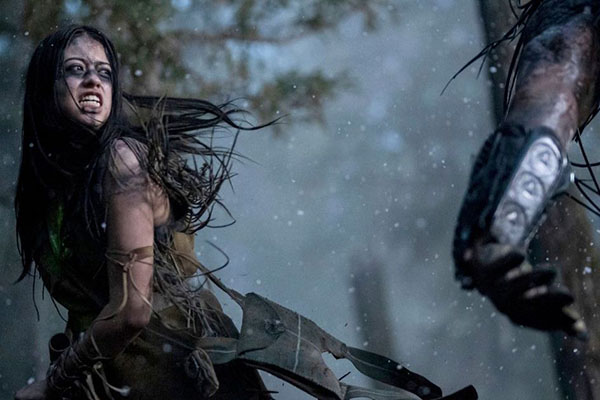 The film puts it's focus on Naru, telling the story almost exclusively from her perspective. Where are white characters in the film, but they're treated as side characters (stupid, awful hunters) to the Comanche. This film focuses on her tribe, and most specifically her, building their world. There's no commentary on how they're "savages", no white savior coming in to show them "true civilization". This is a film that not only treats Naru properly but gives respect to her people.

But, really, what director Dan Trachtenberg and writer Patrick Aison have given us is a film that very deftly sets up a battle of hunter and hunted where, from both the perspective of Naru and the Predator, that concept holds. These are equals meeting on the proving grounds to decide their fate as warriors. It's the first time, since the original movie, that we've had someone capable enough to take on a Predator one-on-one and have it seem like a real fight. It's also the first time since that movie, by no coincidence, that the Predator concept has worked so well.

This is, hands down, the best film in the Predator series since the original. It's smart, it's gory, and it does exactly what it sets out to do. End of the day it may, in fact, be even better than the original, and that is no small thing to pull off.