I'm not a big of Clive Barker's work. I know he's considered something of a horror icon, having written a number of very gross, but very popular, horror novels and , but frankly his brand of horror doesn't do anything for me. More often than not I don't find it scary. it gross, and weird, and sometimes it makes my stomach go all squidgy (reading about someone drinking a cup of another person's tears, for example, just sounds foul), but it's not what I'd consider horror. I want it to make me tense, and worried, and I want the scares to linger with me long after the book (or movie) has ended. Barker's works simply don't do that. 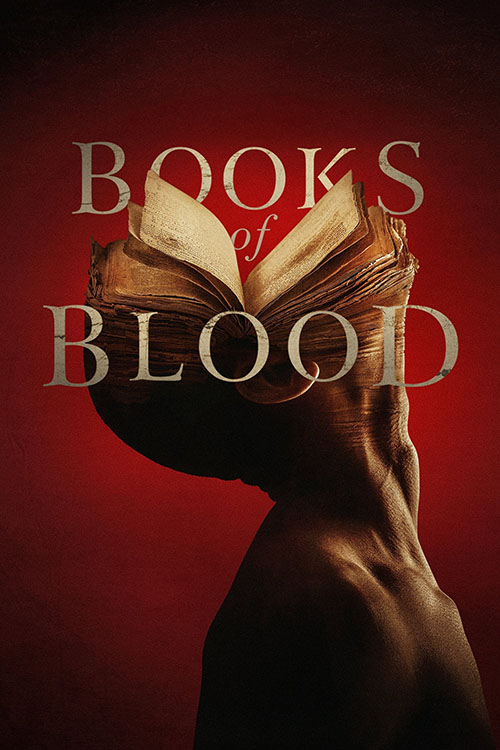 When I was much younger I did give Barker's books a try. I read a couple of novels, as well as one of his Books of Blood (at this point I can't remember which one), but then I put the books down because I was bored. You should never be bored by horror. This was a thought I also had watching Hulu's 2020 adaptation called, of course, Books of Blood. This is a thoroughly tedious and uninspired horror anthology film, although considering both the source material and the fact that most horror anthology films are thoroughly uninspired (just as a whole for the genre), I really couldn't expect much from this movie. Even then, it still failed to deliver.

Hulu's Books of Blood is broken into three stories (although by the end of the film they've all intersected and overlapped). The first focuses on Jenna (Britt Robertson), a girl who had a horrible incident at school (we're supposed to think she was raped, although later details call this into question). Off her meds (because they make her tired and dull), she's trapped at home with parents she hates, annoyed by ever noise they make, until finally she runs away. She tries to head off to Los Angeles, but a thin man keeps following her, causing her to jump off the bus and run for lodging. She ends up at a bed and breakfast run by Ellie (Freda Foh Shen) and Sam (Nicholas Campbell). They seem nice enough, although Jenna keeps hearing scratching noises from the walls and floors of the inn. Eventually she realizes there's people trapped in the walls and floors, eyes sewn shut and tongues cut out, and Jenna just might be next if she can't escape.

Following that we have the story of Miles (Etienne Kellici), a supposed clairvoyant who comes to distraught mother Mary (Ana Friel), who had just lost her son to leukemia. He says he can talk to her son, and, after a pretty bizarre ceremony (in a darkened room), messages from the dead magically appear on the walls of a room. Mary believes, and she puts her faith in Miles that he can do it again, and again, for more and more people. But if Miles is lying, the dead are going to be very angry. Meanwhile, two gangsters, Bennett (Yul Vazquez) and Steve (Andy McQueen), go on the hunt for a very valuable book, the Book of Blood, that they could sell and retire like kings. Their fate, however, is already sealed.

The thing about anthology movies is that they don't have the same flow as single-story movies, but you have to judge them differently than anthology TV shows. A TV series gets the benefit of only having to tell one story per episode, and if the stories don't connect, episode to episode, no one cares. An anthology movie, though, has to not only tell three (in this case) stories but somehow connect them in a way that, despite the differences in their content and characters, still feels like it's a connected whole. It's a movie, it has to feel like a movie, otherwise it should have just been episodes on a show. 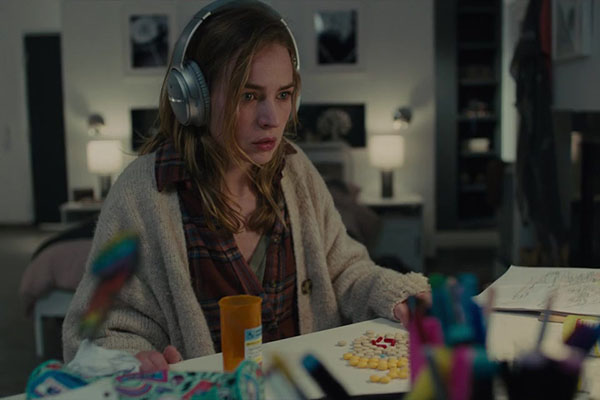 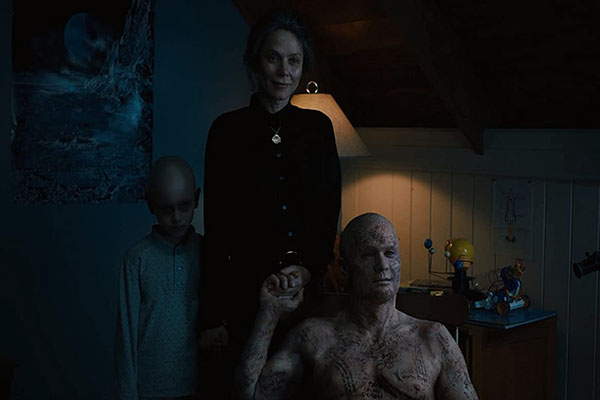 The first big issue with Books of Blood is that, despite the three stories at play eventually connecting (near the end of the film) their content never feels like it flows together. As creepy and gross as Jenna's story is, for example, there's nothing supernatural about it. Meanwhile, Miles's story absolutely has a supernatural twist that feels like it comes out of nowhere, arriving an hour into an otherwise grounded movie. Bennett's story is just hanging there at the end, meant to act as a framing device but with little in the way of real content to add to the movie. There's simply no cohesion to Books of Blood.

Of the three tales, Jenna's is certainly the best. That's due in large part to Britt Robertson's performance, as she absolutely nails her character. She's a girl on the edge, crazy but scared, and constantly running on adrenaline. She's basically the heroine of more than half the film (as she keeps popping up and gets both the first story a little denouement at the end) and Robertson carries as much of the movie as she can. It is a pity she's saddled with a pretty bland horror story. There are a few creeps to be had, both in the concept of a B&B with people trapped in the walls, as well as some body horror to go along with it, but the movie hints broadly at everything to come, to the point where you can pretty well guess the horror twists before they occur. That sucks some of the fun out of it.

Still, that story is way better than anything from Miles or Bennett. Miles's story at least has some cool special effects even if the left-field turn into the supernatural totally feels out of place. The characters are at least grounded, and you can relate to the situation, such as it is. It's much better than Bennett's story in large part because Bennett doesn't really get a story. He's a bad guy that wants a bad book, and then he pays for it with his life. That's truly it, and the five minutes of screen time isn't any more thrilling than that summary I just provided.

I don't want to blame the source material for this as there are some decent (if not spectacular) stories in Barker's collection. The right writer could probably stitch three or four of those into a cohesive script. I still think the narrative would struggle under the weight of trying to make a movie out of three or four short stories, but there's probably a halfway decent film that could be made out of these tales. This is not that movie, not by a long shot. 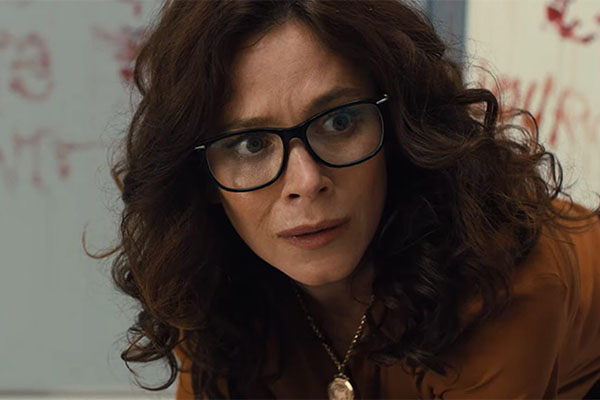 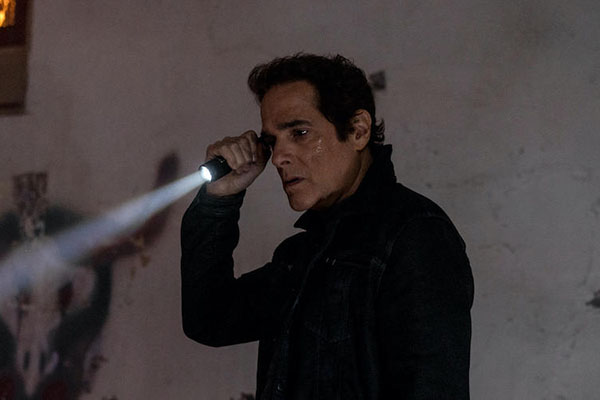 Fans of Baker's work certainly would want something better than this warmed over anthology film. Probably the best way to handle is Books of Blood would be as an anthology TV series, a series that didn't need to feel bound by the constraints of a movie, let alone set episode length even. Maybe one where each episode could have its own style, its own voice, some animated, some live action. Something that could just let the spirit of Baker's weird little stories really take flight.

Whatever the case, Hulu's Books of Blood failed to do anything solid with this material. It's half of an okay (if expected) film coupled with two stories that just fall flat. Whether you like Baker's stories or not, there's really not much worth watching in this adaptation.