A Sitcom Trying to Not Be a Sitcom

Six episodes later, we're back after the premiere of Reboot, the HuluOriginally created as a joint streaming service between the major U.S. broadcast networks, Hulu has grown to be a solid alternative to the likes of Netflix and Amazon Prime, even as it learns harder on its collection of shows from Fox and FX since Disney purchased a majority stake in the service. series with aspirations to reconstruction the concept of a sitcom through the lens of a sitcom. The premiere was raunchy, weird, dark, and hilarious, so the obvious question is whether the series could maintain that energy, and that structure, heading through its first season. I was hopefully after that solid couple of episodes that were released at the start, but having seen a number of shows that start one way and end very far off course, it was had to truly judge how well the series would work as this deconstructed idea. 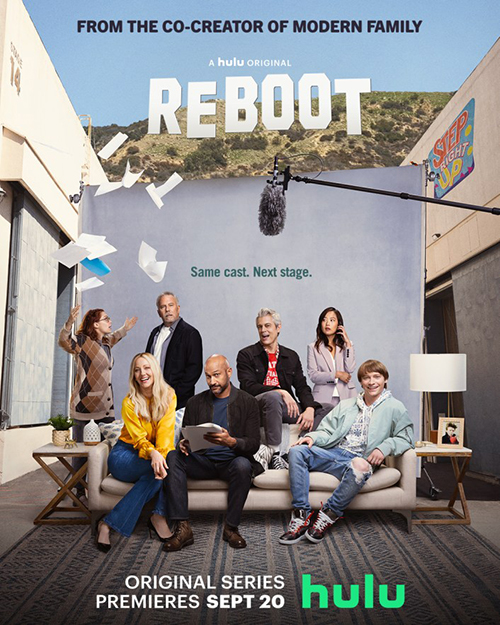 The short answer is that it didn't really manage to be the deconstruction it was aiming for. The show seemed to pitch itself as a nasty little funny show, somewhere on the spectrum closer to Veep, with a dark opinion of its subject matter: Hollywood. Once the show gets going, though, all that grit gets sanded away and what we're left off with is a sitcom about a sitcom, not that far off from the softer side of Entourage. Now, don't get me wrong, I thought Entourage was very funny, especially in its first couple of seasons, but that series got flabbier as the show went on, losing the fun look at Hollywood to tell more normal, sitcom-style stories. That's exactly what happened with Reboot.

The first couple of episodes set up the dynamic for the series. Hannah Korman (Rachel Bloom) is an up-and-coming indie director who just had her first hit, the subversive horror film Cunt Saw. Her pitch to Hulu (within the show) was to do a reboot of Step Right Up, a sitcom in this version of reality that was super popular in the early 2000s. She wants to deconstruct the show and make it more "real", more "honest". The original actors -- Keegan-Michael Key as Reed Sterling, Johnny Knoxville as Clay Barber, Calum Worthy as Zack Jackson, and Judy Greer as Bree Marie Jensen -- all sign on for this new, fresh take on the material. And that goes well until original creator, Gordon Gelman (Paul Reiser), finds out and comes back to take over on "his show".

What we then get, for the first two episodes, is the back and forth pull between Hannah and Gordon as they each try to make Step Right Up into the show they desire. Gordon likes the old, hokey show that played to the sitcom tropes very straight, while Hannah wants to make a new show that would attract new eyes and tell true stories about families. As it's revealed, part of her desire to mess with Step Right up, a show based on Gordon's life, is because she's his estranged daughter and she wants her life experiences forced into his show. This promises a lot of drama and family conflict while getting to an honest core of the story. Also it promised a lot of verbal fireworks and hilariously dark jokes.

After those first two episodes, though, the series loses its spark. It becomes a sitcom about a sitcom. The jokes become more expected, the scripts more hokey, and the plot beats more Entourage. The show that was pitched in the pilot episodes is nowhere to be seen in the following stories as we get standard, Hollywood tales without any of the truth or incisive material that was promised. It's not that the show that follows is bad, per se, just that it's not the bill of goods we were sold at the outset of Reboot. 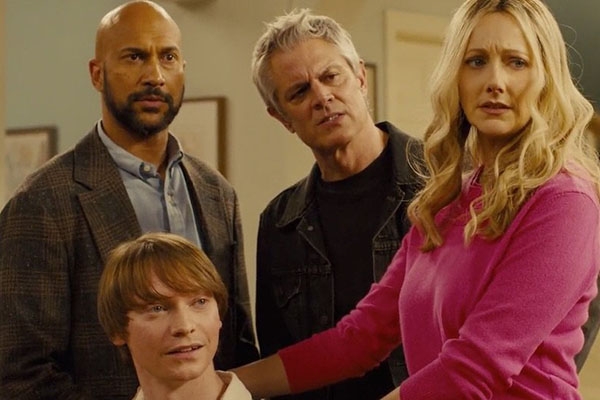 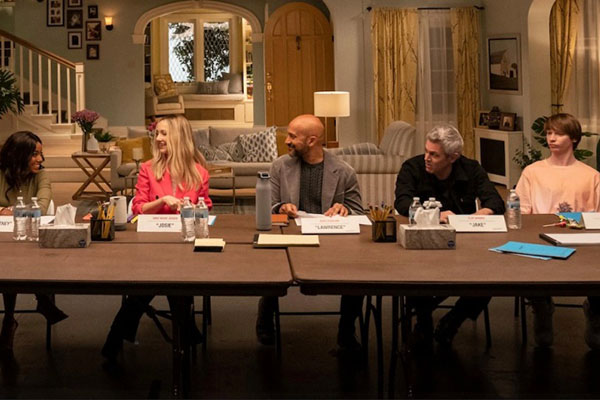 Take for instance, the storyline for Clay in the second half of the pilot. He gets involved with Zach's mom, Susan (Kerri Kenney). She's a kinky freak who likes emotionally damaged bad boys. What the story promises is that Clay will either have to find a way to grow up to figure out who he wants to be or, instead, he'll continue to have raunchy adventures with Susan. Either would work within the confines of the pilot pitch. But then, just one episode later, Clay has a friend pretend to be an HR employee so he can fake his way out of the relationship. We go from something edgy and funny to a silly sitcom storyline just an episode later.

Or there's Bree who falls into a fling with new co-star Timberly (Alyah Chanelle Scott). It's her first bisexual experience and that could have led to some interesting character growth for the character. Instead, though, the next episode has her freak out about telling people, her co-stars make crude little "girl on girl" jokes, and it all leads to a standard "we didn't communicate and now everything is messed up" sitcom storyline that doesn't work. Worse, Timberly then disappears for most of the season meaning that any growth Bree could have gotten with her young co-star is thrown out the window.

Frankly, the series doesn't seem interested in having the characters grow or change. Like the sitcom characters these sitcom stars are pretending to be, the characters of Reboot feel like they're frozen in amber. Progress isn't allowed to really happen because then it would change the characters too much and they wouldn't be recognizable from where they started. I can understand (even if I don't agree with) the impulse to keep characters stuck in their lives as it allows the sitcoms to have a comforting presence. You understand who they are because Sam Malone on Cheers will always be Sam Malone. But with a show like Reboot that promised big shake-ups of the formula, falling on tired tropes and static characters feels so flat.

Also, frankly, the show gets less funny as the season progresses. The biting wit of the first two episodes, written by Steven Levitan and John Enbom & David Feeney, gives way to silly humor and tired jokes. Steven Levitan does return to write the last script of the season, but even that episode doesn't really have the bite of the early stories, while the rest of the episodes are written by a motley crew of other writers and, man, those are just bad, tired scripts. It's not great. 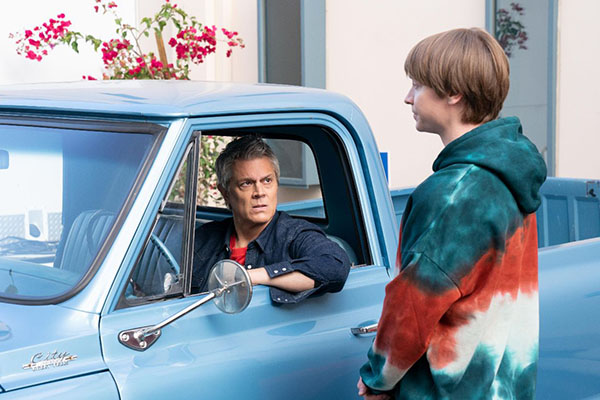 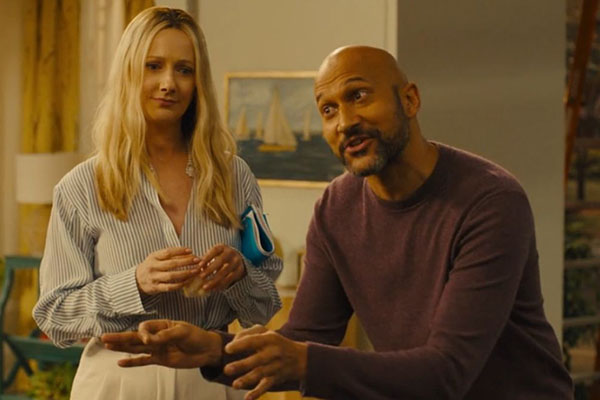 The blame doesn't lie with the cast as they're great. From Key to Greer to Knoxville, the leads are committed to their roles and play them very well I wouldn't say any of them are really straining in their roles -- Key plays the usual high-strung characters he perfected on Key and Peele, Greer does her usual flighty character style, and Knoxville's character isn't that far out from Knoxville himself -- but they all work well with what they're given. Riser is really just played every Paul Riser character he's ever played (a riff on the lead from Mad About You) but I don't hate him here. It all works.

If any cast member is betrayed I'd say it's Bloom because she's also a very funny and incisive writer and it feels like she really should have been allowed to polish up these scripts. Her previous show, Crazy Ex Girlfriend, and the kind of screwed up style and wit this show promised and then didn't deliver. You have to think Bloom could have punched this show up the way it needed. Instead she's forced into a role she can play in her sleep without getting nearly enough to do past the pilot.

Truly, this is a show that lack ambition. In had it at the start but somewhere between when the pilot (or pilots) were filmed someone retooled something or screwed around with it or the writers just got lazy. Something happened taking this show from a great send up of sitcoms to just another sitcom among the pack. It's sad.