I Chat With Dead People

Darby and the Dead

I am not a teenager. I haven't been for some time. Even when I was I wasn't a teen girl, and thus I missed out entirely on Mean Girls, the reportedly very funny high school comedy written by Tina Fey. I know that film is supposed to be good but, frankly, I have yet to build up any desire to watch it, no matter how good it may be. There's only so much time out there, a film about high school girls (that doesn't feature a lot of death and black comedy, like Heathers) is a tough sell for this site's content. Some things will just get skipped. 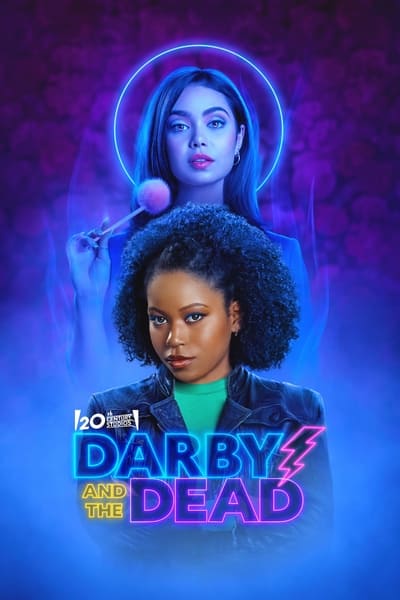 Perhaps Mean Girls should have thrown in some ghosts. That, then, would make it the right kind of "genre fare" to get coverage here on Asteroid G. It worked for Darby and the Dead, the comedy from HuluOriginally created as a joint streaming service between the major U.S. broadcast networks, Hulu has grown to be a solid alternative to the likes of Netflix and Amazon Prime, even as it learns harder on its collection of shows from Fox and FX since Disney purchased a majority stake in the service. that smashes together Mean Girls with The Sixth Sense. It's an amusing flick with a likable lead that gives us just enough fantasy wonder to keep the nerds among us interesting. It's not a perfect film, but it is fun, and that's solid enough for a Hulu watch any day of the week.

The film follows Darby Harper (Riele Downs) who, as a child, nearly drowned when she and her mother were sucked into the ocean. Her mother (Kim Syster) did drown, but Darby just experienced near-death, coming back thanks to the EMTs on site, but she wasn't the same. She saw dead people, their ghosts lingering around, waiting to move on. Darby decided, from that point forward, to help these ghost, which she calls "deados", so they can find their peace on this plane and find a way to the next, calling this her "side hustle".

Due to an unfortunate series of events, and after a lot of teasing from mean girl queen bee Capri Donahue (Auli'i Caravlho), a spill of water and a curling iron in the locker room leads to Capri's sudden death. The school (outside of Darby, of course) is distraught, none more so than Capri who had her whole life ahead of her. So Capri starts to haunt Darby, forcing the girl to help her ghostly highness have her Sweet 17 party and experience one last night as the most popular girl in school. But to do that, Capri has to remake Darby into a queen bee, cheer-leading, social queen, a hard sell for our shut-in, grumpy heroine.

I'm sure no matter how you look at it you can find elements of other teenage flicks in Darby and the Dead. Aside from Mean Girls and The Sixth Sense I've seen it equated to Buffy, Heathers, She's All That, Saved by the Bell, and many more. It grabs little elements from all of these productions, and many more, to create something that feels very familiar, just a little remixed. it gives it the air of comfort watching, but it doesn't make for the most original final product. 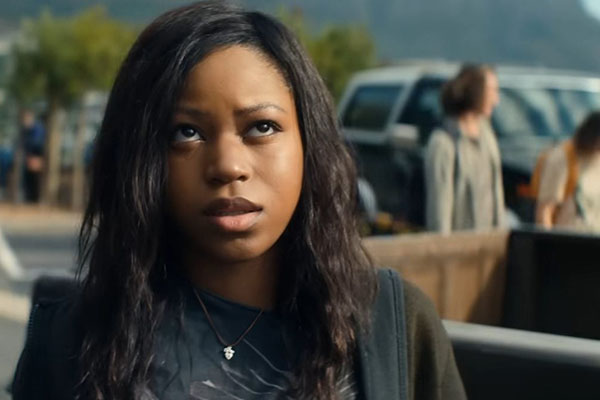 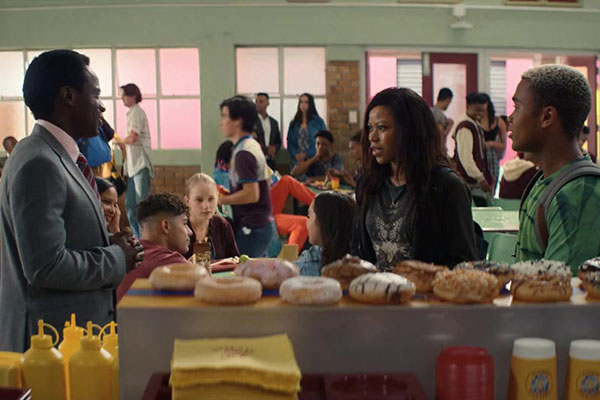 Make no mistake, Darby and the Dead is an amusing movie. Working off a script by Wenonah Wilms and Becca Greene, and directed by Silas Howard, the film has the right comedic energy. It's often quite funny in places, especially when Darby can let out a bit of her sarcastic streak. It's not a laugh out loud comedy riot by any stretch but it has enough jokes to keep the whole thing light and breezy. The concept of a girl seeing the dead could be pretty heavy (just look at The Sixth Sense) but the film has the sense to lean towards laughs. It's the right call.

But because it borrows so many elements from other productions the film doesn't feel all that organic or original. A girl getting the help of the most popular person in school to become popular herself? See that, to similar results. A people having to choose between the guy that obviously likes her for her and the guy that's also the most popular dude in school? Seen that too. Even the twist late in the film where Capri gets jealous of her protegee and tries to destroy her has been done before in other teen flicks. This film, despite its genre trappings, doesn't really tread much new ground.

That's in large part because the film doesn't really seem to have much interest in actually exploring its ghostly stories. Darby really only talks to three ghosts in the film -- Capri, the old janitor Gary (Tony Danza), and Mel (Wayne Knight) -- and all three of them know exactly what they want and need to move on. Where they're going to isn't something the film bothers exploring, and it frankly seems unconcerned about adding any depth to Darby's gifts. The powers are there for her to be awkward in school and, as soon as Capri comes around, all thought of her "side hustle" and trying to really help people is thrown out the window so she can get her makeover and become a cheerleader.

I actually was annoyed by this part of the story, too. The film essentially makes the case that all it takes to be a popular kid and star athlete is a week of training and the right outfits. Worse, it then makes the case that once you find out you can be one of the "cool kids" you automatically want to ditch everything you were. The film tries to walk that back in the last few seconds of the film, but only barely, instead going largely with the idea that the nerds just wanted to be popular all along. That there's no one espousing the idea that maybe Darby was happy the way she was and that was the real her really annoyed me. Her status quo changes and the film absolutely believes that's a good thing when... no? 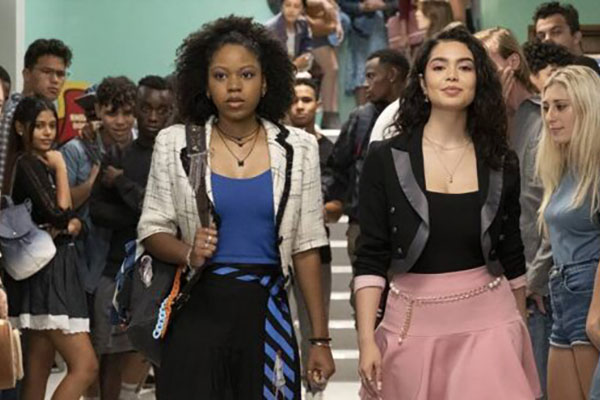 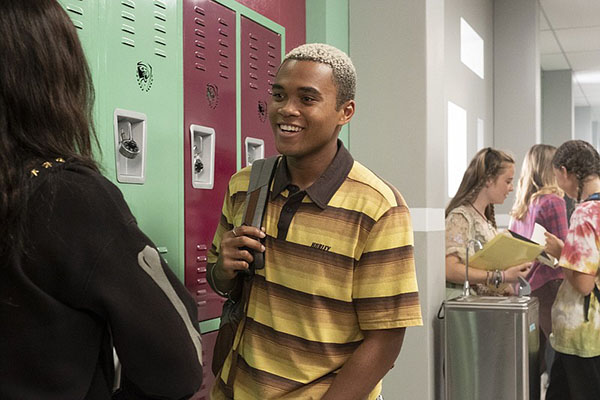 Even the love story the film tries to give us feels shallow at best. Darby has to choose between too boys, Chosen Jacobs as Alex and Asher Angel as James, but neither of them get as much character development as they really need. Darby spends so much time with Capri the film frankly should have gone with their natural chemistry and developed an awkward girl/girl human/ghost thing between them. That at least would seem more original amidst all the stolen ideas and would have let us explore some of the real ramifications of Darby's powers. But no. Simple YA love story that has Darby end with the dude you expected all alone.

I don't want it to sound like I hated Darby and the Dead. I didn't. It was a fun little watch that entertained for its 100-minute runtime. At the same time, though, the film could have really gotten more mileage out of its concept and ideas. There's the groundwork for a much deeper and more compelling film than the one we got. That kind of film could have had some staying power, as opposed to the version of Darby and the Dead, the details of which are already starting to slip my mind two days later.