No, Really, What Was Her Damage?

In the realm of 1980s teen movies, few have the cult cache of Heathers. A mean-spirited yet funny film, the movie came along at the tail end of the 1980s with the desire to comment on, well, everything. It had things to say about the excess of the 1980s, bullying in school, and homophobia, but it also wanted to show a dark mirror to the Brat Pack films of the decade. Heathers had its sights set on a whole swath of culture, and it wanted to blast it all away with a shotgun. 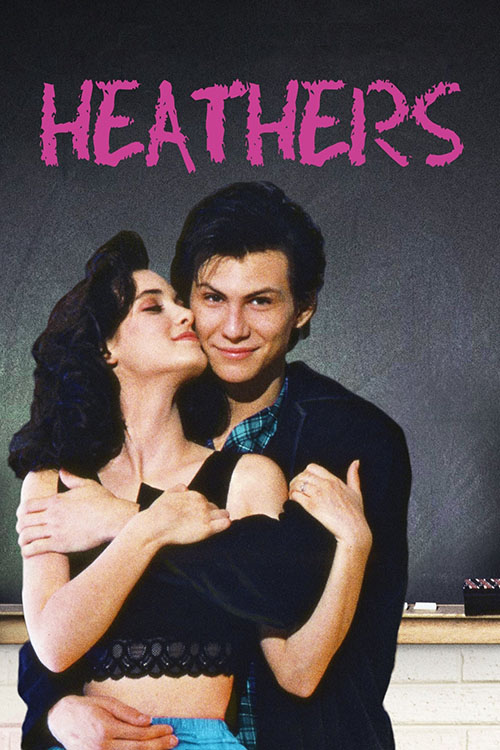 It did all of this pretty well at the time. It caused a fair bit of outcry from people for its casual depictions of high schoolers and violence. A teen gets poisoned, two more shot, and more crimes are planned, and through it all the film depicts its subjects with an edge of dark comedy. Hell, my mother let me watch just about anything when I was growing up but Heathers, for whatever reason, made her very short "no-go" list. I could see guys get mowed down by Robocop, watch zombies ravage a farmhouse full of people, but high schoolers battling against stupid high school politics (with a gun) was too far.

Over time the moral panic aspects of the film have faded. That's not to say that its social commentary doesn't work, as it does, but Heathers inspired other films and shows to pick up the torch and carry on its darkly comedic legacy, to the point that Heathers itself feels pretty mild now. It has its moments, and is powered by pretty solid performances, but in the long-term scope of teen comedies (dark or otherwise), Heathers now feels pretty safe and middle of the road.

I think a bit part of that is because it's not at all realistic at this point. By playing in the genre that was defined by the films of John Hughes, Heathers takes on the same heightened tone that Hughes's own films had. No one is going to argue that the events depicted in, say, The Breakfast Club, Sixteen Candles, or Ferris Bueller's Day Off are at all realistic, but they do get to a core truth about teen life, at least during that decade. Heathers takes that unreality and underscores it to make its commentary. It works in context but feels diminished the further you get from the 1980s.

A big part of that is because the violence depicted at the school seems so tame in comparison to what students may actually have to deal with now. Three murders (ruled as suicides) in a week pales in comparison to the mass school shootings we tend to see at least one a month. Those are horrific while Heathers shows its carnage with glee. Again, that worked back in the 1980s but something has clearly changed since then and that leaves Heathers feeling rather outdated. 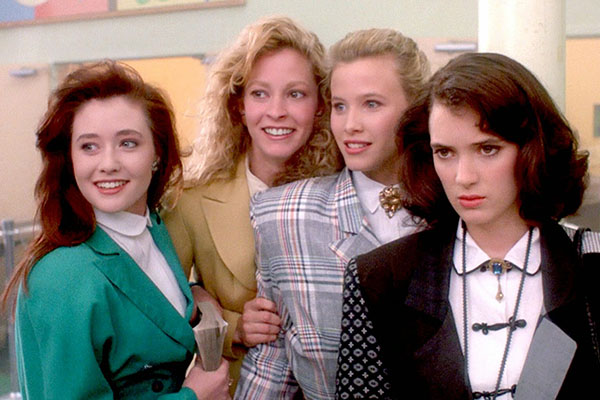 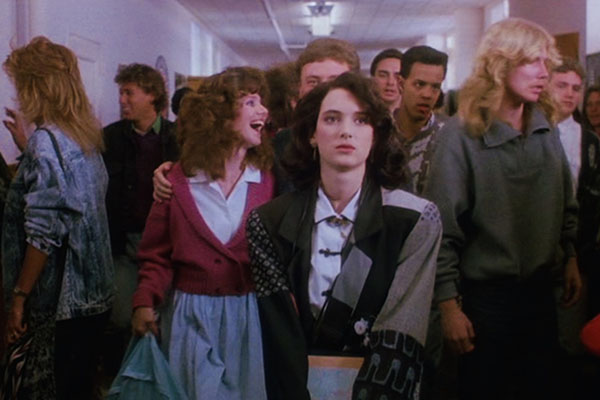 It doesn't help that, realistically, a student like J.D. would never have been allowed in the school to do half of what he had planned. He opens his line of carnage by whipping out a gun at school (that he's had on him for half a day) and firing at two students with blanks. This gets him a mild suspension. Now, if he could have somehow gotten a gun past the metal detectors that were likely at the school, he would have been expelled and brought up on charges for firing blanks at another student. The film would end in the first twenty minutes, or at the very least would be a long story about J.D. going to trail and his eventual conviction.

Of course, a realistic depiction of bullying and school violence today wouldn't have that same satirical edge (one need only look at the failure of the 2018 Heathers TV reboot, a series that very much missed the mark, for that). Heathers is a film of its time that certainly works in context. But to get into the film now you really have to suspend your disbelief. You have to watch the film from the perspective of the kids in the Brat Pack movies and not from a modern perspective.

That the film still works at all at this point is a testament to the cast. Certainly Winona Ryder as Veronica Sawyer carries the film as the protagonist. She's the one sucked into the orbit of the most popular girls in the school, the Heathers, but she manages to keep her humanity despite the machinations of the Heathers. She has a soul, thanks in large part to Ryder, and even has shit goes down and she becomes an accomplice to many crimes, Ryder is still able to make Veronica feel like a real person you want to root for. That's a feat.

Slater is good as J.D. but, despite him being the villain of this piece, I never really felt like J.D. had the meat to be a real heavy. He's powered by Slater's performance, which itself is heavily based on Jack Nicholson (a fact Slater noted). It's a charismatic performance to be sure, and it helps to paper over the flaws of J.D.'s characterization. The issue is that all of J.D.'s motivations happen off screen, before the film even starts, so we never see him grow as a villain. He shows up, ready to kill, and the carnage happens. Slater makes him watchable but can't cover for the fact that J.D. is hollow inside. 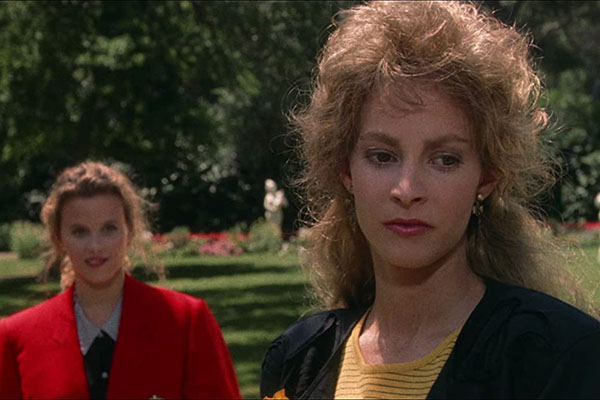 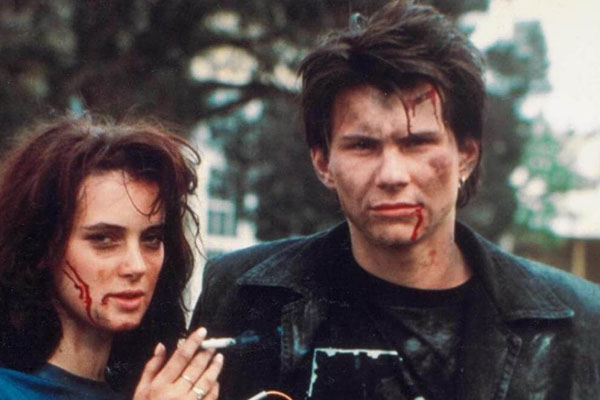 The most cited aspect of the film, outside its dark comedy is its language. The film's script, written by Daniel Waters, gives the teens their own kind of slang. It's short and simple, sounding like things kids of the time would say without actually being based on real slang from the era. That gives the language of the film a timeless quality, with much of its slang then working back into normal vernacular. It's still referenced by screenwriters today, and you can feel its influence on the ways teens talk in movies and shows, from Whedon's Buffy the Vampire Slayer on down.

In the end, though, Heathers isn't a film I really got into. I didn't watch it back in the day, of course, and I'd only seen snippets of the film up until my recent watching. It's fine, and it is funny, but I think without the anchor of the decade, without having watched it when it came out, I just couldn't really get into the film. My perspective is too modern and I don't have rose-tinted glasses for the film. there are teen comedies of the era I'll likely go back and watch again, but Heathers, for all the things it tries to do, isn't one of them.