Communist Russia Comes to You

I'm pretty deep in most genre television, watching just about anything with space lasers, sky sorcerers, or whatever series has dudes in tight-tights fighting other dudes in even tighter tights. The nerdly pursuits take up a fair bit of my time but I do, occasionally, like to go for other fare, watching a period drama here or there just to break things up. Man cannot live by superheroes alone. I usually look for something that has a certain amount of buzz behind it, trusting that a critically beloved show will at least hold my interest for a little while. Generally that works out when I need a solid palate cleanser. 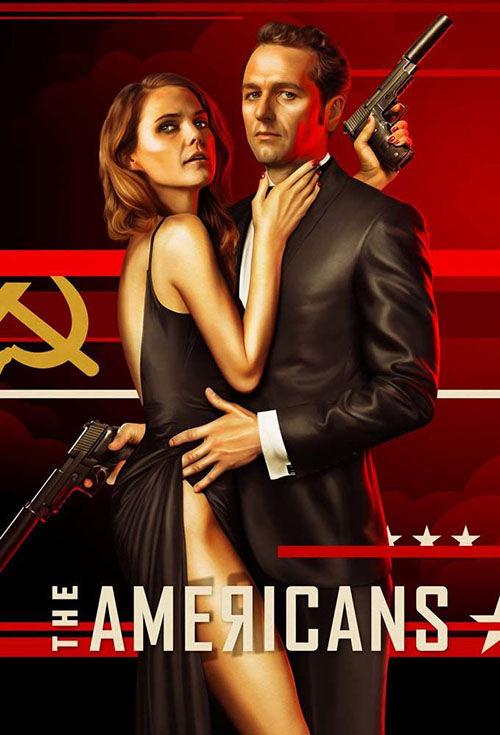 That's what original drew me to The Americans, the FX show about Soviet sleeper agents living (and working) within the U.S. By its very concept it was a period piece as this kind of story could only be told during the Cold War era of U.S./Soviet relations (now they don't need sleeper agents, Russia just hacks us from afar and pollute Facebook in the process).As someone that was born in the 1980s it does feel weird to consider that era a "period" for period pieces, but once I got over that what I found was a pretty interesting drama with a concept I hadn't seen before, and then over the course of its seasons I found the show adding in depth and dimension to the characters, creating something more than the sum of its parts.

The show presents us the Jennings, Philip / Mischa (Matthew Rhys) and Elizabeth (Nadezhda), along with their two American-born children Paige (Holly Taylor) and Henry (Keidrich Sellati). Mischa and Nadezhda were born in Russia, trained by a super secret organization (know only as "The Center") to assume identities within the U.S. and take up secret work way underneath the noses of the West's agents. This gave the two agents, Phil and Liz, the chance to do things no known agent could ever pull off with the FBI and CIA clearly keeping and eye on them.

As the years wear on and the two continue their work eventually they're forced to reveal who they are and what they do to their daughter. Paige, as you'd expect, doesn't take the news well at first, but over time she starts learning about who her parents really are and what they're doing. The two agents think they're heroes, helping to fight back against the "evil capitalist society" that is the U.S. And from their perspective maybe their right. But as the cases pile up, along with the bodies they leave in their way, the question really becomes: even if they're fighting for their country, is their country right and are they really the heroes of their own story?

The show is a slow burn, steadily unfolding its plot lines, season by season, and more and more of their work gets done. The characters live in suburbia, literally right under the nose of an FBI agent, Stan Beeman (Noah Emmerich), who becomes best friends with Philip. That's both a strength and a weakness, the slow build up of the series, because season to season I always found it hard to invest back in, to care about the show as its long plot line slowly wound its way out. The show is engaging in the moment but it has a very serialized plan for its characters and, with such a long game plan in place, it struggles to keep momentum going between seasons, at least for me. I watched the first season when it came out, then struggled to get back in for later seasons as they were made available and now, five years later, I've only managed to get through fifth season after it aired. 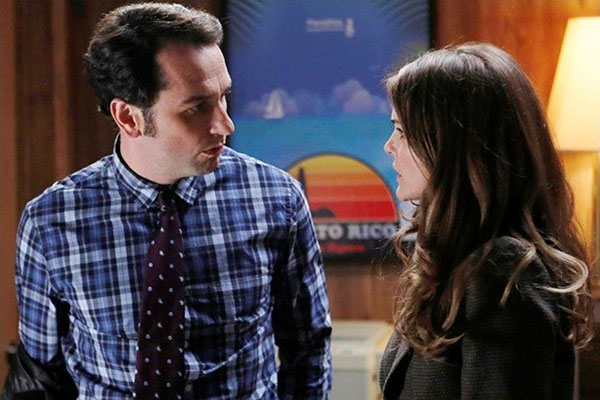 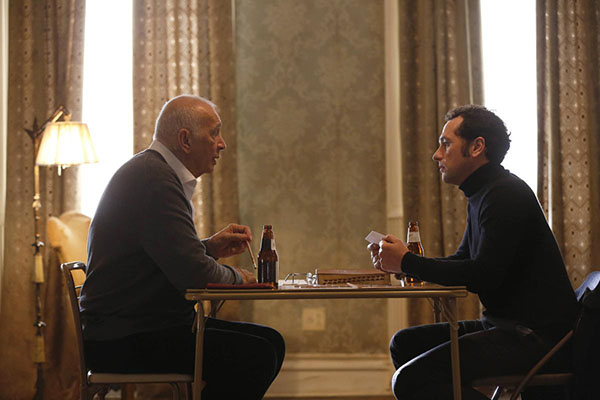 The concept of the show does help to keep things engaging in the moment. The plot is based on a sliver of truth, the fact that there were really sleeper agents, like the Jennings, living in the U.S. (at least, that's what the news reported a decade ago, spawning the idea for this show). It's a very cool, dramatic idea, a couple of Russian-trained Jason BourneLost without his memory, but bearing a particular set of skills, Jason Bourne has to figure out who he is and just why everyone seems to want him dead.-types living and working in the U.S.. That's the kind of idea that can create so many daring plot lines and, sometimes, the show was able to live up to that concept.

It helped that it had a couple of really solid leads carrying the show. Matthew Rhys's Philip acted as a kind of a heart for the family. He's good at what he does, a trained field agent that gets the job done, but he also cares and has doubts, sometimes, that what he and his "wife" were doing was really in the best interest of the world. Keri Russell's Elizabeth, by comparison, was a stone-cold true believer, ready to fight, and die, for the cause. This helped to create friction and drama for the two characters as they working through their issues while still trying to stay on task.

Of course, then there was the suspense about whether the two would get caught. Would the FBI (via Beeman) figure out who they really were? Would their Russian handlers (who also lived in the U.S.) realize that one of them wasn't as dedicated to the cause as the other? And what was their end game? Could they ever really go home or was a death somewhere on the shores of the U.S. all they could hope for when their jobs were done? That added a lot of stakes to the show, especially as you came to know and care about these characters.

The first five seasons of the show, despite a few time jumps here and there, created a cohesive story of the two agents working together as they learned to become a real family unit (the reserved Elizabeth always being the hold out). Season five ends on a bit of a cliffhanger, whether the two agents would be able to get out of the business and head back home to Russia (as well as what that would mean for their kids). Following their lives through a chunk of the early-to-mid 1980s, this allows the show to explore who they were, what they were doing, and whether what they were doing was the right call, and when they had to make the choice to stay in the U.S. or go home, that gave the decision real stakes. 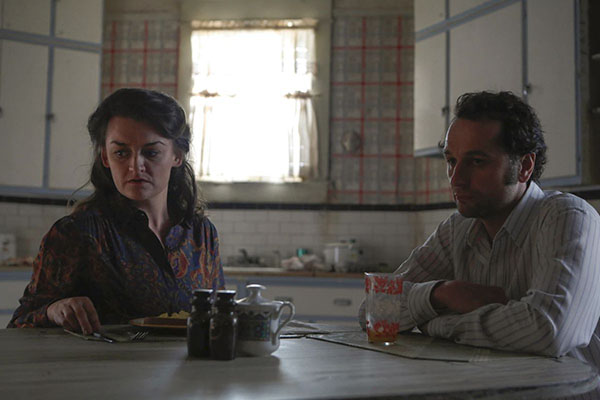 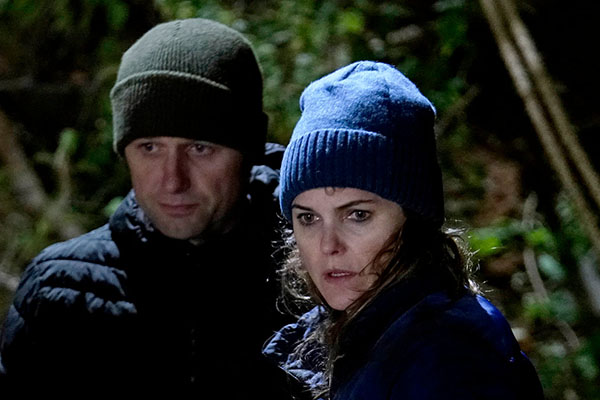 I consider these first five seasons one unified whole for the series as its sixth and final season introduced a big time jump (to an expected point in history, if you know that era and what was to come) and changed up the dynamics of everyone in the family. Sixth season is the end game, but its different enough from what came before that it has to be discussed on its own. Still, it's worth noting that while the first five seasons feel unified in concept, they do still drag in places. Each season takes time to get going, to build its overarching storyline for that year in the lives of these "Americans", and that's where the pacing problems come in. I want to care about these characters but I also hated that the pace would slow down after 13 episodes so that we could get reintroduced to the characters once again a year later as they started some new, big case again.

The show isn't necessarily uneven it's just that I wanted it to move at a better clip, season to season, to keep me focused and engaged. I think this is a series, certainly in its first five seasons, that could have benefited from slightly smaller seasons, maybe ten episodes instead of thirteen. Overall it's great, a solid and twisty story told from the perspective of agents we'd normally consider "the enemies". But these also aren't my favorite seasons of television and, I have to admit, once I was done with each season I doubted if I'd ever get back.

Still, we have one more season to look at and that might just change my opinion overall...