Although there has been a noticeable shift in the last few years, there is still a relative dearth of good, female-led action films in comparison to those starring men. The action adventures of the 1980s start big and buff, hard-bodied men gave way to the lean and efficient actioners of the 1990s and early 2000s, still starring men, and then the old-guy kills everyone thrillers of the more recent decades, again largely with men in the lead roles, but it's not often that you get good films in this vein with women (and even less that don't feature Charlize Theron in the center of the film). I'm sure a lot of that is perception, that men doing big manly things has to be the way of it, but honestly a good story can turn a actress into a convincing action lead just as well as it can for a dude. 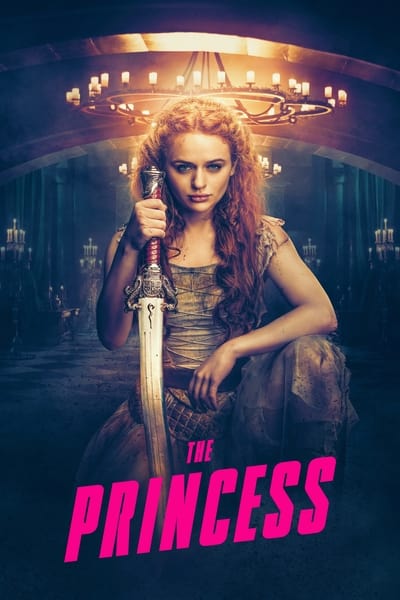 Case in point is The Princess, a recent release on HuluOriginally created as a joint streaming service between the major U.S. broadcast networks, Hulu has grown to be a solid alternative to the likes of Netflix and Amazon Prime, even as it learns harder on its collection of shows from Fox and FX since Disney purchased a majority stake in the service.. This film sets up a story that really could only work from the female perspective -- a princess caught at the top of a tower, having to fight her way out -- and handles it with aplomb. It takes a setup that, frankly, reminded me greatly of The Raid. The action isn't as good, in the way that you just know trained martial artists can kill it better than anyone else, but as far as setup and execution, this movie really has an excellent setup. That, plus a still fairly unique perspective made for one heck of a thrill ride.

In the film we're introduced to the titular princess (who, I think, goes unnamed throughout the film, played by Joey King), asleep on a bed at the top of the tallest tower in a castle, made ready for her wedding day. It's not a marriage she wants, mind you, as she was drugged and knocked out before being dragged up there. However her "suitor", Julius (Dominic Cooper), wants to rule the kingdom and when the Princess turned down his affections once already, he chose to invade the castle and take it, and her, by force.

The Princess, though, isn't just going to roll over and be a dutiful wife. When two guards come in (either to check on her or maybe rape her) she kills them both, and then starts killing her way down the tower, fighting everyone she has to so she can escape this fate. It seems the Princess was trained in sword fighting and martial arts and is a capable one-woman army all on her own. It's just one long brawl down the tower to rescue her family, kill Julius, and save her kingdom. Not too tough, right?

There are things that work well about The Princess and things that don't, but probably its biggest weakness is the overarching story of the film. The Princess doesn't want to marry out of duty but would rather her father made her (his eldest daughter, having no sons) into his heir. The rules say she cannot rule, and her father is apparently a traditionalist. He hates that she was trained in the arts of war and wants nothing more than for her to be the prim and proper lady of the court. This is not a story that's fresh and new as we've already seen a version of it over in Brave. Hell, the fact that our warrior princess is also a redhead only goes to further sell that obvious allusion. 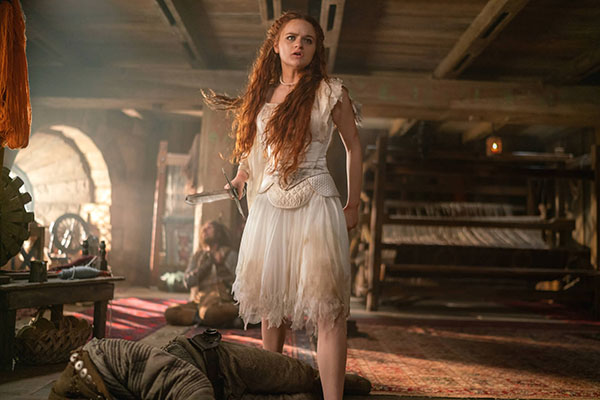 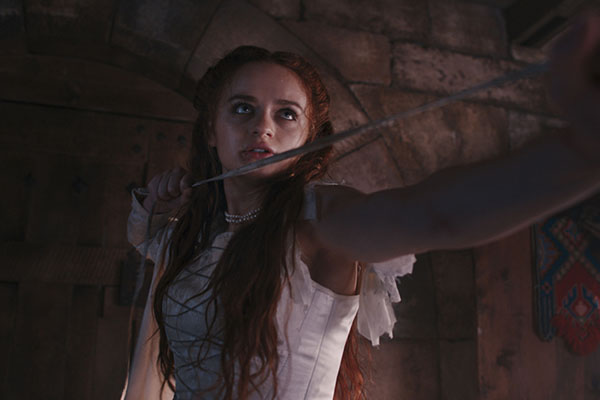 That being said, the stale "princess wants to rule" story (told largely via short flashbacks) is mixed into a pretty kick ass battle down the tower. The movie at least lets us get the story in quick bursts, and it shows us instead of telling us everything we need to know. No long speeches about duty and honor, no having to spell stuff out for us. The plot is efficient, as is the murder, and it works in the content of the tale being told.

Really, though, what we're here for is the action and, on that front, the film does deliver. Credit is due to Joey King who hasn't been in a lot of action movies (not as an action star) and it's clear she trained up for this film. She's not the best fighter (you could imagine a trained martial artist in this role really kicking ass), but she does handle her scenes well. The director never has to cut or cover for her being unable to handle the stunts on offer, and if some of them feel sloppy at times they do get by on sheer determination (much like the princess character in the film).

Some of the action, though, is pretty epic. The princess kills a lot of dudes and some of the sequences really do play up her power and strength quite well. There's the opening scene in her bridal chamber, which is properly bloody and crunchy, and then there's a good battle in the middle of the tower with her fighting a ton of dudes, up and down stairs, even leaping across chasms to make her way down. These moments really highlight the all-out attitude of the film, letting the Princess really feel the battle every step of the way.

Where King is fantastic in the role, the rest of the cast does feel much more throwaway. I like Dominic Cooper as an actor and think he can deliver solidly charismatic performances in the right roles (he's totally solid in the first couple of seasons of Preacher for example), but he just seems lost here. He doesn't chew nearly enough scenery as the heavy to really sell the role. He's still better than Julius's right-hand woman, Moira, played by Olga Kurylenko. You get the feeling that Kurylenko wants to vamp up the role, to make her a bad ass, but she just doesn't have the charisma to do it. Moira is a vacant hole where the film needed a solid female villain. 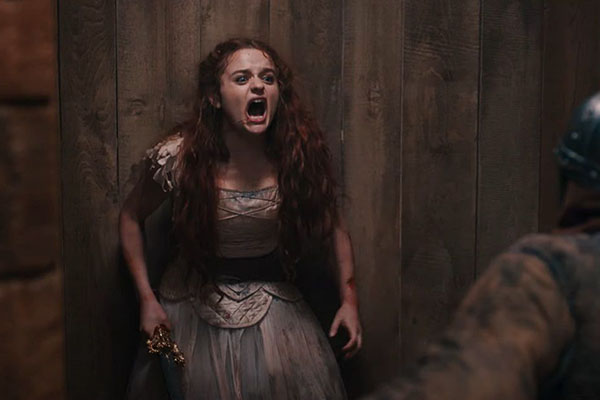 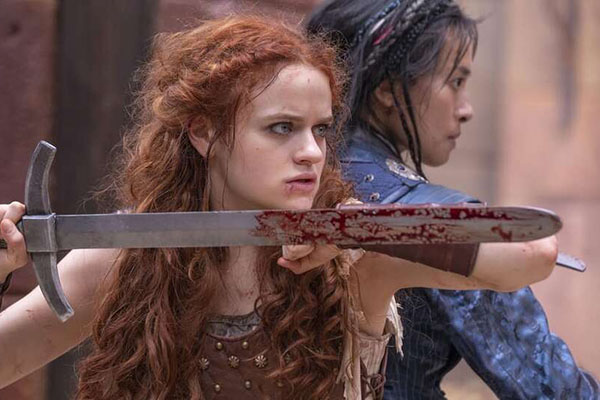 Frankly, though, this is the Princess's story, and on that front the film delivers. King carries to big moments and the quiet ones, battling past whole crowds of dudes one second and then dealing with family guilt the next. This is a story that works not only because of its actress but also because of the story it gives her, letting her find all facets of this character to play. And then it delivers a ton of fighting, blood, and violence and, man, does that work so well.

There's a small selection of these kinds of movies building -- The Raid, Dredd, the first Die HardThe 1980s were famous for the bombastic action films released during the decade. Featuring big burly men fighting other big burly men, often with more guns, bombs, and explosions than appear in Michael Bay's wildest dreams, the action films of the decade were heavy on spectacle, short on realism. And then came a little film called Die Hard that flipped the entire action genre on its head. -- movies where the hero had to battle their way up and down a tower, making for something of an explosive bottle episode in movie form. This is the first one I can think of that puts a female lead at the center of the movie, giving us a true female perspective on the whole film. I dig that, and I think it really works here to great effect. It feels claustrophobic enough to sell the setting, and epic enough to let you really enjoy the action.

The Princess isn't perfect but it does kick a lot of ass. And as a Hulu exclusive, one you can watch for free on that service (assuming you have a subscription, of course) it's an easy selection to pop on and enjoy. There aren't a lot of female-led action films so it's good to have another solid one to add to the genre.