As Disney moved out of it's classic animation era and beyond the Disney Renaissance, the company faced a reevaluation of their Disney PrincessesReleased in 1937, Disney's Snow White was a gamble for the company: the first fully-animated, feature-length film ever created. It's success lead to the eventual creation of the Disney Princess franchise, which has spawned 13 main-line films and multiple spin-off movies and shows. line. It's fair to say that the tropes and messages of their princess-starring films likely would have reassessed regardless but the company certainly brought it on themselves lumping all their princesses into a single brand. That cast a hard light on the ladies and made people question what exactly the Disney Princesses were selling. Certainly the older princesses in the line -- Snow White, Cinderella, Sleeping Beauty -- all sold a message that all the ladies needed was a big, strong man to come save them, but even later entries -- Ariel and Belle in particular, despite otherwise strong character work -- still fell into these same trope-filled pits. 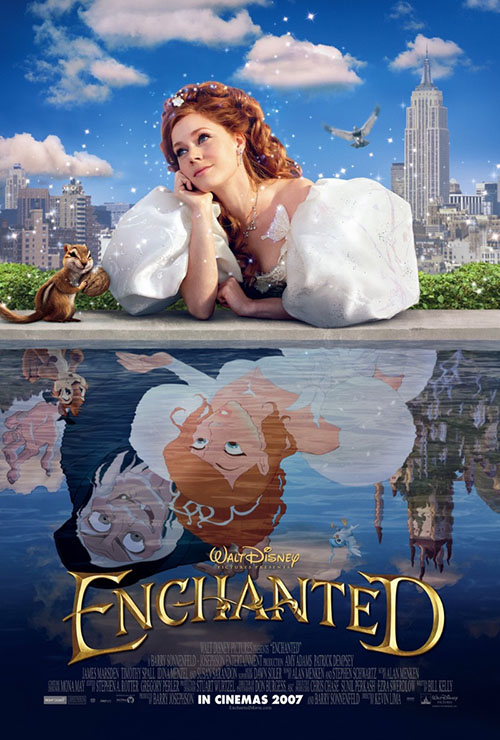 This spurned Disney on to find ways to reinvent the brand (a process that is still going on with their more recently added princesses: Tiana, Rapunzel, Anna, Elsa, and Moana). But even before new, official princesses were added to the mix (and they even got to comment on the tropes of their own formula) we had a film that played with the conventions of the animated princesses by, well, taking the animated girl out of her animated world. Disney released Enchanted in 2007 and, as a commentary on their own films, the movie works decently well indeed.

In the film lovely and fair Giselle (Amy Adams) is a lady in the mold of every soon-to-be princess in the animated world. Poor, but sweet, she lives in an enchanted forest where she's aided in her daily tasks by her animal companions (birds, squirrels, and even the chipmunk Pip that come to help she she sings for them). When an ogre attacks Giselle at her home, the handsome Prince Edward (James Marsden) comes to her aid, catching her as she falls out of a tree (evading the ogre all on her own). The two realize they're meant for each other, two singing song-birds that finish each other's lyrics.

The one person not happy about this development is the evil Queen Narissa (Susan Sarandon) for if Edwards marries Giselle then he has no need for his mother and she loses her power over the kingdom. So, on the day of their wedding, Narissa takes Giselle aside and shoves her into a magical well that shoots Giselle out of the animated world of Andalasia and into the real world of New York City. There she's saved (one again from a big fall) by Robert Philip (Patrick Dempsey), a divorce lawyer, and father, who doesn't have time for Giselle's weird princess antics. But as he helps her out, he finds that she adds something he was missing in his life. However, Edward comes to New York looking for his bride, and the evil Queen can't let the two get together. One way or another all these characters will meet for a action-packed climax to cap this love-story in the making.

The best way to look at Enchanted is as a parody of the Disney Princess line, just one made by Disney themselves. As Disney made the film you know there won't be a level of raunch that you might see in other parody film (no penis jokes about lightabsers like in Spaceballs. There are some great weird moments, like Giselle calling on the animals of New York to help her and getting pigeons, rats, and cockroaches, but the humor here is pretty gentle, a nice ribbing of Disney without ever stepping over the line. It lets the film maintain an air of "being Disney" while poking fun at the same time, which I'm sure worked just fine for the House of Mouse. 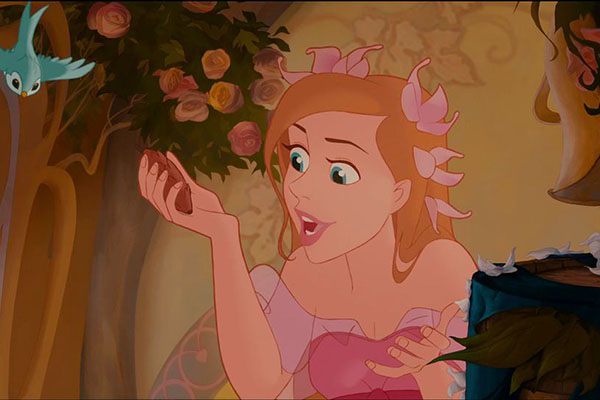 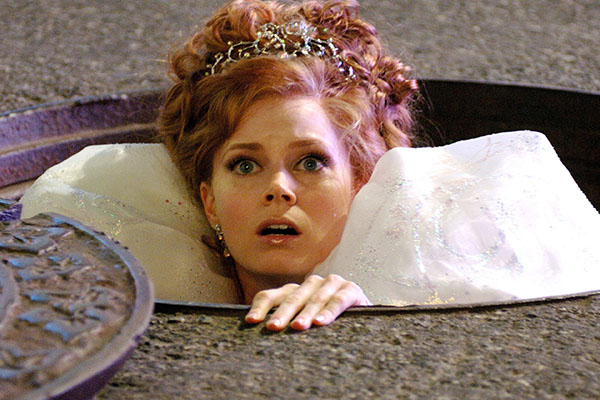 Being a parody, though, also allows the film to comment on the princess tropes that are simply accepted in the world of Disney's classic films. A girl singing in the woods, finding her prince, and then marrying him a day later is a standard int he storybooks but in the real world, as Dempsey's Robert points out, you simply can't marry someone you've known for a day. You have to find your own way in the world, get to know people around, you, and find the kind of lasting happiness that can't simply come out of a storybook.

The issue for the film, and its one big flaw, is that in the last act it then throws all that away and let's Giselle have her storybook ending with Robert instead despite everything he'd said (and she's realized was right) in the first two acts of the film. Instead of Giselle falling for someone after one day, now she and Robert fall for each other after two. That's double the time, so it's totally okay, right? The film would work better if it was willing to move a little slower, let the timeline be a little longer, so that its attempts at breaking the tropes of the formula actually stuck.

What sells the film, and makes you care a little less about some of the plot's minor flaw, is the absolutely game cast. Dempsey has the simplest role of the film, playing the straight man to the antics that come up around him. He was quoted as saying he found the role difficult just because he had to keep a straight face the whole time, but he does play the grounding force and his straight man routine makes the rest of the silliness work even better because of it.

Amy Adams is perfect as Giselle in the film, plying a wide-eyes naivety that works perfectly. Giselle is written as a distillation of all the princesses that came before her, and that means she has all their innocence, all their earnestness, and all their magical princess powers boiled into one character. That's a lot but Adams makes it work by going whole hog into it, letting her character be truly a part of her animated world even though she's stuck in the real world. The bright eyed wonder and innocent confusion she has for everything sells the magic of the movie. 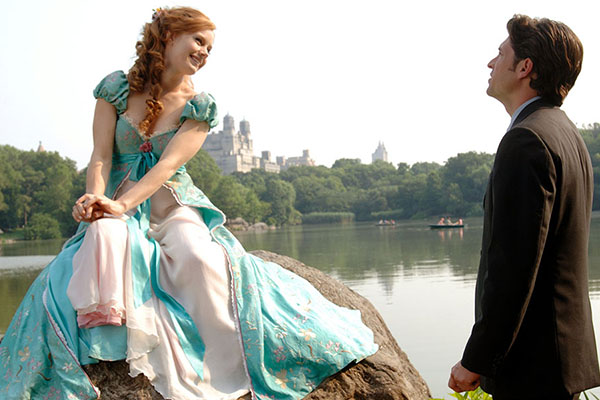 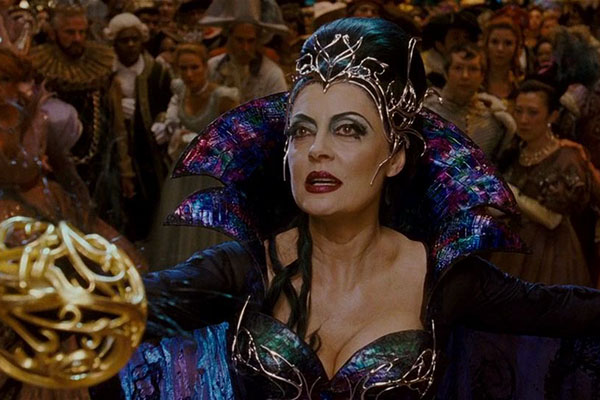 Of course the real scene stealer is James Marsden as Giselle's "charming" Prince Edward. If Amy Adams buys into her character at just the right level, Marsden takes that same earnestness and cranks it up just as high as it can go. He absolutely chews all the scenery with his doofy, over-the-top performance, playing his charming prince at the same level of, say, Chris Pine and Billy Magnussen as the Princes Charming in Disney's production of Into the Woods. There's no shame here, just pure, unadulterated, cartoonish prince-ing. It's amazing.

Enchanted is a deeply silly movie, a mash up of Disney conventions and standard romantic comedy storytelling. But because the film plays so much of it for laughs while the characters play it straight it all works really well. It's not perfect, no, and it even gets a little saggy in the last act (again, when the film drops the pretense and just buys into its story), but for a breezy and fun hour-and-a-half this film provides the entertainment wanted. it's bright and fun and doesn't take itself too seriously, creating just the right release for the Disney Princess valve before the more modern era began.