Does Any of This Really Matter?

When I reviewed the first season of the CGI Clone Wars, it was with every intention of going through, season by season, and reviewing the whole run. There are a bunch of other shows that tie into Clone Wars -- Rebels, The Mandalorian, and then new The Bad Batch -- that it felt like I needed to catch up on Clone Wars just so I could appreciate all the interconnection. 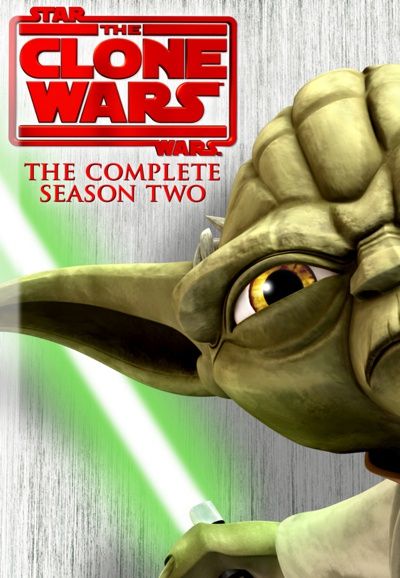 There's just one problem: the early seasons of this show are so bad. I know everyone says this show gets better, but after watching the first season, and then trying to get through the second, I had to take a break. And then that break stretched on... and on... until I realized a year and a half had gone by since I'd stopped part way into the second season. Thing is, when I finally brought myself back to the show I didn't really feel like I'd forgotten or missed anything. That's not because the show does a good job of putting important things into my brain but more because nothing important happens on the show. SO little of consequence happens in this second season that I was able to forget the entire first half and, when I came back, I didn't need to catch back up or be refreshed on details. Nothing mattered.

I know I've harped on this before but the big issue is we already know where all these characters are going to end up. If Obi-Wan and Anakin get pinned down in a small farming town and have to help defend the villagers from bandits (as happens in this season, after already seeing a similar storyline in the previous season, as well as in the first season of The Mandalorian), we aren't worried about what happens to these characters because we already know they survive to Episode III: Revenge of the Sith (and beyond).

That means that the show has to invest more heavily in the characters who have futures we don't know. That means, basically, that the show needs to put greater focus on Ashoka Tano. Now, yes, we do know she lives on into The Mandalorian now, but back when this season aired originally that wasn't a known factor. Ashoka is one of the few original characters from this show that we can invest in. It's her and a bunch of clones, most of whom we don't really see past a single episode so they don't count. Ashoka is our new character, the one that isn't set in stone, so the show has to really work with her.

Instead she disappears for most of the back-half of the season. Sure, if all you care about in Star WarsThe modern blockbuster: it's a concept so commonplace now we don't even think about the fact that before the end of the 1970s, this kind of movie -- huge spectacles, big action, massive budgets -- wasn't really made. That all changed, though, with Star Wars, a series of films that were big on spectacle (and even bigger on profits). A hero's journey set against a sci-fi backdrop, nothing like this series had ever really been done before, and then Hollywood was never the same. is what happens in the movies than the trails and travails of Ashoka don't really matter. But when she's the only person that actually could have a mysterious future, in part because she doesn't show up in Episode III at all, the show needs to give her the time required for us to care about her. She's a great character but she's sidelined for most of the season. 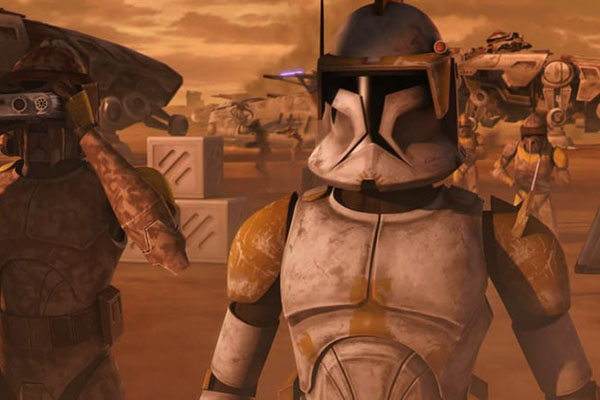 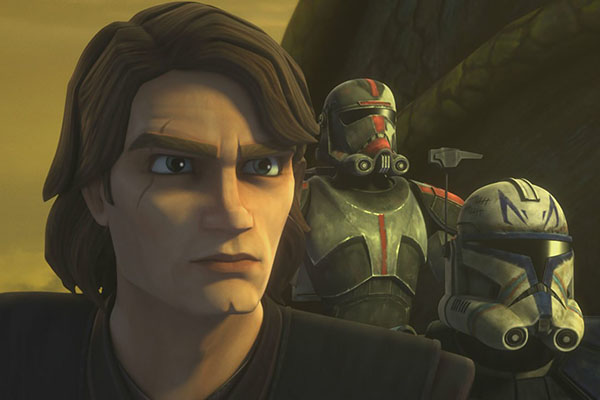 Instead of Ashoka we have stories about Anakin getting into trouble, battling Separatist Generals that we'll never see again. Or he and Mace Windu get caught in an adventure and left for dead after the ship their exploring blows up around them. We know they're never in any kind of real danger, despite what the episodes might setup, because they're still alive by the next film in the chronology. It's the same problem with we see Senator Amidala get caught up in a murder mystery, or Senator Palpatine has a hit on his head. Why does any of this matter? All these people have their future telegraphed.

It's even worse by the end of the season when a three-episode arc is devoted to Boba Fett. This little clone kid blends his way into the Republics ranks, pretending to be just another cadet. His plan is to sneak attack Mace Windu and kill the Jedi because the Jedi killed Boba's father, Jengo Fett. Obviously none of this matters because we know where Mace is going, and where Boba will end up (at the bottom of a Sarlac, at least for a time). None of his plans work out, for obvious reasons, so what does this arc do for any of the characters?

Well, it puts Boba on Slave-1 for a time, before he gets arrested for his attempts on a Jedi's life. We get introduced to a bunch of bounty hunters he knows, most of whom never show up again. And we see that he ends up spending time in prison which, does that matter? How does knowing Boba went to prison flesh out the character we see down the road in Episode V: The Empire Strikes Back? Hell, did we need to have the character fleshed out at all? Not really.

About the only thing I really liked on this show was Anakin. We get to slowly watch him progress down the dark path which, when depicted here, comes across as a much slower, and more interesting evolution, than the path Anakin takes in Episode III. I wouldn't say it make him better -- I like this version of Anakin, mind you, but it doesn't fundamentally change the version we see in the movies -- but it does at least make for character that's interesting to watch for a time. 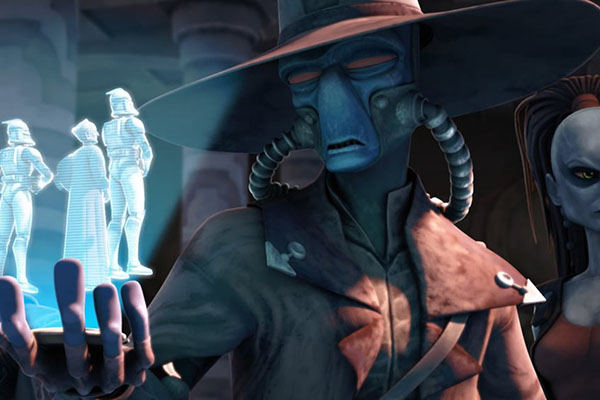 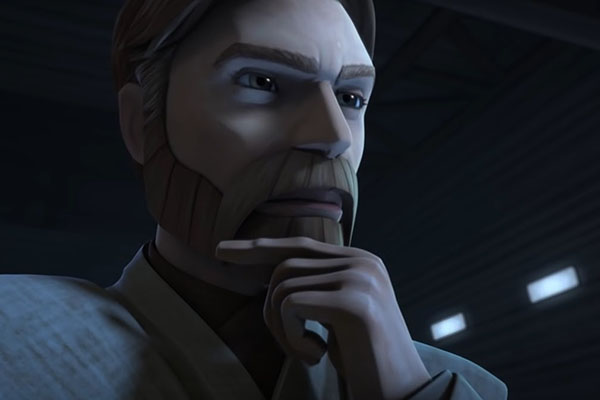 But then I come back to wondering what this is all for. This season especially seems to think fans will be interested seeing characters go through the motions of a war that will never end (at least, not any time soon), having adventures that won't affect anything that we see in the later films. Setting a prequel series to a film seems like such a strange idea and, as of yet, Clone Wars hasn't yet convinced me that it was actually a good idea.