From Street Racing to International Espionage

With Fast Five it's fair to say that the The Fast and the FuriousStarted as a film about undercover policing in the illegal street-racing community, this series has grown to encompass a number of different genres and become one of the most bankable franchises in the world. films pulled off a major reinvention. They completely ditched the old genre of the previous movies -- cops-n-robbers action-drama -- for Ocean's SeriesAlthough the franchise began back in the days of the Rat Pack with the original Ocean's 11, the franchise truly gained prominence with the Clooney/Pitt-starring, Soderbergh-directed Ocean's reboot series from 2001. The daring criminals would go on to have several cool and stylish capers through the series, redefining the heist genre in the process.-inspired hijinx. The evolution was solid, marking the fifth film as one of the best in the series. 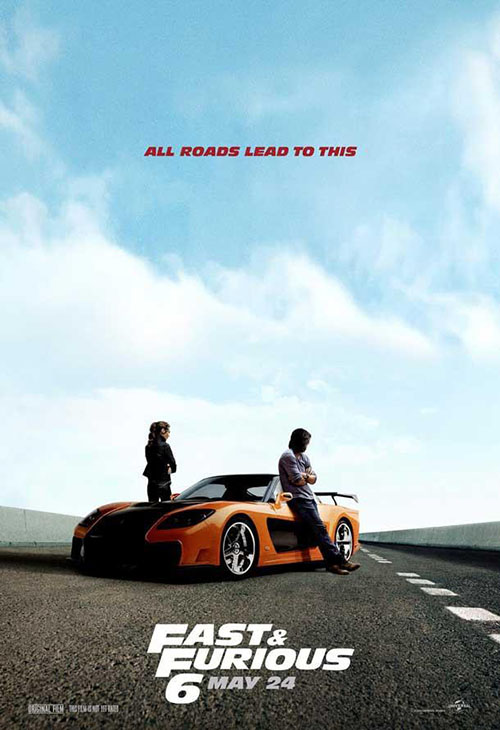 So the question then became where to take the series from there? Obviously if the team just kept pulling off the same capers the series would get stagnant. Using the Ocean's series as a comparison, the first (reboot) film is considered to be the best and while the others have all been generally good in their own ways, none of them have risen to the heights of the original. Most, in fact, have been pale comparisons to the first film. With a series that already had to reinvent itself once, it's easy to see why the Fast & Furious producers didn't want to go down that same road with their series.

Instead, the movies take the idea of a team of well-trained racers and operatives and twists it around the make them into espionage experts (albeit ones that still get down for a bit of street racing). In the sixth film, Fast & Furious 6, the team -- Dom (Diesel), O'Connor (Walker), Tej (Ludacris), Roman (Tyrese), Han (Kang), and Gisele (Gadot) -- is called in by Hobbs (The Rock) to hunt down Owen Shaw (Luke Evans), an international spy-turned-black market dealer and terrorist. Shaw, along with his team, has been stealing the parts to a magical god device (some kind of MacGuffin that can do bad things and hurt a lot of people -- the specifics aren't really necessary to the point), and Shaw is one part away from building the device. So they have to stop Shaw from getting that part by any means necessary.

What's really surprising about Fast & Furious 6 is how well it transitions the team to espionage. The concept on its own is silly; these are street racers not spies. But the thing is that the film never treats the guys like anything other than exactly who they are. Half the crew are still street drivers, still looking at everything from their unique perspective and doing things "their way". The other half, like O'Connor the ex-cop or Han and Gisele the one-time-military spooks, use their specific skills in service of the team, fleshing out the skill and needs to carry the whole unit forward. On its face it shouldn't work, but because of the way the film builds it up you never really question why these guys are the ones needed to do the job.

Well, okay, that's not entirely true. Certainly if the dangers were different some other team would be needed. They aren't being called in to disable a nuke or end a military coup, for example. Shaw and his team are basically mirror-versions of the Furious crew (something the movie specifically name-checks), and because of this it makes a whole lot more sense for Dom's crew to be needed in this specific instance. 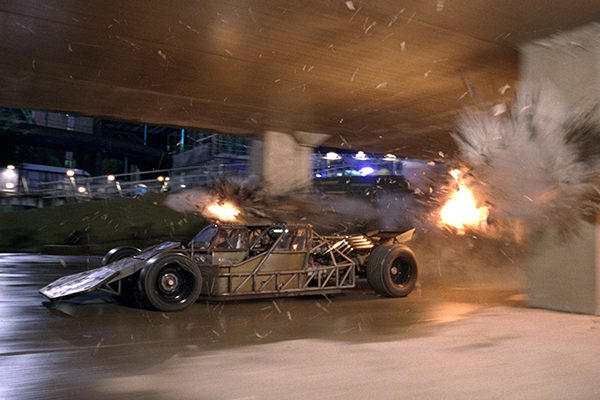 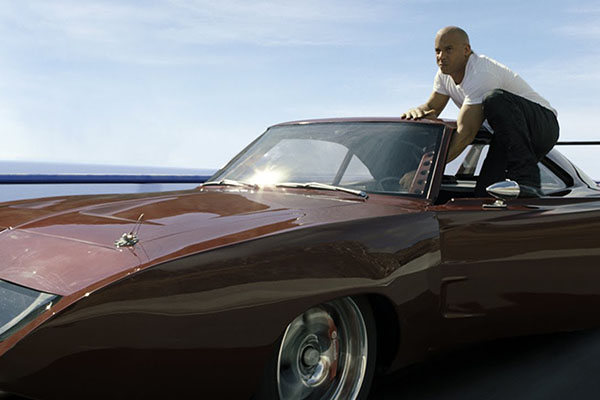 Plus, honestly, Fast Five laid most of the groundwork for this film. Just by moving the guys out of the exclusive world of illegal street racing into a different genre -- amusing crime capers -- it forced the creators to recast characters in different lights, to flesh out their skills off the road to make them all more useful to the heist. Once that was established, it's much easier to look at the characters and say, "Tej, the mechanic and electrical engineer, can figure out devices and adapt technology." Some of the character conversions work better than others -- somehow Brian is now a black belt-equivalent warrior without showing much technical proficiency before -- but overall recasting the characters for this new setting is fairly seamless and natural.

It does help that the villain isn't really all that smart. Despite what we're told about him (told, not shown), he doesn't really seem to think five steps ahead of the good guys. Dom's team is easily able to figure out his strategies and keep up with his dastardly plans. Even when he does prove to have the better of the heroes, like in a great opening car chase with a pretty interesting militarized street racer, the team pretty quick works to adapt to the situation.

That does speak to an issue with the movie, though: the villain just isn't that great. To be honest, the villains of the series have never been good; Dom was the best in the first film, and he was more of an adversary while the Triad gang members were the true bad guys there, and they were all pretty one-note. From there was had a couple of bland drug runners, a low-level Yakuza street-tough, and then a Brazilian crime lord. None of them are all that interesting or memorable. Owen Shaw matches that standard, doing what Furious villains do: stand around, make threats, and glower. Against a group of charismatic street toughs, he didn't stand a chance.

Without a solid villain, though, the film has to really play up the characters more, and this is certainly where the film strains the least. The returning cast of regulars this time is smaller, and more focus is put on Dom and Brian, giving each of them big moments (and important plot lines) that elevate their own character but downplay the rest of the group. The team had a lot of chemistry in Fast Five, leading to a lot of enjoyable, light-hearted moments. This film, though, goes for a darker, more serious storyline and it loses the fun in the process. 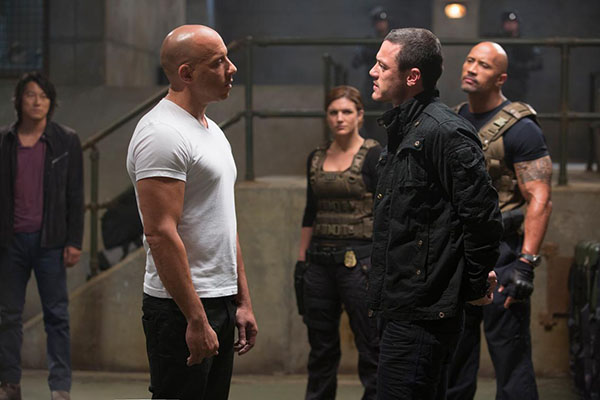 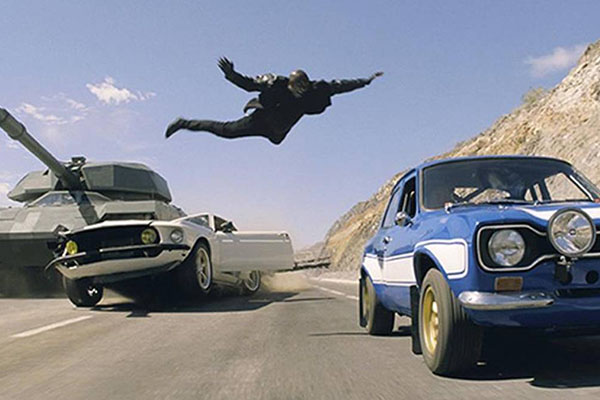 The film isn't as zippy and happy-go-lucky as the previous entry, but Fast & Furious 6 does at least sport some great action. As noted, the early street chase is pretty solid, but there's also a good foot-chase/fight sequence at the mid point, plus a stellar highway sequence (featuring a tank) and final, high speed airplane chase (as it tries to takeoff from the tarmac). Although none of these feel as visceral as the safe sequence from Fast Five, they're all pretty solid efforts with good carnage and plenty of practical effects.

On the whole, Fast & Furious 6 is a solid movie that helps to push the new Furious formula ahead. If it weren't for Fast Five this film would probably look so much better. It's action-packed with plenty of great scenes. It's just missing a certain something, a bit of spark that the absolutely stellar fifth entry had, and that hold is back from greatness.