Getting the Gang Back Together

Although Justin Lin started his long run of The Fast and the FuriousStarted as a film about undercover policing in the illegal street-racing community, this series has grown to encompass a number of different genres and become one of the most bankable franchises in the world. movies with Tokyo Drift, it's hard to really say that the movies had yet to make a real shift at that point. Lin's influence would be felt as the series went along (through four mainline movies so far plus, apparently, at least one upcoming spin-off), but Tokyo drift is an oddball movie in the franchise. It's a largely low-stakes, high school love story set in a franchise mostly dealing with undercover agents and international crime. If Tokyo Drift didn't have "The Fast and the Furious" in its title (and a cameo from Vin Diesel), no one would have known it was connected to the greater whole. 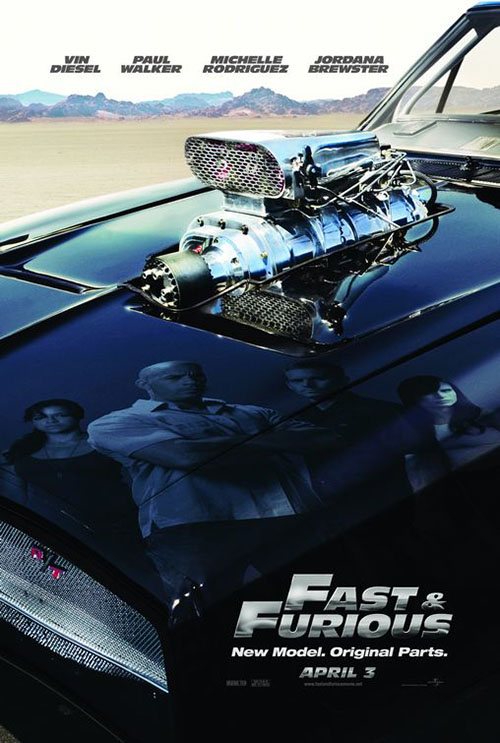 That's something Fast & Furious (the fourth film in the increasingly confusingly named series) had to course correct. Along with Tokyo Drift there was also the Miami-set standalone sequel 2 Fast 2 Furious which at least did have Paul Walker's Brian O'Conner in a lead role, but otherwise felt largely disconnected from the first The Fast and the Furious film. This fourth title feels like something of a soft-reset in that the location of the series moves back to L.A. this time around, and both Paul Walker's O'Conner and Vin Diesel's Dominick Toretto are the focus of the film.

In Fast & Furious we find Toretto, along with his girl Letty (Michelle Rodriguez) and a cadre of associates (including fan-favorite Han, again played by Sung Kang, making this movie a prequel to Tokyo Drift) robbing tanker trucks of their precious cargo. After a paricularly ugly botched theft, the gang has to split up, with Toretto bailing on Letty for her own safety (so he thinks anyway). Months later, though, he gets a call from his sister, Mia (Jordana Brewster) telling him that Letty is dead, killed by some drug-running reprobates. Risking arrest again (since at this point in the timeline it's still only been five years since he went on the run), Dom comes back to the States to find Letty's killer. This mixes him up with O'Conner, now officially working for the FBI, as he's also on the case. The two eventually have to put aside their differences and work together to bring drug smuggler (and murderer) Arturo Bragga (John Ortiz) to justice.

From the outset this fourth film feels like a more grown-up version of the franchise. It's still big, and brash, and dumb in places, but there's a focus to the story, a maturity to the film that the previous adventures lacked. Partially that's the stakes set, as this film is about revenge and justice and not just driving really fast with loud motors. It's hard to say a Fast & Furious has nuance, but inasmuch as that might be possible, this fourth movie gets the closest it could.

It helps that, over all, the film is actually focused on it's story. Certainly both 2 Fast and Tokyo Drift were shallow films who only made passing nods towards whatever story they were telling so long as it didn't get in the way of the street racing. Even the first film lacked a really cohesive story, prioritizing thrills over the cops-and-robbers trapping. Fast & Furious, though, actually make the case against Varga a key part of the story; the FBI investigation is front-and-center for much of Brian's storyline, and key parts of the plotline hinge on his access to law enforcement resources. 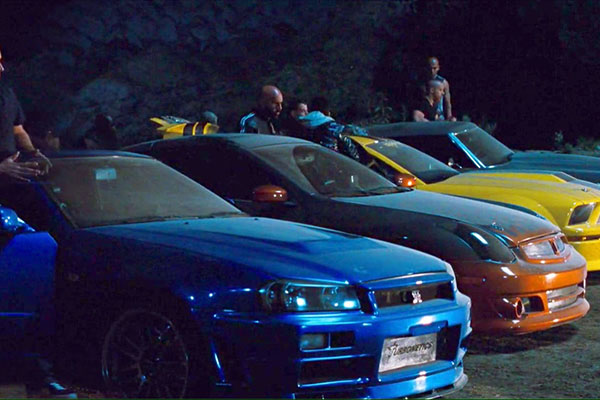 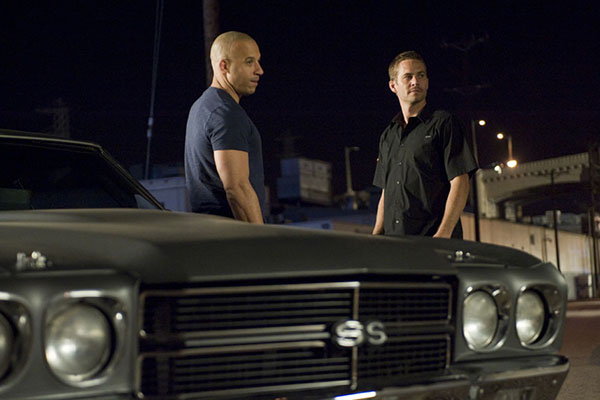 Fast & Furious also marks a step up for the production values of the franchise. As I noted in my review of Tokyo Drift, Lin brought a solid eye to the series, upgrading the visuals in that film. He does it again, making Fast & Furious into a visually appealing film, easily the best looking of the four so far. The cinematography on this film is smooter, the editing less jarring, and the production design much slicker all around.

The film also minimizes the awful CGI that, so often, was a part of the series. While it's still there, still used to supplement a number of shots that would have been to hard, or dangerous, to film, much of the graphical effects in the movie are there to supplement to action instead of distracting from it. It helps that it feels like a lot of the stunts on the film were done with practical effects, something the series gets even better about as it goes on. There's a visceral quality to the action this time around that the earlier movies lacked (even if Tokyo Drift tried).

The action, over all, is fantastic this time around. The film opens with the truck heist, and that one becomes quite a nail-biter once everything goes off the rails. There are a couple of good races, and one solid chase sequence, and the best of them all use pratical effects and real drivers. Easily the weakest set-piece is the final chase because of it's over-reliance on CGI, but there are still plenty of great moments throughout the film that help to set the bar high for the series. If you come to this movies for big racing action, Fast & Furious certainly provides.

Even the acting is improved this time around. Considering that both Walker and Diesel had been absent from at least one of the previous, films, it's impressive that they could both settle back down into their roles for Fast & Furious. Walker, actually, deserves a ton of praise as he finally has a hold of the O'Conner character. Gone are the goofy affectations when he lost his control over the character. Instead he's fully in the role and is able to stand toe-to-toe with Vin Diesel. The pair are a solid force together this time around, bringing the film home. 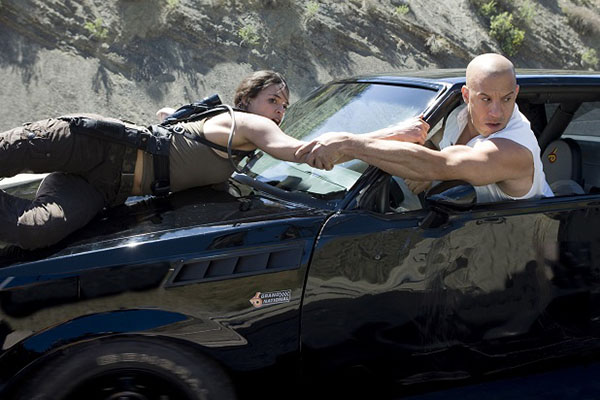 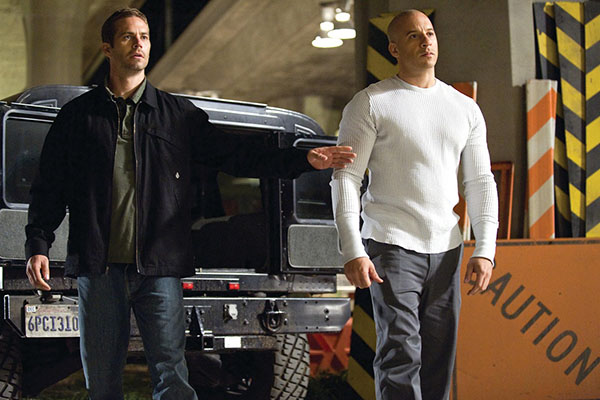 Better yet, the series actually improves even from here...