The Amazing Han (and Some Other People)

The Fast and the Furious: Tokyo Drift

Hollywood likes to milk a franchise as long as possible. When a movie makes money it's all but guaranteed that a sequel will quickly get developed. Once 2 Fast 2 Furious proved to be a success, a third film in the franchise was all but guaranteed. There was just one problem: none of the original cast members from the previous flicks wanted to star in a new The Fast and the FuriousStarted as a film about undercover policing in the illegal street-racing community, this series has grown to encompass a number of different genres and become one of the most bankable franchises in the world. film in the franchise. That meant a new Fast and the Furious movie would have to be made without Paul Walker's Brian O'Connor, the connective tissue of the franchise so far. 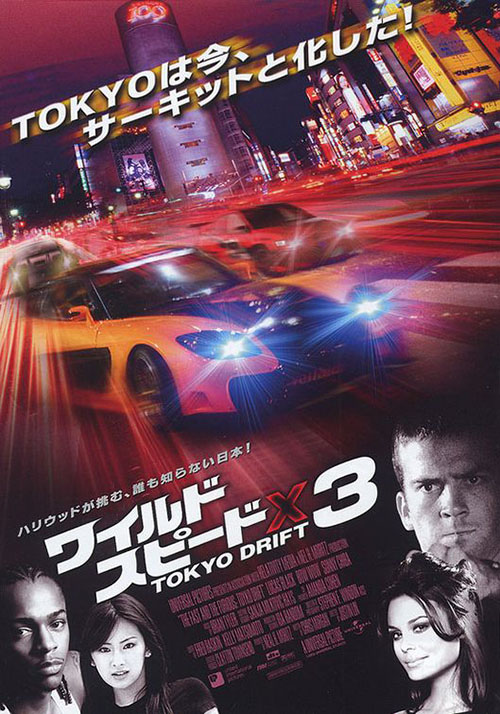 Instead, the franchise was pushed into standalone territory, swapping out the United States for Japan and ditching drag racing for drifting. While the film is fun in its own way, it arguable how much it feels like a real Fast and Furious film. Instead of being about undercover drives and illicit crimes, the focus of the movie is decidedly smaller, with high school rivals battling it out for the heart of a girl. It's easy to see why the film wasn't as successful as previous films in the franchise (and while this film remains only loosely connected to the rest of the franchise). That said, the film does have its charms.

The best part of the movie, without a doubt, is Sung Kung's Han Lue. A co-starring character, Han is one half of a small criminal operation working out of Tokyo. Han is business partners with Takashi (Brian Tee), who is the rival of our protagonist, Sean Boswell (Lucas Black). After Sean arrives in Tokyo (having gotten in trouble for illegal driving back in the States), Han takes Sean under his wing, teaching the kid the ropes of drift driving (while also using him as a courier for his operations). While Han was clearly supposed to be a small part, just there to give Sean guidance, Kung steals the show. He has this casual charisma, an effortless charm that keeps his character engaging even when he's sitting on the sidelines, eating a snack (which he does a lot). It's fair to say that without Han, or Kung playing the role, Tokyo Drift wouldn't be anywhere near as watchable.

It's easy to see why Han was brought back for later films in the franchise. Once the movies became about using members from the past to populate coordinated teams of drivers (from Fast Five on), Han was an obvious choice for inclusion. His character is smart is funny and clearly he knows the ropes of both criminal enterprises and street racing. The film does a good job of establishing him and building him up, but it also plays it smart, never showing up just what kinds of criminal dealings he really is a part of. That means that we can enjoy the character without ever really feeling conflicted about what he does. And then, when he returns later in the series, all we know is that he's a good guy with a strong knowledge base. That's a neat trick.

To be fair to the rest of the cast, though, this movie is stacked with decent actors. Although Black's Sean has been largely shutout from the rest of the franchise (only making one cameo appearance down the road), he does a pretty good job with his character in this film. While Sean is about as poorly written as, say, Brian from the first two movies, Black does a better job of conveying all the necessary emotions. He's a much more fully realized character in the actor's hands, and were it not for a terrible Taxes accent that the actor is hobbled with, he'd probably be much more fondly remembered. 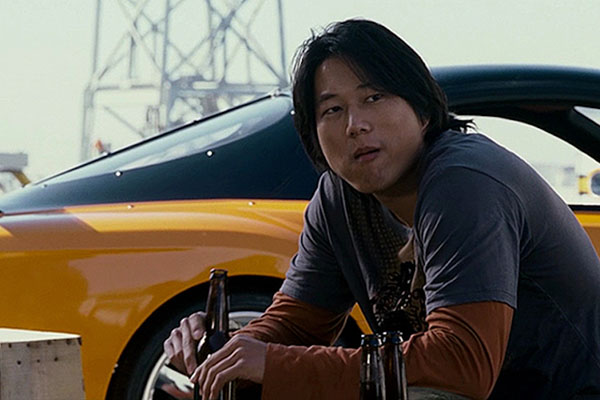 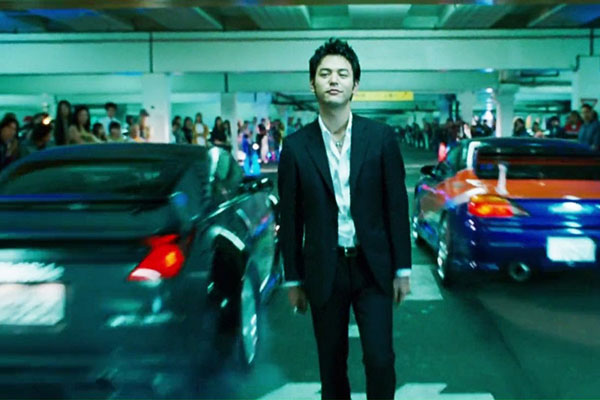 Joining Black is another rapper-turned-actor, Bow Wow. The rapper plays Twinkie, a street-level wheeler-and-dealer who also works as a flunkie for Han. Like with Ludacris in the previous film, Bow Wow takes his underwritten role and turns the character into a solid presence. I wouldn't say Twinkie is as memorable as Taj from 2 Fast 2 Furious (even if, functionally, they serve the same role), but he is a fun presence, one that's well acted and enjoyable to watch.

Really, the weakest characters in the film are the Japanese ones. It's weird that the film is set in Tokyo and the Japanese characters are the least interesting, but that does speak to a major issue with the movie: there's a bit of white savior complex written into the story. Sean shows up, fails at drift racing until a local teaches him the ropes. Then, before too long, he's out driving the natives and besting them at their own skills. If you swapped in period trapping and samurai honor, you'd basically have The Last Samurai. The only characters that matter are the ones not from Japan -- Sean (white), Han (Korean), Twinkie (African American), and Sean's love interest Neela (Australian, played by Nathalie Keeley). More Japanese characters that you could care about (beyond some background extras) would have helped this problem.

Now, if we want to get really into the social politics of the situation, it is fair to note that the Japanese are an insular people. When you have a country that has been invaded by other superpowers (Imperialistic America and China, both) and told to bend this way and that, it's pretty easy to put up defenses and withdraw into your own culture. From the things I've read (and the stories I've heard from people that have gone over there), Japan does have a xenophobic undercurrent, a desire to keep Japan Japanese which, again, is understandable given the circumstances they've endured. It does mean, though, that anyone not from Japan (and even some that are born in Japan you aren't full-blooded Japanese) are treated as "separate" or "other" (or, as the film notes with a slur, gaijin).

If the film had been better about addressing this, maybe actually taking some time to acknowledge the socio-political factors, even with an off-handed comment, the dynamics of the situation could have played better in the movie. Instead, because most white people aren't aware of any of this, the villain of the movie, Takashi, and his band of flunkies even up looking like racist caricatures. There's no nuance to their characters because all the needed nuance to understand where they're coming from is left out of the movie. 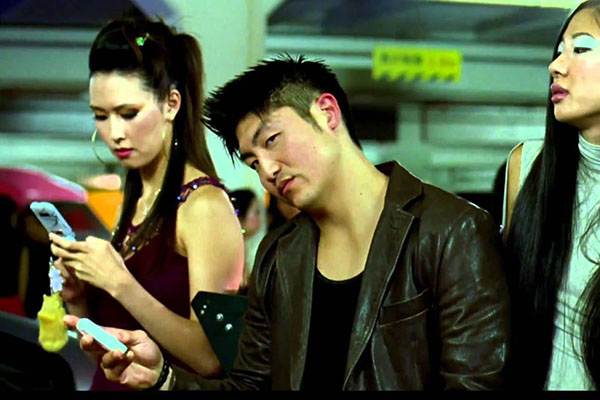 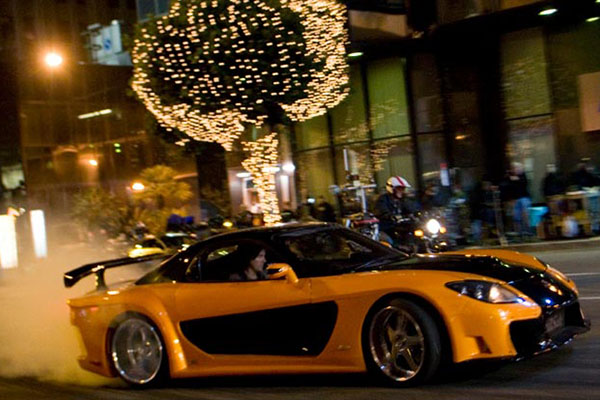 Which, really, is a big issue with setting a movie like this in Japan. The Fast and Furious movies are dumb car flicks with big action and lots of tire squeals, and this movie certainly delivers on that front. Director Justin Lin should be commended for his work on the movie as this is easily the best looking film of the original three. But there's a clash between the dynamics of a big, dumb movie like this and the nuanced political climate a country like Japan needs to understand the story better. Without the nuance needed, Tokyo Drift comes across as supremely shallow and kind of racist.

That's something only a big rewrite, and improved casting to include more Japanese actors in lead roles, could have fixed. When the best comparison to your film is The Last Samurai, another racist white savior movie, maybe you should have put the film back in the hopper for a little while, let it mature some. I like Tokyo Drift when it's just focused on Han and drift racing. Once it ventures out of that (you know, into the actual plot of the movie), the film ends up on shakier grounds and it's really hard to appreciate it. Even a Dominick Toretto cameo can't save the film at that point.