Back When Missions Were Merely Improbable

After watching Mission Impossible: Fallout last week (GenCon really got in the way of me talking about it before now) it felt like I really needed to go back and watch the whole series again. I remember not liking the first couple of flicks for whatever reason, but then I was 15 when the first one came out and it's been a long time since then. Maybe my opinion could change. 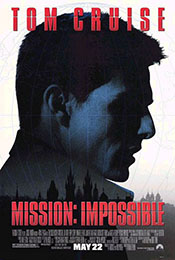 In this first movie we're introduced to Ethan Hunt (Tom Cruise, our perpetual crazy action man) and his band of spies. They're lead by Jim Phelps (Jon Voight in the film, taking over the character from Peter Graves from the original TV shows, although Graves hadn't been invited back for the film so one could view these movies as taking place in a different continuity if they so desired). Phelps is the top man at the Impossible Mission Force (what it's really called), a covert ops team that goes in where other agencies can't to get the job done. Unfortunately for the team, soon after going out on a mission to reclaim the stolen NOC list (a list of all the IMF agents, codenames and real identities), all of Ethan's team, including seemingly Phelps, are killed and Hunt is presumed to be a double-agent. He has to go on the run, recruit a new team, and work to clear his own name.

Firstly, we have to address the issues fans have with this movie. I will fully admit I haven't watched the show at all (although I have a suspicion I'll end up looking for episodes on YouTube after I'm done with the movies) so I don't know how legitimate their complaints are. What I do know is that most fans of the series hated the treatment of Phelps. He was supposed to be the good guy, the best of the IMF crop. In the film, though, he's supposedly killed at the start of the movie. Of course, with a character as big in the series as Phelps, and Voight in the role, it had to be obvious to everyone in the audience he was coming back half-way in (a faked death and all that). But then the film turns around and makes him the villain (spoiler for a 22-year-old movie), and most fans of the original series tuned out.

Does this betrayal of the Phelps character have the same impact now? Hardly. Considering that the original Mission: Impossible series has been off the air, in either form, since 1990 (over 28 years at the time of this article), anyone going into the 1996 M:I film now probably doesn't care who Phelps is. He's just a guy, and then he becomes a bad guy. Just another twist in a twisty movie.

The other complaint M:I fans had about the 1996 film was that it was too much of an action blockbuster and not brainy enough in comparison to the original series. Again, I can't speak the how the original series played, but I will agree that M:I '96 is a big, dumb action movie. I think, in their heads, the producers might have thought they were making the spy-movie equivalent of Ocean's Eleven (admittedly 5 years before that film came out), but there wasn't nearly enough espionage and heist tricks to balance out all the big, dumb, action set pieces. 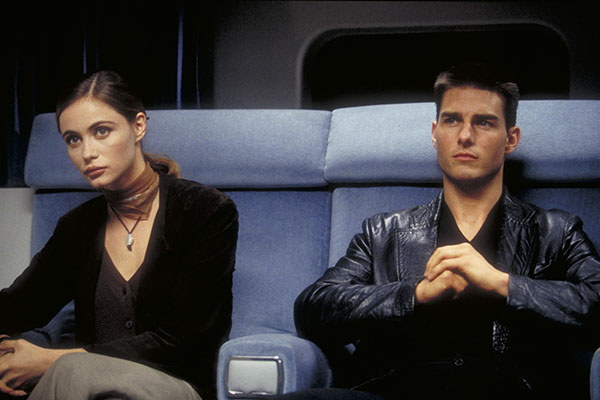 As an action movie, too, I would argue the film doesn't really work, but that's not down to the concept of the action scenes. In theory the couple of big set pieces we get should be show-stoppers. The most famous scene is is the one people parodied over and over again for years: the heist of the NOC list mid-way into the film. Here, Hunt is lowered down into the shaft of a computer room where he can't make too much noise, touch the floor, and raise the temperature too much. it feels like the producers here really wanted to do something in answer to the 1992 film Sneakers (which had it's own "don't move too fast, don't make any noise" heist). However, that movies was smart, and precise, and well executed (it was, essentially, what fans of the original M:I series probably wanted from a movie). In the right hands, this would be a great sequence.

However, the film was not directed by a action movie mastermind. The director was Brian De Palma, and he's much better known for his dramatic thrillers than his action films. While he certainly was able to lend a certain noir-ish feel to some of the slower, more talk-y sequences of the film, his action scenes are pretty lacking. Going back and watching the computer core heist, it's not an adrenaline rush of a sequence; there's no sitting on the edge of your seat for this one. It's slow, and plodding, and kinda goofy. It lacks any kind of energy that would get you into the scene and then rushes the very end right when it could have actually gotten some thrills out of the scene.

Other action sequences fair just as poorly. The opening sequence where the agents are bumped off, one by one, feel perfunctory and a little dumb. A big sequence where Hunt sets off an explosion and runs from the rushing water behind him is just goofy to watch. And the big climactic showdown between Phelps and Hunt at the end of the film as the climb across the top of a bullet train looks like it was filmed entirely against a green screen. Maybe it was, but it didn't have to look like it.

Then we get to the acting which is subpar. The Cruise we have here is far removed from the actor of Fallout. This Hunt has all the cocky smugness of Cruise without gravitas or darker emotions to temper the performance. Like most early Cruise performance, Hunt has a face you want to punch. Still, he at least is more invested in his role than Voight who just seems bored most of the time. He clearly didn't care much about this movie and was in it just for the paycheck. He gives us nothing as Phelps, and thus we don't invest in the character so we don't care about his supposed death nor his eventual resurrection and double-cross. 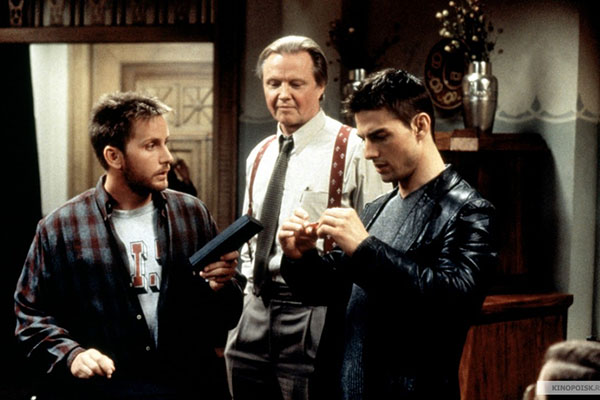 Looking back at the 1996 Mission: Impossible, it's amazing to me that this movie made a crazy-ton of money and launched a franchise. If not for Tom Cruise in this film I doubt anyone would have gone to see it and no one would really remember it now except as "that Hollywood fiasco, another reason they shouldn't try to reboot franchises". It comes across as a sub-par techo-thriller, a direct-to-video script with a blockbuster budget. The fact that is launched a series that is still going strong is a testament to Tom Cruise's star power (and the desire of audiences to see the man run very, very fast).