And Then Just Apply a Little Rogue...

Here we are, at the fifth Mission: Impossible flick, Rogue Nation (and since we started with Fallout, this is the last M:I film review for the site until they make a new flick a few years from now). Thankfully, despite my worries, we're ending on a bit of a high note (things could have gone a lot worse if we'd gone backwards through the series and ended with the first film). 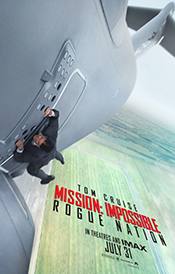 Although Fallout is billed as the first direct sequel in the M:I film series, that's not really true. Ever since M:I 3, the films have had a consistent continuity with plotlines building off the previous films as the characters continue to grow. The Ethan hunt of film one barely resembles the same character in film three, sure, but we then have a consistent Ethan from that point forward, dealing with the fallout of his marriage, new colleagues to deal with, and continuing, escalating threats along the way. Rogue Nation brings back Simon Pegg's Benji, Ving Rhames's Luther, and Jeremy Renner's Brandt while also introducing a trio of potential villains: Alec Baldwin's CIA Director Hunkley, Sean Harris's Solomon Lane (leader of the terrorist group "The Syndicate", an anti-IMF), and Rebecca Furguson's disavowed Agent Ilsa Faust.

What serves Rogue Nation well is that sense of continuity. The first two films suffered from trying to setup character, situations, and getting you to care about everyone involved (they also suffered from bad directing and poor writing, but we already harped on those). This, the third film in the Bad Robot series (Bad Robot came on as a production company for the series after J.J. Abrams joined as director of M:I 3 and producer moving forward), doesn't have to worry about a huge amount is setup for the heroes running around as the producers are, by now, assured that the audience knows what's going on and who the characters are (for the most part). This allows the villains, then, to get more air, more time on screen to become real menaces. Of course, it helps with a scenery-chewer like Sean Harris who brings a heavy performance, like a vile snake trying to swallow every scene he's in, making his character a real threat to the IMF.

It's not fair to say, really, that Baldwin or Furguson play actual villains, not in the same context of Harris's Solomon Lane. Baldwin has a pretty thankless task in making his character, Director Hunkley, into someone actually interesting. Hunkley's entire motivation is a distrust for the IMF so he wants to do everything he can to shut the agency down (you know, right up until the point where he realizes the IMF is necessary, just like every director trying to shut the IMF down throughout the entire series). IF it was someone other than Baldwin in the role, you'd just simply shrug them off and ignore that plotline completely, but Baldwin has presence, a winking charm he can bring while still playing a heavy, and while you never forget it's Alec Baldwin (and not a real character), he at least is watchable.

Ferguson gets much more to do with her disavowed agent. Faust is a deep-cover British intelligence agent tasked with infiltrating Lane's group and stopping him from the inside. She's so deep cover, though, that she pretty much has to act like one of the bad guys, right up until she gets mixed up with Ethan Hunt and the IMF. Furguson gets to play a well-written, deeply thought out character who is given enough to do, and enough scenes or action and chaos, that she ends up rivaling Hunt as one of the best agents depicted in the series. She's not just a pretty face (like how the female actresses were treated in M:I 3 and Ghost Protocol) nor is she a damsel in distress (such as in M:I 2). She has agency, she fights her own fights (really well, in fact), and even saves Hunt on a couple of occasions. 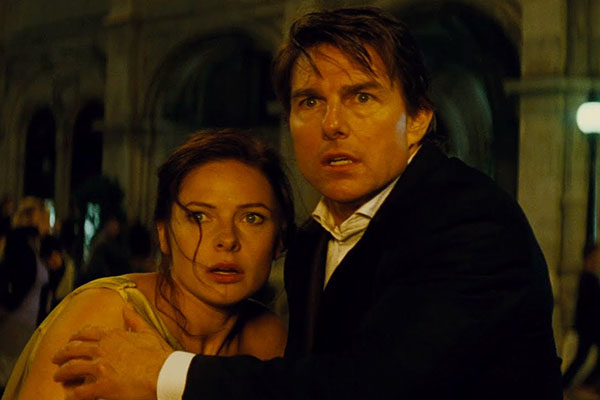 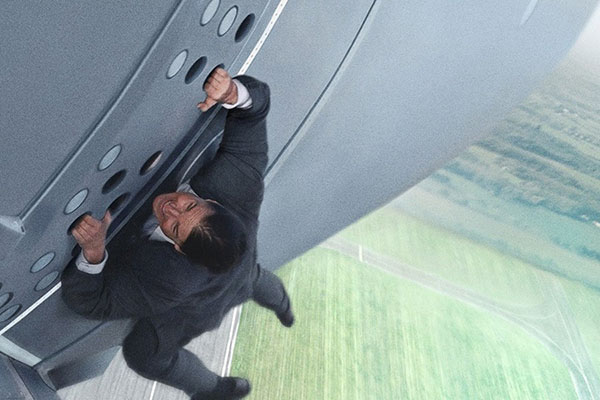 That's one of the things that works really well Rogue Nation and sets it apart from the films that came before: this isn't just the Tom Cruise show. Rogue Nation is an ensemble film, giving larger parts to Simon Pegg, Ving Rhames, and Jeremy Renner, along with effectively making Ferguson's new character a co-lead on the film. You get a sense that the IMF is really more than just one dude running around -- Tom Cruise is really good at running, sure, but he can't be the only one. It feels like a more fully realized agency and a more fully realized world because of it.

Of course, this is still Tom Cruise's biggest franchise, so the man gets to do what he does best: run around a lot and throw himself into stupid situations other A-list stars wouldn't try. The big shot used in all the advertising materials was the early airplane heist where Cruise willingly strapped himself to the outside of a plane. It's an impressive sequence and the way it's filmed (by writer-director Christopher McQuarrie) puts the emphasis on how high up Cruise really is and how dangerous this stupid stunt could be. The best sequence, though, has to be the early brawl (and shootout) in the opera house, a sequence that allows the director to film fisticuffs, sniper shots, and lots of intricate choreography all while an actual opera is going on in the house. I really liked the planning and thought that went into this section as it allowed the various characters, as well as the setting, the shine.

Other action sections weren't as impressive, though. The big underwater heist, while having a few great moments for Agent Faust, doesn't seems anywhere near as impressive. While the production team says it was really done all underwater with Cruise having trained to do the whole sequence in a single take, the whole sequence feels weird and fake. And a later car chase overuses CGI in ways that clearly diminish the thrill of the chase.

Still, even with these minor quibbles, Rogue Nation is far and away one of the best of the series. How good this film is speaks to the strength of McQuarrie. The writer/director on this flick first joined the franchise for Ghost Protocol, serving as an on-set script doctor as he performed a massive rewrite of the film after production had already begun. He then took the reins for Rogue Nation before going on to direct another series highpoint, Fallout. It's no wonder that the producers want him to come back to direct a hypothetical M:I 7 as he's clearly the driving force in what's worked with the franchise since J.J. Abrams took a back seat. The films benefit from his involvement and he makes world-class action films with this team. 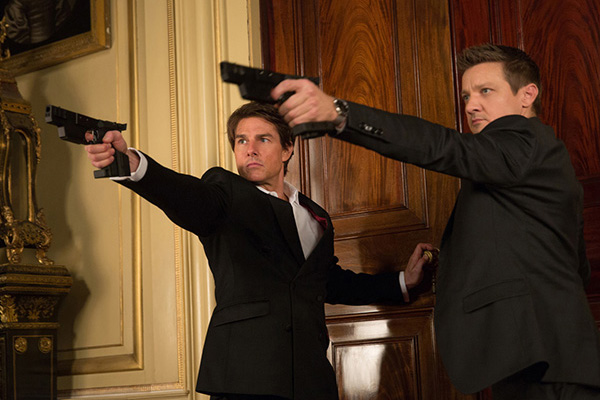 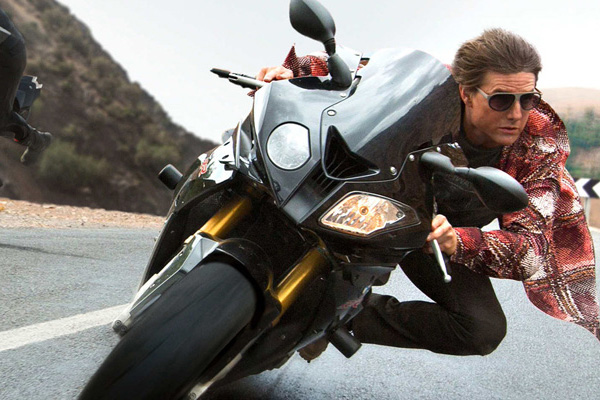 Having going through the whole series I do still think that M:I 3 is probably the best of the set, but both Rogue Nation and follow-up Fallout are great films as well. It's a matter of degrees that sets each film apart from the others, with all of them counting among the best the series has ever produced. Rogue Nation is a great, largely self-contained film on it's own, but it benefits even more from having seen what comes before (and after).

I guess I have to go watch some of the old TV series now, for completeness sake.