As surprising as it was for me to see a sequel to Mission: Impossible come out -- I mean, really, that movie just wasn't very good -- apparently my opinion was in the minority as plenty of people flocked to see that flick in theaters. It made a whole ton of money ($457 Mil on a $80 Mil budget), leading Hollywood to assume they had a solid franchise on their hands. While star Tom Cruise, of course, was brought back for a second go-round, original director Brian De Palma was switched out for the vastly more interesting John Woo. This ends up giving Mission: Impossible II a very different feel to its predecessor. 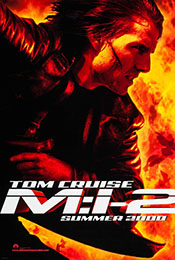 The plot of M:I 2 revolves around a clinically-made super-virus called "Chimera" (as it's a flu grafted together and made strong from a bunch of different flu strains). Ethan Hunt (Cruise) and his IMF team have to track down a rogue IMF agent, Sean Ambrose (Dougray Scott), and stop him from getting his hands on the virus. Oh, and there's also a love-interest (played by Thandie Newton), lots of globe-trotting, and so much gun-play. Like, a lot of gun-play. Guns are very much in vogue in M:I 2.

While Cruise may be the star of this film, bringing his usual smarmy persona to his character (which, delightfully, the film even calls out more than once), the true creative lead of the film is John Woo. If you've ever seen any of this movies (Hong Kong films like The Killer and Hardboiled, U.S. flicks like Broken Arrow and the amazingly, superbly over-the-top Face/Off) then you know exactly the aesthetic Woo brought to M:I 2. He has a particular brand of action, one where every gun-fight is acrobatic, every shoot-out causes birds to fly out from some hidden alcove, when a motorcycle chase has to end in some kind of an explosion. It's cheesy and goofy and amazing to watch.

The trick of John Woo's style of film-making is that you have to have a star that's game to fit into the Woo mold. Woo's most frequent muse is Chow Yun-fat, a Hong Kong star who saw limited success here in the U.S. (his most successful role in the U.S. was as Li Mu-bai in Crouching Tiger, Hidden Dragon). In Hong Kong, though, Yun-fat is a total superstar, and his movies with Woo are considered absolute classics. Yun-fat has a presence about him that contrasted with the goofy action of Woo's directorial style, bringing it all together in a way that sells the material. Plus he has a physicality about him that he could bring to the action sequences, making the over-the-top shootouts and fights really sing.

In the U.S. Woo never found a star like Yun-fat who could work as well in his films. His best effort (for a certain definition of "best") was absolutely Face/Off starring John Travolta and Nicolas Cage. Face/Off is a superbly stupid movie that works because its leads, Travolta and Cage, essentially have an on-screen contest to see who can give the hammiest, most out-there, scenery-chewing performance (and it's hard to say which one wins). They are both so overboard that they end up selling the extremely stupid material, enhancing Woo's own goofy action style. And yes, as with all Woo films, Face/Off features a gun-fight in a church with doves flying around. 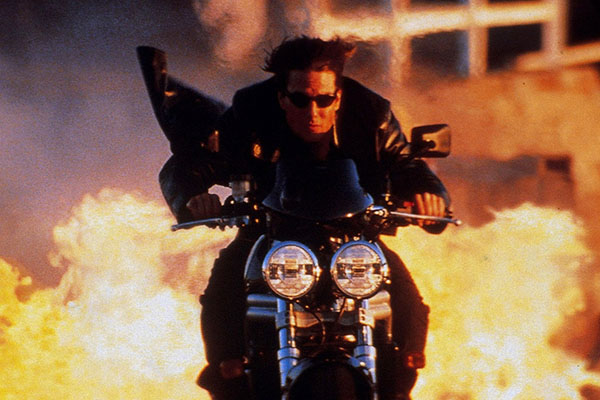 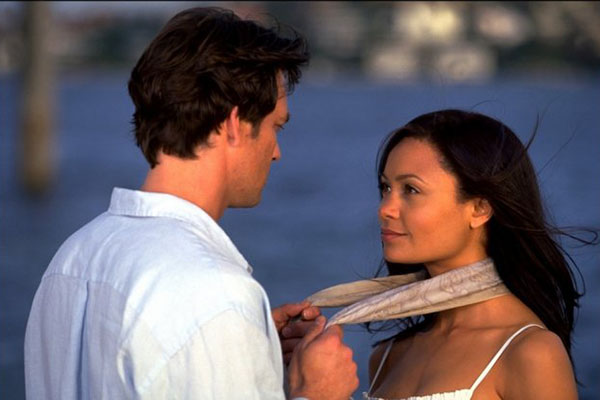 The issue with M:I 2 is that Cruise is not a strong enough presence (in the vein of Yun-Fat), unable to lend the true seriousness and physicality his performance requires to sell the material. He also doesn't go broad (like Travolta or Cafe), giving an understated portrayal of Hunt that does nothing to play with the goofiness of what's going on. He's dead serious the whole time and in a movie directed by Woo you have to at least be in on the fun in some form. Cruise adds nothing to Woo's directorial style, and the material ends up just looking dumb instead of delightfully out-there.

Certainly there are parts of the movie that work. There are plenty of well shot gun-fights, a Woo specialty, and watching someone do flips and spins and behind-the-back shots never gets old. This film also features a number of stunts that are clearly Cruise doing something stupid and death-defying because he could. An opening sequence featuring him climbing a mountain without ropes that clearly is being done for real (although they might have digitally edited out the ropes), and a later motorcycle chase (the first of many for the series) is clearly Cruise almost the entire time. At least as far as investing his body into the stunts, Cruise was on board.

He's not a fighter, though. The martial arts fights all look really dumb when Cruise has to perform them. He just can't sell a backflip into a kick or a two-foot jump kick or any of the other dumb moves that Woo wanted him to do (and would have looked great if performed by a star like Yun-fat). Cruise was clearly game, but he just didn't spend the time training to make the stunts look convincing.

Don't get me wrong: I didn't hate this movie and, at times, was rather enjoying the very John Woo charms of it. I went into Mission: Impossible II expecting to hate the film -- this was the one I remembered the least fondly of the series and I dreaded just how bad it would be upon rewatch all these years later. Instead, though, I was pleasantly surprised at how much of it actually worked so long as you shut your brain off and go in just looking for a very particular kind of cinema. John Woo doesn't make good movies, he makes enjoyable trash of the highest order. This film tries to achieve Woo's brand of awesome, but it falls short, and the blame, really, lies at Cruise's feet. 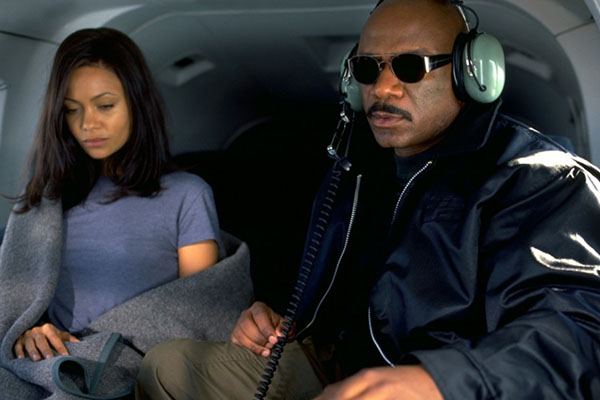 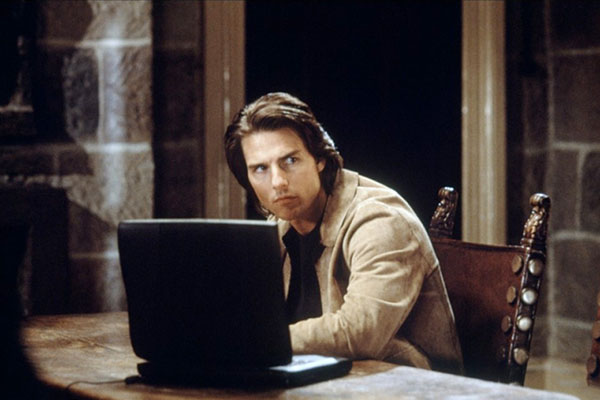 As far as the whole film series goes, M:I 2 is not the worst of the set (I dislike the first one at lot more), but it also doesn't really sing the way later films do. It's a noble effort but it's easily outclassed by any of the films to come.