While the first two films in the Mission Impossible film series were pretty lackluster, the third film was a turning point for the series. It featured emphasis of espionage while mixing in more story and biggest stakes. Most importantly, it humanized Cruise and his character, Ethan Hunt, making a hero you actually wanted to root for. After M:I 3 the series had a high bar for any sequel to try and cross. 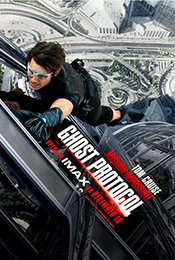 Ghost Protocol, the fourth film in the series (and first to drop the numbering convention) is a decent follow up the fantastic M:I 3, although I don't feel like it quite lives up to its predecessor. Released five years after M:I 3, Ghost Protocol finds the IMF breaking Hunt out of a Russian prison because they need him to assist in taking out a terrorist who's slowly putting together the means of launching a nuclear bomb. Paired up with teammates Benji Dunn (Simon Pegg), Jane Carter (Paula Patton), and Willian Brandt (Jeremy Renner), the team treks off across Europe and Asia, climbing tall buildings and having chases through sand storms, all to track down the terrorist and stop the launch of the warhead.

Fans of M:I 3 may note that I've made absolutely no mention of Michele Monaghan and her character Julia, Hunts wife from the third film. That's because we learn, part way in, that her character is dead and Hunt was in prison after killing her killers. This plotline left a bad taste in my mouth the first time I watched it as it speaks of not only fridging a good character off-screen but also because it removes one of the few characters that really humanized Hunt. As we learn near the end of the movie there's more to this plotline than we first suspect, but my first viewing of the film was marred by this story beat.

That said, aside from this plotline not working for me, much of the story of Ghost Protocol does work pretty well. Like most M:I films, this fourth entry is pretty light on actual story -- the plot is the mission, with all its bumps and hurdles the team has to get around. While each of the characters gets a little bit of their own story (Benji passing his field exam, Carter and her quest for revenge, Brandt and his inability to be out in the field), no one, hero or villain, gets a huge amount of focus. I'd call this a major flaw except this is how every M:I film works. The story is the mission and as long as you accept that, the movie works.

Of course, part of the fun of the M:I films is watching Tom "Gun Man" Cruise put himself into stupid situations and do his own stunts. The highlights of this film are the Dubai sequence, where Tom is really climbing the outside of the tallest building in the world before having to go out into a sand storm for a chase sequence, and then the section in Mumbai, where Hunt and the Villain battle inside one of those vehicle vending-machine towers. Each sequence is impressive in their own way, although the Dubai tower climb is certainly the more spectacular of the two. Even if you know he had a harness on (that was then obscured in post), it's still amazing to see Cruise out on the windows of the tallest building climbing his way up. It was dangerous with safety gear or not, and you know that sequence had to take a long time to shoot with this A-list actor hanging out there. 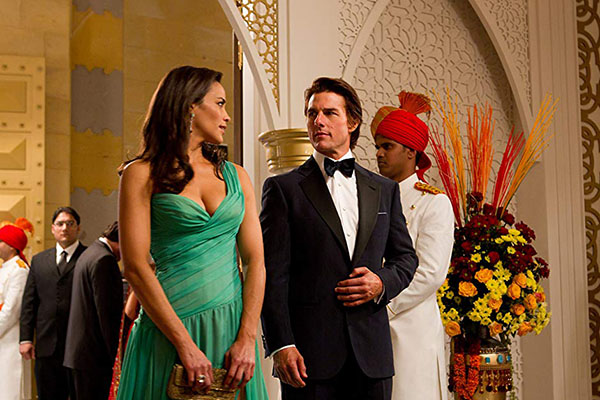 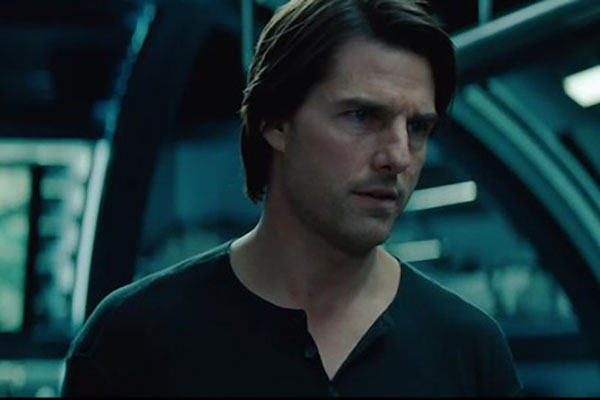 Not all the action works well, though, and I think a fair bit of that is down to director Brad Bird. His film style is more frenetic than J.J. Abrams, and it seems like he prefers to use more cuts instead of long takes. This ends up obscuring a number of good action shots as he cuts away before the camera can linger on the perilous heights or the large drops. He films everything a little too close, hiding how much danger Cruise is really in and that blunts the impact of the big stunts.

There's also an overuse of CGI, especially in the sandstorm sequence. Obviously filming during an actual sandstorm would be hard, but no amount of fakery (practical or CGI) will look as real as a true sandstorm (see also: Fury Road and it's own CGI sandstorm). There are ways to film something with a CGI backdrop and still have it feel tense and thrilling, but the sequence in Ghost Protocol doesn't really work. Bird lets the sand obscure too much, and he again cuts too often, hiding from us how much distance is really between the players in the chase. It's nowhere near as tense as it should be.

While the action may not be as solid, the acting is still great. Pegg is given more to do this time around, and he gets a lot of great lines and fun moments. His character really isn't that far off from Shaun (in Shuan of the Dead), amiable and kind of dorky, but it's a character he plays well. Patton plays a variant of the femme fatale character from past movies, but the shading she gets to give Carter, the quest for revenge, allows her a bit more range. She can nail the trouble and the darkness under the surface and we do really believe she's fighting to hold it all together.

Less interesting is Renner who is supposed to be playing a bookish analyst. Most of the film he's just kinda drab, a sort of blank slate. But then he's given this "tortured hero" backstory and Renner doesn't really rise the challenge of the role. His Brandt is about as bland as his Hawkeye (from Avengers or his agent from The Bourne Legacy). Renner would be the biggest hole is the movie if not for the villain, who's barely even a blip in the whole proceeding. He's essentially a nameless Euro-trash bad-guy, a hold-over from 90s action cinema, and you never really care about him, or if he wins, at all. 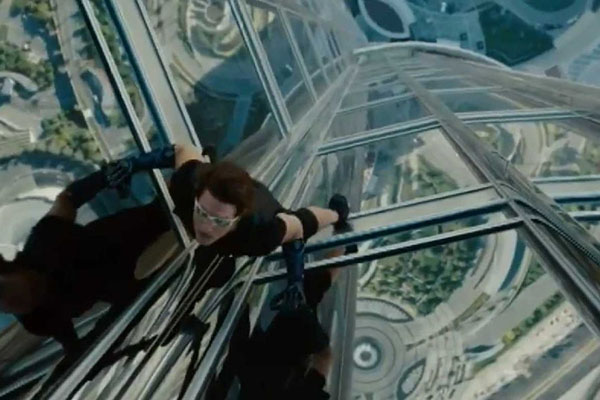 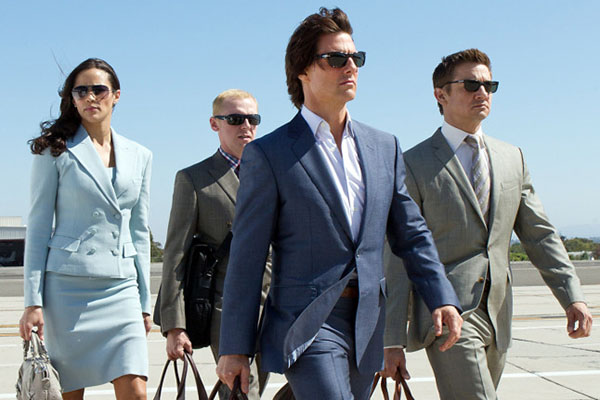 Thankfully, Cruise helps to balance this out. Carrying over his more humanized role from the third film, Hunt is a troubled agent with only a small bit of the cockiness we're used to from Cruise. He's not invincible and, as we see multiple times, he really doesn't want to have to do the over-the-top, dangerous stunts -- it's in his eyes, his brief hesitance. Cruise plays the character smartly, letting a bit of fear and worry seep into the role before he throws himself off a building once again.

Ghost Protocol is not a perfect movie -- there are better M:I films before and after it -- but it is fun. Brad Bird is no J.J. Abrams, but he did craft a decently enjoyable movie that never drags or crawls too far up its own ass. You won't hate the movie while watching it and will be satisfied with the ending (more or less). It's just a good thing to movie series gets even better in the follow ups.