I recognize that my tastes in movies doesn't really align with much of the early output from Jackie ChanConsidered one of the greatest martial arts actors ever, Jackie Chan has a filmography long enough to put the collected works of many other actors to shame, and he did it all while constantly putting his body on the line, film after film.. His films have their fans, but whether it's cultural, or I simply expect too much from his movies (things like good story and enjoyable characters), the output from Jackie Chan in the 1980s has left me rather cold. I enjoy some of his later works, but there's a whole decade of movies there that I could take or leave (and mostly just leave). Sorry, Jackie. 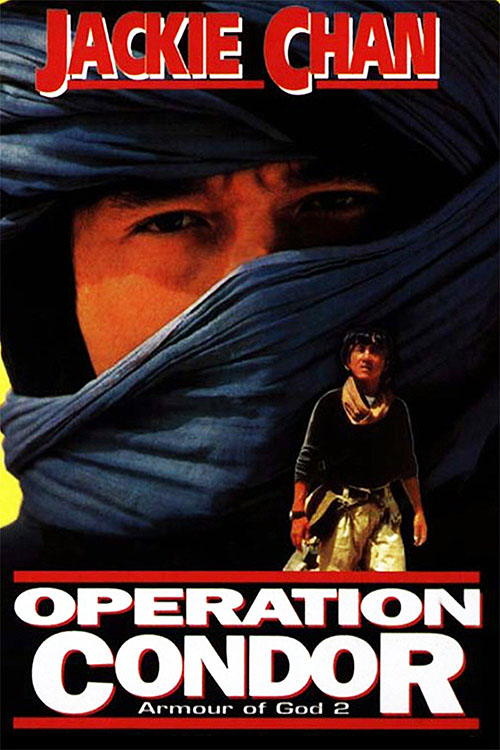 That being said, yes, once we get into the 1990s it does feel like Chan slowly turns it around. Not all of his films of this decade are great either, mind you (Twin Dragons is obnoxious and a snooze), but it does feel like in general his movies began to get better. Take, for instance, Operation Condor, the official sequel to 1986's Armour of God. Release in 1991 in Hong Kong, and then all the way out in 1997 in the U.S., this movie takes what worked about the first film and rebuilds it into something fresh and interesting (with little remaining of the original adventure). It's not perfect, but it's a damn sight more enjoyable than what came before.

In the movie, Jackie (played by Jackie Chan) aka the "Asian Hawk" or the "Condor", is called in by Duke Scapio (Bozidar Smiljanic) to work another mission. It seems that decades earlier a massive shipment of Nazi gold was lost in the African desert and, as it so happens, the map, compass, and key to find the treasure was recently discovered. At the request of the UN, Jackie has been assigned, with the help of mission advisor Ada (Carol Cheng), to track down the gold and recover it for the world.

Only problem is that they aren't the only two on the case for the gold. A lot of random treasure hunters, as well as one of the former Nazis and his band of thugs and mercenaries, also want the treasure. Everywhere Jackie, Ada, and new-found travel companion Elsa (Eva Cobo de Garcia) go, the bad guys seem to be right on their tail. It'll be a game of cat, mouse, and fight, fight, fight if Jackie and the ladies are to get to the gold before all the bad guys get them first.

Where the original film was likened to "Jackie Chan's Indiana Jones", this sequel feel much more like that aspiration. It's a random series of adventures with bad guys around every turn while Jackie and his femme fatales go looking for lost Nazi treasure (while actual Nazis pursue them). It's all the elements that go into an Indiana Jones film, just with Jackie Chan instead of Harrison Ford. While that doesn't make for a very deep film, it does end up being pretty enjoyable all the same. 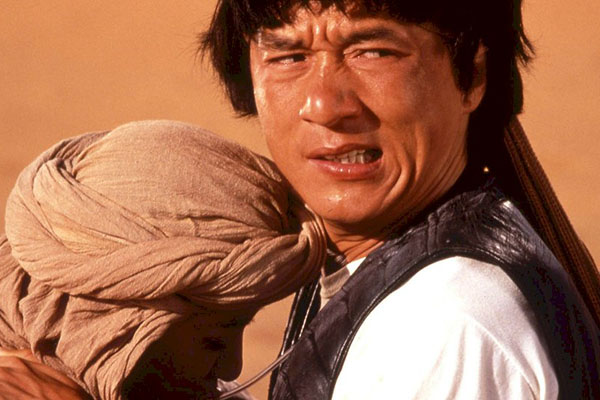 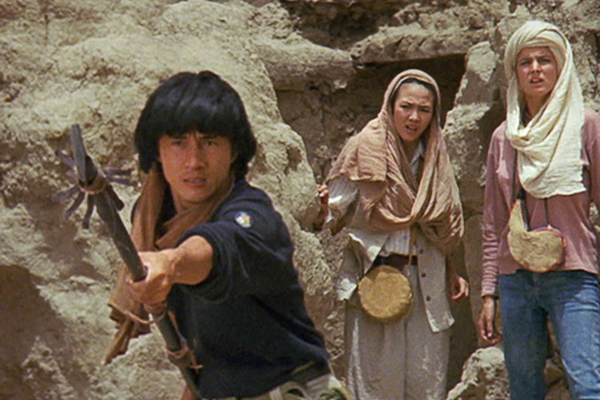 In part what helps the movie out is that it's much more action packed than its predecessor. The threadbare plot of this film (no cults, not big aspirations for the McGuffin at the end, just "find gold, get gold") means that the film can string one good action set-piece along into another. Chases, on motorcycles and on foot, fist fights, gun fights, and more all come at a steady clip, quickly funneling one into the next like clockwork. It's a fast and frenetic movie with plenty of great action to carry you along from start to finish.

The highlights of this film's action start with the motorcycle chase near the start of the film. Jackie is pursued around a small city by a fleet of cars, leading him on multiple chases up and down roads, hard turns and fast bumps included. Jackie ends up driving over vehicles before leading the merry chase down to the docks for more destructive action. The end of the film then has not only a great, multi-tier fight in and around the old Nazi base, but then a really cool fight in an airplane testing room where the wind and pressures add to the fight dynamics. There really are some great moments in this movie.

There are, however, some pretty awful moments, too. For starters, the racism of the first movie is back again. We have another sequence with Jackie confronting a bunch of island natives, and while this one doesn't scream its racism as loudly as before, it still sticks out oddly in the tone of the film. This is then followed much later by a sequence in a seemingly abandoned town in the middle of the African desert where, for some reason, a bunch of natives live. They do a weird dance, act all "foreign", and generally make it seem like the film had a lot of disdain for its Black characters.

The women don't fare much better here, either. Although they aren't put down nearly as much this time, with very few jokes at the expense of their actual character, they don't really come across as useful or essential to the film. Every action sequences leads to one, or both, of the lead women crying out for Jackie to save them, even though nine times out of ten they caused the trouble themselves. They're absolutely worthless in a fight, and bad at their jobs, making you question their inclusion at all. 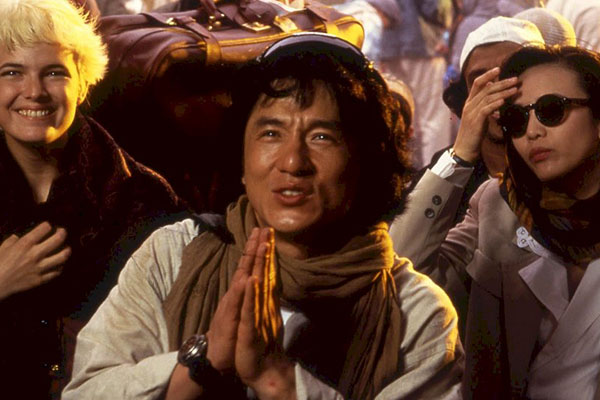 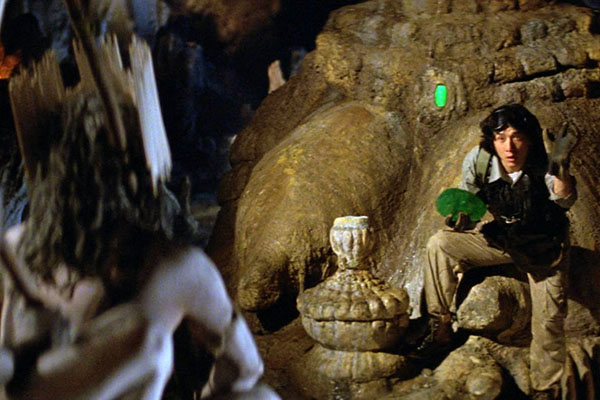 And, really, what the hell is a gigantic German military base doing buried under the ruins of an African town in the middle of the desert? We're supposed to believe, as per the story in the movie, that 13 soldiers built the whole base, which is absolutely massive, all while lugging around an entire squadron's worth of equipment and vehicles and a huge shipment of gold. I just don't see it, and while the base makes for a great set piece, it doesn't work in the context of the story at all.

Still, despite these flaws, this second Armour of God (which has no armor and no god in it) does work much better than its predecessor. It's fast and nimble and doesn't outstay its welcome, making for an entertaining, if slight, action experience. Chan has produces way worse movies in his filmography, making this one of his better simply by sheer comparison.