Watching through Jackie Chan's filmography, it's impressive just how many film series the actor managed to head up. Most actors would kill to get one or two franchises off the ground, but Chan manages to not only kick-start the two Project A films, the Armour of God movies, the Rush Hours, the Shanghai Noons, and many others. Most famously, though, he had his Police Story franchise. 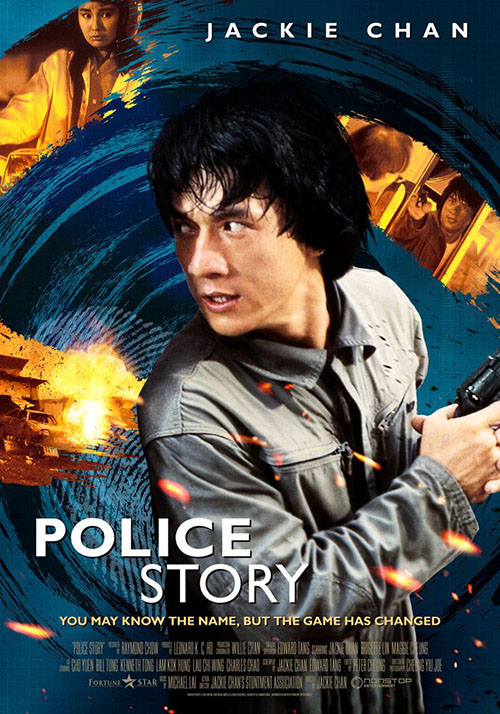 Started in 1985, Police Story is one of Jackie Chan's longest running film franchises. Comprising eight movies (four from the main series, two spin-offs, and two reboots), the franchise marks Chan's greatest single series of movies, and the one that certainly made him famous in his home markets. Despite this, only the third film in the series, Supercop (or Police Story 3: Super Cop, as it was originally titled in Asia) gained any real traction in the West. That film, released in the U.S. after the success of Rumble in the Bronx, became another solid hit for Jackie, but the rest of his franchise stayed hidden in obscurity.

Frankly, I can see why. Going back and watching this first film it is easy to see why it became such a hit (in Asian markets) back in the day, pulling in over $18 Mil in its home markets back in the 1980s (quite a solid sum considering not only the era but also the low-budget the film had for its production). The film does a lot of things right, especially when it comes to its action, creating a long series of really solid set-pieces that put star Chan to the test. At the same time, though, you can easily see why the film didn't make it big in the West (only getting a small, limited release) as, like many of Jackie's films, it's a movie made for its home market that doesn't really work once you move it overseas. It's action works but everything else about it just doesn't really vibe for Western audiences.

Part of the issue with the movie is just how poorly its aged over the years. It's a film made in the 1980s that feels even older than that. It's not just the technology on display, although the rotary phones and old cars certainly don't help that at all. It also has a very old attitude about it, treating its female characters as little more than jokes while also making jabs about rape and sexual assault like they're nothing. It feels very old, very hoary, and not at all something that works outside of its specific time and place.

Certainly not helping matters is the fact that it does feel very cheap. This movie had a very "let's put on a show" vibe to it, obviously filmed at a few apartments and offices around Hong Kong and letting those sets fill in for a lot of the "locations" of the movie. Naturally, with a small budget, these kinds of constraints were needed, especially with a few big set pieces that ate up the rest of the money. Outside of those set pieces, though, the film feels so cheap and flimsy that you expect it to all fall apart with a stiff breeze. 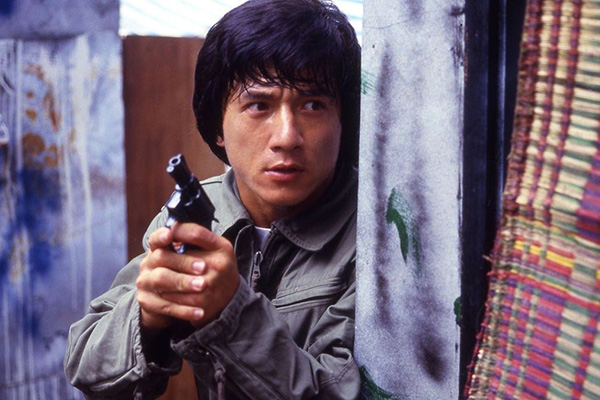 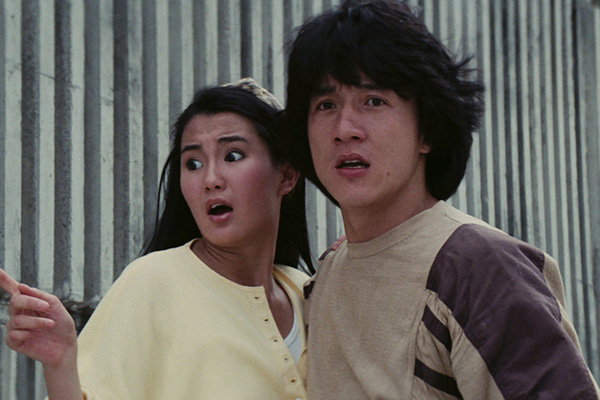 Story wise, the film doesn't really stand out for Western audiences. It's a pretty standard tale of a good cop battling corruption, and drug dealers, in his city. Outside the comedy bits (which Chan always seems to put into his movies, especially during the 1980s), the story is pretty bog standard. Chan has to protect a witness from her evil bosses, and then fight those bosses and bring them down in a hail of bullets and action. Transplanted to the West, and given a rewrite, you could see Stallone, Segal, or Russell in the role of the lead detective, guns blazing as they worked their way of the drug runner food chain. It's very bog standard for whole stretches, especially once out lead hero, Kevin Chan Ka-Kui (Jackie Chan) is framed for a murder and has to go clear his name. Standard cop tropes abound at that point.

That all comes in the back-half, mind you, and before that we have Chan's Chan becoming the face of the department after a good drug bust, acting as a model on posters and trying to convince the witness to testify. He does this by faking an attack on her life, and then bringing her back to his place whereupon his girlfriend thinks he's cheating on him and throws a cake in his face. This is all the usual Jackie Chan comedy bits -- pratfalls, mistaken identity, and him acting like a snarky idiot -- that you expect from his Asian output in this era. These are the parts that feel the most flabby, and while they give the early film a distinctive tone, it's also its least watchable half, by far.

No, what makes this film work at all, even in a loose manner, is the action, and we get three really good sequences in the film this time around. The movie opens with its longest action set piece, that first drug bust that leads to a shoot out, followed by a car cashes literally through the buildings of a shanty town (that had to be super dangerous to film), followed by a foot chase for Jackie (as he pursues a bus) before he uses an umbrella to hook the bus so he can be dragged along, climb atop, and battle the bad guys within. It's pretty awesome.

This sequence is eventually followed by a pretty good fight in a drug den, but the final showstopper is also the movie's most famous: the big climax at a mall. Here Jackie battles guys with his usual finesse, feet and hands flurrying while he uses the terrain around him to battle his foes. A foot chase then occurs before Jackie jumps onto, and slides down, a very complex lighting rig. Sparks fly as light bulbs break under him (and the sequence is shown three times from three angles to really show you how dangerous it was). This last bit goes into many Jackie Chan best-of reels, and for good reason. 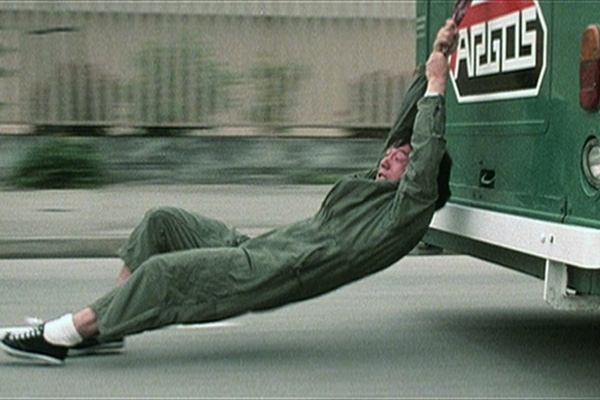 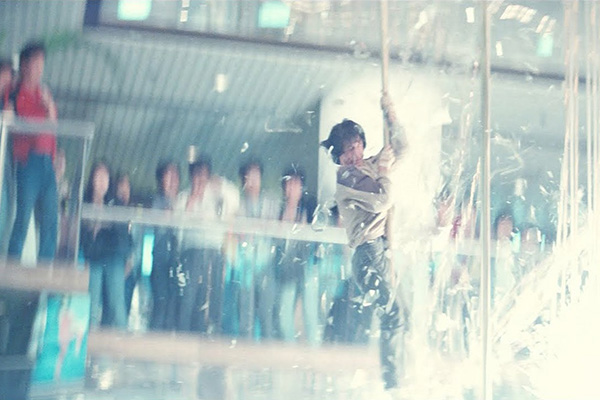 Police Story is a film that lives and dies by its action sequences. When the action is on screen, man, you simply can't look away. This is the kind of stuff that made Jackie Chan famous, and the action here launched an eight-film series that stands as one of Chan's biggest accomplishments. I've watched this film a few times now and it's all because the action here is so great you just want to see it all over again.

And yet, all the stuff in between those scenes is pretty terrible, especially now, nearly 40 years later. Time has not been kind to Police Story and it's hard to recommend watching the film now, start to finish, because of that. It's bloated, it's silly, and it shifts tonally and wildly depending on if it needs to put its lead character in danger. It's a comedy with starkly dark violence, or an action movie that veers way too silly, but it's not really good at being both.

Should you really want to see everything Jackie Chan has done then maybe I can see watching Police Story once. That being said, you can see the best action sequences from this film Online, so why bother with the whole film?