Super Kevin to the Rescue

We're now three films into the Police Story series from Jackie ChanConsidered one of the greatest martial arts actors ever, Jackie Chan has a filmography long enough to put the collected works of many other actors to shame, and he did it all while constantly putting his body on the line, film after film., and we have no reached the one film in the series to gain wide, international acclaim. Released in thee West one year after Rumble in the Bronx (despite being released in Asia three years prior back in 1992), this film was meant to extend Chan's fame among Western viewers, a big, splashy follow-up to sell his action movie bona fides. 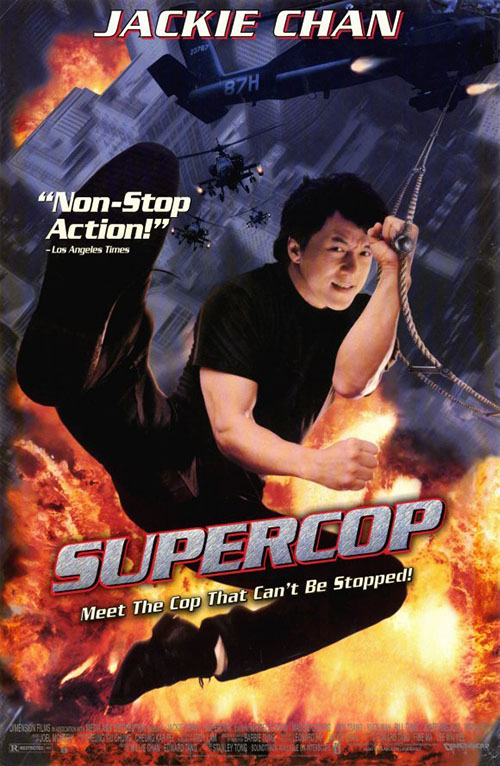 In fairness, this is probably one of the better Asia-produced films from Chan's filmography. While it still bears many of the hallmarks of Chan's early works -- a bit of awkward comedy, scenes with characters that don't really go anywhere -- it's a tighter, leaner film start to finish. Although that might also be because the U.S. release from Dimension Films saw ten minutes of footage edited from the movie. If that made the film tighter and more watchable for Western audiences (myself included), I can't find any fault with it. This is the most enjoyable film in the Police Story series so far, by easily a county mile.

Part of that is, in fairness, because this film also has some of the most overblown action sequences in the series to date. We get foot chases, bar fights, explosive attacks on a military base, and a helicopter chase that leads to a fight on top of a train (with the chopper being dragged along). For those looking to see all that Jackie Chan can do as an action star, Police Story 3: Super Cop (or simply Supercop as it was known in the West) does, indeed, provide.

What the film also provides, though, is Michelle Yeoh. I had heard rumors back in the day that Yeoh was one of the few female action stars that Chan was willing to work with (presumably one of the ones that could actually keep up with him). It does sound a tad chauvinistic, to be sure, but at the same time, watching Yeoh in action here you can kind of see it. While other female stars in the series, like Maggie Cheung, were there to act as love interests and comic relief, Yeoh gets in on the action, being an equal star (and true co-lead) for the film. She handles herself as well as Chan in Supercop and gets plenty of great action scenes all on her own.

In a way, it proves what this series needed more than anything: a second star to help up the action and make everything even bigger. Naturally, as a fan of Yeoh (she's seriously great in everything she's in, even when the movie is terrible; see: Tomorrow Never Dies) I appreciated her inclusion. Her working with Chan and watching effectively two masters at work as they barrel through all the stunts of the film, just makes this movie even better. You can see why Chan suggested this be the next movie from his catalog to make the move to the U.S. after Rumble in the Bronx as this has everything fans wants from his movies, and more. 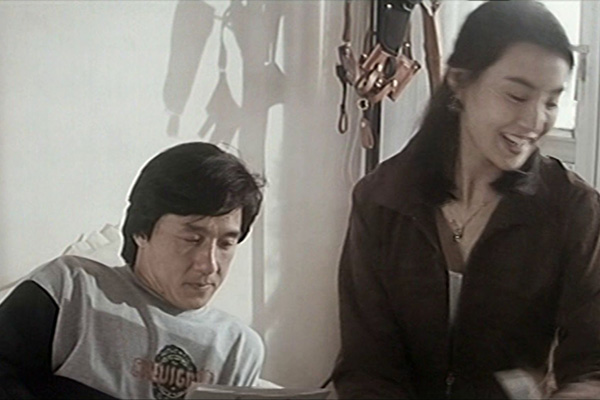 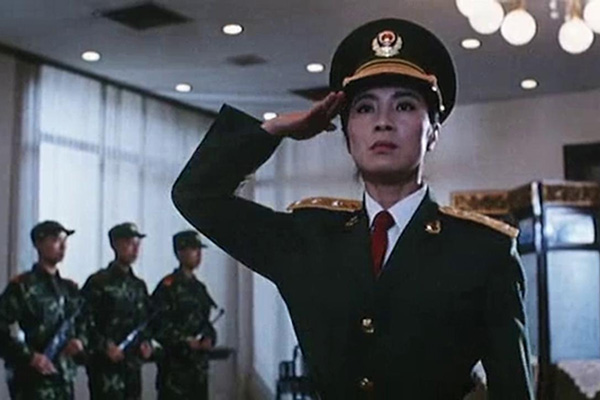 As the third story in the film series, Police Story 3: Super Cop does continue the continuity of the series (although it's easy enough to ignore if you come into this movie fresh without seeing the previous entries). Kevin Chan Ka-Kui, having gained much fame in his previous two major busts, is now considered something of a "super cop" by the Hong Kong police. This makes him the perfect officer to send on an undercover mission with the Chinese government and Interpol. He's assigned to work with Inspector "Jessica" Yang Chien-Hua (Yeoh, although she was billed as Michelle Kahn in this film) and the two work to help him infiltrate the gang of Panther (Yuen Wah), a Chinese crime lord.

As Kevin gets sucked deeper and deeper into the plot, though, he quickly learns that panther isn't just running drugs or looking to claim more territory. No, he and his boss, Khun Chaibat (Kenneth Tsang), want to not only take over the whole drug trade in China but also break out one of their accomplices so they can reunite their whole gang. The undercover Kevin, although with Jessica acting undercover as his sister, have to befriend Panther, become his trusted allies, and learn all about the operation before their covers are inevitably blown.

By moving the film out of Hong Kong, Supercop is able to better focus the story we get. Many of the superfluous characters, settings, and old plot lines are thrown out with this film, meaning we can just focus on the story of Panther's gang and the evil plans. The movie quickly and efficiently gets Chan's Kevin into the action, brings in Yeoh's Jessica in the process, and effectively feeds us into a series of action scenes, one after another, without really letting up.

While some fans of Chan's classic works might be saddened there isn't as much comedy this time around, the focused film does feel like a solid mid-1990s action vehicle. In fact, it's probably one of the better action movies of the era because it really does deliver non-stop action like movie goers wanted. In this regard it does remind me of Rumble in the Bronx, which also felt like a non-stop action thrill ride. Supercop knows how to get us into the action and deliver everything we want in regular doses. 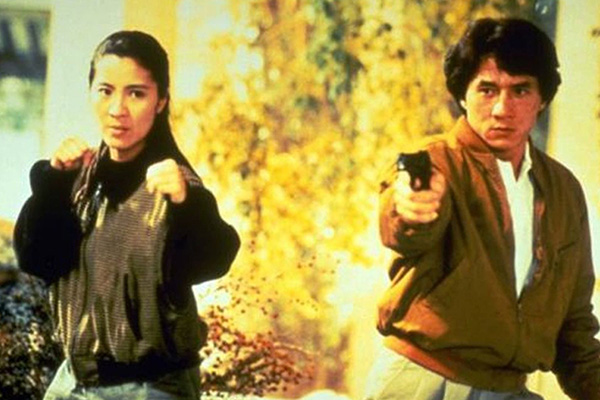 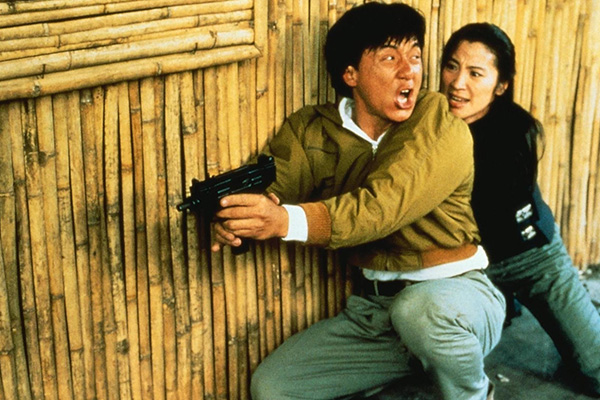 This is another great example of Chan making solid action films. Produced on what we would consider a shoe-string budget (just $900,000), it still looks like one of Chan's most professional, and most polished, movies to date. it has style, it has action, and it has a kick ass Michelle Yeoh. There's really nothing to complain about this time around as the film (especially in its Western cut) gives a focused and awesome tale of action and adventure.

It makes sense, then, that this was Chan's followup release in the West after Rumble in the Bronx. And you also can understand why Yeoh then got her own spin-off in the series, Project S: Supercop 2. She's great in this film, and this movie does all it can to sell both leads as awesome action stars. Not every movie Chan has made is a winner, but this one certainly sits high on his all-time great action movies.