Rumble in the Bronx

Jackie Chan made a lot of very popular films in the 1980s, they just happened to be very popular in his home region. He managed to create a number of very successful series (a few of which we're covering here on the site), but he didn't really receive crossover fame with the West until the next decade. It took one movie, 1995's Rumble in the Bronx, to actually bring Chan acclaim in the West, and that's because it's the movie that delivered on all the promises of all of Jackie's previous films. 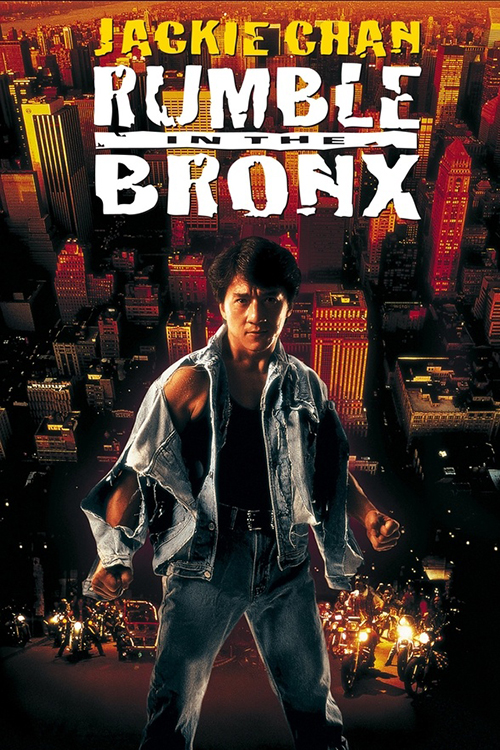 By the time Rumble in the Bronx premiered, Jackie Chan had already developed something of a cult following. The rumors about the number of injuries he'd already sustained (something like, "he's broken even bone in his body!" which is also what they said about Evel Knievel), along with the ludicrous stunts he'd perform, mean that in certain circles of cinema fans Jackie Chan was myth and legend all rolled up into one. While some of his previous movies came over to the West they didn't really hit it big here. Chan needed a movie designed to give Western audiences exactly what they wanted, a movie for them that still delivered everything the cult following wanted.

The resulting film is, in short, a non-stop action movie from about the fifteen minute mark on. Where previous films would spike story and comedy with the occasional action sequence, the few bits of story and comedy here are used to break up the long sections of action. Rumble in the Bronx is a very efficient, and very thorough, action delivery machine, and in the middle of it is one great sequence after another as Jackie did every stupid stunt he could think of (many of them with a broken foot, too boot).

The story within Rumble in the Bronx is simple. Jackie plays Ma Hon Keung, a simple guy from Hong Kong come to New York to help his uncle sell his store once the uncle (played by Bill Tung) gets married to his American fiancee. While in New York, Keung agrees to stick around and help new store owner Elaine (Anita Mui) get everything in order for a week. During this time he thwarts a biker gang who were trying to shoplift from the store, which only angers the gang in the long run. On top of that, he then gets in the way of a road race the gang has on his street (well, the street his uncle lives on), and when he stops the race he ends up costing the gang a lot of money.

Soon the gang is attacking the store, making life difficult for Elaine. They also chase after Keung, attacking him and leaving him very injured. Things only get worse, though, when members of the gang get caught up in a diamond heist gone bad, which then ropes Keung into it when the diamonds get hidden in the wheelchair of Keung's next-door-neighbor, young Danny (Morgan Lam). To help Danny, and his sister Nancy (Francoise Yip) -- who, it should be noted, is also in thee gang but wants to get out -- Keung has to put his life on the line and basically fight everyone. Only then will he save the day. 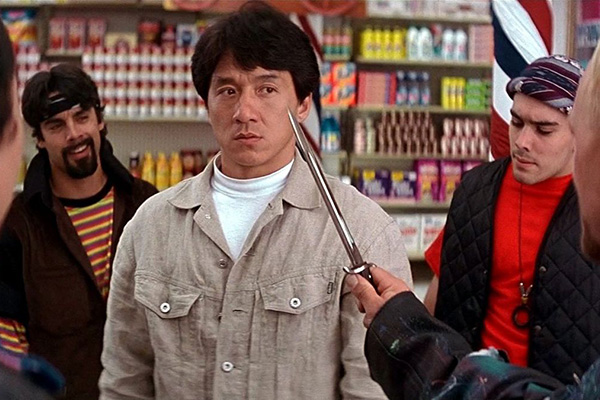 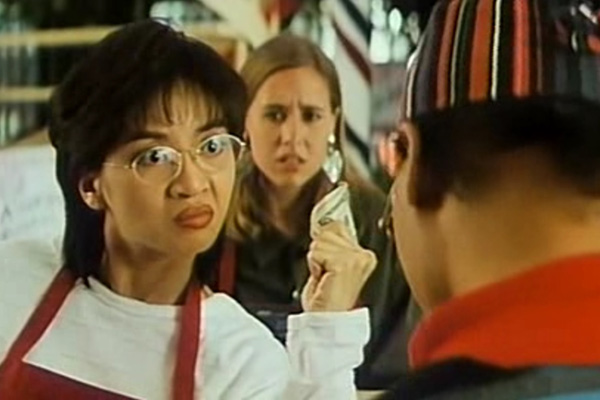 Although made for Western audiences, the film is substantially different depending on regional version you watch. In the Western cut, Keung is just a guy, there to help his uncle. He gets mixed up in things because he's a martial arts champion and he feels like he has to help. Then he ends up striking a bit of a romance with Nancy. The Asian cut, though, make it explicit that Keung is a cop, there for his uncle's wedding, and that he has a girlfriend back home. There's about 17 minutes of altered scenes between the films, including the entire wedding sequence (which doesn't show up in the Western edition), making for an interesting viewing experience either way.

What I will say, though, is that the Western cut, released by New Line Cinema, is a svelte and very watchable version of the movie. One issue I've had with other Jackie Chan films as I've been watching through his early works is that there's a lot of extra, unneeded cruft in the movies. These scenes, often played for comedy, haven't really worked for me and often seem to drag the films out, getting in the way of what audiences (or, at least, this audience of one) wanted to see: Jackie Chan kicking lots of ass. New Line cutting 17 minutes sounds like a lot of lost footage, but you hardly notice the lack in the Western release. More to thee point, all that cruft, the flabby scenes that never seemed to add anything to Chan's movies, are missing here, making for a tighter and much more watchable movie experience.

I hold Rumble in the Bronx up as one of Jackie Chan's best films, in large part because it's such a lean and well produced action machine. That's the New Line cut at play, mind you, and it's the version of the film I knew back when it came out. It's non-stop, sending Jackie from one action set-piece to the next, from a fight in an alley to a shoot out, a chase through a garage, a battle at the gang's headquarters, and then a big chase through the streets of New York (played by Vancouver) as Jackie pursues bad guys that have stolen a hovercraft. It's ridiculous and awesome, everything you want from a Jackie Chan film.

Unlike it the previous movies we've looked at on this site, all of the action sequences here are great. The smaller fights feel fast and kinetic, like when Jackie takes on four gang members at once in the store and handily beats them all. Large chases and fights show scale, with a lot of plotting and plenty of choreographed action. Watching Chan and the other performers movie their way through the intricately plotted sequences, as Jackie does his Chaplinesque use of materials around him for his fight sequences, makes for a very watchable and enjoyable experience. This film features plenty of sequences to stand in Jackie's best-of reels, which only helps to elevate Rumble in the Bronx even further. 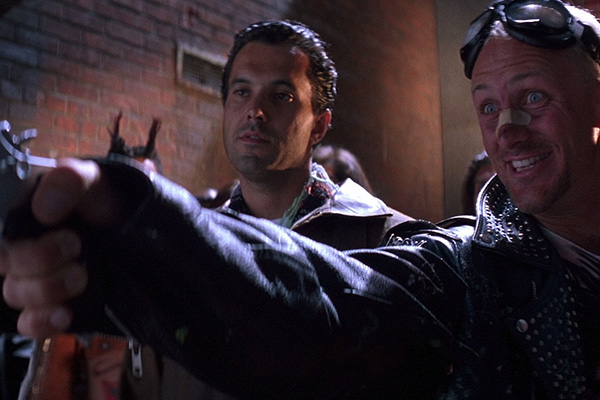 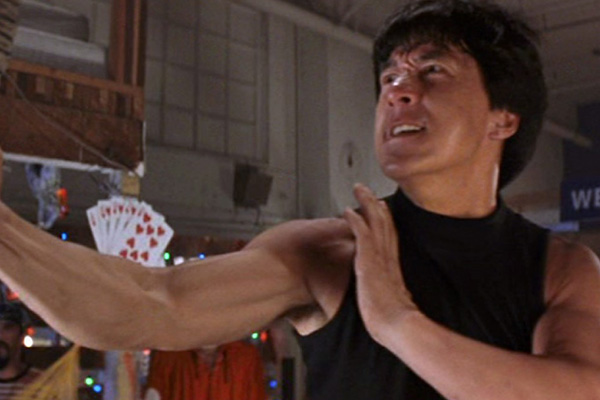 This was Jackie Chan's breakout role in the West, the film that made him a household name. It was because of this movie that many of his other works, like Police Story 3: Super Cop (released here as Supercop) and Twin Dragons came out in the West as well. They received full theatrical releases, but not the same level of acclaim as Rumble in the Bronx It would take later, Western-produced films, like the Rush Hour series, along with the animated Jackie Chan Adventures, to really grow the fandom around the performer.

All that being said, those later works don't hold a candle to the action of Rumble in the Bronx This is the movie that really showed what Jackie Chan could do, on a worldwide stage, and it's absolutely great.