The Boys Are Back... Again?

I won't deny that the first Rush Hour is a film I've gone back to more than a few times. It came out in 1998 which put it at just the right time for me to pick it up on video but still early enough in my collecting days that it was one of the few movies I actually owned. I watched the tapes and discs I bought regularly so when the collection was small I watched those films a lot more. As the collection grew (and it's massive at this point) I still watch videos from it regularly but the larger selection means I don't re-watch the same films nearly as often. I like Rush Hour but up until viewing it for this site I hadn't watched it in years, and the same went for the weaker, but still at times enjoyable, Rush Hour 2. 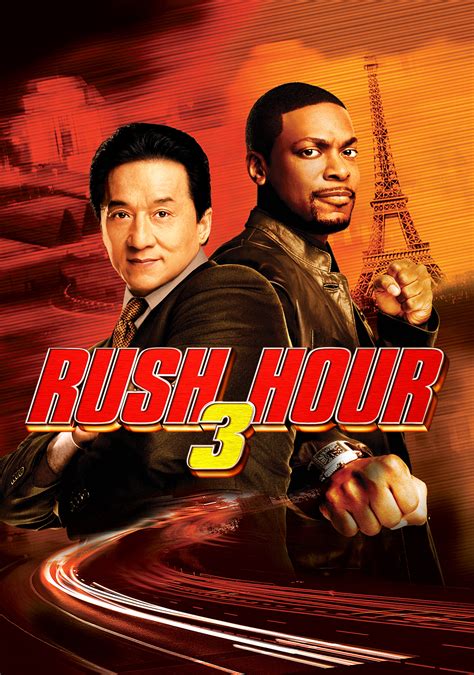 All that being said, and despite me being in the target audience for the Rush Hour franchise, I absolutely had no interest in the third film in the series when it came out. It had been five years (in real time) since the previous movie was released, and the fandom for the series had certainly cooled. No one was really demanding a Rush Hour 3, and even though the second film had been a huge success, it had still taken time for this film to get off the ground. And despite all that time, and the stupid amount of money invested (upwards of $140 Mil for this three-quel), Rush Hour 3 was a massive disappointment. The fans didn't want it, and it certainly feels like no one's heart was in this movie.

Arguably, Rush Hour 3 didn't need to get made. We had, in essence, said all that needed to be said about the franchise in the first two films. Lee (Jackie Chan) and Carter (Chris Tucker) are buddy cops that, despite one being a stoic Hong Kong officer and the other a motor-mouthed LAPD detective (respectively), work best when they're working together. Two cases had already been cracked by them, and they arguably had done just about all the damage they could do (while still seeing diminishing returns by the second film). The third movie needed to really step it up to get the best adventure it could. Rush Hour 3, though, did quite the opposite.

This third film find Carter on the outs with his division, working as a street cop after screwing up too many cases. Meanwhile Lee is back working for the Chinese consulate, protecting his old friend Han (Tzi Ma) as the ambassador was about to give a speech before the World Criminal Court (an organization that absolutely doesn't exist in the real world). When a sniper shoots Han, Lee gives chase, and then Carter hears about it and gives chase as well. The sniper, Lee's adopted brother Kenji (Hiroyuki Sanada) escapes, but that only puts Lee and Carter on the case of tracking down Kenji and the rest of his gang.

That gang, it should be noted, are the Triads, and they now want Lee and Carter dead, along with Ambassador Han and his daughter, Soo-Yung (now played by Zhang Jingchu). The case leads them to Paris where they go on the search for Shy Shen, the supposed leader of the Triads. But as the case gets more complex, and more and more guys come after them, the two men realize they'll have to work together, as brothers once more, to save the day and defeat the whole Triad organization. 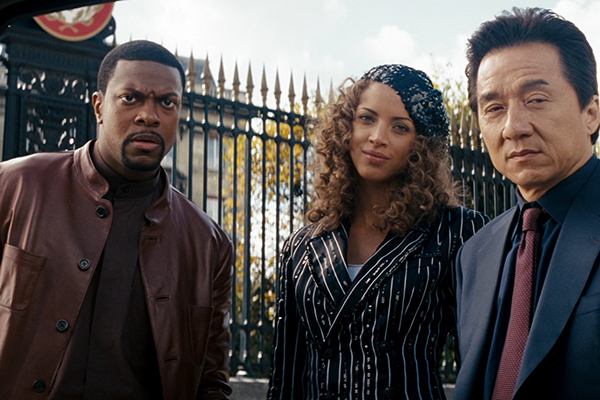 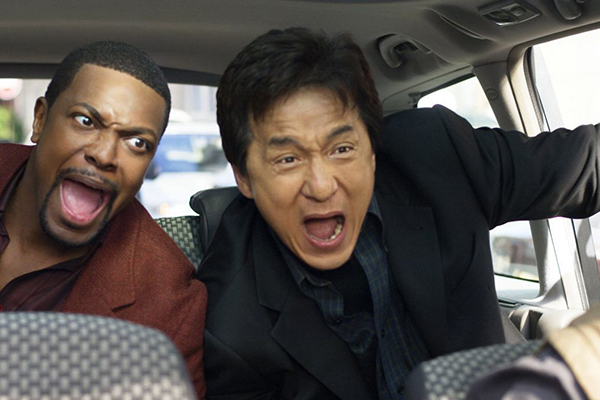 There are a number of issues with this third film, but the first and biggest is certainly that the film messes up the whole dynamic, the chemistry between the two characters. Yes, Carter and Lee fight regularly, and they don't always get along, but it's the easy camaraderie between the two characters (and the actors that power them) that makes the films works. Due to events that happened off screen between movies two and three, though, Lee now hates Carter and it takes the whole movie for them to get back to being the fun buddy cops again. While I can understand wanting to add drama to build character development, all this film does is reset the two of them to state more akin to where they were before the first movie, just so they can relearn to be friends again. They don't make any forward progress, they just tread water for the whole film, and it's stupid.

Meanwhile, the actual "humor" of the movie is beyond awful. Most of it comes from Carter, such as it is, and it's all regressive. Carter sexually assaults women, uses his position of power to force them into dates with him, and commits legit sex crimes, as well as fraud. All of this is played off as funny and the movie never punishes him for it. He ends up landing the movie's female sex-pot for a scene, and then later thinks she's a man and gets grossed out, leading them to anti-trans humor as well. Regressive and multi-phobic as well as awful to women; that's quite a feat.

It's here that we have to remember that the movie was directed by Brett Ratner, who has his own sexual assault and harassment claims laid against him (leading to him getting blacklisted during the #MeToo movement). One has to assume he thought all this humor was hilarious, giving the movie a high-class frat boy aesthetic. It certainly does the film no favors now, 15 years later, and even back in the day it had to seem regressive to many of the people that watched the movie.

Considering these films are action-comedies, that effectively takes all the comedy off the table (seriously, this film isn't funny at all). Sadly, on the action front it barely fares any better. When this film came out Chan was already into his fifties and the age was certainly starting to show. He was slower and less able to really do all the stunts he was known for. The fights in this film are less dynamic and less interesting, and there's a whole lot more green screen and masking, wire work, and stunt doubles to be had across the board. The action here is sad and tired, a far cry from what we had even in the first movie. 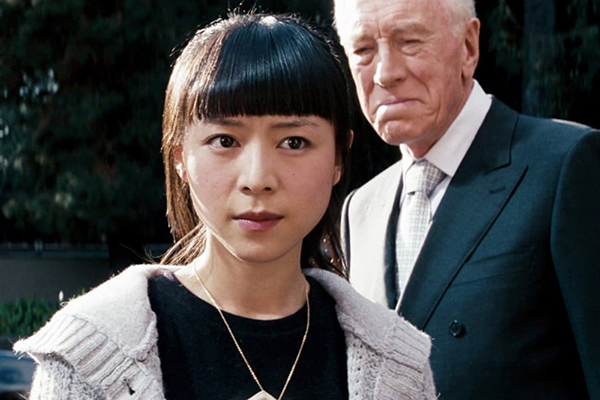 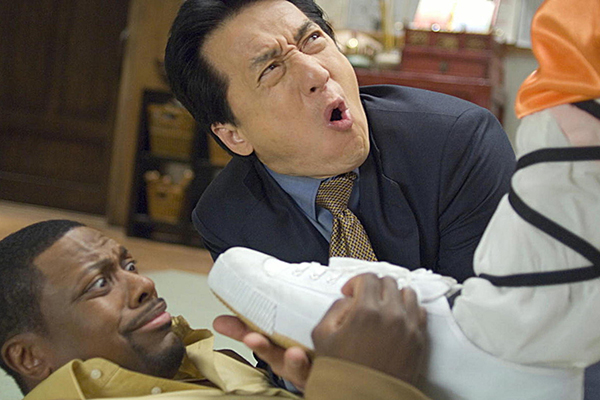 Overall this just feels like a last sad gasp for the franchise. There's so little story here that you have to wonder if they just improvised it as they went along. It's a shaggy tale with weak action and worse comedy, powered by two aging stars who both feel like they were only here to grab a paycheck. It's no wonder then, that we haven't seen a proper sequel in the time since (even if Jackie Chan keeps saying a fourth movie could happen at any point). The closest the series has come since this movie was a TV reboot, and even that didn't last more than a few episodes.

The first film is still enjoyable after all this time. This third film, thought, easily goes down as not only the worst movie of the series but also one of the worst films in Chan's own filmography. There's bad films and then there's Rush Hour 3.