Comedy Antics In a Time of War

For most fans of martial arts movies, Jackie Chan is an institution. It's not just because his filmography is long, although it really is. I went to look at everything he'd done in the hopes of creating a list of his works, make it so we could follow along and see how many we covered this year, but he's been in hundreds of movies (and that just counts the ones where he was director and actor and stunt coordinator all at the same time). We could be at this for months and still not get through his complete works. 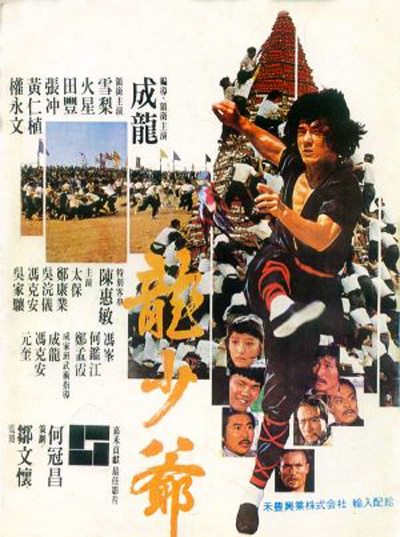 The primary reason people think of Jackie Chan is because the man did all his own stunts and put his body on the line, over and over again, to make them look at real as possible. His output through the 1980s and 1990s is dotted with injury after injury and he broke and tore multiple parts of his body (sometimes repeatedly). And yet, when you watch the final film, none of that is on screen. You don't know that he had to make Rumble in the Bronx with a broken foot for two-thirds of the production, or one of any number of other injuries in each and every one of his films. You just get to see the glory.

There is glory in it, too. Chan started off as an acrobat, as well as a child actor, and then found his groove doing stunt performing on action films. Being an actor and stunt coordinator became his passion, and soon he found that he could make elaborate, almost Rube Goldberg-esque stunt sequences, and that audiences ate it up. Seeing him actually do these things -- no wires, no CGI, just him, something dangerous, and a camera rolling -- was a kind of movie magic. Jackie Chan was his own special effect, and for a while there audiences wanted to watch it over and over again. Of course, then he got old, and he started using wire-work and CGI, and it just wasn't the same (and one could make a case that his pro-China politics haven't helped his career in the States either).

While we'll eventually get to his later works (at some point, probably), it's better if we go back to his earliest performances (where he was lead actor and stunt coordinator and special effect machine) to appreciate just what he could bring to the table. So we start with Dragon Lord from 1982 which is, frankly, a wretched piece of shit. It's a really bad movie, on all fronts save one: man, the action in this (when it happens) is really damn good.

Dragon Lord (or Dragon Strike) stars Chan as Dragon Ho, son of the rich Lord Dragon (Tien Feng). The senior Dragon wants nothing more for his son than for the younger Dragon to study all day and become a worthy successor to the lord's noble (and business) interests. And yet, all Ho wants to do is hang out, play sports, and chase after girls (that don't want him). Dragon and his friends seem to get into an endless amount of trouble as they spend their days doing little at all. 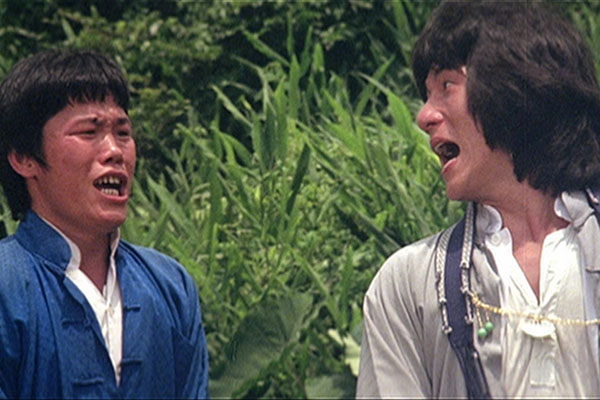 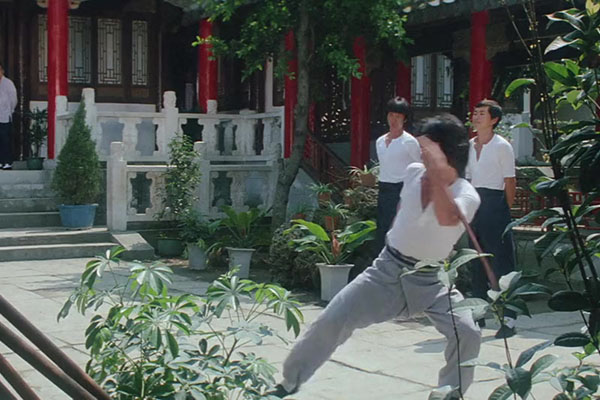 Despite this, though, fate does seem to have a plan for Dragon Ho. While chasing after girls, Ho manages to gain the ire of a local criminal syndicate, a group of bag guys led by the Big Boss (Hwang In-Shik). The syndicate is hell bent on stealing artifacts from around the villages and selling them off to make some cool cash. Although Ho doesn't really care about any of this, he does notices that the girls seem to like it when he stands up to the bad guys, so soon enough he's challenging the thugs to a fight, which then escalates, and escalates, until Ho has to take on the Big Boss not only to save his friends and family but also the whole village.

While Dragon Lord has martial arts in it (two decent fight sequences to cap key parts of the film), it is much more of a comedy than a true action film. To of the lengthiest "action" sequences aren't really fights but sporting matches. Calling them "scrums" would be accurate, but you can see the comedic appeal of watching martial artists play a game of, essentially, free-for-all Rugby, or shuttlecock Soccer, filmed as lovingly as if it were a long action sequence. There's good humor to be had here, and frankly these two sporting event sequences are the best parts of the film.

What drags it down, though, are the films attempts at comedy outside the action realm. I will admit I think the humor of the film failed for me because it was meant for a specific target audience: Chinese audiences of the mid 1980s. You hear stories about the pressure Asian people are put under to perform in their studies, in the work, in their lives, and it feels like Ho is designed as a comedic rebuke of all that pressure. His dad wants him to study, and work, and build a life for himself, but Ho rejects all of that so he can goof off, and then somehow manages to fail upwards anyway. I get the angle the film was going for, if only intellectually.

All that being said, Ho is an obnoxious character, as are all his friends. He is just a shiftless layabout and the film never really gives him any kind of character beyond that. You'd expect his heroic progression to go from lazy cad to guy that realizes he has to stand up to save his village (and win the hand of the girl he likes, fair and square) but Ho never does this. He's a screw up through and through and his adventure stopping the criminals in his village actually teaches him nothing. By the end of the film he's once again screwing things up, even after everyone in the village has cheered him for his actions. And learning how to be a good man for the girl his likes? Yeah, that never happens either. 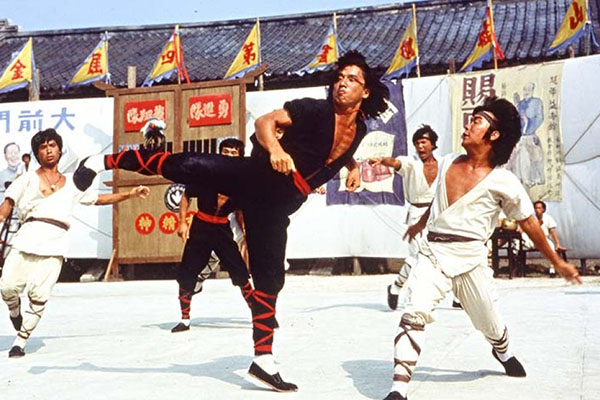 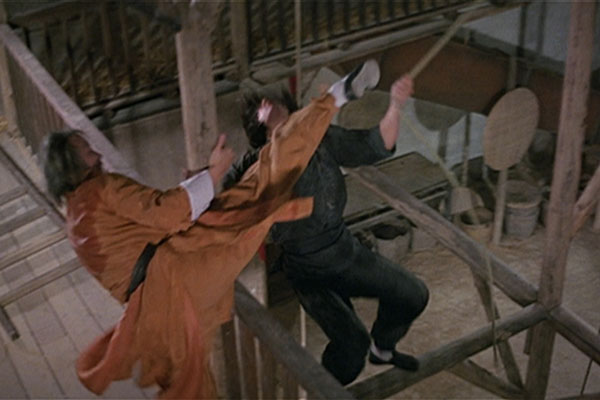 Frankly, none of the female characters ever really get any kind of development at all. He chases after the same girl over and over again while she hangs out with her gaggle of friends, but I honestly couldn't tell the girls apart just because none of them had any differences in their characters. Yes, they looked different but they didn't act any different, one girl to another, such that they were simple glorified extras. They were there so the father could bitch at Ho about "getting a wife", but they didn't really add anything to the whole of the movie.

I think, were you the target audience of the specific era this film was made then maybe it would have played. The few action sequences the film has are great, no doubt, and in a compilation of "the best Jack Chan moments" I could see some bits from the scrum, and the shuttlecock event, getting included. But the rest of this film, at least from a Western perspective, doesn't play at all. This is a bottom-tier effort, to be sure, comedy that doesn't play outside its shores without enough action to gloss over that. I'm happy I watched this film once, but I doubt I'll ever go back to it again.