To Hong Kong and Back Again

Coming out in 1998, the first Rush Hour was a big hit for New Line Cinema and Jackie ChanConsidered one of the greatest martial arts actors ever, Jackie Chan has a filmography long enough to put the collected works of many other actors to shame, and he did it all while constantly putting his body on the line, film after film.. The movie came out at the just the right time, a solid follow up for Jackie's fame from the one-two success of both Rumble in the Bronx and Supercop. America was primed for Jackie Chan and Rush Hour delivered. It had action and comedy in the vein Western audiences liked along with a solid amount of Jackie Chan action. It was out at the right time with the right content. 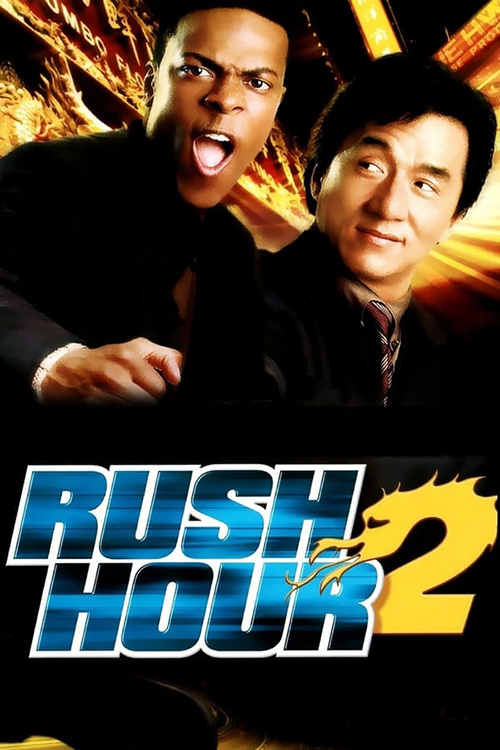 The first film made $244 Mil on a $35 Mil budget, quite the return on investment, even once you factor in additional costs like advertising. New Line had a hit on their hands and they needed a sequel. As we've seen, Jackie Chan has no issues making sequels to his hit films, and so he was on board. Meanwhile, Chris Tucker was also willing to return. Although he'd been in a number of successful films during his career, Detective James Carter proved to be his most successful role. He had every reason to come back and have more fun with his friend Jackie Chan.

Thus Rush Hour 2, a direct sequel to the original, was born. Picking up right after the end of the first film the sequel finds detectives Carter (Tucker) and Lee (Chan) in Hong Kong for Carter's vacation. While Carter just wants to see the sights and enjoy his time, Lee keeps getting sucked into cases, never relaxing enough to enjoy himself. When the U.S. Consulate is bombed, Lee drags Carter to a club, ostensibly for drinks and karaoke, but in reality he's there to spy on Ricky Tan (John Lone), a nasty leader of the local Triads. Once Carter realizes he's not there simply to have fun, he understandably gets upset.

Despite this, Carter aids Lee on his case, and as the case gets more and more twisty, the two finds themselves sucked in deeper and deeper. The Triads are working on counterfeiting U.S. hundreds, which sucks in the U.S. Secret Service via Agent Isabella Molina (Roselyn Sanchez), an undercover agent working with the Triads. This sends Carter and Lee to L.A., and then Vegas as they follow the money, and the gangsters around the world. It's all a whirlwind adventure once again for these two fast talking, high kicking cops.

So let's be clear: if you liked Rush Hour you'll like Rush Hour 2. Although the broad strokes of the plot are different, the film has the same vibe to it that it feels very similar in style and tone. Yes, the stories are just different enough that it doesn't feel like you're watching the same exact film, but it also doesn't feel as fresh or as interesting as the first film. It's very much a sequel, near carbon copied but with a few things squiggled on differently afterwards. 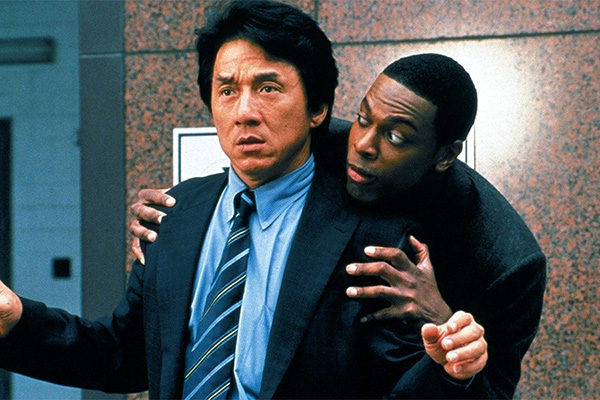 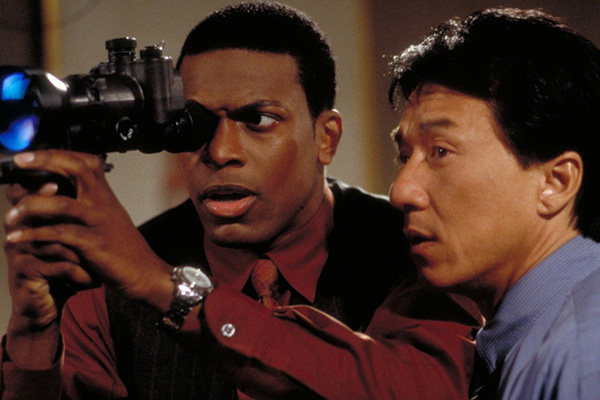 What worked about the first film works here as well. Tucker brings his enjoyable motor-mouthed patter once again, and the writing is pretty good for his character. Yes, he's just as shallow and, well, dumb as he was in the first film, but he is funny and amusing. He's the comic relief, most of the time, and the actor clearly has a great time just rattling off one liners while Chan goes flying around with his fists and feet. He thrives in this dynamic and his character is enjoyable because of it.

Meanwhile, Chan gets to do his fighting thing and have some really solid brawls. Like with the first film you don't get a lot of set pieces that really push the action capabilities of the actor. Hell, there are times where it's pretty clear they're using a stun double, or wires, or a green screen to capture Lee's antics. But when Chan is allowed to go to town, fists and feet flying, it is pretty enjoyable. Even now, where he was clearly getting up in years, Jackie was a sight to behold when he did his thing.

It should be noted, though, that the side characters in the film don't really get much to do. While Sanchez gets to vamp it up as Agent Molina, she doesn't get to do much outside of adding some sex appeal. Zhang Ziyi shows up as a triad enforcer, and while she gets to do some pretty solid fighting, her character never grows much beyond mean girl heavy. And despite the fact that Tan is written as Chan's father's former partner turned dirty cop, he too fails to really deliver much in the way of character or story to make him a compelling part of the story.

Meanwhile, there's an undercurrent to the film that wasn't really obvious at the time but certainly makes the film feel much more sleazy now, twenty years later. Sanchez is introduced when Carter hits on her (so he can immediately have sex with her, which is at least rebuffed). The next time we see her it's when Carter and Lee are on a stakeout and then end up watching her while she's changing. She's objectified over and over again, reminding you that Brett "Likes Big Butts" Ratner was in charge of this film. Along side that there's a weird bit of gay panic humor as well when Jeremy Piven shows up to do a lisping accent as a clothier. It's uncomfortable, for sure. 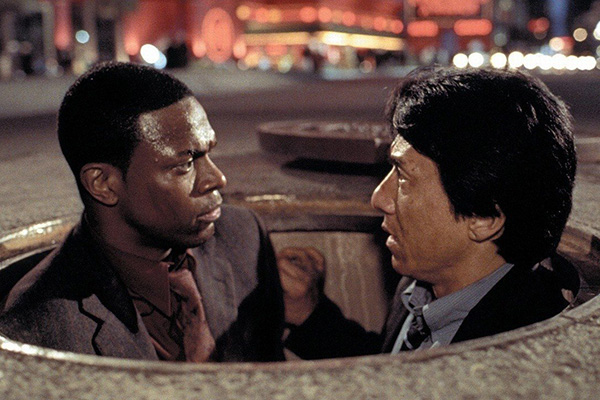 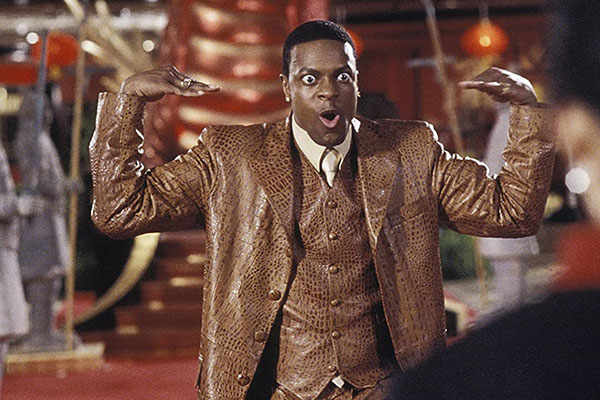 When the movie just focuses on Tucker and Chan having fun and being funny it's great. Much of the runtime breezes by easily as the movie chugs along, letting the actors play on their chemistry. A lot of mileage can be gotten from these two guys (as evidenced by the fact that new Line even made a third movie out of all this). It works, and it's quite fun for a while, but you can already tell that the wheels were starting to come off this vehicle.

Rush Hour 2 isn't as good as the first film. It's fun, but in a shaggy way, and it doesn't quite manage to recapture the magic of the first film. Fans looking for more of the same got what they wanted (and drove this movie to a pretty big $347 Mil pay day at the Box Office). In the end, though, this film was a slightly paler imitation of the first film, and it just doesn't have the staying power of the original.