Corn Is All We're About

Children of the Corn: Runaway

Just when I thought we were finally free of the Children of the Corn series, another one of the films that I thought was no longer in print showed up on my "available" list. Me, apparently being a glutton for punishment, had to get it because if we're going to cover a whole series on this site, good or bad, I'm going to do everything in my power to do it right. These are terrible, awful films, but we're already in too deep to stop now so, yes, we're here for the ninth, and thankfully last of the Dimension film series of film based on the short story by Stephen KingRising to fame with the release of his first book, Carrie, Stephen King is one of the most prolific, and most successful, American authors (in any genre, not just horror).. At least we're at the end... for now. 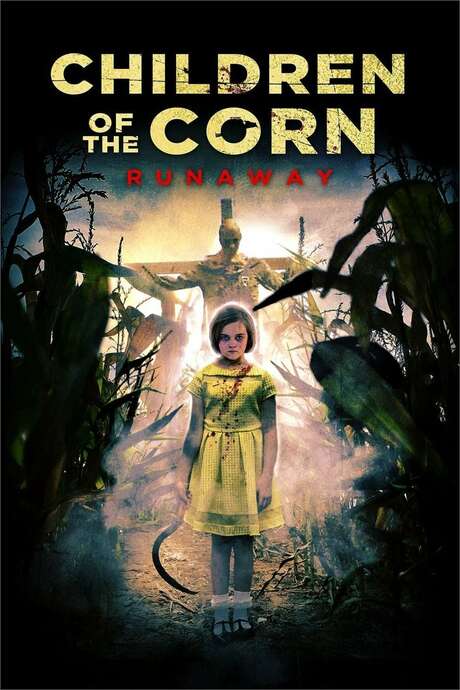 Before we even get to the film itself, though, I do have to wonder just what, exactly, there is left to tell with this series. We've seen just about every permutation of the concept of "evil kids kill because a corn god tells them to," and when that basic idea ran out of steam, the films started giving us barely-related films just to fill time and sell discs. The fact that we'd ditched the original continuity was refreshing, in a way, as at least then we didn't have to try and see how each film related, even if at the same time it was annoying because the films were really bad about sticking to their concepts. Sometimes everything is motivated by He Who Walks Behind the Rows, sometimes people were just evil because of... corn? Nothing made any sense and the films would waffle back and forth between their motivations without any consistency. If the producers wanted to tell new stories about evil corn, that's fine; they just needed to do it.

For this last film in the main series we're back to apparently caring about what happened in Gatlin however many years ago it was (the film is unclear about how long it's been since the inciting incident in the original Children of the Corn). Our heroine, Ruth (Marci Miller) escaped the corn cult sometime after all the adults in the town of Gatlin were wiped out by the kids in the town. Ruth wasn't without sin as she, too, killed her own parents (at least, we think, and we'll get to this), but she had to flee after the boy she loved was killed when he came "of age", and she was pregnant and didn't want her baby to grow up in the corn cult.

Now many years later, Ruth and her son, Aaron (Jake Ryan Scott) travel the road, not settling down anywhere because Ruth doesn't want to get found by the corn cult. She still hears the voice of He Who Walks Behind the Rows, and she has visions sometimes of violence and death. Sometimes she sees a little blond girl, a menacing figure she imagines follows her around and wants her to kill (probably). Meanwhile Aaron wants nothing more than to settle down somewhere so he can go to school and have a normal life. When their truck gets impounded by the police during a traffic stop, Ruth and Aaron end up trapped in a small, Oklahoma town and decide to make the most of it. But while Ruth tries to get, and keep a job, and get Aaron in school, the voices and the visions come back. Is it all in her head or has the corn cult found Ruth once more?

This ninth film in the series does have a few strengths that at least help it to be halfway watchable. Lead actors Miller and Scott to a lot to carry the film, having a solid mother/son dynamic that comes out much more from their performances than anything in the script. They're supported by decent character actors, like Lynn Andrews III as Ruth's new boss (and love interest) Carl, and Mary Kathryn Bryant as local waitress (and new friend for Ruth) Sarah. The cast is game and they do everything they can to help this film. 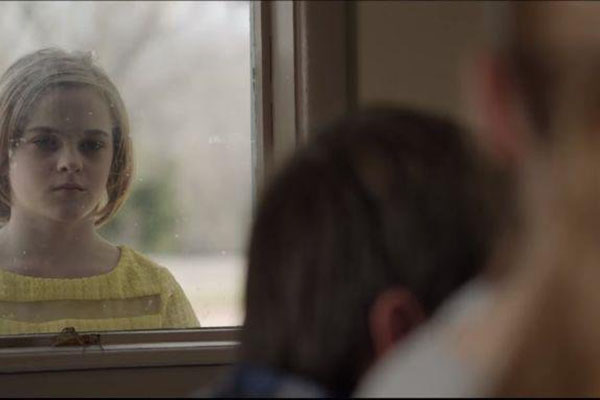 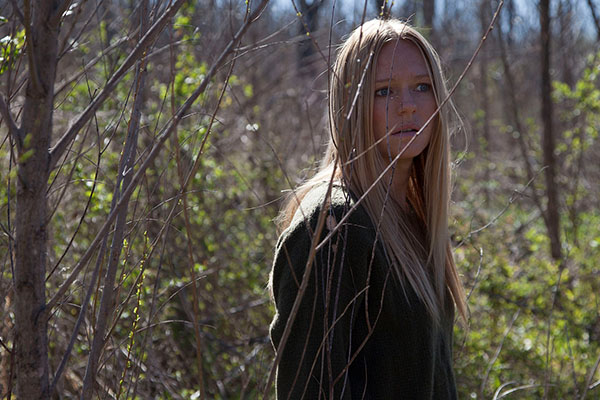 Meanwhile, behind the camera you have John Gulager, a veteran horror film director who worked on films like all three Feast entries, Piranha 3DD, and Zombie Night. Gulager came to some kind of fame as the central figure in a season of Project Greenlight, and he got to make the first Feast film during that season. He knows how to shoot horror, and he does make for a very handsome film that, again, is much better than the script attached to the production.

The big issue with the film, though, is that the story makes no sense. The film really wants a kind of dream-like feel, so a lot of what Ruth sees and does is pitched as things just in her head. Is the violence something she's doing or is she just imagining it. Does the little girl in the yellow dress exist or is that, too, something Ruth dreamed up. We're left with a feeling of an unreliable narrator, which would be fine if the film simply settled on that and didn't throw on layers of other stupid crap as well.

Worse, though, is the ending of the film. The entire time, up until now, the film has led us to believe that her son doesn't see or hear anything Ruth sees. He thinks she's crazy -- we literally know this because he says it, in narration, at the start of the film. But then, suddenly, in the last act he joins the corn cult, kills his mother, and becomes the next version of the child preacher Isaac. This twist, such as it is, comes out of nowhere and is just slapped on at the end as if somehow we can follow the batshit crazy logic of it all. There is no logic here, this is just a twist for twist's sake, and it doesn't work. 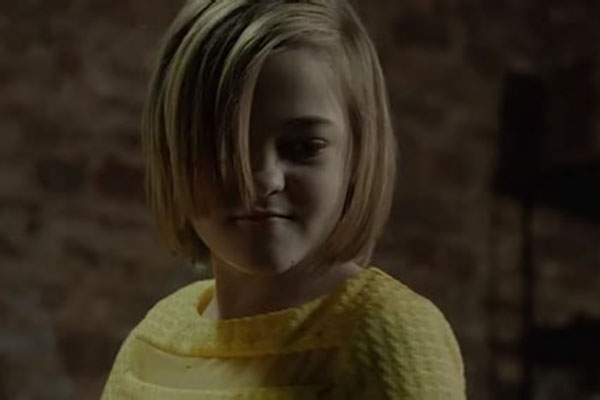 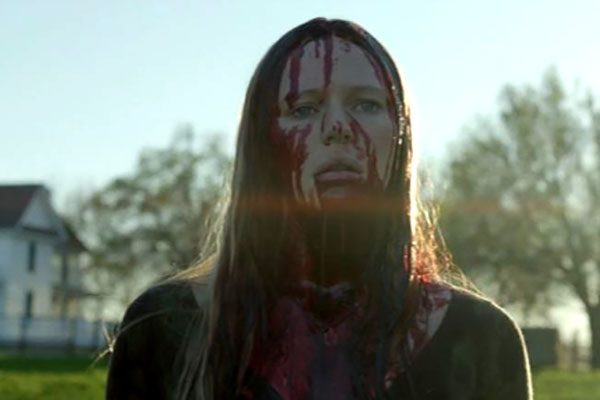 The biggest tragedy is that the film simply isn't scary. We get two real killings, and then a bunch of stuff that is clearly just in Ruth's head (likely as she remembers the original slaughter in Gatlin). None of it has any actual impact (and that's before we even get to all the truly fake looking CGI blood the film layers on) and what real killings we get (again, all two of them) don't scare so much as bore. As a horror film this movie is just a tedious slog lacking anything approaching a real, solid scare.

There actually is an interesting characters study of a mother and son trapped together as she deals with untreated PTSD from the corn cult, and if the film could have just explored that it might have made for a very interesting drama. Instead we get this stupid, poorly written horror film that fails to scare or entertain. It's sadly not the worst film in this series (there are so many bad films that we basically have to call the whole series a wash) but it's still not good by any stretch of the imagination.