A Slow News Day in the Midwest

Children of the Corn II: The Final Sacrifice

As I noted in my review of Children of the Corn, that film took a Stephen King short story and stretched it out to feature length. I told every part of the story it could, unlike many King adaptations which normally have to cut out material for time. That also meant, however, that there wasn't anything left for any future films in the series to adapt. Although the locations of the short story were mentioned in future King works -- Gatlin is mentioned in It while nearby Hemingford shows up in The Stand and 1922 -- there really wasn't any material for future films. 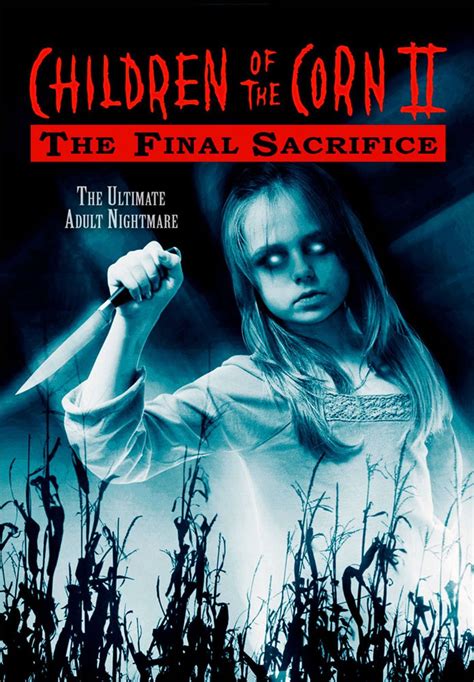 That said, terror can always be mined out of creepy kids. This is just a basic fact of nature, as scary as spiders, clowns, and old men. All a future sequel had to do was put a bunch of kids in a religious cult, add some corn, and boom: instant sequel. And that's exactly the formula put to the test with the first, near decade-later sequel, Children of the Corn II: The Final Sacrifice. Essentially a sequel in name only, this film was made by a different studio, Dimension Films, simply looking to capitalize on a cheap license and a half-way fondly remembered name. However, at least this first time, the studio managed to crank out a half decent film from the bones of the previous, stupid movie.

In the sequel we're introduced to father and son John (Terence Knox) and Danny Garrett (Paul Scherrer). These two are estranged, with John having left how soon after Danny was born, visiting infrequently at best. Working as a two-bit reporter, John travels the country looking for weird stories for the tabloid that employs him. Danny is forced to stay with his father for a bit while his mother gets married to some idiot Danny doesn't like, so the two are stuck for a time, hating each other as John travels around. That's how they end up in Hemingford (neighboring town of Gatlin, site of the first film) soon after it's revealed that they Gatlin kids went on a rampage, killing all the adults in town. The kids are then sent to Hemingford where the adults there, in their infinite wisdom, decide to take them in. "All the bad apples have died," they said, ignoring all the signs.

While John explores around town, striking up a relationship with bed and breakfast owner Angela Casual (Rosalind Allen), Danny meets local girl Lacey Hellerstat (Christie Clark), and the two also hit it off. They all eventually stumble upon the kids from Gatlin, who continue to meet and discuss the events that happened. One of them, Micah (Ryan Bollman), even becomes possessed by the local evil spirit, He Who Walks Between the Rows, and that's when the trouble starts up again. The evil of Micah spreads, and soon the kids start killing once more, taking out the adults in ones and twos, all so they can free the town of their "corruption". It'll be up to John, and Danny, to find a way to stop the evil before everyone that disagrees with Micah is dead.

It's fair to say that the first Children of the Corn was a bad film. I'm not going to try and argue that this sequel, The Final Sacrifice (which, mind you, is nowhere near the final film in the series), is actually a good film. By comparison to its predecessor, though, it's fantastic. It has decent acting, better pacing, and a lot of gore, making it a much better horror film even if it falls quite short of actually being a good movie. 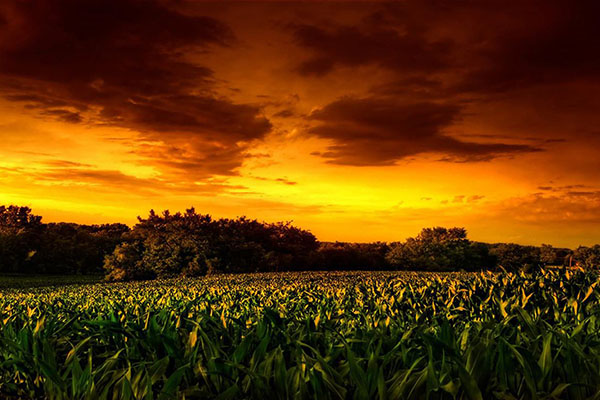 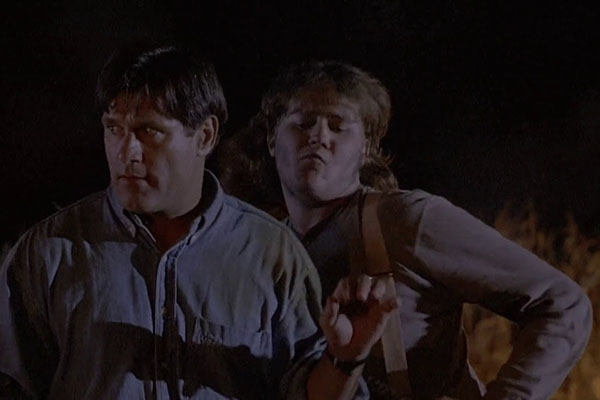 Working in the films favor is the cast. Where the stars of the first film were all either phoning it in or overacting so bad that it was practically to the same effect, the stars here actually deliver pretty decent performances. Most of them were from TV shows and soap operas, but that just meant they could sell pretty bad writing on a consistent basis. The actors are, in general, good at what they do and the only one that actually goes into the overacting histrionics is Bollman, and that's only near the end of the film when he's yelled at his "flock" about their evil god. It works, within the context.

And yes, there is a decent bit of gore. Certainly the best sequence is one set in a church. There, for whatever reason, Micah decides one of the men in the pews needs to die. He fashions a Voodoo doll of the man and starts stabbing it with his knife, which causes the man to start bleeding from his nose, then his ears, and then his eyes, until his whole face basic ruptures. It's over the top, and really gross, which is why it works so well. Not all of the kills in the film work this well, but some of them have this same level of over-the-top zest, and that made these scenes enjoyable.

That said, for much of the runtime Micah and his flock go out of their way to pick and choose who they kill and it's not always clear why they target who they target. Yes, there are two older ladies who yell and scream at the kids, garnering their ire, so clearly they were on the chopping block. But other guys don't really seem to deserve to die. The film tries to find ways to justify it at the end, coming up with this sub-plot about moldy corn and how it's going to poison a bunch of people when the town sells it to the mass market, but that never really lines up with the actions of the kids. It's a story beat raised after the fact, but it doesn't really do anything for the story.

Hell, if anything, the moldy corn sub-plot muddies the story of the rest of the film. We're told the mold corn dust can drive people crazy and that it would affect the kids even worse than the adults. Everyone was probably breathing it for months, we're told, and many of the characters assume this is the reason why the kids went crazy and killed everyone in Gatlin. Sure, that would work, if we hadn't already see that there was also a supernatural force killing people in town. The movie wants us to have it both ways but doesn't really commit to either until right at the end, and at that point it goes all in on He Who Walks Between the Rows, so what was the point of this corn dust sub-plot? 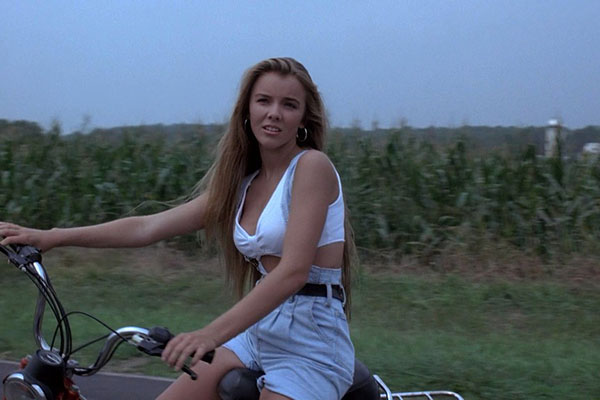 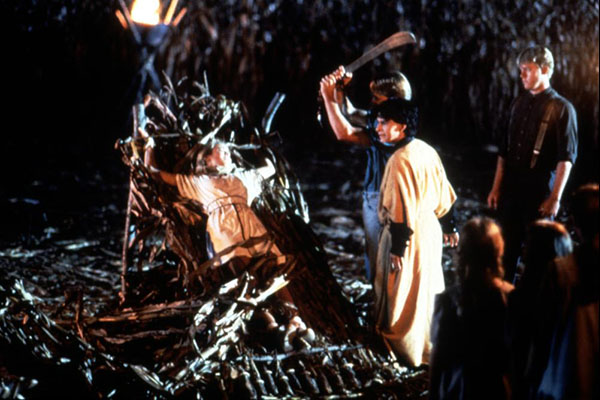 Still, despite this, I actually found that I didn't hate Children of the Corn II: The Final Sacrifice. Again, it's not a good movie as between it's only decent acting, weird narrative directions, and silliness of the story, it's hard to really get invested in the piece. The few kills that are good make the film watchable, but that doesn't mean the film is memorable. And, certainly, it's not a film I'd actually recommend to anyone as there are still better horror movies out there. This is already starting to become one of those horror series that manages to hang on because they're cheap to make and the studio still somehow manages to sell admissions and videos. That doesn't make it good, just bearable enough.

And even that is a bar many of the later films in the series won't clear. I'm dreading it already...