Return of the Mack

Children of the Corn 666: Isaac's Return

By this point in the Children of the Corn series I think we all have to admit that continuity has gone right out the window. This is the sixth film in the series but it makes absolutely no reference to the events of the third, fourth, or fifth films (all of which were basically disconnected films regardless) and barely makes any reference to even the second movie (just by referencing the neighboring town introduced in that flick). 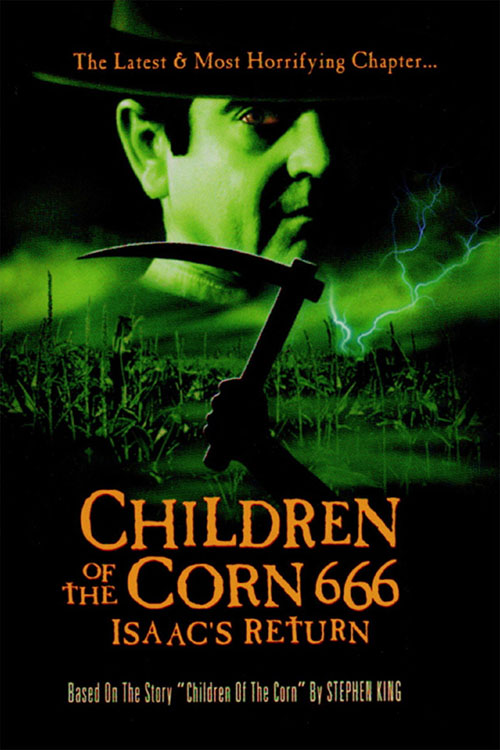 Why harp on this? Because after five films, this is the first movie that really wants us to care about continuity. It purposefully brings back the evil child priest from the original film, Isaac (a returning John Franklin), so it can tie itself to the first movie. It sells itself as a legacy film, but in doing so it muddies all the continuity of the films that came after. In short, this is the kind of horror film that requires a complete reboot of the series to make it work... that is if the film worked at all (which it doesn't).

Children of the Corn 666: Isaac's Return, the sixth film in the series, focuses on Hannah Martin (Natalie Ramsey), a young woman who was given up for adoption as a baby and who has spent the years since wondering where she came from. All she knew was that she was originally from Gatlin (site of the original film in the series), but she knows nothing else about who her mother might have been or why she'd given up her child. One look around the town upon her arrival, though, should have illustrated that coming back to Gatlin was a big mistake.

For starters, Hannah immediately starts having visions, horrifying dreams of things that aren't actually there. Everyone in the town acts weirdly around her, giving her looks and constantly talking about what she's meant for. And there's this one truck that constantly is trying to drive Hannah (and her car) off the road. And then there's Isaac, stuck in a coma since the first film only to awaken the moment Hannah comes into his room. He believes in the power of He Who Walks Behind the Rows, but also is high on his own power, and he swears by a prophecy that Hannah will give birth to the next generation of the Children of the Corn. Will Hannah be their evil love mother or can the poor girl escape the town before the prophesy is fulfilled?

It's fair to say I have a ton of issues with this film. The first, and biggest, problem is the existence of Isaac. He'd supposedly died at the end of the first film and, thus, He Who Walks Behind the Rows was out in the world looking for new children to lead his flock. Each film from that point forward gave us a different creepy child priest, each of whom had been blessed by the evil corn god so they could act as his avatar. But if his first chosen, Isaac, was still alive (albeit in a coma), why did he need any other children to lead the flock? And if there was a whole town still worshiping him, why did he constantly go elsewhere, ignoring this town. There's a logic leap I'm just not seeing for this to make sense (even though the real answer is: it doesn't matter and don't think about it). 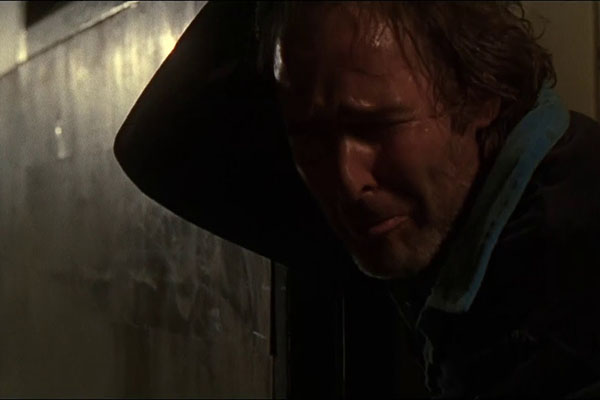 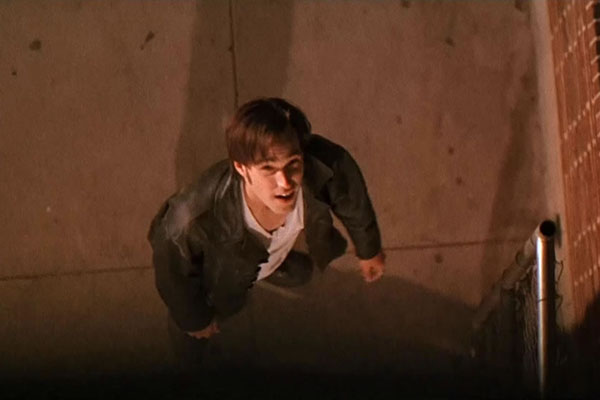 Beyond that, I also had an issue with the specific story of this film. Firstly, there's the prophecy which, again, is an element never mentioned in any of the other films of the series (including the first one). If there was supposedly a child that had to be protected, that would give birth to the living avatar of He Who Shambles Among the Grain, why are we only just hearing about it now. You'd think the corn god would have task each and every child priest across the entire series with the job of finding her and following her through her whole life. Instead she's left to just wander around for 19 years until she magically shows up on her own. That seems really silly.

On top of that, I also don't really know what the prophesy was about. I'm guessing it's to give birth to the corn-avatar, but that's just a guess. Isaac wants it to happen because, somehow, it'll make him stronger, but once one of the flock actually has sex with Hannah and gives her his seed (oof, that's icky when I write it), somehow he becomes the avatar for the corn god. None of it actually makes sense and I have no clue what the point of the prophesy was or why. The only thing the film is actually clear about is that Hannah is an unwilling participant in all of it.

There's one other issue I have with the basic story: everyone in the film, all the characters from the evil Sheriff Hannah first meets, to the town doctor, and even Isaac himself (after all this time), all of them are adults (or, at least, well over the age of 18). If this is a corn cult that's been living in this town all this time since the original film, how can there be any adults? The whole point of the cult was to kill all the adults and sacrifices them to He Who's Motivations Are Becoming Vastly Muddied at this Point. Nothing her makes sense if you try to put it up against any of the other films in the series (which, since the numbering for this sixth film was maintained, you're supposed to), nor does it work when you compare it to even the first film.

Plus, it's a Dimension low-budget horror film so it's already fighting an uphill battle. It's cheap looking, it's poorly filmed, and it has a vast collection of terrible actors (some of whom would go on to start in other terrible horror movies no one, besides me, would remember). The worst travesty, though, is that the film isn't scary at all. The previous films have been pretty lackluster but they generally managed a couple of jump scares, or fair bit of gore and creativity, or even once a corn kaiju, but this film has none of that spark. As with all other aspects of this terrible production, it also lacks any ability to elicit even a single scare. It's a chore, in all respects, from start to finish. 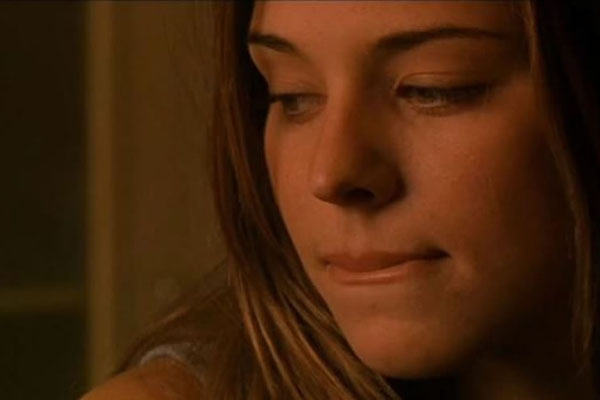 I think the worst thing, though, is that a bad as this film as -- and it truly is trash -- it still wasn't the end for this awful franchise. We have to dig further to reach the true bottom of the series and any hope we might have that it will even get good (or even reach at least marginally watchable again) has to be thrown right out the window at this point. Isaac's Return is easily the worst film in the series yet, but this has been a long, slow slide leading up to this monstrosity. And with a nose dive like that it's hard to imagine we'll be able to pull back up in the next five films.