The Last Man On Earth

I'm not going to pretend I keep up with all comics books. I've already stated on the record (a few times) that I didn't ever really get into Marvel comics, instead sticking largely to DC ComicsOne of the two biggest comic publishing companies in the world (and, depending on what big events are going on, the number one company), DC Comics is the home of Superman, Batman, Wonder Woman, and just about every big superhero introduced in the 1930s and 1940s.. Indie comics get even less representation in my collection, not because I actively avoid them but simply because there's only so much time in the day to keep up with stuff. Hell, I even let my DC comics pull pile lapse a couple of years ago. I'm so not in the know anymore when it comes to the funny pages. 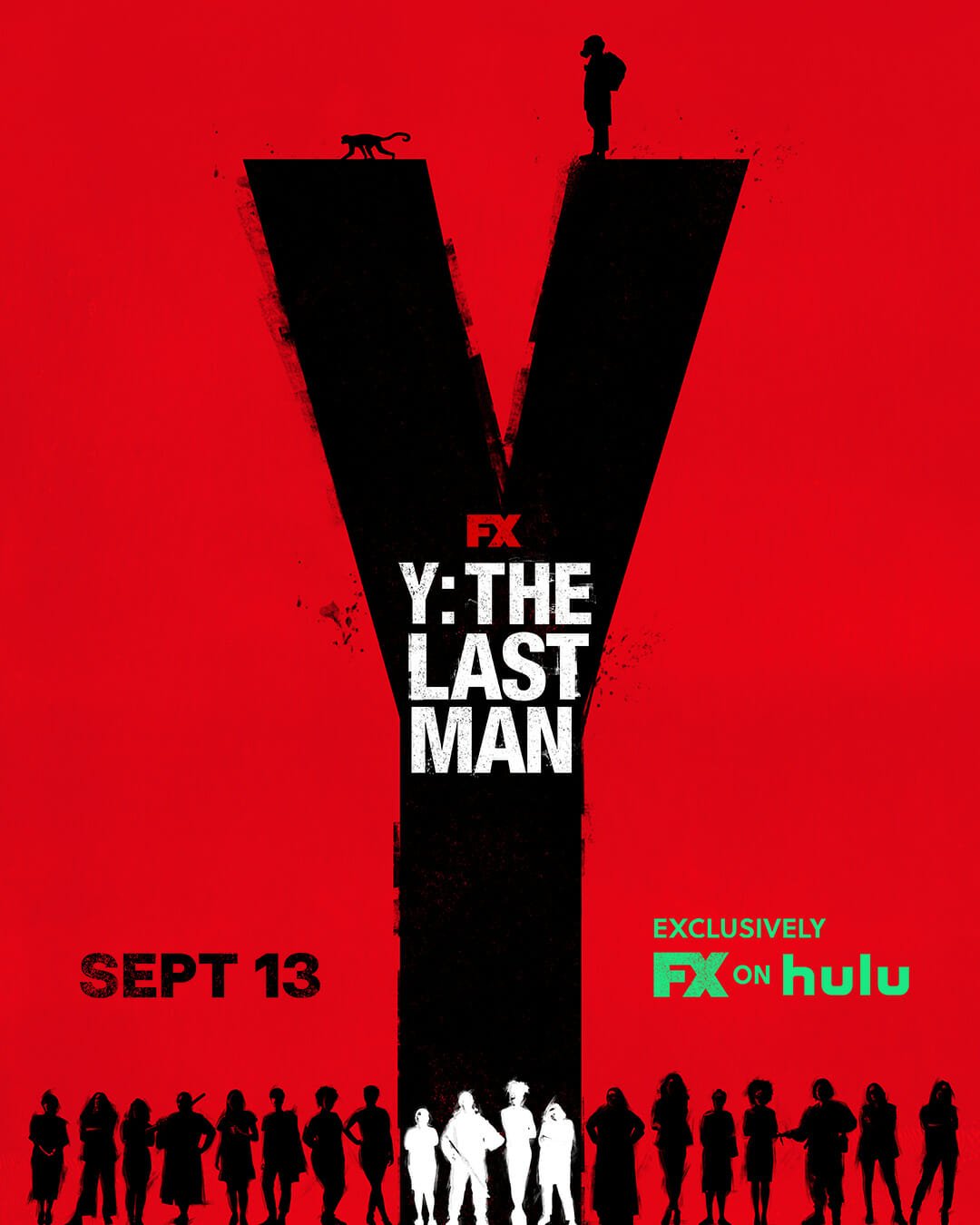 Even when I was keeping up I didn't manage to get into Y: The Last Man. it was one of those books that had already been running for a while when I finally heard about it, and then it came to a close before I actually got around to buying the trades. At that point everyone was complaining about how bad the ending of the series was and that put me off reading it at all. I'm sure it's good, for the most part, but I just didn't have it in me to start a long comic series if the creators didn't stick the ending. That would just piss me off.

When it was announced that Hulu and FX (and the two entities are basically linked now) would be producing a television adaptation of Y: The Last Man, that seemed like the perfect time to get into the story. Not to read the comics, mind you (again, only so much time), but I could watch the series as it unfolded and get all the good bits in a binge-worthy format. Plus, then I could see the end and decide if it was worth reading the comics after all. Or, at least, that was the plan, but before I could even get my Hulu subscription back up again (I bounce from one streamer to another to keep costs down), the series was canceled. Oops.

It's not often that I get to write a postmortem for a new show just as it dies, but that's the case with Hulu's Y: The Last Man. Between it's high costs (exacerbated by COVID-19) and then lower than expected ratings the show went away with a sad little whimper. Was that the show's fault, though? Going in knowing the series was canceled after only a single season, I could evaluate it from that perspective and... yeah, honestly. This wasn't the show it needed to be to keep people hooked and interested. That's not to say it's a bad television show over all, just that the flaws in this first season certainly rang the death knell for any future adventures.

The season does start well enough. Y: The Last Man presents an apocalyptic scenario, but one just different enough from the usual subjects (a disease that kills everyone, or zombies, or atomic war). With only the menfolk dying, the world is plunged into chaos. Women are left alive to pick up the pieces, but it's hard to have hope, and move forward, not only when half of all the people you loved (and, for many, their significant others, their sons, their grandsons, etc.) are dead. Beyond that, where is the hope when no one can reproduce? You have to have men around to make more of, well, everyone, and that doesn't even get into all the other animals -- dogs, deer, dingoes, and all the other animals that don't start with "d" -- that also died. Everything with a Y chromosome is dead, and most of the world crumbles under that weight. 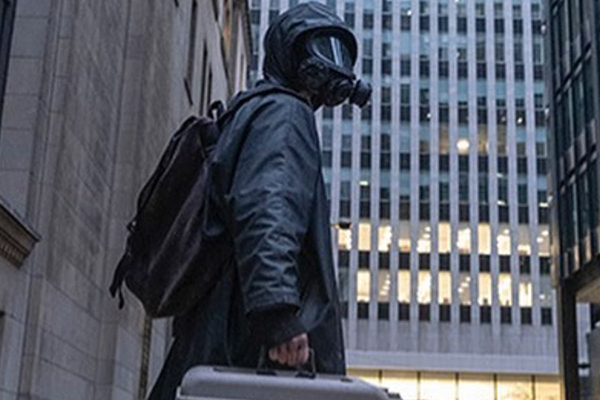 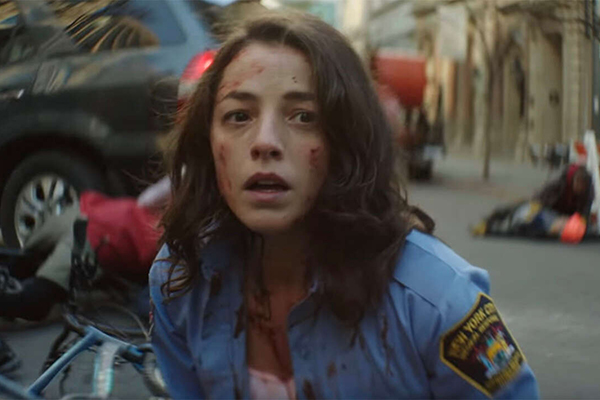 Still, there are people working to pick up the pieces. For one there's the newly-appointed President of the United States, Jennifer Brown (Diane Lane). Formerly a U.S. Representative, Brown was the highest ranking surviving member of the government, giving her the job of picking up the pieces. She works with her new cabinet from the Pentagon, trying to figure out how to keep people alive, and get the U.S. back up and operational, despite the heavy odds against. Her daughter, Hero (Olivia Thirlby), meanwhile is out in New York, just trying to get her life on track. She'd just accidentally killed a man when the Y-disease struck, giving her an out. But she's a total mess and can barely hold on. She falls in with a group of young women, outlaws looking to take the world back for themselves, and she might just be seeing the way that women will live in this new, man-less world.

Of course, then there's Yorick, aka "Y" (Ben Schnetzer). For whatever reason he survived the apocalypse and might just b the only man to make it through. Well he and his monkey, Ampersand, who is also male and also alive. The thought it there must be some connection between the only two surviving males of any kind in the world, which is what causes President Brown to send Yorick off with Ashley Romans as Agent 355 (Sarah Burgin) to find a talented biologist, Dr. Allison Mann (Diana Bang), so they can figure out why Y survived. If they can nail that down they just might be able to cure the Y-disease and then, just maybe, get biodiversity back on track.

Going into Y: The Last Man the opening episodes really do hook you in. The show starts en media res, having Yorick wandering the street of post-apocalyptic New York, just trying to survive. Then we cut back to the day before the plague, to see all the characters and learn everything that they were up to before the world changed. This is actually pretty standard post-apocalyptic storytelling -- you get to know the characters before you see them have to deal with the fallout -- but it works here. That's why every story uses this convention, because it works.

The problem Y: The Last Man runs into, just like with every post-apocalyptic story, is that once the world crumbles and the characters keep going you actually have to take them somewhere. The most interesting thing in any post-apocalyptic scenario is the apocalypse itself. That's the flashiest part of the story. Watching people survive after can be affecting (just look at the first A Quiet Place as a good example). The longer it goes on, though, the flabbier the storytelling tends to get, and things get dramatically less affecting from there (as a good example, A Quiet Place: Part II). 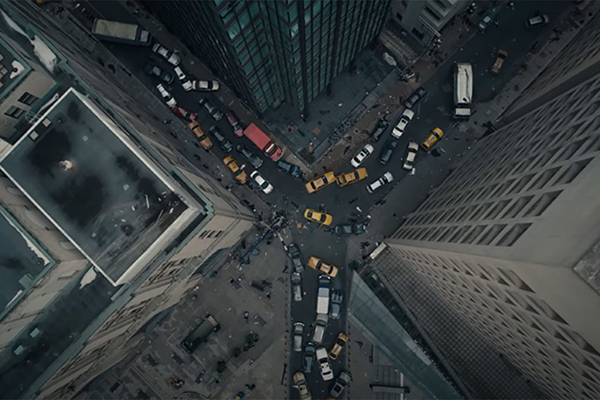 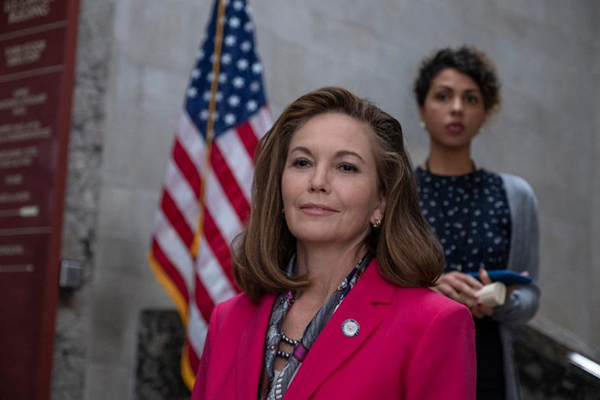 This is exactly what happens with Y: The Last Man; the first half of the season is interesting, but then the story has to go somewhere from there as we can't just watch the world collapse. The show wants us to invest in "what comes next", but it didn't really have a great answer for that. The show momentum the series really needed to get Y and Agent 355 and the good Doctor out and at her lab (after some kind of climactic something or other) so they could begin the real work (and do a lot of biology stuff off screen between seasons). Instead the characters end up running around a lot without really going anywhere, and this whole plot line loses a ton of momentum.

Instead of focusing on Y and his team and getting that actual important story going we spend a lot of time with Hero as she dicks around with the Daughters of the Amazons, and we spend time watching political machinations with the President and her opponents. These moments are interesting when they intersect with Yorick, but the rest of the time they don't add anything. Why should we care what happens with the Daughters if they aren't working towards restoring biodiversity (which they aren't). Why should we care of the U.S. Government survives if the plague has ensured there won't be a future generation to keep it up and running? The show never really gives us good answer to those plot questions. Instead we follow those characters simply because we needed a B- and C-plot to pad out the episodes.

I don't know if these plot lines might have been more important in later chapters of the story. Maybe they were in the comics but, for the series, we will never get that answer. That said, the show needed to use its 10 episodes far more economically to give us reasons to care about everything going on in the B- and C-plots, or it needed to gut them (no matter how important they were to the comics) to keep the momentum of the main series going. It didn't do that and felt far weaker, and slower, for it.

Of course, I watched most of the series with my brain shut off because, quite frankly, the whole idea that you could rebuild the world after a plague like this is patently stupid. If it had just been the human males that die that would be one thing -- figure out what caused the disease, cure that, and then engineer biodiversity back into the human population (which you can do via editing eggs, among other ways). But to save not only humanity but every other species on the planet, and quickly enough that the entire biome of the Earth died off, yeah, that doesn't seem likely at all. No amount of comic book logic and wishful thinking can make that science work. 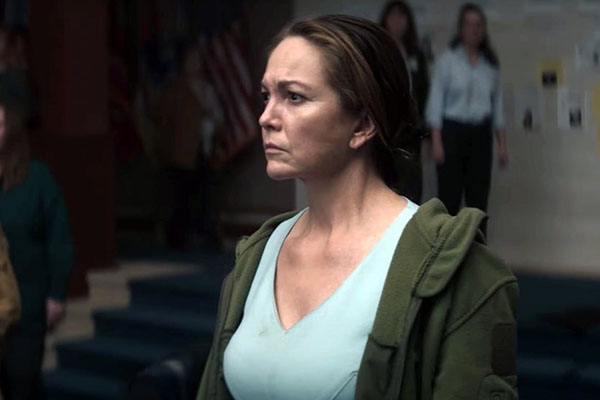 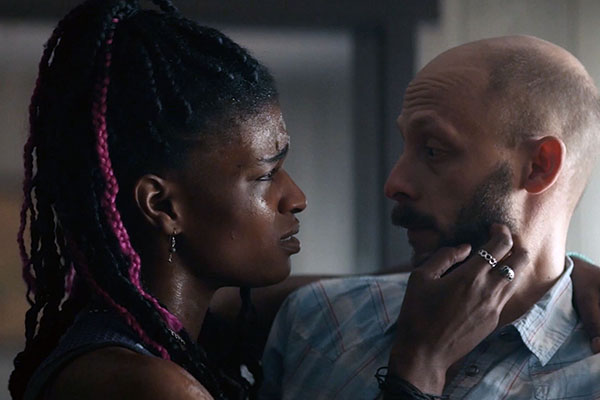 I don't want to make it sound like I hated Y: The Last Man's first and only season. I didn't; it was actually decently watchable, from a popcorn perspective, especially in the early going. I binged the series over a weekend and managed to get through it just fine, but I will admit that bu the back-half I was starting to tune out; the stupidity of the scenario, and the lack of momentum caused me serious issues. I have no doubt that those who were tuning in week after week quickly lost interest in the series due to all these factors.

Y: The Last Man has a great hook, and a game cast, and solid production values. None of this is in question. But as far as telling a story that actually kept people invested, and made you want to find out how the whole post-apocalypse thing was going to play out, the first season failed. Maybe it could have pulled things out and gotten the show on great footing in a second season, but Hulu wisely decided to cut its losses and not even bother. I don't know if there's a good story to be had from Y: The Last Man, I just know that this Hulu version of it failed to hit the mark.