Love, Life, and Repetition in California

When people talk about time loop stories they can't help but name-check the 1993 classic Groundhog Day. Although not the first time loop story, not even close, it was the one that became the "definitive" take on the material. Other stories have played in the same genre since but in just about every case the production has had to say, "just your basic Groundhog Day experience," in the script. That's the time loop story we all know (well, unless you're Legends of Tomorrow and you also reference "Cause and Effect"). 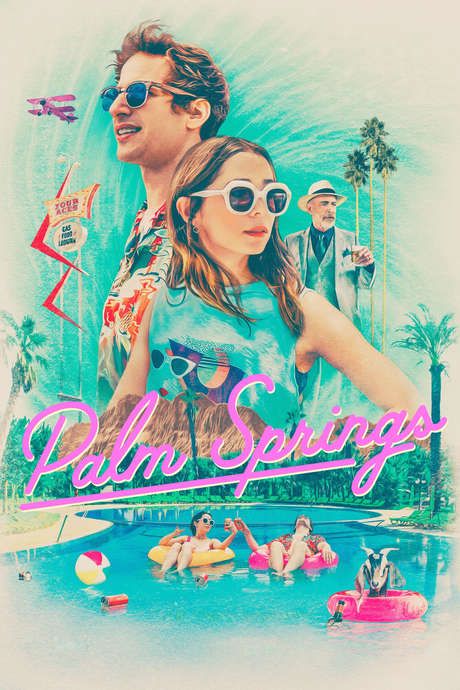 As much as that film came to define the genre I would honestly state that it's not the best take on the material. For my money, when it comes to watching two people fall in love over a time-loop comedy, the better film is absolutely Palm Springs. Released in 2020 directly to Hulu, this film came out right at the height of the first wave of the pandemic and became a sleeper hit for the streaming crowd. It had everything fans of Groundhog Day want: amiable leads, solid comedy, and a love story that actually works. It's a really solid film that, honestly, needs to get more respect. This is the time-loop film for our current era.

In the film we're introduced to Nyles (Andy Samberg), a guy at a wedding dragged there by his girlfriend, Misty (Meredith Hagner), as she's one of the bridesmaids. Nyles is a "don't give a fuck" kind of guy, just strolling through the day, drinking beer and not caring about anything. He does step up, at least a little though, when the bride's half-sister, Sarah (Cristin Milioti), stumbles through her speech at the reception. Nyles dives in, takes over, and saves the day. Then he and Sarah hang out, connecting over drinks, and then wander off into the great outdoors outside the resort to enjoy each other's company in other ways.

Things take a turn, though, when Nyles is shot by an arrow. Apparently there's someone out there trying to kill him, so he flees, running (and then crawling) to a cave in the middle of the desert. As it turns out, the cave has a mystical property that sends people on an endless time-loop of the same day (which resets for them when they fall asleep), a fact Sarah learns just a little too late when she's sucked in with Nyles. Suddenly they're both on the loop, over and over, and Sarah has to either learn how to accept this fate, living the endless, casual life with Nyles, or find some way to escape this twisted version of paradise once and for all.

So, on it's face, Palm Springs doesn't seem that different from Groundhog Day. At it's core we have two "failed to grow up" man children stuck in a loop for reasons outside their control, both of whom decide to become better (in some definition or another of "better") because they meet someone they find they actually care about. Nyles really isn't all that different from Bill Murray's Phil Connors, but it's in the twist of the second lead that Palm Springs really comes to life. 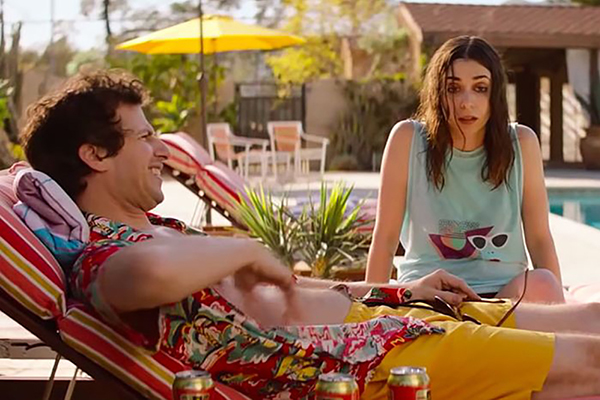 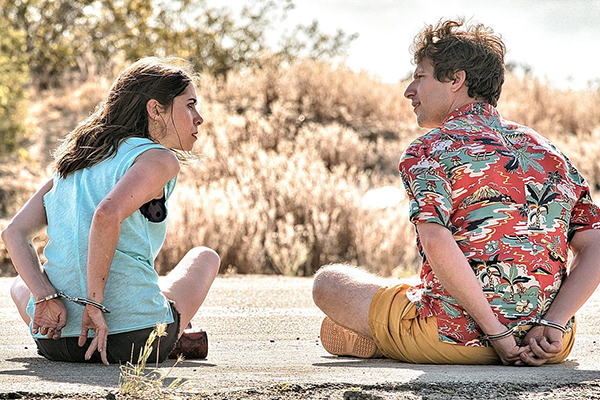 Where Phil's object of affection, Rita, is an external factor, something he can influence who doesn't really have an arc of their own (is Rita any different at the end of Groundhog Day than she was at the beginning?), Milioti's Sarah gets into the loop herself. She becomes a key player in the events of the movie, going through her own stages of grief over the situation she suddenly is stuck in. That changes the game completely and makes for a deeper, and more compelling, story.

Make no mistake, Groundhog Day is the Bill Murray show and it works because he's in the lead. I like Samberg as an actor and I think he works well in the right material, but he isn't the kind of performer that can carry a film on his own. It's telling that the productions he's most famous for, like Brooklyn 99, are ensembles tat allow the actor o play off other people. His comedic brilliance comes from bouncing off people so they can workshop the material together, whereas Murray could carry a script on its own. Murray is great, but Samberg feels more invested in the actual story of his film.

It helps that he has a fantastic lead with Milioti. Th actress (who came off stints on A to Z and How I Met Your Mother, among others) has a knack for comedy. She's great at playing off people, working with their interactions to heighten comedy. Playing back and forth with Samberg the two are able to take the script of Palm Springs, which puts Nyles in the role of "knowing sage" to Sarah's "newbie" in the situation, and really make it sing.

Also working in the film's favor is the fact that the two actors have solid chemistry together. Despite Nyles being a man-child who really doesn't want to leave the safety of the time-loop you actually don't hate him. This is a character type he's played before (on Brooklyn 99 and Popstar) and he's good in this type of role, the endearing idiot that you want to see do better. The film uses Sarah as his reason to escape, sure, and that works for Nyles as well as it worked for Murray's Phil in Groundhog Day. 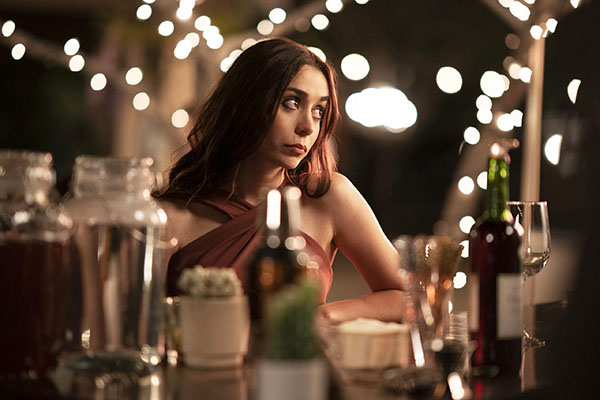 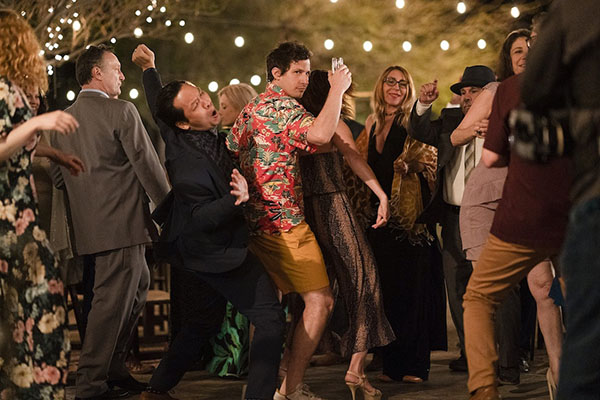 It's Sarah again, though, that really makes this work. She has her own motivation to want to escape and be better (she slept with her sister's soon-to-be husband) and she can't just stay in the loop forever, reminded over and over about what she's done. This gives her a different story, and a larger arc, that works in context. 'd say her story might even be richer because it pushes her in ways Nyles never has to be pushed. Without Sarah this film would feel all too similar to Groundhog Day.

And, of course, the characters are able to find their own way out. The cave acts as an explanation about how the loop happens (even if its a vague explanation) but it also serves to give the characters an out as well. Here we actually get to see how the characters can work together to find their escape through each other and it feels more meaningful this way. Just vaguely becoming "better" so the loop releases you does feel like an easy out where here the heroes have to truly earn the escape as much as their growth.

This isn't to downplay Groundhog Day or to say the fans re wrong to like that film. I just happen to think Palm Springs is better. At the very least I feel like it's a solid companion to Murray's 1993 film so, if you're going to watch the classic for this Groundhog Day, why not just watch both. If you haven't seen this film before I bet you'll be pleasantly surprised.