You're the Worst: Season 5

As I've noted in the past, I hate the way FX released their shows. I assume it's due to their licensing rights and wanting to eke out as much money from their shows in reruns as they could before releasing the shows to other platforms (like home video and streaming services), but it could take upwards of a year for a season to finish its run on FX (and/or FXX) and then show up elsewhere. For someone like me who has unplugged from traditional cable it can be quite difficult to keep up with shows I like when I have to wait a year or more for them to arrive. 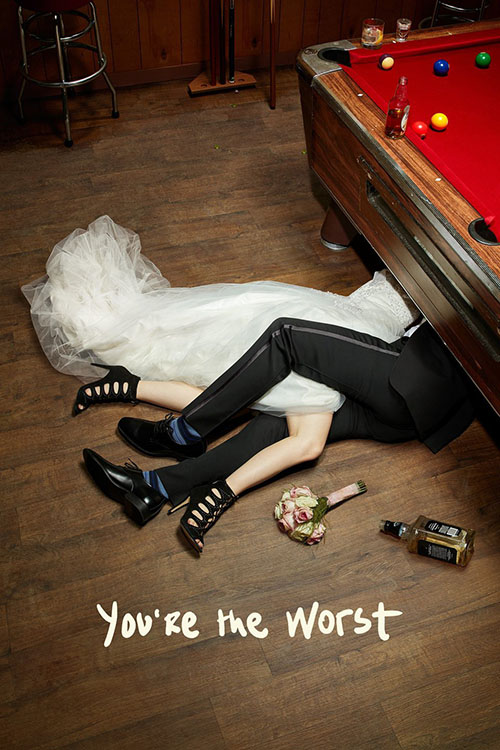 That's why even though You're the Worst finished up its run over a year ago I'm only now getting around to seeing it (hopefully, with the Disney/Fox merger and Disney's near-total domination of Hulu, we'll see FX shows pop into Hulu more regularly and consistently). It's a pity, too, because I feel like I've joined the conversation about this fantastic last season after all the buzz for it died away. I want to talk about the show and rave about how good it is but, now, a year after it's ended, it's like screaming into the void... which I'll do anyway, regardless of if anyone cares or not.

When last we checked in on Jimmy (Chris Geere) and Gretchen (Aya Cash), the two had just gotten engaged, finally, after spending the previous few months apart, hating each other. After initially proposing Jimmy freaked out of the commitment, drove off, and left Gretchen alone. She moved on, he didn't, and when he finally came back she made him pay for it for a long time before she finally forgave him. Now, with the engagement set in stone, the two of them just have to plan their wedding and get ready for the day when the two of them are united with no hope of escape.

Except that's not really a situation either of them can truly handle. Jimmy and Gretch both live with one foot out the door, crumbling under pressure whenever any kind of permanent commitment is talked about. This engagement is the closest they've ever gotten to being adults and just the thought of that alone freaks them out. Plus, Jimmy struggles at the thought of being a real writer, at having responsibilities, at being in a relationship without any hope of anything else. Meanwhile, Gretchen suffers from depression and anxiety and, some days, just wants to walk out in front of a bus and end it all. Sure, she's "better" (since going to therapy and balancing out her life) but she still has days where she wants to self-destruct, and the battle with depression never really ends. Can these two actually make this work?

One of the things that's most respectable about You're the Worst is that it treats its characters like real people. That means that they'll grow and change, but progress comes in small steps and, very often, there's a lot of backsliding in the process. Every evolution, then, feels earned; every big breakthrough really matters. But it also means that, as real people, their problems won't just go away magically simply because they're met someone else to have in their lives. 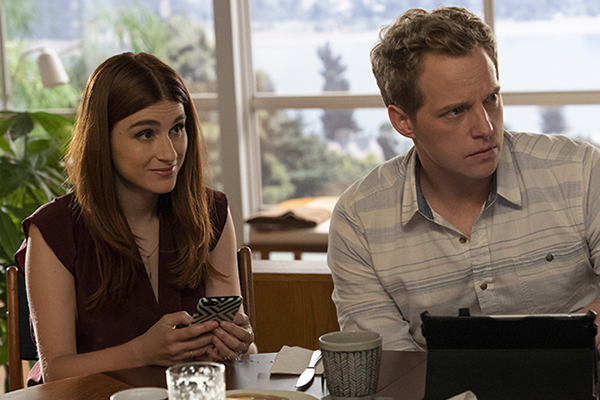 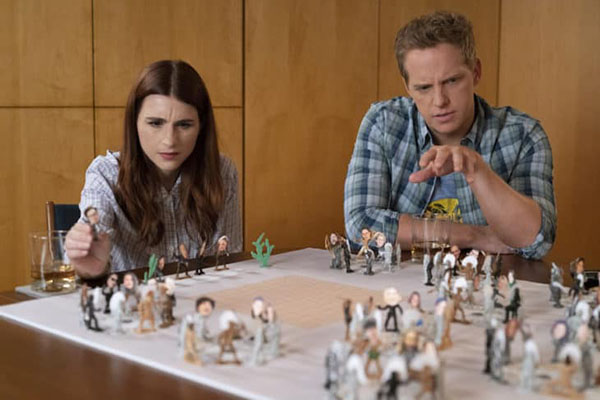 That's part of what the title implies: not only are these guys "the worst" (as in they're immature people who lash out, at times, at those around them) but also that Jimmy and Gretchen are "the worst" for each other. But, at the same time they're also the best for each other because while both of them have it in their souls to cut and run when things get difficult, for whatever reason they just can run away from each other. They find, within the other person, something that completes them and lifts them up in a safe and organic way.

It's the benefit of building a rom-com show around "terrible" people -- not only is the bar set low for them at the start so each step of their growth feels like real growth, but as the show slowly progresses we can get plenty of moment for their lives, and their love, to grow as well. If You're the Worst were a rom-com film the characters would get together, grow, change, and suddenly have a fairy tale romance in the span of two hours, and it would suck. It wouldn't feel real, or honest, or like the two characters deserved the happiness they found in each other. But over the course of five years (and 62 episodes) the show earns their romance, making these two works as a couple (as well as slightly less terrible individuals).

That's the trick this fifth season really pulls: finding a way to get these two as close to their "fairy tale" ending as they could get while still having it feel natural and earned. I did grouse about the fourth season because there was a fair bit of wheel-spinning going on that year, but this season is much more focused, much better equipped to tell the final tale of these two horrible love-birds. For Jimmy and Gretchen, the fifth season of You're the Worst is a fitting send-off.

That said, it's not entirely without flaws. The other two leads, Edgar (Desmin Borges) and Lyndsay (Kether Donohue), don't have nearly as much character development as Jimmy and Gretch. Sure, they each have good moments, but if we're comparing this show to rom-com films then Edgar and Lyndsay very much get shoved into the "best friends of the romantic leads" roles that stock most films. The first three seasons found a lot to do with Edgar but, really, both of these people figured out who they wanted to be (for the most part) around season three and, since then, they've been stuck waiting for the show to end so they could move on. 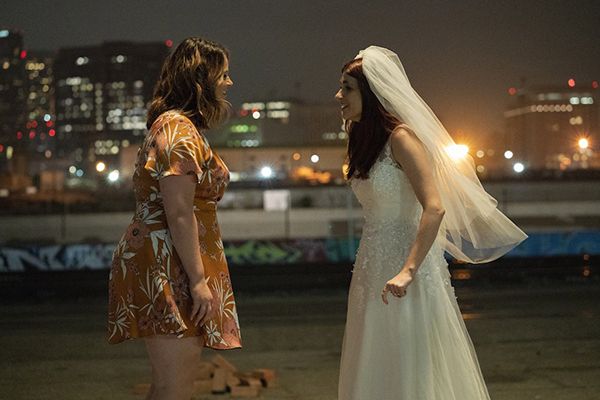 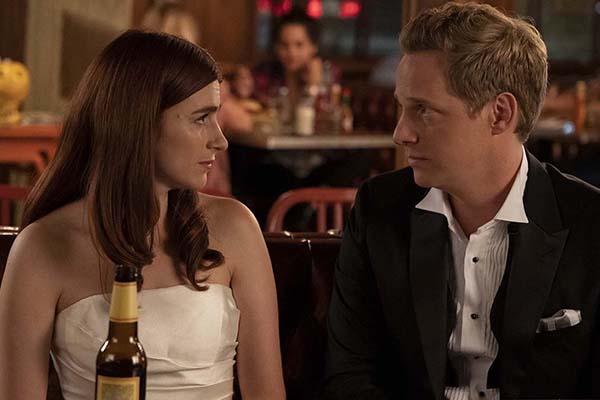 However, even though the show doesn't quite know what to do with the stories of all its characters it does at least still pack the humor in, start to finish. As noted, these are terrible people but that allows them to say the rudest, funniest, dirtiest things they want. The show knows how to turn a phrase, to use the comedic timing of these awful people to create situations that our laugh-out-loud hilarious. My wife compares the humor to South Park, and in a way she's right -- they're filthy mouthed dicks, but because they aren't permanently stunted children (just mostly-stunted adults) there's more the show can do with its potty mouth and terrible jokes. You're the Worst is what you'd get if you tried to make South Park grow up and face the real world.

The show is an acquired taste, I will admit that. It uproariously funny but you have to be able to enjoy these characters, and sometimes they can be pretty hard to watch. But if you stick around, and learn to love these guys, you'll end up being very pleased by the finale of the series. It is satisfying, earning it's place as one of the best rom-coms to come out, ever.