Your Body Will Go Through Some Changes...

This is it, the true final film in the Fox X-MenLaunched in 1963 and written by Stan Lee and Jack Kirby, the X-Men featured heroes distinctly different from those featured in the pages of DC Comics. Mutants who didn't ask for their powers (and very often didn't want them), these heroes, who constantly fought against humans who didn't want "muties" around, served as metaphors for oppression and racism. Their powerful stories would form this group into one of the most recognizable superhero teams in comics (and a successful series of movies as well). series. Whatever Disney does at this point, putting the mutants into the Marvel Cinematic UniverseWhen it first began in 2008 with a little film called Iron Man no one suspected the empire that would follow. Superhero movies in the past, especially those not featuring either Batman or Superman, were usually terrible. And yet, Iron Man would lead to a long series of successful films, launching the most successful cinema brand in history: the Marvel Cinematic Universe., it will involve new versions of all the familiar characters (aside from the occasional Deadpool), so this film marks the last, official outing for this universe, likely ever. This is it and, according to the critics, the series goes out not with a bang but with a whimper. 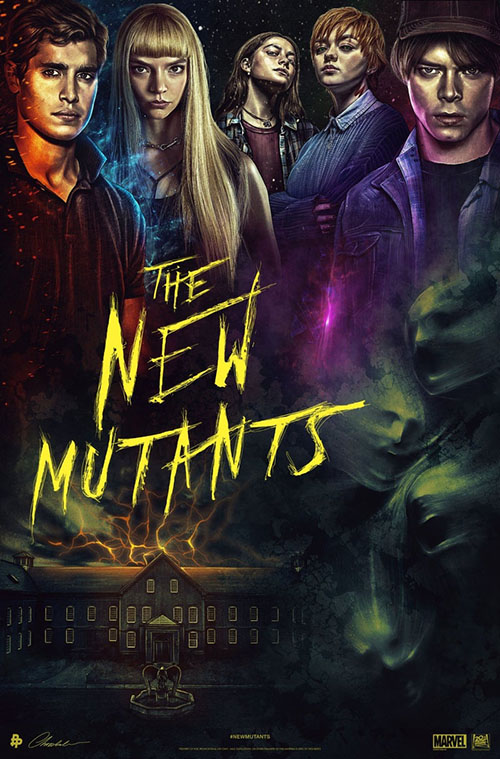 Is that really fair, though? This film wasn't meant to be the last film in a series. It wasn't intended as a capper for a franchise. When it was conceived, the director and stars thought they were signing on for a new series within the X-Verse, the potential to make two or three more movies after this following these new mutants (pun intended) as they went out into the world, used their powers for good, and maybe met the occasional X-Man. Yes, the mainline films had been under-performing (assisted in no small part by the lackluster one-two punch of X-Men: Apocalypse and Dark Phoenix) and it's possible that the series was in for a fresh reboot before too long, but no one expected this film to act as the last gasp of the franchise.

It's better to think of The New Mutants as a side-story, filling the same kind of void that Birds of Prey did for the DC Extended UniverseStarted as DC Comics' answer to the MCU, the early films in the franchise stumbled out of the gates, often mired in grim-dark storytelling and the rushed need to get this franchise started. Eventually, though, the films began to even out, becoming better as they went along. Still, this franchise has a long way to go before it's true completion for Marvel's universe. -- it's a weird little adventure that tries to kick-start a new group of heroes that would eventually crossover into the main universe (whatever shape it took). And, in that regard, I think the film is fairly successful. It has action, it has adventure, it has a story that's at least 75 percent cohesive (which is more than you can say for the last few mainline X-films) and a game cast that does a lot with their characters. As the start of a series, it works fairly well. It just never should have been the last film in this franchise.

The New Mutants focuses on Dani Moonstar (Blu Hunt), a girl who loses her family in a tornado strike (or something), and who ends up at a remote hospital. There she's greeted by Dr. Cecilia Reyes (Alice Braga) who runs the institute and she has news for Dani (beyond the fact that her family is dead): Dani is a mutant and they have to figure out what her power is, and how she can control it, so she can "get better" and get out of the hospital.

While at the institute she meets four other mutants: Rahne Sinclair (Maisie Williams), who can turn into a wolf; Illyana Rasputin (Anya Taylor-Joy), who can summon a powerful magical blade (and teleport herself into Limbo); Sam Guthrie (Charlie Heaton), who can hurl himself at high speeds via concussive blasts from his hands; and Bobby da Costa (Henry Zaga), who can ignite his whole body. Each of them have ended up at the institute because they've caused massive damage with their powers. Now they have to hope they get better or they'll never escape, although the longer they stay at the hospital the more they start to suspect that Dr. Reyes, and the people she work for, don't have the best of intentions. 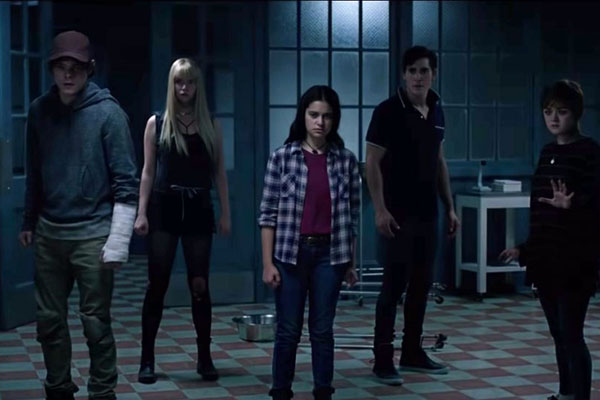 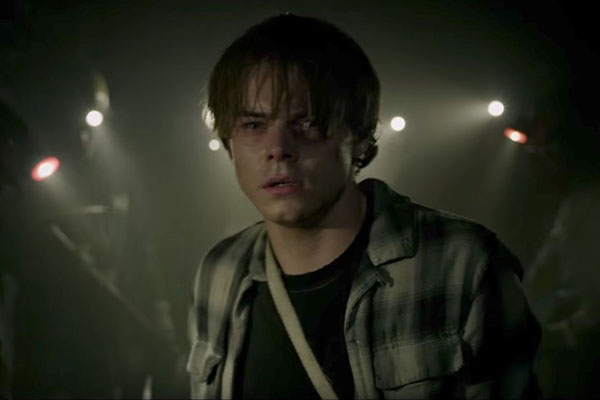 There are issues with the film, to be honest, but nothing hurt the film more than the way it was advertised by the trailers. The ads made it look like the film was going to be a psychological horror film, that the hospital was a facade and they were really trapped in some kind of freakish ghost fun house. That's far from the case, with this being more like a Weapon X-lite kind of organization. Yes, there are horror elements, but they aren't caused by the hospital or the experiments, they're caused by Dani and that changes the whole tone of the film.

I don't know if the production team wanted to make Dani's powers (that she's psionic and can tap into people's fears, manifesting them) into some kind of twisty surprise. If that was the case, the film itself betrays that secret pretty early (even if it takes forever for the characters to catch on). The first time Dani starts to sleep and suddenly someone is haunted by their worst nightmare, it's pretty clear what's going on. There's no mystery to it, no great shock about what's going on, and not that much terror, frankly, to be mined from the setup.

Instead of being a horror movie, in fact, The New Mutants is much more of a bog-standard heroes-vs-villain storyline. Dr. Reyes clearly can't be trusted from the very beginning, and the film does a bad job of setting her up as any kind of real character to trust, so it's clear (even before the film feels the need to explain it to us) that this "hospital" is just the first step towards the kids being weaponized. They eventually learn their fate, have a big, bombastic action sequence (which is actually pretty good, if a little too reliant on CGI), have their caring-and-sharing moment, and then move forward as a team. It's about what you'd expect, really.

When it comes to the main characters, our five mutant teenagers, the film does a good job setting all of them up and making them care. It establishes the friendship between Sam and Bobby, gives us a pretty kinetic romance between Rahne and Dani (the first Marvel gay romance, and it had to come in an X-film the studio essentially wrote off), and we have the "bad girl" who's hiding deep trauma with Illyana. While none of their characterizations are deep, the actors play them well and there's solid chemistry developed by all the stars. Had this managed to do well enough to warrant a sequel (in a parallel universe where Fox continued to make X-films), I could see watching further adventures with these five as they're a generally likable bunch. 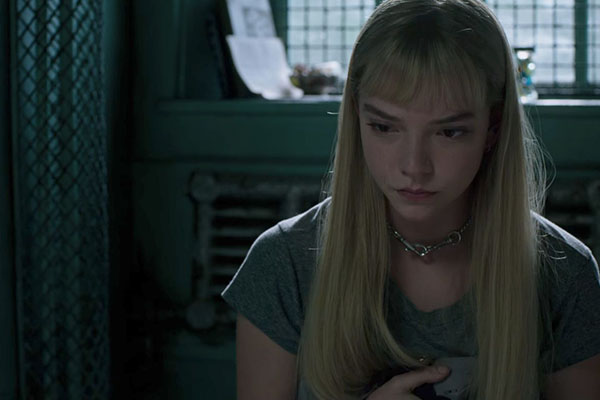 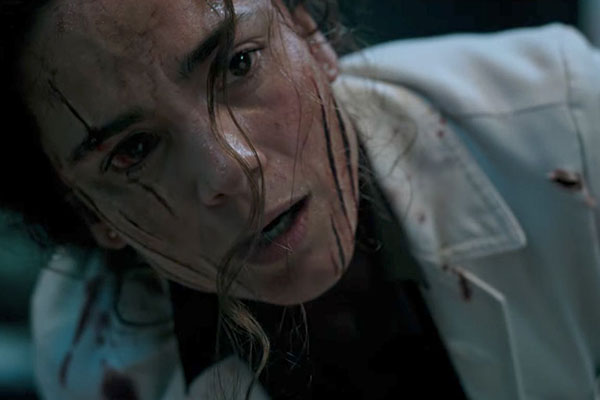 That said, the movie does start to fall apart when you give it any kind of scrutiny. For starters, the only thing keeping the kids in the hospital are the powers of Dr. Reyes, who can project force shields and has erected one around the whole of the hospital grounds. The movie never establishes why the teens haven't just ganged up on the doctor and killer her so they could escape (Illyana is a self-proclaimed violent murderer so, at least for one of them, it's not beyond reason).

It's also unclear Just what the evil organization behind it all is planning to do. There's some vague hint of a Weapon X-style program (a la the evil organization we see in Logan, but it's unclear just how useful some of these teens would be. They consider Dani "too powerful" and eventually want her killed, but by the same token you would think Rahne (aka Wolfsbane) would be too weak for the organization to properly weaponize. And Illyana is clear uncontrollable, so there's no way she'd be at all useful for their plans.

Hell, Illyana causes the entire movie to fall apart, when you think about it. She can teleport back and forth to her "special place", a inter-dimensional Limbo, and it's even shown she can use this to jump around (so she doesn't have to just 'port back and forth in a single place). Why, then, can't she teleport herself past Reyes's shields? What's stopping her? The film never even bothers to raise the issue, and that's the first thing I expected when her power was revealed. It just doesn't quite work.

Honestly, though, I like the intention of the film. Like many latter-era X-movies, the film has a lot of logic gaps and other flaws that hold it back from greatness. And yet, when compared to those other films (Deadpool notwithstanding), The New Mutants is more fun, engaging, and enjoyable than those other works. It's not a great film but it is a decent one, and if it had been given the time to grow over another movie or two, its possible The New Mutants could have gotten really good. 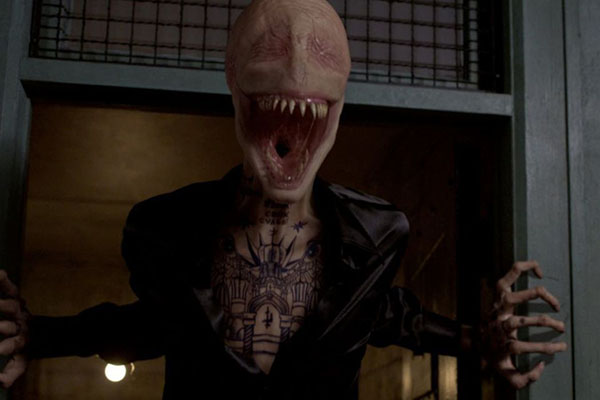 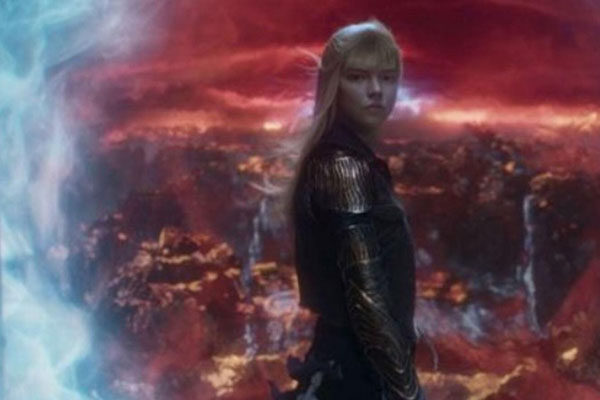 It's unfair that we have to look at this movie as the last film in the Fox X-Men series because it clearly wasn't meant to handle that load. It's not the end chapter of anything, but a small beginning. The real "end" of the series was Dark Phoenix, and that film ushered the series out on a wet fart. This movie is more like a pilot episode for something new, a "What If?" could-have-been if only the series could have continued.

If the series had actually continued from here, and grown out of this movie I might have had a little hope for the future. Most of the Fox films were terrible, in all honestly, but occasionally the series produced some gems. While not a lustrous gemstone, The New Mutants was certainly a diamond in the rough. It had potential to be a fresh start, but instead it's a sad ending to a long-running franchise that otherwise needed to die years before this film as even conceived.