Low-Wattage X-Men on a Low-Grade Budget

I think it's a fair assessment to say that, under the Fox Studios tenure, the X-Men films have been hit or miss. While the first two films were great, the movies since then have varied wildly in quality, from the absolute wretched one-two punch of The Last Stand and X-Men Origins: Wolverine, to the fairly decent First Class to the absolutely brilliant Logan. When you go into an X-Men film you're never sure if you're going to get a great movie or a cheap cash-in. 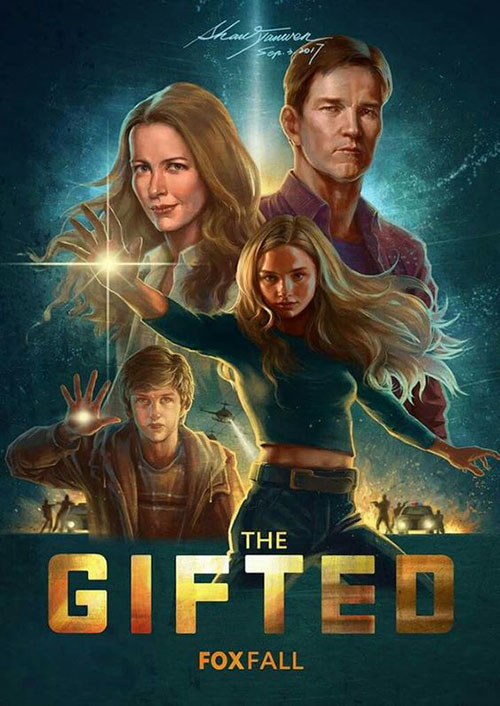 More recently, Fox has attempted to spread the X-Men brand out to TV as well, creating the mind-trip series Legion along with today's subject, the mutants v humans series The Gifted which, like the movies that preceded it, varies wildly in quality from one episode to the next. The series focuses on the Strucker family -- daughter Lauren (Natalie Alyn Lind) and son Andy (Percy Hynes-White), both of whom are secretly mutants, along with their human father, Reed (Stephen Moyer), and mother, Kate (Amy Acker). When Andy has an incident at his school, getting bullied and then accidentally unleashing his newly awoken powers in response, Sentinel Services is called on the family. Use of powers is strictly regulated and, even as an accident, what Andy did was a crime in the eyes of the government.

So the Struckers go on the run, hooking up with the Mutant Underground as a way to find an escape route to a safe place. In the process, they end up helping the mutants fight for their freedom and save other mutants from Sentinel Services. They also end up dealing with another batch of mutants, the Hellfire Club, fighting a war between the mutants and the humans on both sides of the aisle.

Set in a future after the X-Men have disappeared, the show posits itself as a kind of "X-Men without X-Men" tale -- how do mutants in this world survive without the great superhero team to fight for them? The thing is, though, that while the X-Men in name are gone, the Mutant Underground has essentially taken up their mantle, fighting for mutants and working to save the day. This is contrasted with the Hellfire Club who, basically, are Magneto's Brotherhood of Mutants by a different name. Then when you factor in Sentinel Services, human agents that do the same work of the Sentinel robots (with the same results: lots of dead mutants), the dynamic of the world hasn't really changed. It's still good mutants vs. bad mutants with human agents killing everyone they get. At this point the show may have well just called themselves "X-Men: New Class" and admitted what it was.

Not that most of the mutants on the series would make the cut for the X-Team. Blink (played by Jamie Chung here instead of Fan BingBing) and Thunderbird (Blair Redford instead of Booboo Stewart) were obviously both included because versions of them appeared in Days of Future Past and are the closest the series gets to "real" X-Men on the team. I like both these characters, and the actors they hired for the roles are great, but it constantly feels like these two are slumming it with the rest of the group, a stop over for them before they go off to bigger things. That's because mutants like Eclipse (a mutant that can shoot beams of energy out of his fingers, played by Sean Teale), Polaris (who has magnetic powers), and Lauren (who creates force shields), feel like re-skinned, low-wattage versions of other heroes from Marvel comics. 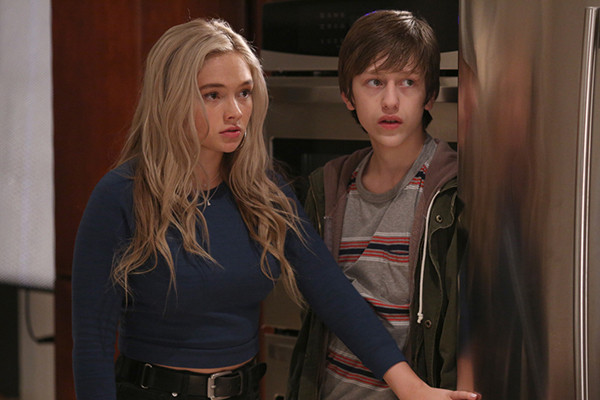 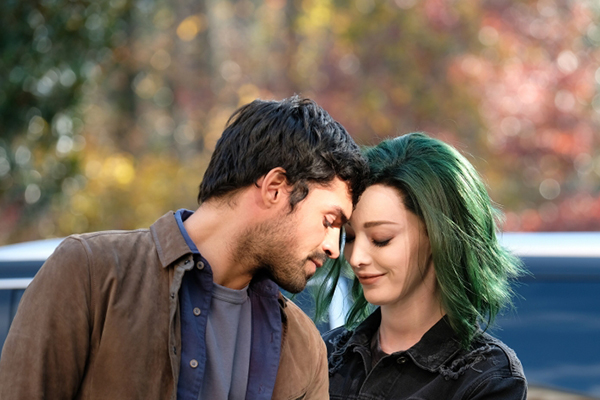 Although maybe some of the problems with the Mutant Underground isn't so much the characters as the fact that they're barely given anything to do. If there's a problem, Blink teleports everyone to it (via her ability to open portals), Thunderbird uses his mutant tracking ability to find the people to save, and then everyone else just kind of hangs around until they have to attack. All the cool powers in the world can't help you if you're forced to wait on the sidelines (like a pack of ninjas waiting to go after the hero, one at a time, in a polite and organized manner). Not that they even get to fight very often, as the show really doesn't have the budget for that.

Bringing the X-Men to the small screen isn't an easy proposition, to be sure. These are people with a wildly diverse amount of powers, many of which can cause widespread devastation. TV shows don't have the budget for that kind of carnage, and even showing off a few powers per episode requires budget cuts elsewhere just to keep the series solvent. That's why the Mutant Underground always conveniently finds some warehouse or abandoned building to hold up in, and everyone conveniently clusters in two or three rooms of it (no matter hos spacious it might be). That's why no matter how big the powers are, we always just get some wire-work and a bit of flame to show the "carnage". Nothing really feels substantial, or like anyone is truly in danger, because it's broadcast TV and they just can't afford to show it.

Considering this, then, it would be wise for The Gifted to try and make up for it's lack of money by keeping the story personal, the stakes high, and the plot lines movie. And yet, throughout first season, the show got mired in dealing with the same problems over and over, always promising to move the action outwards while still keeping the people trapped at the MU home base. It's only been a couple of months since the first season ended and yet I find myself struggling to remember much of what happened beyond "mutants sit around and look pensive".

Sure, the last couple of episodes were more interesting as that's when the Hellfire Club was properly introduced. Even then, though, the pacing just felt off. Things would happen quickly -- "We have to attack this senator before he votes for Mutant internment" -- broken up by longer stretches of people debating the moral implications of their actions. You know, after they spent most a season debating the moral implications of their actions. Truly thrilling television. The series needed a kick in the ass to get going, but the introduction of the Hellfire Club was a gentle prod at best, a nudge in the right direction that didn't go far enough. 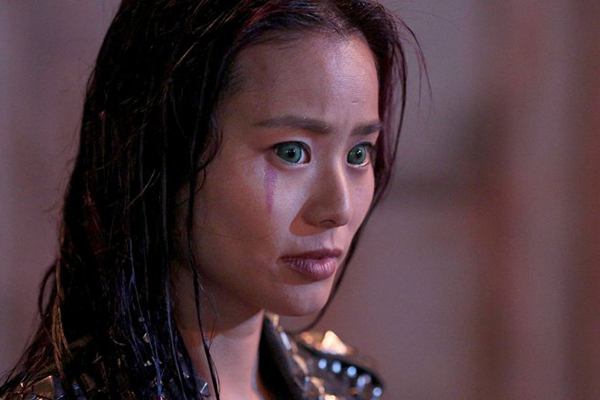 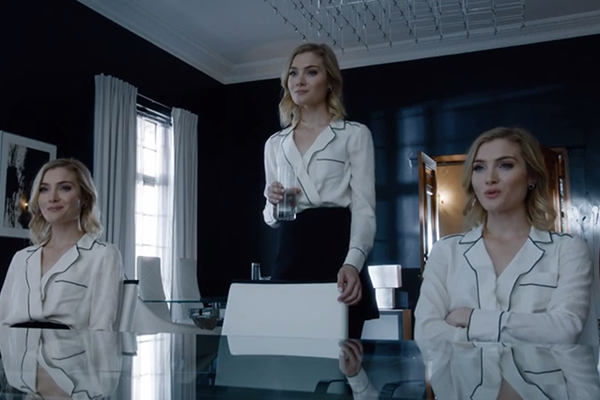 Still, keeping an open mind for the new season (as shows can get retooled and improved in the off-season), I went into the first episode of the new season to see how things had changed after a relatively big twist (for this show, at least) at the end of season one. We find new dynamics at play as the teams have been shaken up, with some of the MU mutants moving over to the H. Club. The two are largely separated, with the Underground pensively trying to free mutants from Sentinel Services while Hellfire plans something vague but evil.

So, essentially, the show is right back where it was at the end of the last season. It sucks because I want to like this show, I want to give it a fair shake and have it reveal and grand storyline that will justify continuing to watch it. Sadly, despite flashes of brilliance (like an episode in first season focusing on Blink's quest to find her adopted parents), I just don't think the show has anything epic or glorious planned. It's just not in the show's DNA to be that big, and by now the show has already proven that it's idea of "small, personal stories" is really a bunch of mutants sitting around in a warehouse.

Maybe the show can get good. Maybe we can get more time with the characters that actually work and the show will improve over the course of it's second season. Considering how bad it's ratings are (comparable to the season premiere of Lethal Weapon), I'd be surprised if it lives long enough to get that chance. Maybe if it's canceled Fox can take Blink and Thunderbird and do an Exiles series with them. The rest of the crew I could live without, but these two deserve their own, far better show.