When, Really, the Show is Anything But

To be frank, the Fox X-MenLaunched in 1963 and written by Stan Lee and Jack Kirby, the X-Men featured heroes distinctly different from those featured in the pages of DC Comics. Mutants who didn't ask for their powers (and very often didn't want them), these heroes, who constantly fought against humans who didn't want "muties" around, served as metaphors for oppression and racism. Their powerful stories would form this group into one of the most recognizable superhero teams in comics (and a successful series of movies as well). series is dead. As essentially everyone already knows, Disney bought 20th Century Fox and all it's properties (which, yes, means that the Xenomorph is now a Disney Princess). They now have the rights to the X-Men films back in-house so any X-movies that come out after Dark Phoenix and New Mutants will likely be part of the Marvel Cinematic UniverseWhen it first began in 2008 with a little film called Iron Man no one suspected the empire that would follow. Superhero movies in the past, especially those not featuring either Batman or Superman, were usually terrible. And yet, Iron Man would lead to a long series of successful films, launching the most successful cinema brand in history: the Marvel Cinematic Universe. and, thus, in a different continuity. All the old Fox X-Men projects will be wiped away (except for Deadpool's adventures, and he's the only one that can get away with that kind of thing), and that means the X-Men-related TV shows are also dead in the water as well. 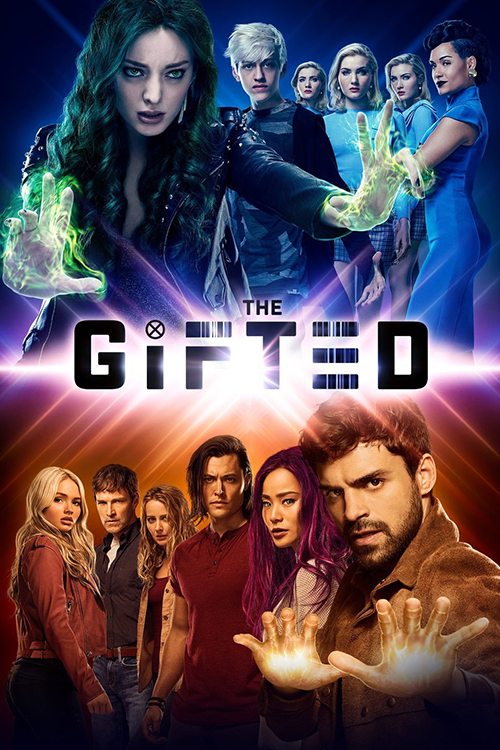 That's not a big deal for Legion as that show was already planning to wrap up after it's third season (which airs later this year). All that will be left behind is The Gifted, which just finished up its second season. That show is still, apparently, preparing for further adventures of its mutants as it just ended on a bit of a cliffhanger, but should we really expect those to ever happen? The show's ratings aren't all that great with most tracking sites (like TV By the Numbers) giving it long odds for renewal. And that's a big issue: the show still hasn't been renewed and it's already wrapped up its season. While it's still possible it could get a late pickup, the writing is likely on the wall for this show.

Honestly, I'm kind of relieved. The first season of the show was pretty dire and I honestly had problems getting through the first half of the season season (I let it build up in my Hulu queue for a while before pushing through one Saturday). There were a number of issues the show needed fix after its freshman season, but instead of course-correcting, the show seemingly doubled down on all the issues with the show. Anyone that didn't already like the show (which wasn't a lot of people by any stretch) certainly wouldn't find anything new to enjoy about the show.

The single biggest issue with the show continued to be it's core premise. The show kicked off its first season focusing on the Strucker family -- father Reed (Stephen Moyer), mother Caitlin (Amy Acker), daughter Lauren Strucker (Natalie Alyn Lind), and son Andy Strucker (Percy Hynes White) -- and, my god, were the Struckers ever boring. There were a lot of interesting characters in the show, like Marcos Diaz / Eclipse (Sean Teale) and Lorna Dane / Polaris (Emma Dumont), John Proudstar / Thunderbird (Blair Redford) and Clarice Fong / Blink (Jamie Chung), the leaders of the Mutant Underground (successors to the mission of the X-Men). Instead of focusing on these characters, though, the show consistently gave time to the leaden and uninteresting Struckers as if we needed them to be our entry into the world of the X-Men.

The simple fact is that we didn't need the Struckers (and their tedious family drama) to act as our gateway into the world of mutants. If someone someone hadn't seen any of the X-Men movies, they still had Blink to act as an entry point. As introduced on the show, she was a new face in the mutant underground, someone who needed to learn the ropes and could lend a helping hand. As a bonus, Chung did a fantastic job as Blink, making the character fresh and interesting. The show could have very easily ditched the Struckers and kept the focus on Blink as she worked with Eclipse, Polaris, and Thunderbird. That would have been an interesting show. 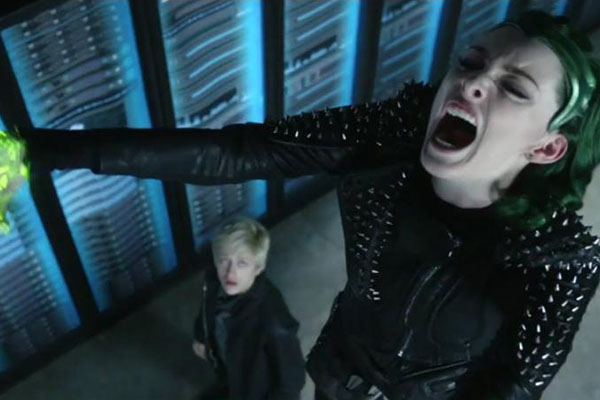 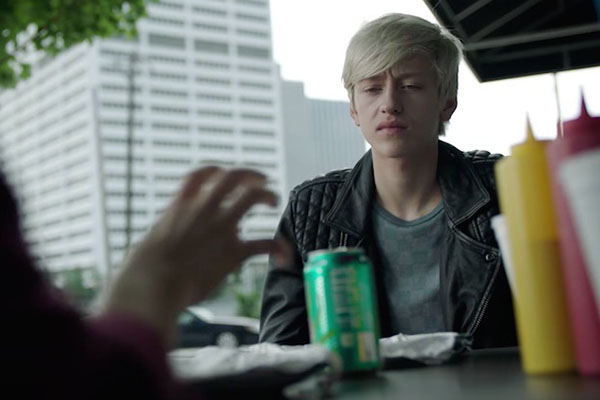 But even in second season the Struckers still take center stage, and that's a major issue because the show still didn't know how to write them to be at all interesting. In fact, the more they got involved in the main plot lines of the show the less interesting those stories became. Andy went off with the Inner Circle, an off-shoot group of mutants looking to cause humanity to give the mutants their own homeland and leave them in peace afterwards (essentially creating Magneto's mutant island, Genosha, although that island was later destroyed by humans in the comics, so maybe this wasn't such a great idea). I liked the idea of mutants having to fight mutants, but every time Andy came on screen all the energy was sucked from it. Because Polaris went off with this group as well we already had someone we cared about involved in the story; Andy wasn't needed and, if anything, just held it back.

And then there's the Mutant Underground which, due to the events of the previous season, is essentially 50/50 Strucker family now. The only interesting member of the family is Caitlin and that's because Amy Acker is a fantastic actress; the material she was given was crap but Acker could sell it. Most of her plot lines, though, were in service to Reed and Lauren and both of those characters sucked. Their actors were awful and the characters weren't any better. I really, really hate the Struckers.

In fact, the only plot line that was ever interesting in the second season involved Blink. About halfway in she leaves the Mutant Underground to work with the Morlocks, a group of mutants who hide underground and just try to stay out of the problems of the rest of the world. This section was all about Blink learning about this new group and, eventually, joining them, and the only time a Strucker was involved was when Acker's Caitlin went down into the sewers to aid the group. It was interesting, and fresh, and everything the main show wasn't.

That's not to say the show didn't have a lot of great ideas. It did, but it just couldn't do anything with them. The Inner Circle never really felt like a threat (despite what the show wanted), and then when a group of white supremacists (called, I think the Purifiers) got involved and they weren't much better. All of this is because the show didn't have the budget (and/or the people behind the camera didn't have the skill) to produce the kinds of set-pieces needed to sell the action. Everything felt small and insular and none of it had the weight needed to sell the action. It's hard to be afraid of the bad guys when nothing they do can look all that scary. 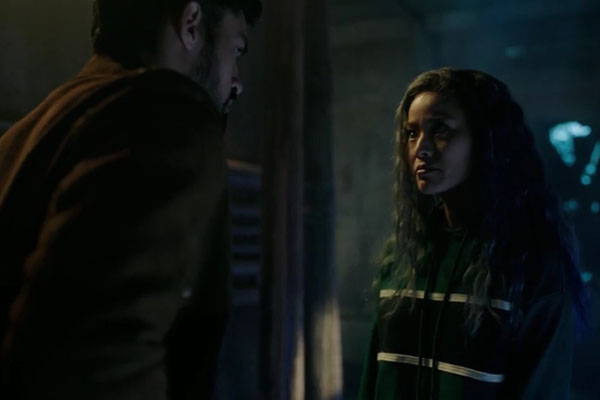 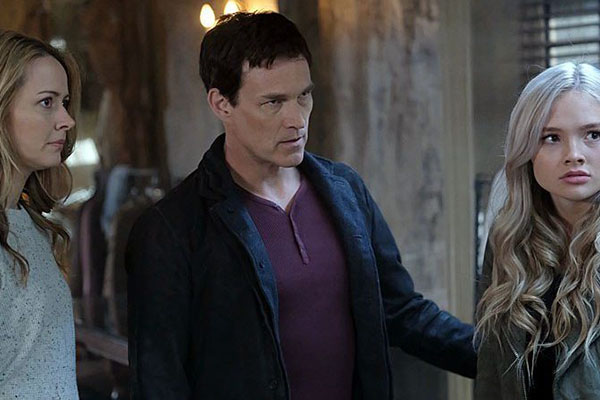 The show does have a half-way interesting cliffhanger (that I won't spoil just in case you're still somehow interested in this show and haven't watched it yet), but I will note that even that possible direction for the show still doesn't give me hope. No matter where the show goes, or what it does, it's still The Gifted. Until it can figure out what it really wants to be (and has the money and talent to pull it off) it will always be a pale shadow of a bigger, better X-Men series.

If it does somehow come back it's really going to have to improve for me to be able to keep watching it. Something tells me it'll just build up in my Hulu queue once again until I get truly bored.

It should surprise no one (considering the tone of the above article, and many similar reviews online from other sources) that The Gifted was finally put out to pasture in mid-April, 2019. The show had its moments, but between terminally bad ratings and the fact that Disney had just bought Fox and had their own plans for the X-Men universe, this show was not long for this world. It's just surprising it took Fox this long to cancel the show.

The upside is that I won't have to watch another midling season of this series (and I'm sure other reviewers are also breathing a sigh of relief there). The downside is that this does leave the show with some unresolved plot lines, such as the reappearance of Blink at the end of the season (after she had apparently died a few episodes earlier). This Blink looked different and was going on about future troubles for the team, so it's possible the show was either gearing up for a time-traveling story set in an Age of Apocalypse time line, or that this was a different Blink from another universe and the show was going to do a riff on Exiles. While I (and many others) would love to eventually see an adaptation of Exiles brought to the big (or little) screen, I'm honestly happy we won't have to watch a version of it in The Gifted.

That said, I know some people did honestly enjoy this show. If you were one of those fans, this news probably comes as a blow. The Fox X-Men universe is dying, with this series now over, Legion coming to an end with its third season, and the movie 'verse tying up this summer. We only have a few more months now before one of the longest running superhero cinematic universes completely shuts down, so I think we should all take a moment and remember all the good times we've had.