We Can Rebuild Them, Make Them Stronger

It boggles my mind, honestly, that the animated Resident EvilFirst released a Biohazard, the Resident Evil games, and eventually movies (awkwardly and clumsily) tell the stories of a world ravaged by zombies and the greedy corporate, Umbrella, seeking to profit from the mess. films managed to rate a third iteration in the series. So far I've despised both of the previous films, Degeneration and Damnation, finding them to be empty and vapid wastes of digital film. It's probable that they were labors of love for the people working on them, showcasing "good" CGI from Capcom at the team each of these films was made, but story wise, these movies are as bad as the stories from the original Resident Evil games all the way back on the PSOne. 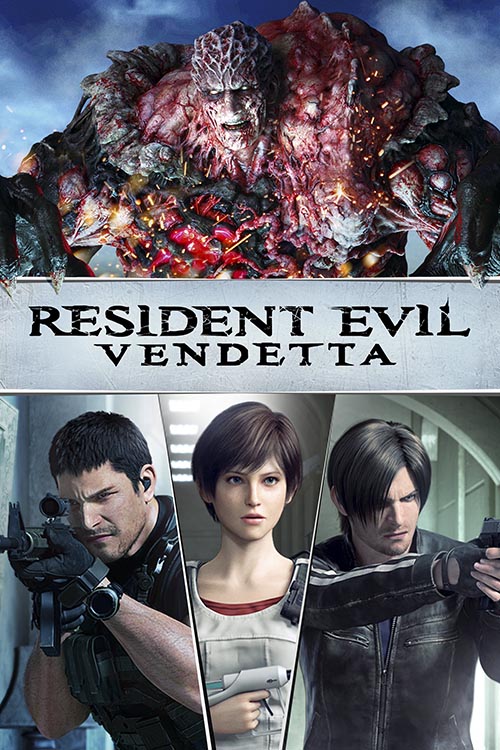 Defenders of these films fall back on the fact that the writing in the first couple of games was terrible, like they were parodies of bad horror films. And that might have worked back in the day, when the graphics were cruddy and the horror genre was still settling in on game consoles. But now, after seven main-line entries (plus Code Veronica and Zero), along with countless side entries in the series, it really shouldn't be too much to expect from the series that it some manages to produce decent and engaging stories, especially when its doing on via actual movies. You've come back around on the genre, Capcom, actually making films now in this series. Now you actually have to try.

This film has the best story of the set, such as it is. We join new character Rebecca Chambers (Erin Cahill) as she's working in her lab on a cure for the T-Virus (and A-Virus, and all the other alphabet entries that have come up since). She seems close to a breakthrough, but then a mysterious gas fills the lab and it slowly starts turning everyone in the zombies. Everyone, that is, except for Rebecca who, as a survivor of the original outbreak at Raccoon City, was prepared and immunized against the virus. She survives, and helps in the cleanup and analysis of the outbreak, aiding returning hero Chris Redfield (Kevin Dorman) on the scene.

They quickly realize that everything going on traces back to a mad scientist, Glenn Arias (John DeMita), who has made superior, and controllable, zombies (well, Biological Organic Weapons, but call them what you will). Arias has a plan to unleash his trained horde on a larger scale, and Redfield and Rebecca, joined by Leon S. Kennedy (Matthew Mercer), will have to band together to stop the potential outbreak and ruin Arias's plans, once and for all.

I had any number of issues with this film, but the biggest issue I had, by far, as the fact that this film is just straight up boring. As with the previous two films, things just seem to happen, with the characters following a simple and linear path through the adventure with little mystery and twists in the plot. They see a bad guy, they chase the bad guy, the figure out where the bad guy went, and eventually the take the bad guy on at his base. That's it. Whatever else happens in there, and it's very little on top, adds minimal shading to the whole story. It's very tedious. 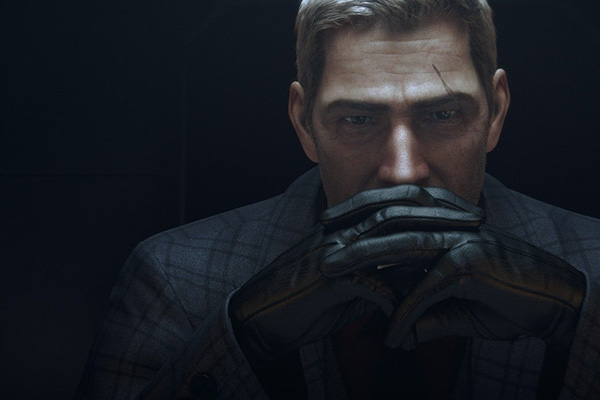 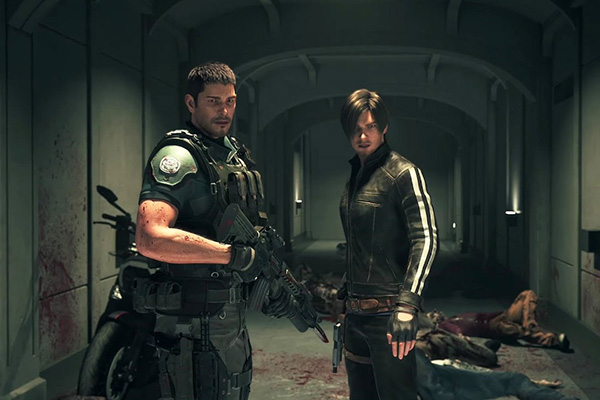 One of the few things that do work is the the villain, Arias. The film doesn't provide a lot of detail on him, outside and opening sequence were we see some military or another drop a bomb on his wedding to try and take him out (since he's a bad guy, making bad zombies). He's out for revenge (thus the "Vendetta" in the title), and by the end of it he becomes a full-tile, scenery-chewing mad man. It was great, with him adding a proper villainous turn to this film, one of the few villains that both totally understandable and absolutely insane, just what the series needed.

He certainly stands in contrast to Leon, Chris, and Rebecca, none of whom have any kind of character or character development. On the former, I have to assume the reason is because Capcom assumes we already know who Chris and Leon are based on the video games. We're supposed to be familiar with them already having played through their adventures so we already know their history, already have affection for them, and just want to spend another couple of hours with the heroes. But the movie doesn't carry any of that, it doesn't provide any background or shading for these guys. After watching three of these, all of which as supposed to be connected in the series (as well as to the video games), I still don't know anything about them or why I should care about them at all.

Worse, because they're tied up in the continuity of the video games, we don't see any further character growth for these three heroes either. That's because, clearly, they have to start and end where at a point that connects into the larger series. If they make too much character progression here they won't sync up with their characters over in the games. It protects them with plot armor, because clearly they can't die before they show up in their next video game, and it keeps them emotionally stunted and stuck in the middle of their heroes journey.

What this leaves us with is zombie action and gore, and the animation itself. These are the only actual pleasure we get to have in the film, and they really still aren't that great. The action is still a little too choppy, a little too silly, to feel like it has any weight or reality. Meanwhile, though the animation is better here than it was in the previous films, it's still not that great. These characters feel like players in an animated cut-scene, something done in-engine for one of the games. They're stilted, they're a little choppy, and while they look good when they aren't movie, the uncanny valley is ever present. It just doesn't work. 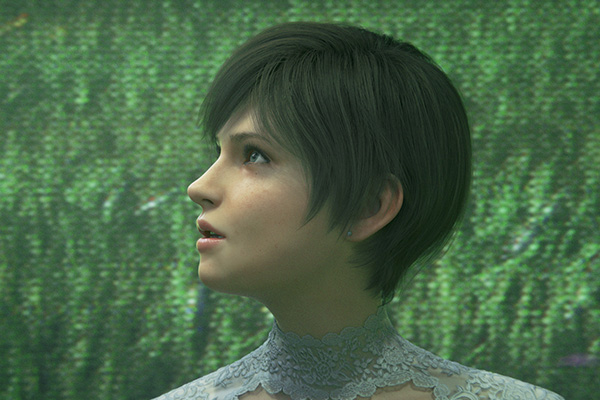 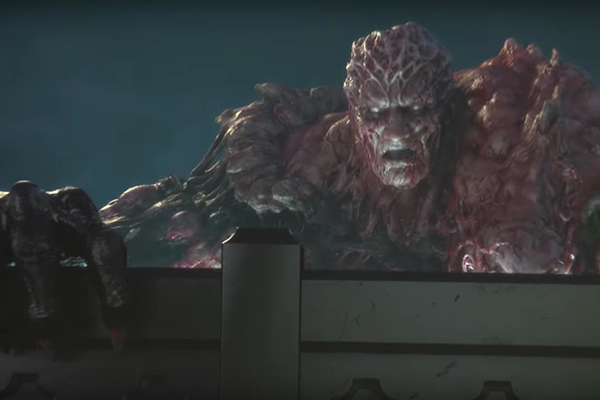 When I first started watching the animated trilogy I accidentally started with this third one, Vendetta. In my defense, Sony (who distributed these films) put the discs in backwards order in the collection (and lists them in backwards order on the back of the box). I got halfway into the film, utterly confused who these characters were and why I should care. Once I figured out what happened, I stopped, went back, and watched the films in the proper order. Trick was, these films are barely connected and trying to watch them in "proper" order didn't matter. None of the films really explain these people or why they matter. It's terrible.

Maybe, somehow, these films are good for fans of the series. Maybe the hardcore people care. All I know is that as a filthy casual who watches Resident Evil for the horror cinema aspects was utterly and completely bored by these films. If you like horror movies, skip these. Just about anything is better than these animated adventures in the series.