I get the feeling, two movies into this animated film series, that Capcom doesn't really understand how to tell deep and satisfying stories. Yes, the company made a name for itself with its classic titles, the Mega ManIn 1987, Capcom released Mega Man on the NES, a game featuring a blue robot that fought other robots and took their powers (so that he could then fight other robots with those powers, and on, and on). The series went on to release over 50 games in 30 years and become one of the most famous gaming franchises in the world. adventures and the Street Fighter brawlers, but do any of those games have engaging stories? They're built on interesting mechanics and stories that feel more rote and slapped on. We didn't play the games for stories, we played them for the core adventure. 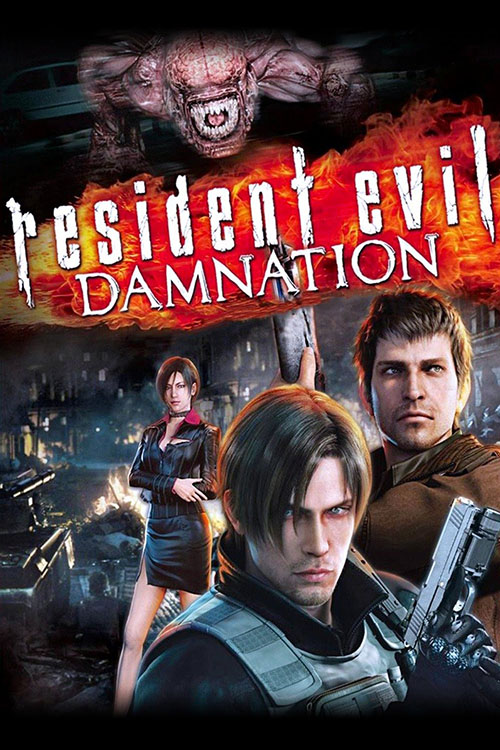 I sat through all of the live-action Resident EvilFirst released a Biohazard, the Resident Evil games, and eventually movies (awkwardly and clumsily) tell the stories of a world ravaged by zombies and the greedy corporate, Umbrella, seeking to profit from the mess. films and lamented their terrible stories and bad acting, all of which was overseen by Hollywood writer/director Paul W.S. Anderson. I know fans of the game lamented the live-action movies, decrying their lack of connection to the video games, and I was willing to accept that at face value. But now, having watched two (of the three) animated films in the series that are ostensibly connected to the actual game, overseen by Capcom so they are proper entries in the whole franchise, I have to admit that these films are, somehow, even worse than their live-action brethren. I really don't think Capcom has a clue when it comes to writing actual stories.

Admittedly I don't know a lot about the later entries in the Resident Evil game series, having only played through the first two titles, neither of which were Shakespeare (and not just because the Bard wasn't known for his video game adaptations). Even the fans will admit that acting and stories from the early games are bad. Purposefully bad, mind you, in a grindhouse kind of way, but bad all the same. And that aesthetic can work in a video game format. Hell, as a parody of bad movies it can even work on screen. But these animated adventures aren't going for that vibe, rather being stories played-straight without any fun or humor in the works. For them the bad story is simply bad, nonsensical without any kind of hook or reason to pay attention. Yes, this second film, Damnation is a slight improvement over the first film, but is that really a good bar to judge from, especially when the resulting film is still nigh unwatchable?

In the movie we're dropped into the Eastern Slav Republic, a state that splintered from the USSR after the communist republic fell. Now, decades later, the ESR is battling its own separatist group, people unhappy with the current administration of President Svetlana Belikova (voiced in English by Wendee Lee, mo-capped by Melinda Lee) and her regressive, awful policies. SO they've launched a bit of a civil war, and in retaliation the President has sent out bio-weapons: T-Virus zombies with enhanced infection vectors and a weird hive-mind collective.

Into this war drops Leon S. Kennedy (voiced by Matthew Mercer, mo-capped by Kevin Dorman). He's there to find out all about these new zombies and see if there's a way to stop them. In the process he bumps up against the separatists, led by Sasha (Dave Wittenberg / David Earnest) and JD (Val Tasso), and their own plans to stop the current administration, as well as fellow secret agent Ada Wong (Courtenay Taylor / Jolene Andersen). And it all culminates as the evil administration unleashes every T-Virus bio-weapon they've developed to take control of their country with an iron fist. 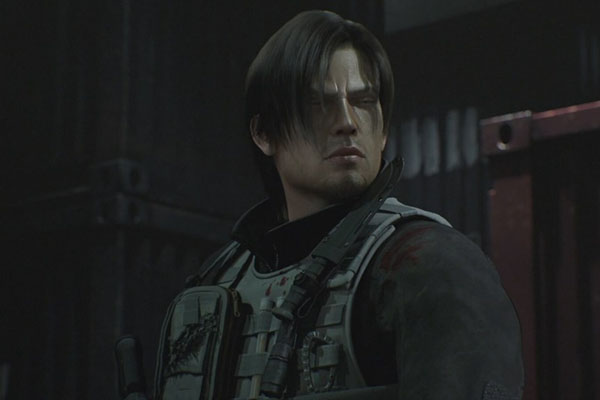 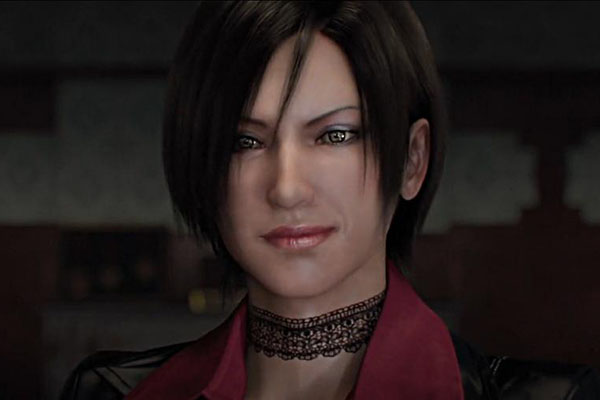 First and foremost, I never got a handle on what the administration was planning and what their goals were. Belikova was already in control of the country and, frankly, seemed like she ruled it with an iron fist. Why she needed these bio-weapons was never made clear; was her goal to take over other countries or simply to beat down her own people? Were the zombies actually under her control, like it seemed in the end, or was in an x-factor that just happened to play out in the country. It seemed like she unleashed them and was using this zombie outbreak as a way to gather more power... but was already basically an absolutely dictator, so... why?

Meanwhile, the separatists never amount to much of anything. Belikova talks about them like they're some large group of guys that threaten her control over the country, but all we ever see are four dudes running around with guns and flak jackets. That's not a civilian army, that's a weekend paintball group. How are they supposed to take on an evil administration with that level of fire power? She has massive mutant zombies and control over a bunch of hive-zombies and lickers. They've got scrappy pluck and three rifles between them. The odds aren't in their favor.

And then there's Leon who ends up here... why? If his organization (which I'm assuming is the zombie hunting STARS) knows there are zombies here and that they need to be eliminated, why not just drop a bomb on the capital city? They did that in Raccoon City so clearly that's not outside their capabilities. Why send in one agent (or, if we're being kind and include independent contractor Ada Wong, two agents) when what you need is an army and a lot of bombs). How on Earth is Leon going to be enough in this situation?

Frankly none of the story makes any sense. It's just a collection of bad character beats strung together between zombie action, most of which is tedious and stupid. The action here is at least better than it was in the first film in this series if by grace of the fact is actually well directed and better animated. It relies a little too heavily on slow-mo and bullet time, as if this film was influenced by Paul W.S. Anderson's works, but it's at least watchable enough and now eye-searingly bad. It's still not really engaging, especially in the overstuffed yet underwhelming climax (which sees Leon take on the aforementioned giant zombie soldiers), but tis could have been much more (damning with faint praise, I know). 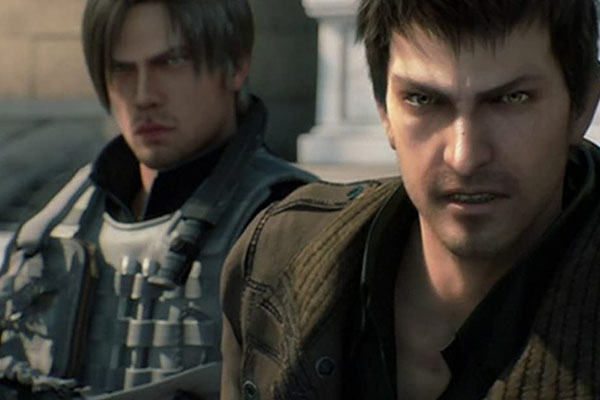 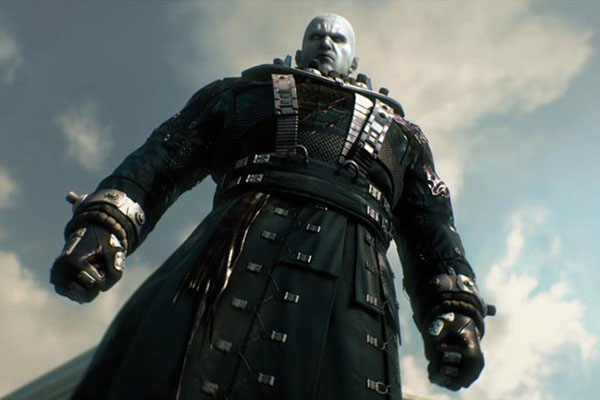 The best action sequences, amusingly, are the one-on-one, hand-to-hand duels between Belikova and Ada and then Belikova and Leon. These are tight and well directed affairs, engaging and fast paced. Weirdly they don't feel like Resident Evil moments; instead, it seems like we've been sucked into an alternate Street Fighter sequence, with all the high kicks, low punches, and special moves this entails. They're great but they're out of place and don't make much sense in the context of the film.

But then nothing in this movie makes sense. It's a giant mess of an animated film, designed to sell DVDs and splatter blood, but any sense of good storytelling, decent action, or most of all fun is thrown right out the window. Capcom can make great games but I just don't think they can tell great stories. Maybe they should stick to the former and avoid the latter. We'll see if that opinion holds up when we make it through the third and final of these films, Vendetta.