Out in the Sands, Where the Dead May Roam

We the second film in the Resident Evil series, Apocalypse, came out, I pretty well hated it. Somehow, in my mind, it didn't live up to the standards of the first film and ruined the good name of the series. Of course, going back and watching the films recently, I do realize that the first film really isn't that great -- it has it's moments but, over all really isn't that good of a zombie flick. That said, the second film is still awful, and no amount of reevaluating the original film will change that. 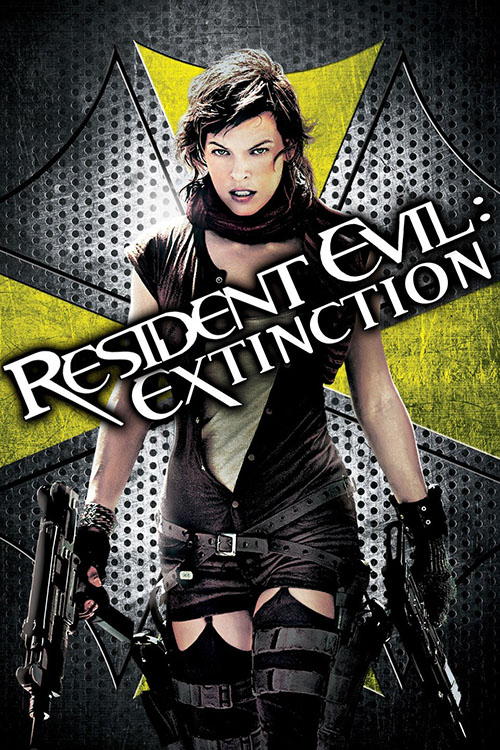 The question, then, going into the third film in the series, Resident Evil: Extinction, was whether the series would be able to right its course or if it would crank out yet another pointless, do-nothing sequel that managed to waste another 90 minutes without saying anything. Interestingly the film series does the impossible, in a way: it managed to both right the ship and yet also produce a sequel that still doesn't manage to do much or say anything. Quite the feat, really.

It's been five years since the T-Virus as released in Raccoon City and managed to escape out into the rest of the world, and all of human civilization is basically screwed. Not only has humanity been largely taken over by the dead, but even the flora and fauna has been wiped out, with the world becoming a dead, desert planet. Those few survivors that still exist -- including Ali Larter's as Claire Redfield (from the game series) along with Oded Fehr's Carlos Oliveira and Mike Epps's Lloyd Jefferson "L.J." Wade (both from the second movie) -- travel the world in armored convoys, scraping towns and cities for food and gas while simply trying to stay alive.

Also roaming the wastes is Alice (Milla Jovovich), the security guard-turned-Umbrella Corp. experiment. After escaping the facility at Detroit (or, more accurately, being released so she could be remotely observed), Alice has done everything she can to stay off the grid and avoid Umbrella detection. A chance encounter with Redfield's group of survivors, though, puts her back in the path of Umbrella's head scientist, Dr. Alexander Isaacs (Iain Glen). Isaacs has been experimented on the dead, trying to "domesticate" them, or at least turn them into more powerful zombie soldiers, and he really wants to recapture Alice so he can experiment on her further. He's been trying to clone her but the results haven't been as good as the original. Alice is going to have to take the fight to Isaacs if she wants to save herself, and all the survivors, from the clutches of Umbrella.

In some ways this film does improve over Apocalypse. It has a more likable cast of characters, with the charismatic Larter adding some much needed pathos and emotion. This group, paired up with Alice, makes for a solid team that you want to root for, maybe even more so than the team from the original film. Certainly the film manages to give each of the survivors a role and a bit of character so that, as they die, one after another (as people do in zombie films) you actually care about their deaths. 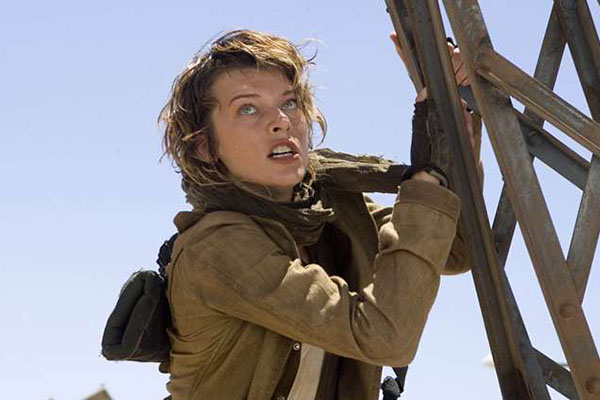 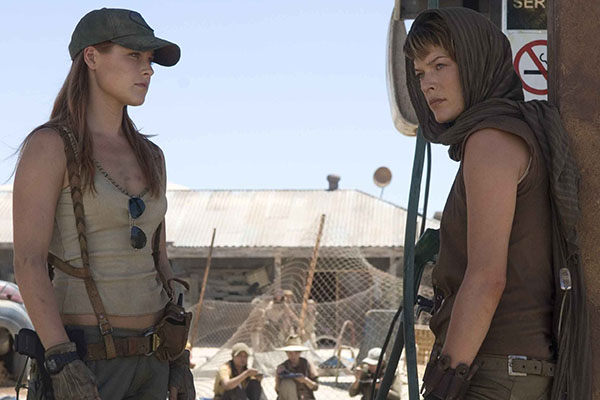 The special effects in the film are also better. There was far too much CGI in the second film, with very few zombie attacks going by without CGI enhancement. This film relies more on practical effects, with plenty of zombie (and zombie dog) action done with proper, splattertastic physical gore. Not all the sequences are able to pull this off (like an early undead bird attacks that looks more silly than scary due to the CGI), but considering how much these films rely on CGI I was glad to see any practical effects in use at all.

At the same time, though, this film (as with the second movie) lacks any kind of substantial story. Hell, it takes over an hour (in a ninety minute film) for the movie to put Alice and the rest of the survivors together and give them a goal to reach: a potential zombie-free colony in Alaska. This becomes the goal of the film, to reach Alaska, but it comes in the last act after a whole lot of the characters aimlessly wandering and fighting zombies. A little more direction in the plot, and a little less time spent setting up the whole world, would have helped the movie zip along and feel like it had real direction.

Frankly, the world established in Extinction does make much sense. Clearly the producers were going for a Mad MaxStarted with a single 1970s Australian exploitation flick (a popular genre in the country at the time), the Mad Max series went on to spawn three sequels, an entire genre, style, and what many consider the greatest action film of all time, Fury Road. Not bad from a little low-budget film about cars smashing each other after the fall of society. vibe with this film, with its desert wasteland aesthetic and roving bands of survivors. But to get there the film has to gloss over five years of story, including the fact that somehow a virus managed to wipe out all life on the planet and dried up all the water. Now, if we accept that the cataclysmic destruction of all fauna would have caused the entire world's ecosystems to deteriorate, it's possible for an extinction event like this to happen over decades, but it's doubtful all life would have died, plants and animals, in just five years (hell, for perspective, there were clumps of dinosaurs still living a million years after the asteroid impact that basically wiped out their animal kingdom clade).

Besides, you're going to tell me that there weren't interesting stories to tell out in the world as everything, flora and fauna along with the humans, slowly died off? The reboot series of Planet of the ApesAlthough originally started with the 1963 novel, La Planete des singes, it's fair to say that the Apes franchise truly began with the 1968 film that kick started the original Fox film series and has helped tto keep these intelligent primates in the public conciousness for years. managed to mine a lot of drama out of watching humanity slowly fall apart. You're going to tell me that this era of human civilization, the end of days, wouldn't have made for at least one good movie before we moved on the Mad Max style shenanigans? I just don't buy that. 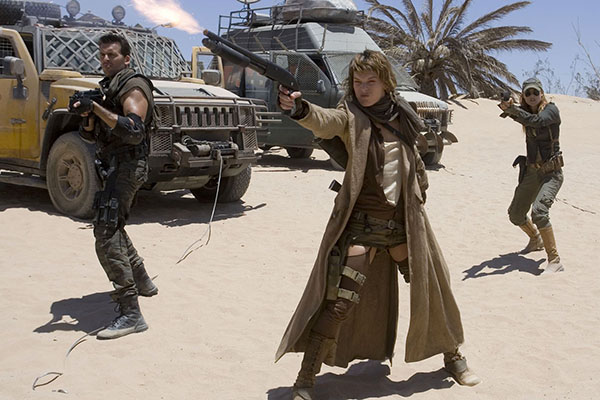 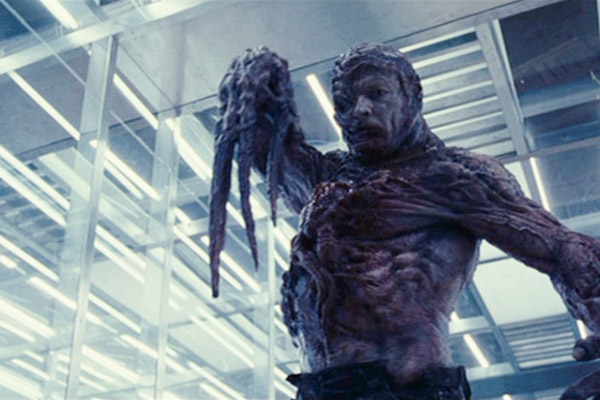 The film does itself a disservice jumping ahead to the aftermath (but not the Afterlife, which was the next film) by skipping all the potentially great story. Instead it leaps fives years ahead and then has to spend a goodly chunk of the movie essentially establishing the era anyway. That drags down the front half of the film and the back half is never able to recover. There are great ideas in the opening of the film (and the climax that pairs up), watching the clone-Alice experiments, but the film doesn't have enough time and energy to devote to this due to the wonky setup of the film.

I didn't hate Resident Evil: Extinction, not as much as I expected after the truly terrible Apocalypse, but it didn't also make me a believer once more. There are good moments in the film buried under a lot of fluff and table-setting. A better, more focused film could have taken those elements and crafted them into something actually pretty good. Instead we just get a film that's okay, slightly better than mediocre but not by much.