What's Missing is the Fun

For fans of the Super Mario SeriesHe's the world's most famous plumber and the biggest face in Nintendo's stable, a character so ubiquitous you already knew we were talking about Mario even before we said his name. the portly Italian Stallion had one true game of the 16-bit era. That isn't to downplay Yoshi's Island: Super Mario World 2, but that game is really a Yoshi game, not a Mario game, despite the appearance of a baby version of our main hero in a sidekick role. Super Mario World was the one true entry on the SNES and it was a glorious evolution of the Mario form. 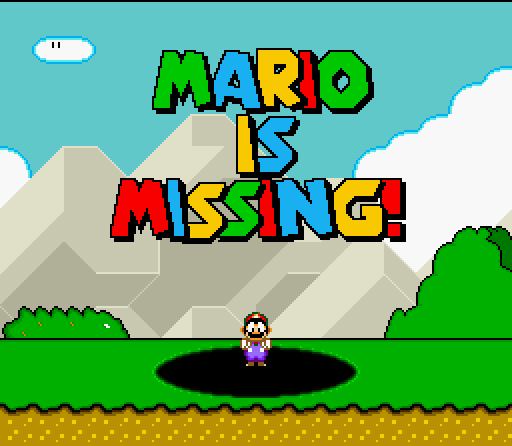 Less glorious: Mario's edutainment output of the era. Now, in fairness, that's because NintendoSince 1983 (with the release of the Famicom gaming system in Japan), Nintendo has proven to be a gaming company dedicated to finding what gamers want, even when the gamers don't know it themselves. From dual-screen systems, to motion controls, to convertible home console/portable consoles, Nintendo regularly proves that the weirdest innovation is exactly what the gaming community needs. didn't have a direct hand in the development of these educational games, instead farming development out to other studios. That's how we had Mario is Missing! developed and published by The Software Toolworks not just for the SNES, although that's where a lot of gamers saw this title, but also the NES and MS-DOS. And it is just as bad as you'd expect a non-Nintendo Mario game to be. Even worse than Hotel Mario, and that game didn't exactly set a high bar.

In Mario is Missing! Mario is, in fact, missing. Disappearing right in front of his brother Luigi, as well as Yoshi, in front of Bowser's castle, the portly plumber vanishes into the basement of the castle. That leaves it up to Luigi and Yoshi to venture into the fortress and figure out just what the Plumber in Red happened to go. But the castle isn't setup like a normal castle; the doorways don't lead to other rooms but, instead, entire cities spread across the globe.

What cities you ask? Well, that's up to Luigi to figure out. Venturing along the streets, Luigi has to talk to the various citizens to discover details about where he is. That allows him to call for Yoshi, using the Globulator, to summon the dinosaur and call him to the city. But in the process Luigi also has to find, and stomp, specific koopas around the city and collect the artifacts they may be carrying. These have to be returned to the museums they were stolen from all to save the history of the city and set things right. Do all that and Luigi is allowed to leave, venturing back to the castle to explore the next city and do it all again.

Mario is Missing! is, in a word, tedious. Luigi really only has one set of tasks to perform and he does that every time. Go to a city, figure out where you are, collect the three treasures (which could vary from three to five in the DOS version), return them, call Yoshi, and then go home. You do this about fifteen times before finally facing Bowser and ending your misery. Frankly, for Luigi's first starring role since Luigi's Hammer Toss on the old Nintendo Game Watch, one could have hoped for a lot more. 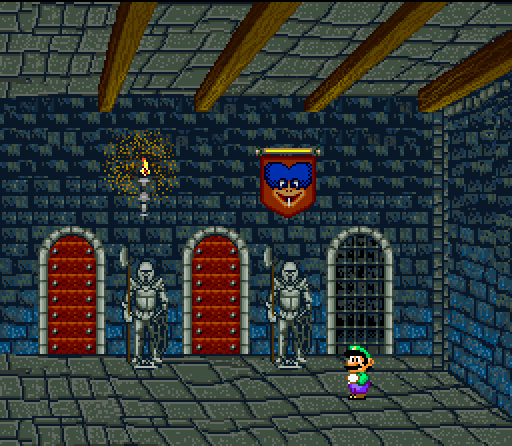 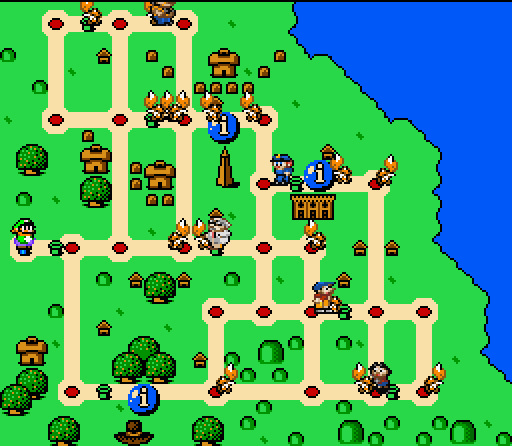 It's pretty easy to see what The Software Toolworks was going for with this game: Where in the World is Carmen Sandiego? just under a different license. It's really not at all creative about it either. Agents had to go to a city and find three items to catch the bad guy in that Broderbund classic, and Luigi more or less does the same things here. Travel, solve clues, rinse and repeat. If there was some variety to the game that could have helped some, but it's just fifteen cities of the same exploration.

In fairness, you do get to jump and stomp koopas, but this isn't even all that satisfying. If you don't jump them they don't do anything except walk past you. There isn't any way to die (as this was meant for little kids) and the enemies in this game, koopas and bosses alike, are pathetic. Your jump mechanics are floaty and weird, but you can adjust to them quick, leaving you with attacks that don't require any thought in a game that spells all its clues out for you right before you have to solve the "mystery". It's so boring.

It's also not that attractive. Some assets are just reused from Super Mario World. Others are custom sprites done at their most basic. Everything is repeated over and over again until everything loses any sense of place or purpose. You float through unending streets that look the same, lost in a haze of need and hunger, looking for an exit from this existential nightmare that will never come. You are Mario. You are missing. Your waking nightmare is real.

Also, the game sounds like shit. I mean, that's being harsh as the actually tuns pumped out by the SNES aren't bad. It's just that every city uses the same Super Mario World track rearranged in a slightly different way. The variations are nice, but when you're spending ten minutes a city exploring around trying to get everything, listening to the same forty second clip over and over again on loop, you come to hate the music in this game. If heads could explode, like in Scanners, this game would cause it. 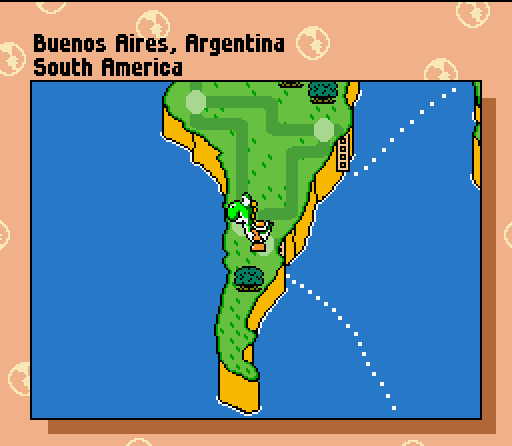 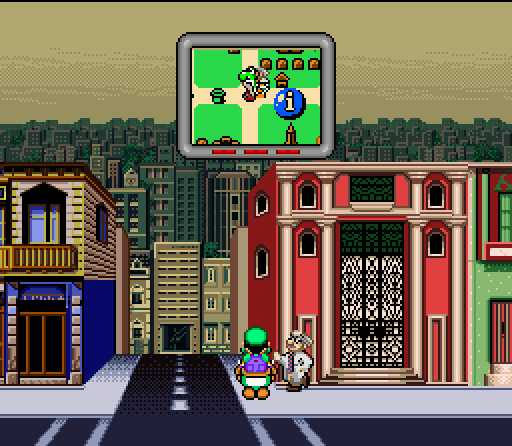 I really have to wonder just how many kids would have gotten anything out of this title. Each city would take them a while to get through, especially if they're small and young (and, thus, dumb). They could save their progress via a password system but that would require them wanting to come back and do more of this after one session. Sure, the clues are easy enough to solve so little kids might just enjoy being able to win this game... but are we really winning with Mario is Missing!? I have my doubts.

This is a poorly made, sparsely populated, tediously simple game that, I doubt, would have entertained anyone in the target age group. For anyone older than, say, five, this game was more disappointment than thrilling caper. Much more. In the end, maybe it's better to let Mario stay lost.