One Guest, Checking Out

As we've noted elsewhere, NintendoSince 1983 (with the release of the Famicom gaming system in Japan), Nintendo has proven to be a gaming company dedicated to finding what gamers want, even when the gamers don't know it themselves. From dual-screen systems, to motion controls, to convertible home console/portable consoles, Nintendo regularly proves that the weirdest innovation is exactly what the gaming community needs. made one massive, critical error in the Super Nintendo era, essentially creating their own biggest competitor, the PlayStation. Big N wanted to make a CD peripheral for the SNES, they tapped in Sony to make the hardware, and then somewhere in the process Nintendo got cold feet and shut Sony out, going to Philips instead. Sony went and made their own CD-based console and Philips... well, basically made nothing of value for Nintendo. 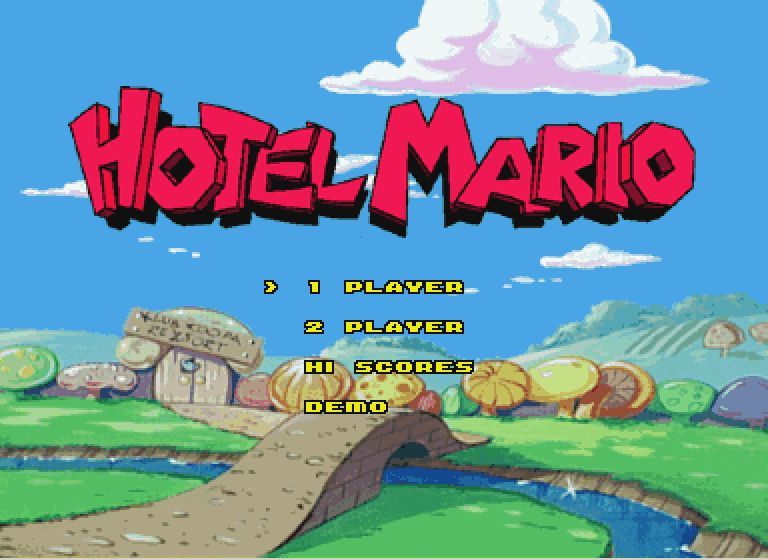 In the process of all of these shenanigans, though, Philips got the right to make a series of licensed games for their own console, the Philips CDi, that features characters from the Super Mario SeriesHe's the world's most famous plumber and the biggest face in Nintendo's stable, a character so ubiquitous you already knew we were talking about Mario even before we said his name. and Legend of ZeldaCreated by Nintendo in 1986, the original Legend of Zelda game presented players with a open world to explore, packed with dungeons and monsters all ready to kill them at a moment's notice. The mix of adventure and action game play created a winning game and launched not only a successful series but an entirely new video game genre.. Nintendo doesn't consider these titles to be official games, but they do exist and they are, by and large, exceedingly terrible. The CDi was not a good console, under-powered and unable to really perform. Most of the games came out to be true abominations.

One game that wasn't as bad as the rest was Hotel Mario. Developed by Philips Fantasy Factory and released on the CDi, this game doesn't really try to mirror the style of contemporary Mario games, like Super Mario World and Super Mario All-Stars. Instead it's a puzzle-platformer more akin to Wrecking Crew, a game no one expected would inspire a sequel. But then Wrecking Crew '98 also exists despite fan indifference to the original game.

In Hotel Mario, Mario and Luigi arrive at the Mushroom Kingdom to find that Bowser has constructed a series of hotels, one of which he has the kidnapped Princess Peach within. The brothers Mario have to go from hotel to hotel, taking on the foes within and clearing each and every floor, all before fighting a Koopaling and moving on the next hotel. Blast through all of them and you get to take on Bowser, save the Princess, and bring these cursed rental properties crumbling down, striking a blow for the Mushroom Kingdom (and homeownership I guess).

The game consists of seven hotels (seven worlds, in effect) each with a number of stages leading to the boss fights. Each stage is comprised of a set of floors connected by elevators. Mario (and Luigi if you play this two-player) can traverse the floors, opening and closing doors, hiding in doorways, fighting enemies, and working to clear the stage. To do so the brothers have to close all the doors and, once closed, any enemies they didn't already kill will be eliminated, letting the brothers move on to the next floor of the hotel to do it all again. 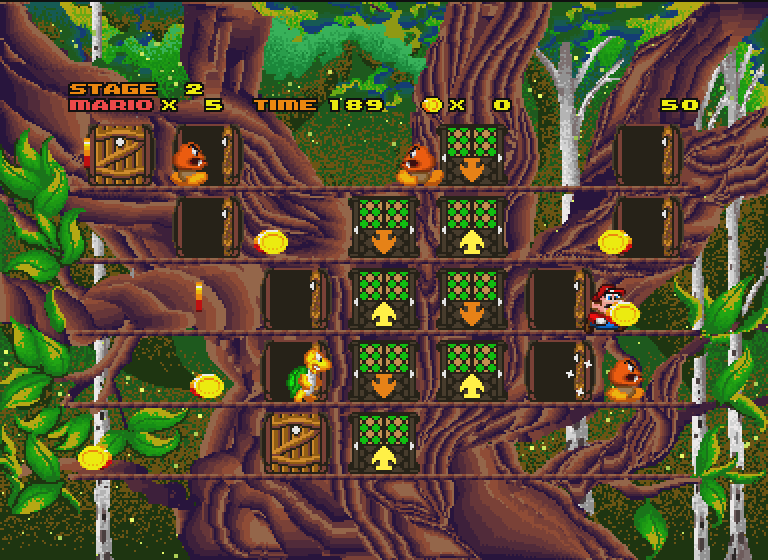 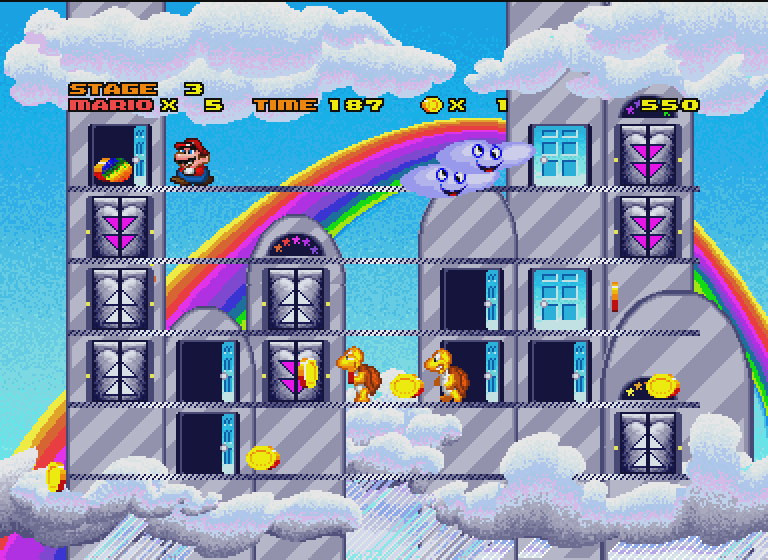 Mechanically, the game feels like a puzzle game in the vein of Wrecking Crew, and you can even tell that game served as inspiration. Working within the limitations of the CDi's power, each stage is a single screen affair (although some stages will link two screens together with a break in between) with all the action displayed in that one screen. The bros move up and down floors, jumping and closing doors, working to clear the stage before the enemies spawn and start re-opening doors. You can really see the Wrecking Crew design when you learn that original the bros couldn't even jump, instead maneuvering in and out of doorways to avoid enemies while working to close all the doors. It was only when a kid of one of the programmers pointed out that "Mario should jump" that jumping was even included.

The game starts off breezily enough, with short stages of only a set of spare floors and a few doors. Enemies from Goombas to Koopas and more (largely taken from Super Mario World) wander the halls, making trouble for the plumber. Getting through the early stages is pretty easy, but as the game wears on the difficulty quickly spikes and it can become quite difficult to get all the doors closed before time runs out. For a simple puzzle-platformer this game can get intensely rude by game's end.

Part of the problem is that the hit boxes on the enemies just aren't very solid. You can jump in to hit an enemy only for them to hit you due to the weird clipping of the hit boxes. This is annoying enough when you're Super Sized, but when it costs you a precious Fire Flower power-up, the only thing that can kill some of the obnoxious enemies in the stages, well then it's positively frustrating. While I'm sure this game went through some QA (as per the stories told about its development) it still feels like it was a rushed product that needed a little more time in the hopper to tweak its coding.

Additionally, the game doesn't really make any concessions for the player. You can get power-ups but they're hidden in the stages. There aren't any power-up blocks; instead power-ups are in rooms and Mario (or Luigi) will have to open doors to find them. Considering the tight time limits on stages (especially the later stages) that means you'll spend a lot of time looking for power-ups so you can memorize their locations only to them run out of time and have to go through the stage again. And considering you only have so many lives, you can end up feeling pretty defeated when you have no time, no power, and no obvious way to beat a stage. 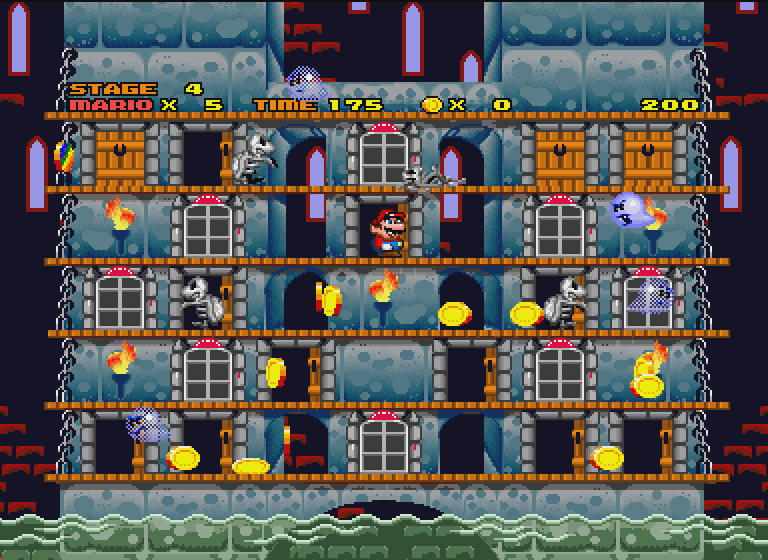 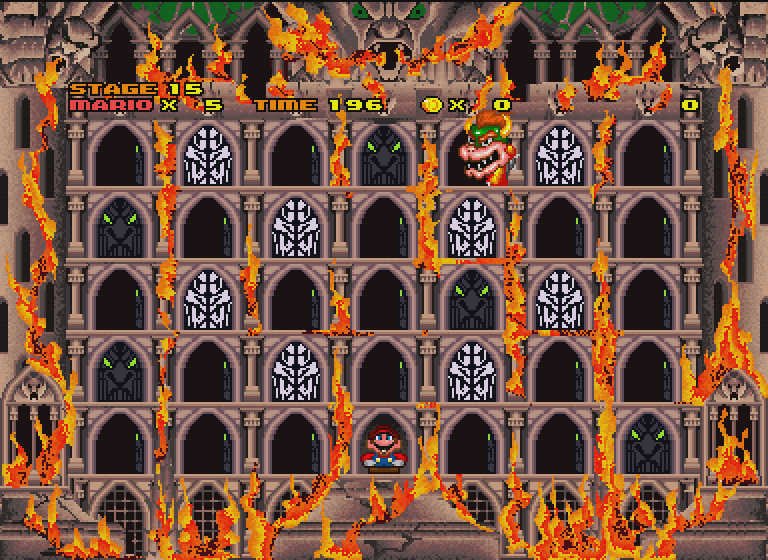 Despite all this, though, I had to admit I was actually charmed by Hotel Mario, at least a little. The graphics are bright and colorful, the sound and music are pretty pleasing, and the overall game play has something to it I enjoyed. I hated the later stages of the game but I did find myself getting into a groove with the game early on. It had its enjoyable moments, with mindless repetition that kept me chugging along from one floor to the next, one hotel to the next. I wish Nintendo had directly developed this game, to put their level of magic, as well as spit-and-polish, on the title, but for a third party attempt at creating a fun Mario game, this title nearly succeeded.

Of course, to really play it right you have to have a CDi and, frankly, that alone is too high a price to pay for Hotel Mario. There might be something low-rent but charming about the title but the system itself was garbage. Everyone I know that got one of these ended up regretting the purchase, especially once better systems quickly started coming out. Hotel Mario might have been one of the better titles for the system but that's a pretty low bar set by an awful console. Do yourself a favor and just realize you didn't miss much avoiding the CDi even if it meant you had to skip this decent, if middling, title.