The Future of the DCEU

It isn't a hot take to say that the DC Extended UniverseStarted as DC Comics' answer to the MCU, the early films in the franchise stumbled out of the gates, often mired in grim-dark storytelling and the rushed need to get this franchise started. Eventually, though, the films began to even out, becoming better as they went along. Still, this franchise has a long way to go before it's true completion for Marvel's universe. has been kind of a clusterfuck since it was envisioned. Technically Man of Steel was the launching point, but the shared universe didn't really get formalized until Batman v Superman: Dawn of Justice and instantly went off the rails. DC tried to rush the process of launching their own shared universe to match what Marvel pulled off with the Marvel Cinematic UniverseWhen it first began in 2008 with a little film called Iron Man no one suspected the empire that would follow. Superhero movies in the past, especially those not featuring either Batman or Superman, were usually terrible. And yet, Iron Man would lead to a long series of successful films, launching the most successful cinema brand in history: the Marvel Cinematic Universe. but they screwed the pooch so hard that the poor dog still isn't walking straight. 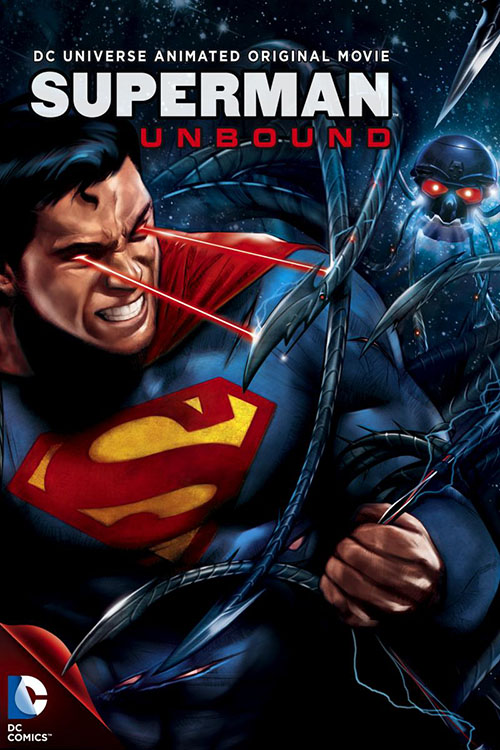 Over the years DC has tried, time and again, to right the ship and get things moving again. After Justice League effectively tanked at the Box Office, the studio tried to course correct into more brightly colored and humorous stories. Aquaman was fun but not exactly great, Birds of Prey was enjoyable bu failed to win over fans, Wonder Woman 1984 was a complete misfire (that seems to have squashed the previously announced third film), and The Suicide Squad went so hard on its R rating that most of the audience didn't show up.

Now, I'm not saying everything DC has cranked out for their cinematic universe has been bad. Many of the above listed films were pretty good. The best that DC has managed, though, was Shazam! and that film worked in large part because it completely ignored the DCEU (something Black Adam reverted). Regardless of which films you liked (if any), the general sense of the DCEU is of a franchise without any clear voice of consistency, something that puts it in stark contrast to the MCU.

DC recognizes this fact. Current president of the combined Warner Bros. Discovery studio, David Zaslav, made it a priority to find a Kevin Feige-like figure to head up DC Studios the way Feige has whipped together and run Marvel Studios. The desire is for a clear voice and a consistently interesting series of films that actually bring people in. To that end the studio hired on a duo, producer Peter Safran and writer / director James Gunn (of The Suicide Squad and Guardians of the Galaxy to "be the Feige," if you will.

On it's own, this seems like a smart move. Both men have worked on projects for the DCEU so they've seen first hand the trouble the franchise is in. Gunn wrote and directed The Suicide Squad which, while not perfect, was a very watchable film with its own aesthetic. It doesn't really fit the DCEU from before, but that was kind of the point. It reinvented the failed franchise better than any previous work had and, between it and sequel TV series Peacemaker, illustrated a potential path forward for the franchise. The goal, at least with what Gunn was doing, was not to just mimic the MCU but to give the DCEU it's own unique voice that gave audiences something new to watch. 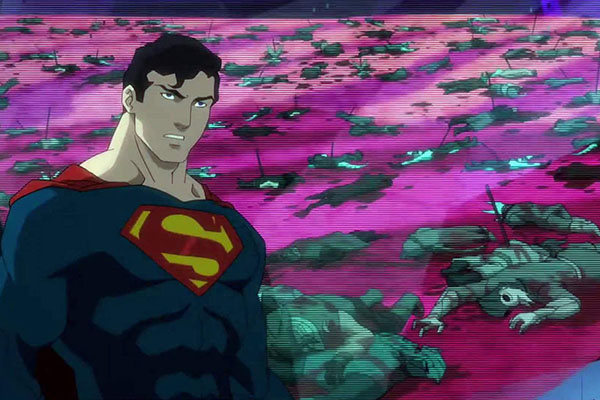 Of course, one major question about Safran and Gunn taking over is whether the films they produce will be any ore successful than The Suicide Squad. In fairness to that (not really a) sequel, it's poor Box Office showing ($168.7 million against a $185 Mil budget) was more due to COVID and a hybrid (in theaters and on HBOThe oldest and longer-running cable subscription service, HBO provides entertainment in the force of licensed movies along with a huge slate of original programming, giving it the luster of the premiere cable service. release) than the film itself. So far Gunn's style of writing has not been proven at the Box Office, but I'd bet pairing him up with Safran is an attempt to control Gunn's weirder impulses in an effort to make bankable movies. Maybe it'll work, and I'm at least on board to see where their first films go (once everything already in production from the old guard is released).

As far as the great DC TV and movie universe, though, there does seem to be some trouble on the horizon. Zaslav has taken an ax to so much of what was working on HBO and with DC's productions (such as the cancellation of Batgirl) and it doesn't sound like that's going to stop any time soon. It was recently announced that Stargirl was getting the ax after it's third season wrapped up (much to the disappointment of fans), and now there are rumors that Superman & Lois is on the chopping block as well. Why?

Well, the word from on high (as per Zaslav's own mouth) is that he wanted the DCEU to mirror the MCU when it comes to film, TV animation, and everything else. One universe, one set of characters, one set of actors. His exact phrasing was, "we don't need four Batmen running around." He'd rather have one version of the character that everyone knows showing up in all media. Thats great in theory but it ignores a lot of what made DC's media so great over the years.

DC has always worked as a multiverse. You had the comics, yes, but also TV shows, movies, direct-to-video animated films, and they didn't often relate to one another. You could watch the DCEU on the big screen and if that wasn't thrilling you then you could switch over to the ArrowverseWhen it was announced that the CW was creating a show based on the Green Arrow, people laughed. The CW? Really? Was it going to be teen-oriented like everything else on the network and be called "Arrow High"? And yet that one show, Arrow has spawned three spin-offs, various related shows and given DC a successful shared universe, the Arrowverse on TV and streaming. for a smaller crossover universe. Or, instead, you could grab something from the DC Animated Movie UniverseWhile DC Comics was amping up production on this big "MCU-killer", the DC Extended Universe they were also quietly putting together another shared movie continuity, the DC Animated Movie Universe. This series was more closely related to the comics, directly adapting a number of famous storylines to, arguably, better effect than the live-action movies could. and get some great animated stories to cruise through instead. Yes, everything was independent so you could have various versions of Batman running around in each format, but then that's how the comics have always worked. Bruce Wayne, Azrael, Dick Greyson, Commissioner Gordon have each served as Batman at one point or another, and sometimes at the same time. Hell, we have Timothy "Jace" Fox, son of Lucius Fox, running around as Batman in the comics right now even while Bruce Wayne is coming back from being dead (again). No one is saying, "we can't have two Batmen!" 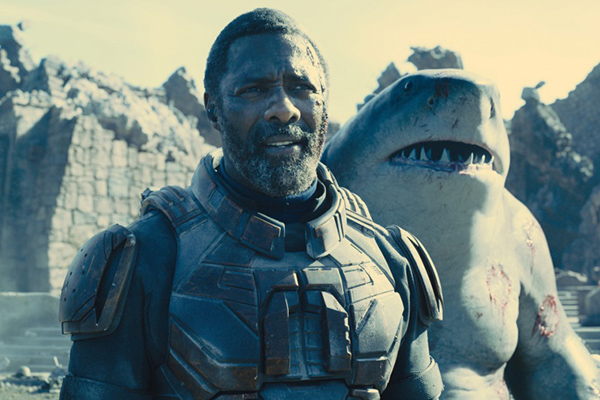 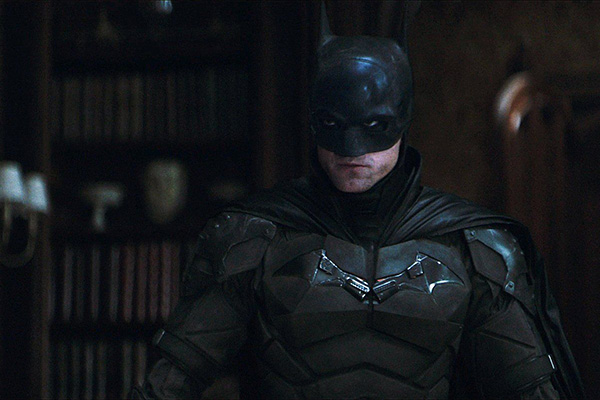 The theory, from Zaslav's statement, is that having Henry Cavill back as Superman for a Man of Steel sequel means that Tyler Hoechlin's fantastic run as Superman in Superman & Lois would be over (and that would also completely wipe away the last vestige of the Arrowverse in the process). If that is actually the case I would say that's a terrible idea. I'm a huge fan of that show, and especially of the way it presents its Superman. Tyler Hoechlin plays a pitch-perfect Superman that really nails all the qualities that make the character iconic. I liked Cavill's film well enough, but I think both can exist in different pockets of the multiverse, without it being confusing.

And you can find other instances of this to point out. If we only get one Batman, who will it be? Pattinson's take which exists in its own pocket universe? Will they somehow merge him in with Cavill's Supes like it's no big deal and quietly brush away Bat-fleck? And what about the current slate of animated films over in the DC Tomorrowverse? I don't think that short series of films has necessarily been that successful (yet) but are they really going to toss it aside to try and merge all the continuity together? Is that even worth the effort for direct-to-video fare? Hard to say what the reasoning would be there, honestly.

It's easy to shit on Zaslav and the way he's butchered HBO and DC to make... whatever it is he's making. The man clearly is a bean counter and not a creative, and a big issue with the way DC (and the WB) has been run over the last decade is that the films were shoved out according to how quickly they could make money (against the MCU) and not for creative reasons. Gunn being associated with the DCEU is a good thing, and solid creative control over the film series is also great. But the rumors swirling around still don't give a lot of hope that DC has finally turned the corner and will actually make a cohesive and interesting set of films and shows people want to watch. Maybe that'll change, but that distant horizon still feels pretty distant from here.