And here we are, after six seasons, we've reached the end of Justified. The show, ostensibly about the rivalry between a U.S. Marshal and the outlaw he used to be friends with, has spent all this time building to a confrontation between the two, hero and villain (although you'd have to think to decide which one was which), with the fate of both characters hanging in the balance. And how did it go... well, not at all the way you would expect (and not necessarily in a good way, either). 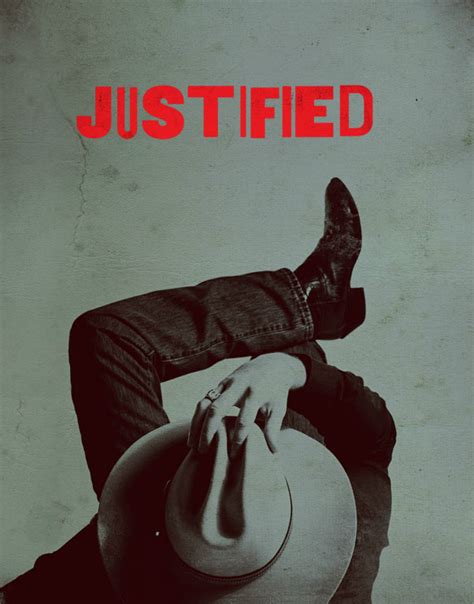 The thing about Justified, it's strength and its weakness, is that it was all about Timothy Olyphant's Deputy Marshal Raylan Givens and Walton Goggins's Boyd Crowder. It was their dynamic that livened the very first episode, and it was the promise of the two of them circling each other, round and round, always vying for the upper hand in their combative relationship, that gave the show its energy. Once the series settled into that, realized that the power of the series was really between these two gentlemen, it had one one place it could go: with one of them killing the other. Anything less would feel like unfulfilled potential.

And then the series failed to fulfill its potential. From the way the fifth season ended, you would think that the whole plot of season six would be Raylan slowly putting the screwed to Boyd, dragging the net tighter and tighter around him until Boyd exploded and went on a spree, leading to the proper final confrontation. That, however, wasn't the case. Instead of that plot line, the show spends 13 episodes basically concerned with other stuff instead.

The sixth season spends its time on Avery Markham (Sam Elliott), a land-buying business man with one goal: grabbing up all the plots in Harlan County that he can so he can start up some farms. These farms wouldn't grow anything so basic as food or animals, no; instead Markham had his eyes set on legal weed, with the assumption that Kentucky would be legalizing the herb within five years or so. Arable land would suddenly become very valuable in the state ad Markham wanted a piece of it. To get that land, by any means necessary (and, since this is Justified, that does mean any), was the goal.

Getting in the way of those plans is Boyd Crowder and the people backing him: one-time Dixie Mafia enforcer Winn Duffy (Jere Burns) and one-time wife of a mob boss Katherine Hale (Mary Steenburgen). They want Boyd to steal Markham's money, the ten million or so he has stashed in his legitimate business (in an impenetrable vault), the Pizza Portal. Meanwhile, Raylan moves closer and closer to taking out Boyd and anyone else that gets in the way of him and his prey. Plenty of violence, and a number of shoot-outs, will be had in the process. 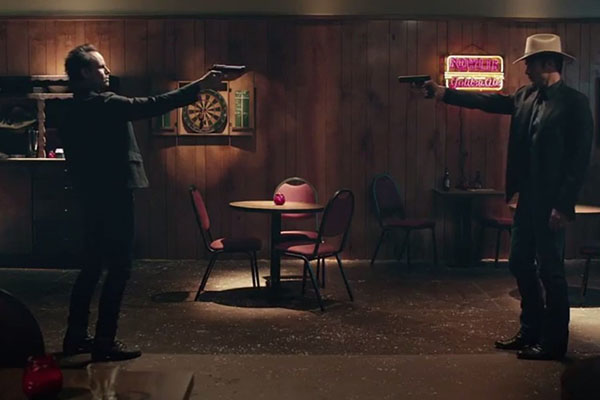 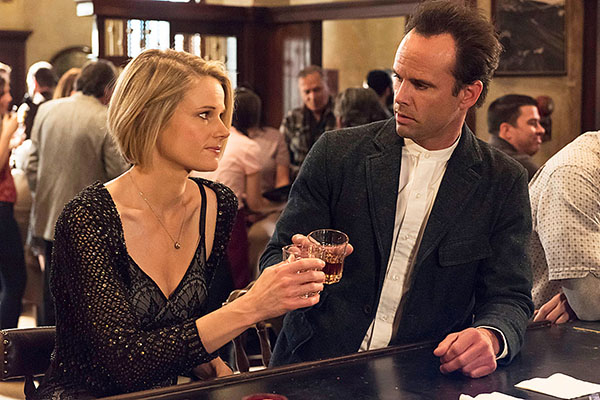 The biggest issue with the sixth season is that it's very disjointed. There are a lot of pieces moving around -- Winn and Katherine and their plans, Boyd and his renegade ways (robbing vaults and taking names), Markham, Markham's men Ty (Garret Dillahunt), Seabass (Scott Grimes), Choo-Choo (Duke Davis Roberts), and Boon (Jonathan Tucker), Loretta and her weed business, Ava and her deal to get out of prison, and on and on. All of this mingles together without ever really feeling like it goes anywhere, and then suddenly it all just kind of explodes out and ends. It lacks flow.

What the season needed was tightening up. Markham, and all his men, needed to go. While I can see the idea of trying to put someone more evil than Boyd in a season, it shouldn't be the last season. Anything that pulls away from Raylan and Boyd weakens the momentum of the season. This should be their confrontation, not "the story of a bunch of other stuff and then, oh, Raylan and Boyd talk it out." And talk it out they do, in essence, as there's no shoot-out between them at all. The show presents this like it's a moment of growth. "Look, Raylan, you did the right thing." Except he's shot every other person that pulls on him, and then he goes and shoots someone else after, so it's not like there was any actual lesson learned here.

Worse, the person that ends up pulling on Raylan is Boon, an empty-shirted character who's only defining trait is that he wants to be a bigger outlaw than Raylan. It's Raylan's show, though, so unless the series wanted to kill him in the last seconds (which, spoiler, it did not), a move that would have really angered the fans of the show, that was never going to happen. The whole point of Boon is to give Raylan one more shoot out, one more chance to get clipped, and maybe to illustrate that he isn't actually immortal. Beyond that, though, Boon gets the confrontation that Boyd deserved.

On the list of other things that should have been removed: Loretta. Don't get me wrong, I like the character in theory and her moments in the season are great. But if you get rid of Markham, and his desire to own all the (legal or otherwise) weed in the state, then Loretta doesn't need to be there either. Over five seasons the only thing we've really learned about the girl is that she really likes growing, and selling, weed. When the show ignores pot it ignores Loretta and that's that. While she's fun in her scenes she doesn't move the story forward, and there's no big build up to her, say, becoming the next Boyd Crowder or something. She's here, then she's gone, and the show doesn't really care about her in the long run. 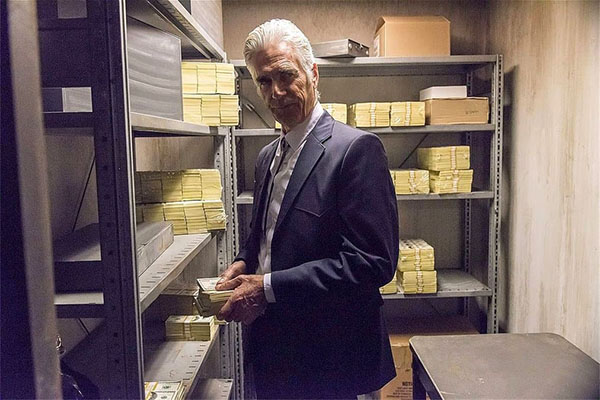 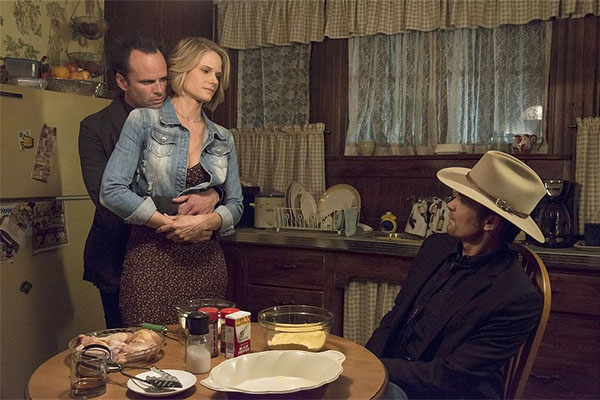 That's actually an issue with every character in the show: they really only matter when they are a factor in the lives of Raylan or Boyd. If they don't have an impact there then the show can dismiss them like they never existed. What kind of character development have we ever gotten for Art, or Tim, or Rachel? Hell, what arc does Ava really have this season? She exists to screw with Boyd and motivate his actions, but Ava barely had much of an arc, all things considered. The show only has eyes for Raylan and Boyd, which is why it tries to redeem Raylan (and fails to do so) and tries to show that Boyd isn't the worst person in the world (so it can justify saving him in the end).

It leaves the show feeling like it grew cold feet. There was an inevitable plot line, and inevitable conclusion, and the series constantly shied away from it. We had the promise of what was supposed to happen, setup in the very first episode, and then in never pays off. We needed Raylan and Boyd to have it out, to really do their thing, because anything else wasted the time of both of those characters, as well as every other character in the show (and everyone watching).

Justified was never a bad show but, going back and watching it now, I have to admit it also fails to rise to be a great show. It had good actors, and solid moments, but its meandering pacing and unwillingness to commit to what had to be holds it back. Six seasons we watch Raylan take out bad guys left and right but, in the end, the show basically ends up right back where it started, with Raylan alone, in Miami, wearing a cool hat and willingly shooting anyone that steps out of line. One would hope, after all that time, the show could have accomplished more than that.