You Could Even Say It Was... Oh, What Was the Word?

Elmore Leonard is probably one of the more successful writers in the Hollywood pantheon. He wrote 26 books, a number of which want on to become movies or shows, and a few of those had screenplays written by none other than Leonard himself. And of those movies and shows, many were pretty big hits. Not of them hit, mind you, but when they were successful they were really successful, to the point that there was a good stretch of time there where Leonard was a household name, up there with Michael Crichton or J.R.R. Tolkien (although without all the sci-fi, dinosaurs, or elves). 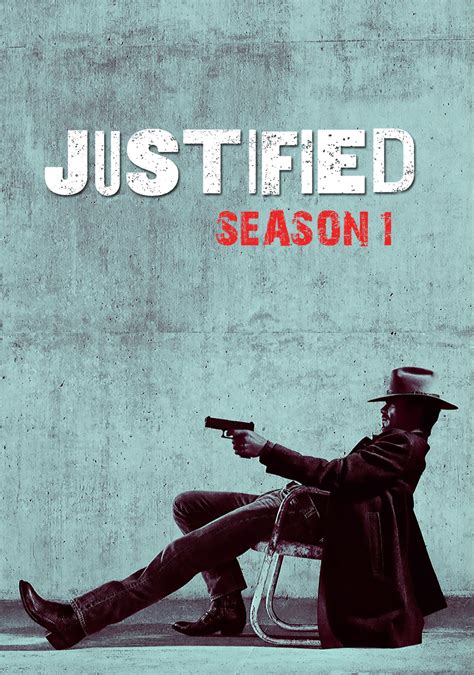 Where other writers that also broken into Hollywood generally wrote genre fare (as we know it, i.e. sci-fi and fantasy), Leonard can up in the time of westerns and crime stories (the genre fare of their era, to be sure). He never really shook that vibe, remaining a crime story author (usually crime stories with a bit of humor to them) right up until he died in 2013. And even then his works continued to live on. Certainly the most successful show ever to bear his credit, Justified, remains a lasting burnish for his legacy. It's that good of a show.

Coming out of the gate running in its first season, Justified tells the tale of Deputy U.S. Marshal Raylan Givens (Timothy Olyphant), a lawman cut from the cloth of all the old western heroes of a bygone era. Wandering around in his tan Stetson, a gun on his hip and an itchy trigger finger on his hand, Givens is the kind of lawman that will likely shoot you if you step out of line, years of training teaching him to fire when ready (and he's always at the ready). This has kept him alive but hasn't kept him out of trouble.

After a shooting in a Miami restaurant (where it could be argued Givens provoked the criminal into reaching for his gun so the Marshal could shoot him), Raylan is transfered to the Kentucky office, over seen by his past friend Chief Deputy U.S. Marshal Art Mullen (Nick Searcy). This meant as a punishment of sorts as the last place Marshal Givens wanted to go was back to Kentucky, the place where he grew up that he fled just as fast as he could. Once there, though, he gets wrapped up in the drama of the land, dealing with his old friend now turned Neo-Nazi organizer, Boyd Crowder (Walton Goggins), a new girl making the moves on him, Ava Crowder (Joelle Carter), his ex-wife, Winona Hawkins (Natalie Zea), and a whole lot of crime and baggage. It'll take a lot for Raylan to keep his gun in his holster as the criminal element of his home state comes calling, leading to more than a few shootings by the time the season ends.

The smart thing about the way Justified is set up is that it never absolved Raylan of what he's done while, at the same time, keeping him eternally in a murky grey area. Was his shooting of the criminal in the Miami eatery justified (a word that is said a lot in the first episode)? Probably, but as we see a lot over the course of the first season, Raylan is prone to thinking with anger, and as a lawman with a gun on his hip this does mean he more often thinks about shooting than he should. 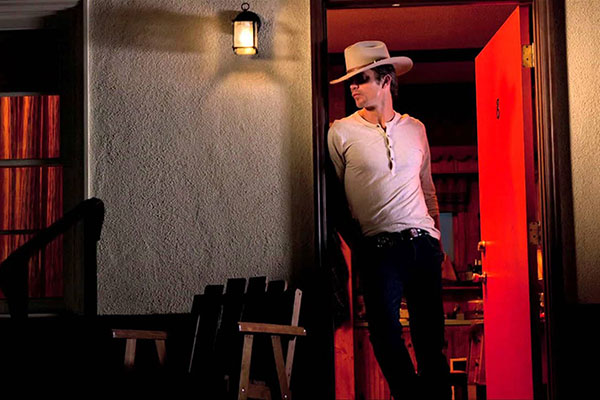 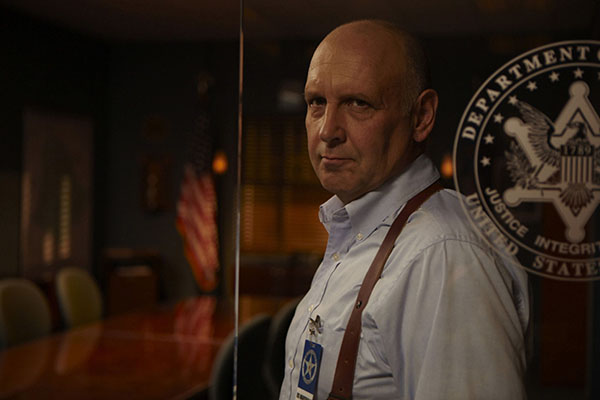 Going back into this show with all the news of bad cops and increased police violence I was expecting to have issues with this show and its depiction of the Marshals. Surprisingly, at least in this first season, that wasn't the case. Some of that is because the show is predominantly white, and issue I'd have were it not or its lilly-white setting in the deep country of Kentucky. That's not to say the show doesn't have people of color, like Deputy Marshal Rachel Brooks (Erica Tazel), or that it avoids issues of race, just that the show wisely keeps its guns (so to speak) squarely focused on the white criminals and their dirty deeds.

The fact that many of the people Raylan has to go up against are much worse than he is does help the show keep is toes firmly in front of the line of going too far. When Boyd Crowder is introduced as a Neo-Nazi (his plotting changes over the course of the season, but this is our first impression) it does show the level of criminal activity we're dealing with and the kinds of people Raylan has to fight against. he battles Boyd, Boyd's father Bo (M. C. Gainey) who runs the drug trade in Harlan Co, KY, and even the "Dixie Mafia", all of which are nasty characters. Raylan, gun at his side, is out of place in "civilized society", but for a place that seems just one step away from the Wild West, Raylan fits right now.

He probably fits in just a little too well, as his bosses know. There's a struggle for the characters between trying to rein Raylan in and dealing with the fact that he's the best man at dealing with the folks down in Harlan. He knows them, he is one of them, and he can get information (and find people) that the other members of the Lexington Office simply can't (because they aren't from around there). More often than not Raylan isn't the one to shoot first, and he's not even instigating many of those incidents, but there is the idea that "a dog that bites will always bite" and Raylan, and his gun, very much become like that dog. We're always just a few hours away from a shoot out that, likely Raylan is a part of.

Honestly, the show wouldn't work without Timothy Olyphant in the lead role. Raylan would come across as too much of an asshole, too big a shoot-happy criminal like all the people he's fighting against, were it not for Olyphant's swagger and charm. There's an intensity to the actor that sells the rage in Raylan just beneath the surface, but he's also able to sell the fact that the Marshal is a good guy, that he's just trying to do what's right even if his instincts tend to lead him into violence. It's not a state he wants its just a state he knows. 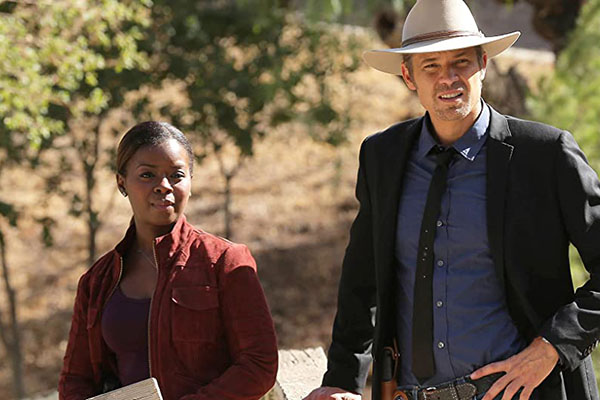 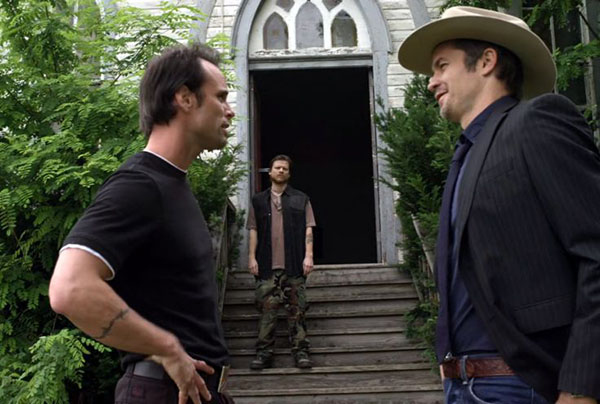 The series is the Raylan show, through and through. He's in almost ever scene and is the motivating factor behind a lot of what happens. That said, he does have a perfect foil in Goggins's Boyd Crowder. Rumors are that the character wasn't supposed to survive an initial encounter with Raylan but, due to how well he was played by Goggins, the plan for the season (and eventually the series) was changed. Goggins is just as charismatic in this role as Olyphant is with Raylan, but Goggins gets to enjoy the dark side more, making or a fun and engaging villain (or, at the very least, anti-hero) for the series. The two characters working together are a solid mix that keep the series lively.

Honestly, this first season sets up so many good things its no wonder that the show was able to go six full seasons without feeling repetitive. The adventures of Raylan are bloody and dark at times, but there's a fun Western storytelling here that works so well. That's a credit to the inspiration for the show, the Leonard short story "Fire in the Hole", and how well the creators on this series were able to take the Leonard-style storytelling it work it out to six full seasons. The show, like its lead character, has an ability to casually ride in, hat on head, and dominate the room. It's engaging and exciting, powered by strong characters and solid writing. Even now, on my second time through the series, I find myself devouring it, a testament to how good the show truly could be.