Are We Actually Going to Get Shorty This Time?

We've already gone over the original 1995 Get Shorty film that starred John Travolta. A amusing lark at the time, the film hasn't exactly aged well and certainly isn't anywhere near as good as I remembered it. When it was announced that a new TV series would be based on the same source material, my first question was: how are they going to expand that trifle of a story enough to make it fill 10 or more episodes (let alone multiple seasons of story)? 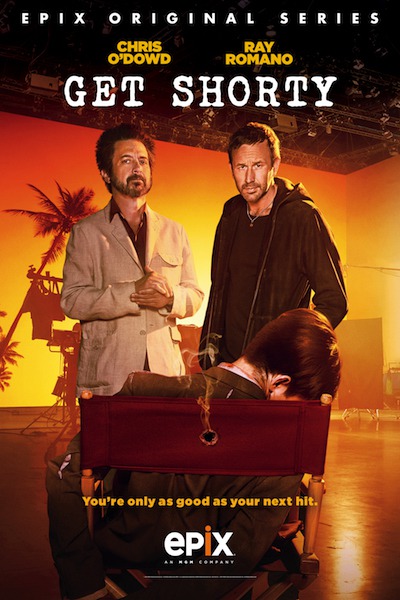 The answer is that they threw almost all the film's story away and came up with something very different. Now I haven't read the original Elmore Leonard story that both productions were based on, but from what I can find Online, the book and the original movie are very similar in subject and scope. That means the new TV series (originally airing on Epix and then eventually streaming on Netflix) is a stark diversion from what came before, an adaptation in name only. And, really, from what I've seen so far, that was the right choice to make.

The new Get Shorty follows Miles Daily (Chris O'Dowd), a low-level goon for Amara De Escalones (Lidia Porto), the head of a small-town Nevada extension of the Mexican cartels. Miles, along with his buddy Louis (Sean Bridgers), handle odd-jobs (read: dead body disposal) and money collection for Amara. They get sent to Los Angels to track down a guy that owes Amara money, but in the process they get a taste for the Los Angeles lifestyle. The guy they track down is an aspiring writer and he tries to pitch them on letting him live and he would cut them in on production for his script. Of course, the guy gets whacked, but Miles takes the script, "The Admiral's Mistress", and starts to think about movie producing.

Once they're back home in Nevada, Miles pitches Amara on movie production, telling her how she could potentially make a fair bit of money in the movie business. She agrees, and Miles and Louis begin a career as movie producers. This is just fine for Miles as he really wants to find a new line of work other than being a gang enforcer, especially since it might just help him win back his wife and daughter, Katie (Lucy Walters) and Emma (Carolyn Dodd). He just has to deal with shady producers, sketchy movie companies, and a whole lot of people he has to fight, blackmail, and kill along the way. Hollywood, apparently, is a lot like the cartels.

As noted, the Get Shorty series greatly expands the scope of story over the film and book. The original story is mostly about Chili bouncing from one event to another, all during preproduction of the possible movie (and then the film skips to the end and the movie is already going and everything ends happily). The new show, though, takes us through the process, setting up one problem after another for Miles, always forcing him back into being an enforcer, inch by inch, despite trying to escape that life. By giving us a full perspective on the whole process for "the Admiral's Mistress" we get a greater appreciation for the work being done and how much Miles's life is changing when he moves to Hollywood (and how much he has to fight to keep it all together). 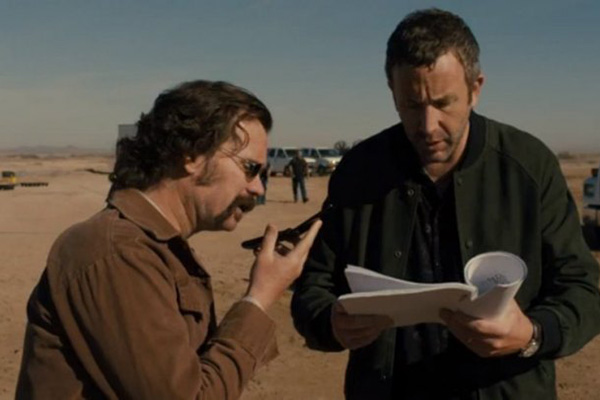 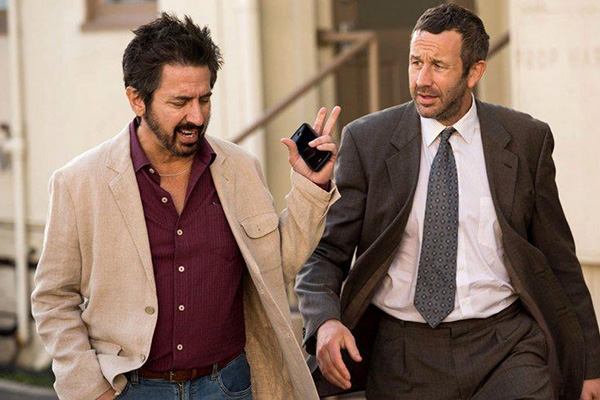 While the original story was a comedy about Hollywood, the actual movie they were trying to make always felt like an afterthought, a joke of a script to laugh at. That's not the case here -- all the characters are very passionate about "the Admiral's Mistress" and you get the feeling that the movie could actually be really good (if only crap wouldn't constantly get in the way of the production). The original story had a silly name, "Mr. Lovejoy", and we never learned anything about the actual script (Chili never seemed to get around to reading it). But Miles is passionate about "Mistress", and that level of caring is reflected in most of the characters in the film. This isn't just a plot point but one of the main plots of the story.

But then this movie doesn't treat the material anywhere near as jokingly as the original film did. Instead of deriving humor from Hollywood itself, most of the jokes in this new series come from the juxtaposition of Hollywood against the Mexican cartel enforcers. No one seems quite ready for what Miles and Louis are going to do because the Hollywood of the series is a soft place -- the two enforcers roll right over it, molding their production to suit their needs. While Chili in the original story glided through Hollywood, becoming one with it, Miles and Louis stand out, forcing Hollywood to adapt to them.

That not to say everything is easy for the two of them, no. Their problems just don't really come from Hollywood. Everything is really put on the skids any time Amara and her gang get involved. While Miles is the big fish when he gets to Hollywood, Amara is still his boss and a damn scary lady. Because she has a ton of money in the picture, Miles has to keep moving, ensuring the film happens without a hitch. Otherwise it would just be her money but his life that's lost. It certainly changes the dynamic of the story, giving him someone to actually fear, someone that can pull his strings and cause genuine distress.

So the Hollywood side has been greatly beefed up and improved in the new series. What doesn't work as well, though, is Miles's personal life. While I certainly liked Katie and Emma as characters, I never felt like the series really had a good way to integrate them into the story. By design Katie wants to keep herself, and her daughter, away from Miles's darker life, and this forces her to cut ties with him before the series even started. Part of his plot line is winning the two of them back, but this turns Katie and Emma into prizes to be won. Their relationship to the story is always through Miles and not via their own plot lines. This almost changes when Miles gets Emma a small part in "the Admiral's Mistress" as a servant girl. The role could have been a launching point for her own career which, in turn, would spin her off into her own Hollywood stories. But once she gets a whiff of the life Miles actually leads, she quits the movie. 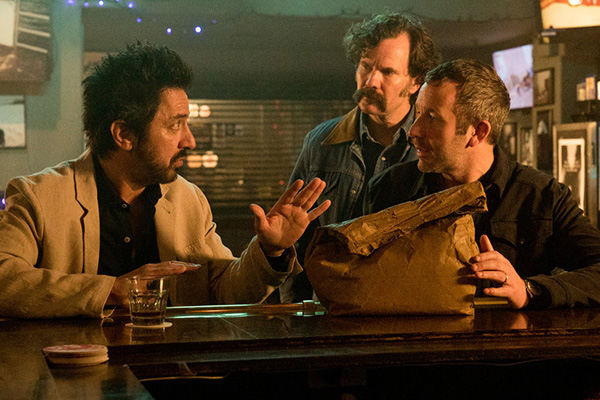 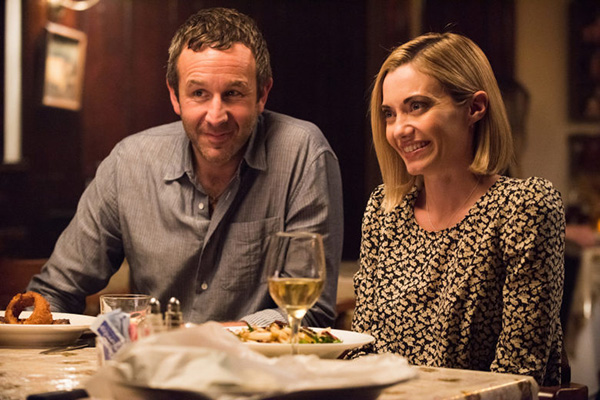 It's an unfortunate plot line because without that connection, without a reason for Emma to be around Miles, and without a storyline of her own, Emma becomes less interesting. Everything about her, then, is back to just being about her father. Katie then just goes back to protecting Emma, and neither of them make any real character advancement forward. By the end of the first season Katie and Emma are essentially back where they started while Miles has this whole new life and new prospects on the horizon. In fact, just about everyone has moved forward by the end of the first season, including Amara and Louis, which makes me wonder why they couldn't find a way to do the same for Katie and Emma.

Season two recently finished airing so I'm hoping Netflix will get it before too long. I hope they found a way to integrate Katie and Emma into the story better while still pushing forward on the great Hollywood-vs-Gangsters storyline they already have going; I'm certainly interested in where the series is headed. With a little more tweaking and some improvements to the storylines for the women in Miles's life, this show could be really awesome.