I Have This Other Idea...

Recently, the new Get Shorty TV series came to Netflix (the series first airs on Epix, so it's not a Netflix Original). I did already sit down and watch through the first season of the show, but before I could write about it I felt like I needed to go back and watch-and-review the 1995 film that came before. It's a movie, to be honest, I tend to forget exists. I always remember it as a fun trifle, but it's not the kind of movie that really sticks in my brain. Before I could say what the show did better or worse than the original I had to first go back and see what the film was all about. 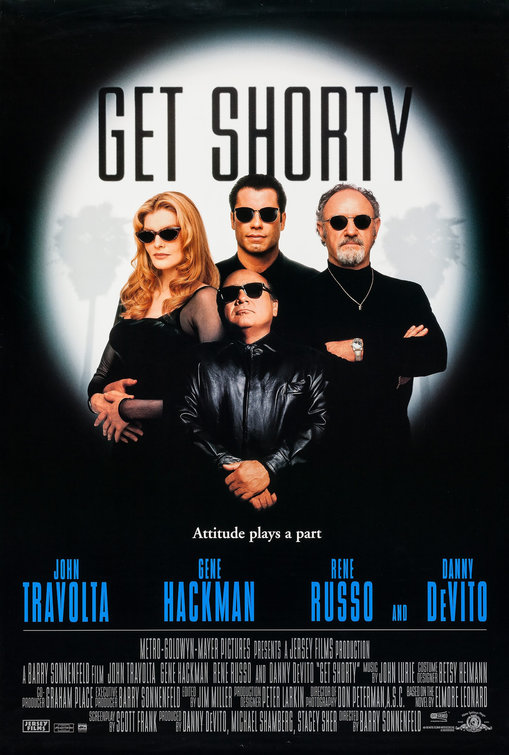 Produced at the height of John Travolta's big, Quentin Tarantino-fueled comeback, Get Shorty tells the tale of Chili Palmer (Travolta), a low-level mob-affiliated bookie. When his boss, Momo, dies of a sudden hart attack, Chili put under the control of Ray "Bones" Barboni (Dennis Farina), a Mob enforcer with a grudge against Chili. He sends Chili out to recover a $20k debt from the wife of a recently deceased guy, which then spins Chili out to Las Vegas to actually track down the guy (who managed to convenient fake his death and grift $300k from an airline in the process). In the process of collecting this debt, though, Chili also gets wrapped up helping a Casino collect another debt, this from Hollywood producer (of B-movie schlock), Harry Zimm (Gene Hackman). This then gets Chili a foot into the Hollywood scene, a couple of possible projects to launch, and a whole lot of other shady people to deal with as only a made man can.

Based on an Elmore Leonard novel, Get Shorty is one of the Leonard-style sprawling larks, a movie about guys on all sides of the law just trying to get ahead (and most of them failing). Like the Cohen Brothers, Leonard always seems most interested in exploring the failings of humanity, pointing out the stupidity of his characters as they sank further and further into problems of their own design. Get Shorty has a number of the characters, from Hollywood producer Zimm, to Mob enforcer Barboni, and Limo company owner and all around bad dude, Bo Catlett (Delroy Lindo). Watching these guys ineffectually plot and scheme around Chili is what gives so much of this movie its energy. There's real humor seeing these guys try, and fail, to get ahead and pull one over on Palmer, and it's the reason why the film is well remembered.

Of course, people also remember Travolta's calm, cool turn in the lead role of Palmer. Chili Palmer is a cool customer, one played with a decent level of menace by Travolta. That said, I never really believe Travolta in the role -- he always plays it from a slight distance, like Palmer is a mask that Travolta is trying, and failing, to put on. There are a few scenes where he gets it right, like an early confrontation between Zimm, Palmer, and Bo at Zimm's office. He can command some of his scenes, being the big swinging dick in the room. Other times, though, Travolta's own goofy personality breaks through and the illusion of Chili Palmer is broken.

The worst of this is during the Hollywood production scenes. While Travolta is going up against shady limo dealers and Mob toughies, his character holds. But this film is half mob-movie, half Hollywood parody, and its in the latter half where Chili stops really being a character. Travolta here seems like he's having more fun playing a Hollywood actor hanging out with other Hollywood actors, and whoever Chili is supposed to be is secondary to just getting to bro-out and poke fun a the Hollywood machine. 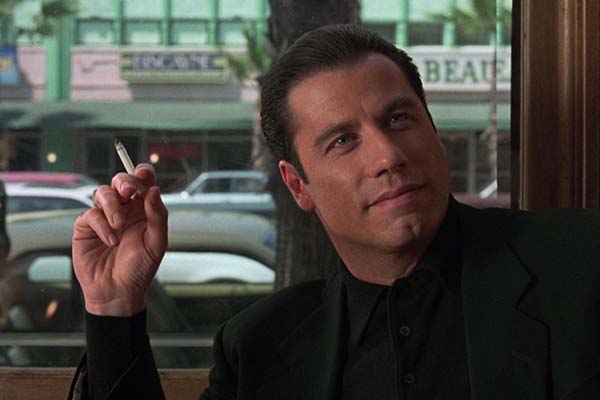 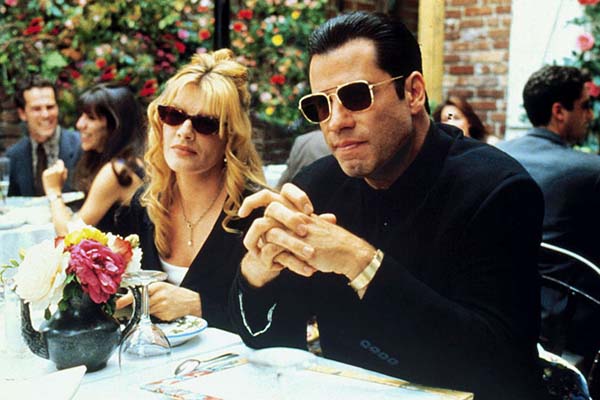 This is most obvious in the scenes with Danny Devito. I like Devito normally, especially when the actor gets to play over-the-top, uncontrolled rage. He's got it in him to play that kind of amusing, hilarious anger, but that's not the character he's given here. In Get Short, Devito is tasked with playing Martin Weir, a serious, Oscar-winning actor. He's as uncomfortable playing a serious actor as Travolta is playing a mob enforcer for these scenes. Together any scene with both actors just drags on and on, a parade of unfunny moments that don't really go anywhere.

I think a lot of this is because the middle act of the movie centers around a specific script, Mr. Lovejoy, that Zimm has and wants to make. The shady limo guy wants to invest in the movie (with shady money, of course), while Zimm wants to keep his vision pure. Weir is brought in to play the lead, but every meeting he has with Chili (acting as producer on the movie) devolves into them talking about Chili's actual case (as a Mob book-maker) and how that story is evolving into it's own movie. By the last act, Mr. Lovejoy is completely thrown out, ignored by all the characters as if it didn't exist at all, leading me to wonder why it was a plot line at all.

And there's a lot of that going on in the movie. There's a bag full of drug money stashed at the airport. Bo put it there, and he's well aware than the DEA is watching it. Mexican cartel guys come calling for the money, which sets off parts of the third act. But then the Mexicans disappear, never to be mentioned again. The DEA are used as a prop a couple of different times, but there's no real resolution to their story (just an implied one). And many of the violent actions the characters take have little to no consequence despite how things like this would play out in the real world.

In a way, Get Shorty feels a lot like the movies it's making fun of. It's stitched together from the ideas of a lot of different films -- Mob thrillers, drug-running dramas, action-comedies -- without ever really focusing on any on plot line enough to really get resolution. And then it just kind of ends, not in a satisfying way, but just like the producers ran out of material and thought, "eh, good enough." 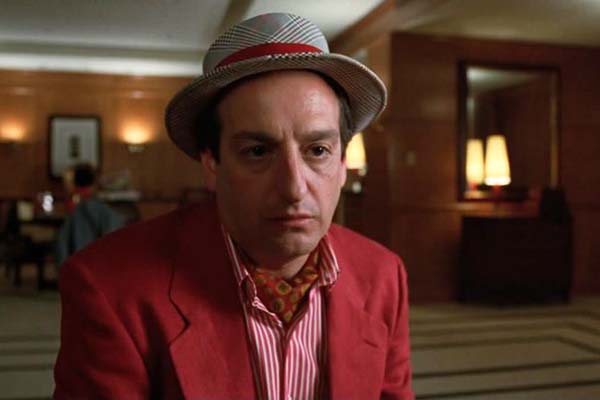 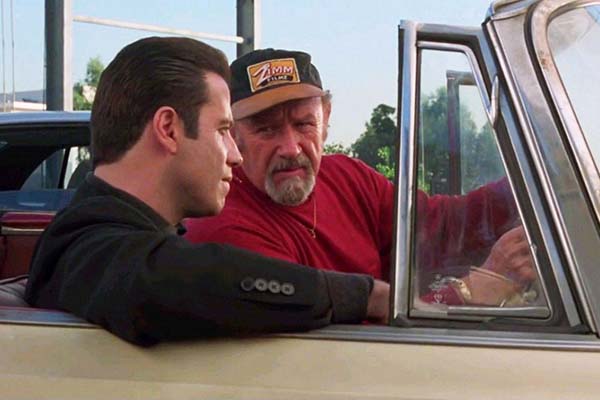 The production team tries to get away with many of the flaws by pointing them out in the movie itself. Travolta isn't really believable as Chili, but then when he tries to get Martin to an impression of Chili, Martin does an even worse job. Chili never comes up with an ending to his script and, guess what, neither does the film. Things just happen, and then it all ends. And I guess that's Hollywood.

In places Get Shorty is enjoyable. It had real moments where you ignore how fake everything feels and can just invest in the characters. Most of the time, though, it's just a messy production, shallow and unsatisfying. I had hoped that the movie would be enjoyable going back to it after all these years, but I have a feeling that instead I won't be watching it again for quite some time.