The Devil Come Up From Florida

I'll be honest, I've been struggling to care about Justified the longer I go into this series re-watch. My wife gave up near the end of season three and I've been trying to truck through on my own ever since. Fact is, though, that it feels like the show loses a lot of its momentum the further away it gets from its fantastic first season and now, deep into the weeds of Kentucky, the show largely feels like it's going through the motions. 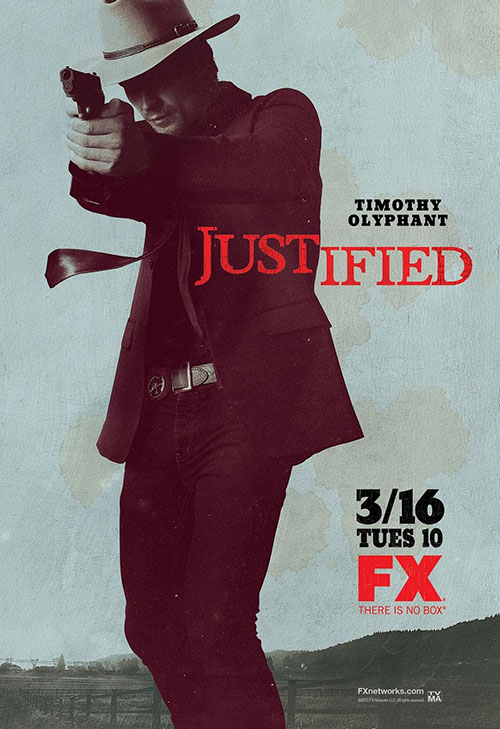 The reason I say this is that I sat through all of fourth season of the show and, once it was over, I could barely remember anything that happened. Boyd Crowder wanted to grow his business, the Dixie Mafia had an issue with it. Some people threatened Raylan, he had to shoot them. He can't get along with his woman, Winona, and... yeah. it all just feels like the same stories we saw in season two repeated again, and then again by the time third season rolls around again. The only change this time around was that the bad guys were less memorable.

Okay, that's not entirely true. There is a plot line about everyone looking to get their hands on Drew Thompson but no one actually knows who the guy is. Drew dropped into Harlan 30 years earlier, a bag full of coke and a dead body in his wake, and he was wanted by the law, by the Dixie Mafia, and everyone in between. But then he just disappears, never to be seen again. Finding him is ostensibly set as the mystery of the season but, honestly, it's a lousy one. In part that's because the character revealed to be Drew Thompson is a recurring side character that we already saw in a different context in seasons one through three and he feels decidedly shoehorned into this role. And also, frankly, because there's no energy to the manhunt. It's a lackluster plot line

Things do pick up some in the fifth season, not because the plotting gets better but because the characters are at least more memorable. This season introduced the whole of the Crowe clan. We'd already seen plenty of ne'er-do-well (and general fuck-up) Dewey, but the series brings in his cousins from down in Florida -- Michael Rapaport as Darryl Crowe, Jr., A. J. Buckley as Danny Crowe, Jacob Lofland as Kendal Crowe, and Alicia Witt as Wendy Crowe -- along with their friend and business associate Jean Baptiste (Edi Gathegi). Once hey come up to Kentucky they horn in on Dewey's setup (as the poor loser won a bunch of money from the government and bought Audrey's whore house) and basically take over his operation... and more. They have designs on being the new crime family of Kentucky, something neither Raylan nor Boyd want, for very different reasons.

The thing about the Crowes is that, as much as you want to hate them, they are at least effective villains. Leader Darryl is a real piece of work, played with redneck relish by Michael Rapaport. It's Rapaport that gives the season its real energy, playing off Boyd and Raylan and finding ways to worm his way into ever facet of life in Harlan. While Raylan and Boyd essentially go through the motions of the story once again, circling each other from opposite sides of the law, Rapaport's Darryl adds just enough grit, and sleaze, to the machine to make everything interesting, at least a little. 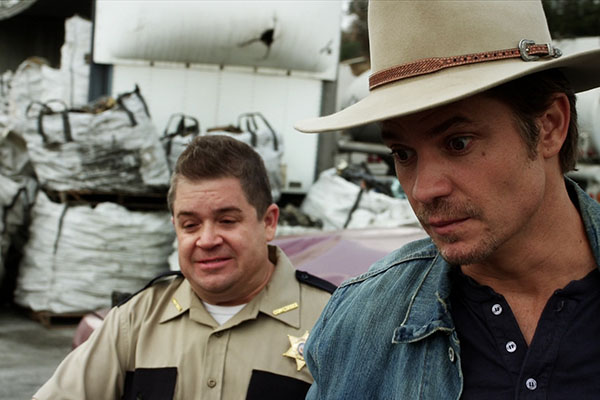 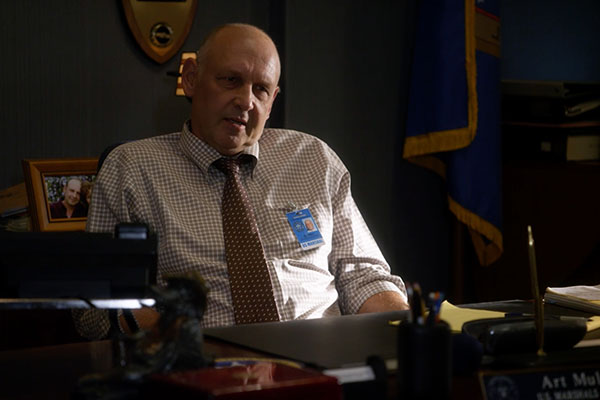 Credit also has to be given to Alicia Witt as Wendy, the beleaguered sister of the crew. While all the men in her family run a low-rent crime syndicate (very low rent, it should be said), Wendy has tried to keep her nose clean, working as a paralegal so she can assist the rest of the family in getting out of trouble (time and again). The tension for her character is balancing what she knows about her brothers' business and what she doesn't so she can stay just far enough above everything. This also leads to battles between her and Darryl as he feels she's "above" all of them with her squeaky-clean attitude.

The rest of the crew, though, are certainly weaker links in the chain to be sure. Danny Crowe is a giant, mean and foul, thug. While that can work as a character when some depth is applied, the show doesn't actually have any interest in applying any really nuance to the character. He's just mean and cruel and then he dies without even having an arc on the show. I get that some people have dark sides and not everyone is going to find redemption, but for someone that's a major figure of the season (and an agent of chaos throughout) you would hope the show could do more with him. Hell, his analogue in the second season, big dumb Coover, has more nuance to him than Danny gets.

Meanwhile the youngest of the lot, Kendal, is little more than a pawn for the show to bat around. Although he's a different kind of character than Danny, being a young kid, one that tries to be mean but doesn't really have it in him, the fact is that the show still doesn't really know how to give the kid a real arc. he doesn't have any true agency of his own, instead just batted around by one character or the next to try and get a leg up on the other side. Some of the issue is that young actor Jacob Lofland doesn't really know how to make this character interesting to watch, but even then the show gives him so little to do that there's nowhere for Lofland to really go as Kendal.

The rest of the show is just another round of going through the same motions once again, sadly. Raylan pops up to ruin Darryl's plans, to mess with Boyd, to shoot people once in a while when they get out of line, but it hardly feels like he's moving forward at all as a character. Boyd, too, is more or less stuck in neutral, always making some big plan only to end up right back where he was before. Eva does get an arc, being stuck in prison for the season, but here it feels like a caricature of prison, one meant simply to punish the character over and over again without any real lesson to teach her. She's there because she was sloppy but she stays there because... the show can't think of anything else to do with her. It's not great writing. 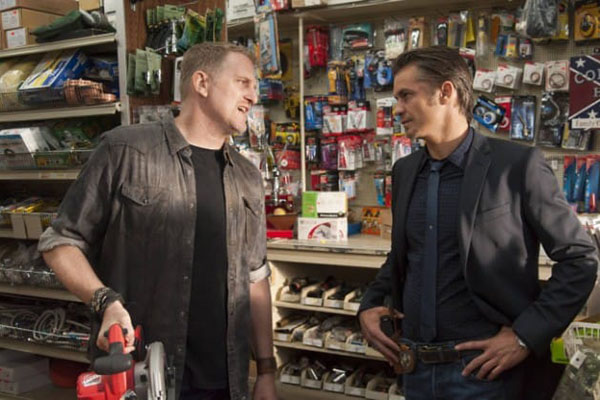 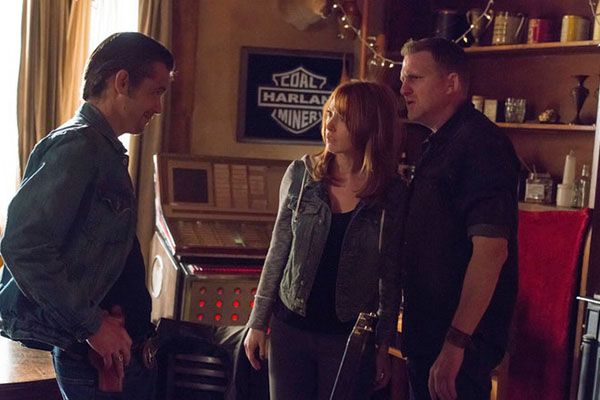 This is my issue with these two seasons (and really the previous third season as well). While the acting is great, and the show has it's formula down to a tee to make for easy viewing week to week, there isn't a lot of substance going on here. Everyone runs around, crime happens, and people die, but at the end of the season every major figure ends up right back where they started to go through it all over again the next time around. I like this show for what it is but I have to admit that, deep down, the Justified lost its way the second it killed Mags Bennett.